I don’t  know about you, but Christmas contours up some wonderful memories from my past.

I had thought about sharing a couple with you, so when I came upon a bunch of old photos recently uploaded to my hard drive, that sealed the deal. 🙂 So… while I putz around with the house this week creating new decor material to blog about, allow me to bring to you a story I hold near and dear to my heart. 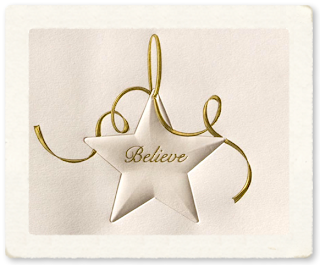 When Santa came over

My last home was located in a fairly remote area on 5 acres. We had neighbors, but they were far enough away where if you shouted, they MAY hear you… IF they were outside and beside the fence.

So we sort of got use to doing our own thing on our property.  When you’re on that much land, you can escape out your back door and wander to your heart’s content without leaving your own parcel. 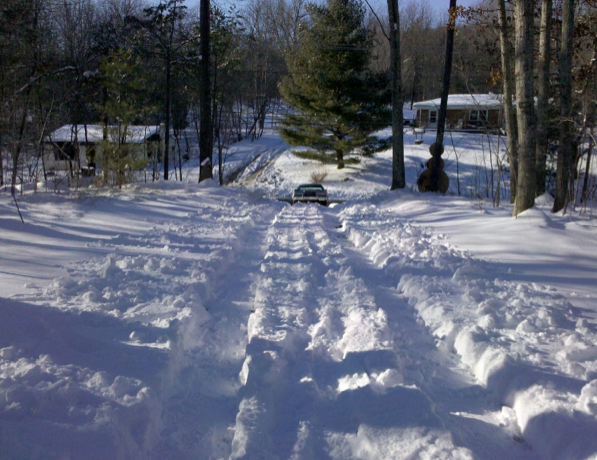 
Once in a while a neighbor would stop by. Our long curvy gravel driveway crunched underfoot with every oncoming visitor, alerting you that there WERE other people in your midst only a short drive away. And one evening on Christmas Eve, our gravel driveway spoke yet again.

I had been alerted that this visit would happen, so I was ready. A kindly neighbor bachelor had called asking if my boy would be home Christmas eve so he could make a little visit. He told me what he had in mind and I was giddy with the anticipated plan of action. So I made sure the curtains were pulled tightly shut so my son wouldn’t see the vehicle approaching. 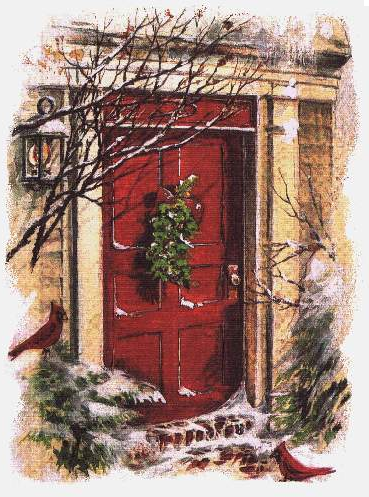 When I heard the crunchy gravel doorbell, I quickly diverted my son’s attention to the other side of the house so he wouldn’t hear. And when the knock on the door finally sounded, we went to welcome our visitor.

When the door swung open, my son gasped. Hot tears stung my eyes for my son. The perfect Santa detail, from head to toe stood glowing before us.

By glowing, I really mean it. Santa’s convincing beard had the most exquisite perfect curl and sheen. And his leather boots were equally amazing, which shone to perfection. The suit was a high grade copy that wore the perfect traditional Santa detail. The purest of white gloves were remarkably spotless. And those authentic black horn rimmed glasses finished the image off. This wonderful man had gone the extra mile (make that 40 miles) and had created the perfect Santa fantasy image only storybooks and movies drew up for you. 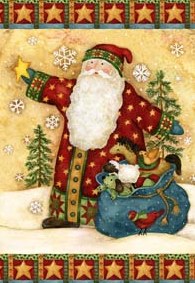 Santa Ho Ho Ho’ed his way into the door and my son quickly followed. He brought in this big ‘ol red sack of toys and had a sit on the sofa. He beckoned my son to jump on his lap for a traditional Santa visit, and my son, excited beyond words responded.

They had the best visit ever! And Santa took his time. They made some small talk about life in general and naturally THIS Santa knew a few things already about us. 🙂 (what mall Santa does that?!?) Santa even picked up one of my son’s favorite toys and they talked about it in depth.

I’d bet you’re wishing I had a picture of this right about now don’t you? 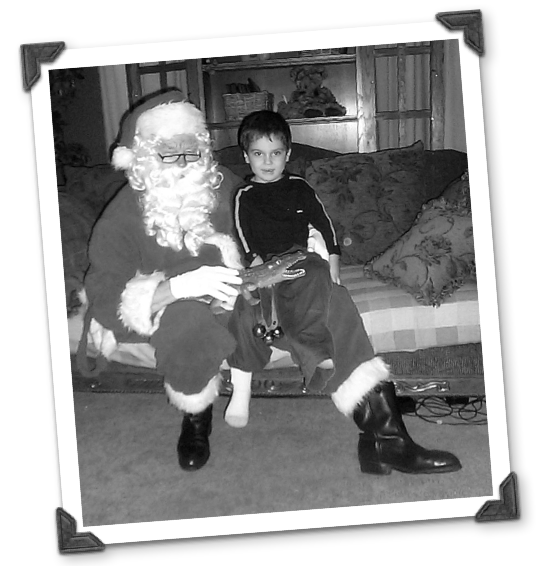 Make that two. Here’s the modern original shot in its full colour glory. 🙂 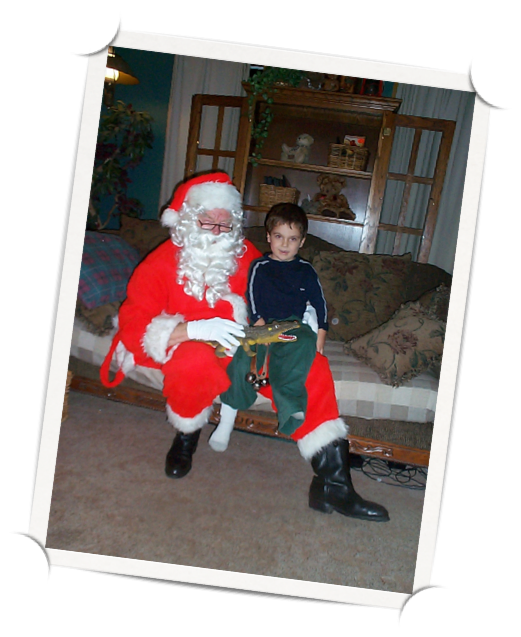 They continued to have a long leisurely visit so my son had a chance to get to know this icon in person.

When their visit neared to a close, I was wishing it would last. But Santa had a BIG agenda ahead and it was time to leave.

Then after Santa handed my son a gift, we walked him to the door, bidding him farewell til next year. But first he instructed, “Go jump 4 times on your bed and I’ll be gone!”

We bid him farewell and dashed up the stairs. And once jumping on the bed, my son looks out the window and exclaims…

“Mom! Santa just left in a VAN!! He forgot his reindeer on the roof!!!”

Do you have a heartwarming santa kind of story?

Merry Christmas from me!
Enter through HERE

18 thoughts on “Stories of Christmas Past – When Santa came over”