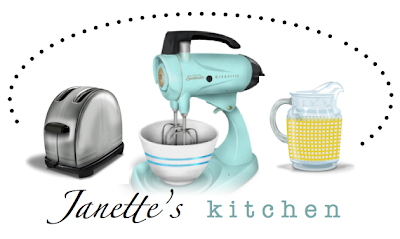 The entire series to date is HERE. 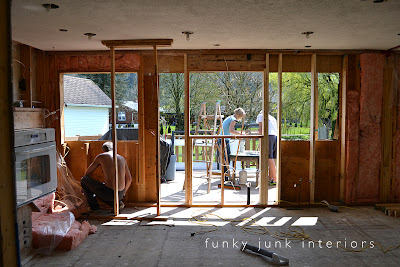 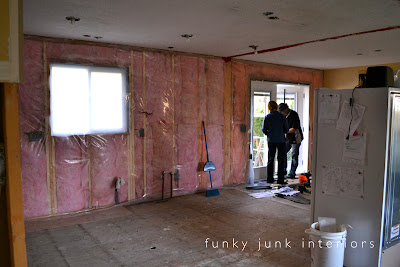 Last time: PART 2 was where the new french doors, windows and insulation went in. Janette’s family was just beginning to enjoy the new found warmth again when the dust started to fly. 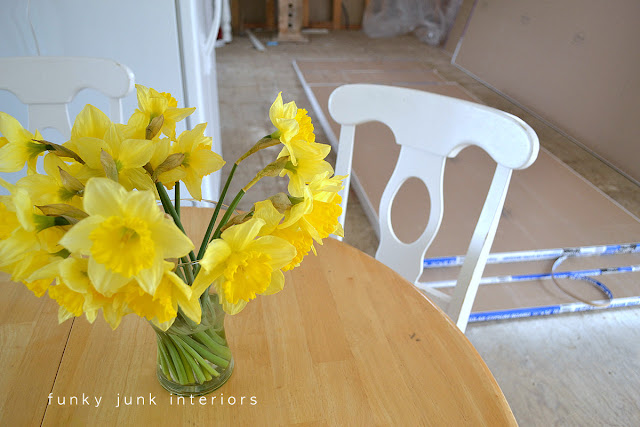 It’s always nice to find a little beauty amongst the chaos that was about to embark. 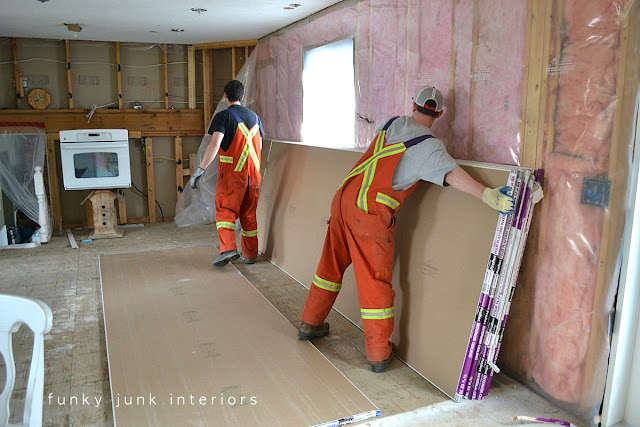 Because we ALL KNOW what working with drywall is like. The dust gravitates EVERYWHERE. But no worries, the job was in good professional hands. I mean, look at the size of those sheets!

The drywall not only hit the walls but also RECOVERED the entire ceiling. And it’s beautiful!

I missed a few steps as I was at work, however, the family then teamed up and painted the entire space a wonderful warm deep sunflower yellow. 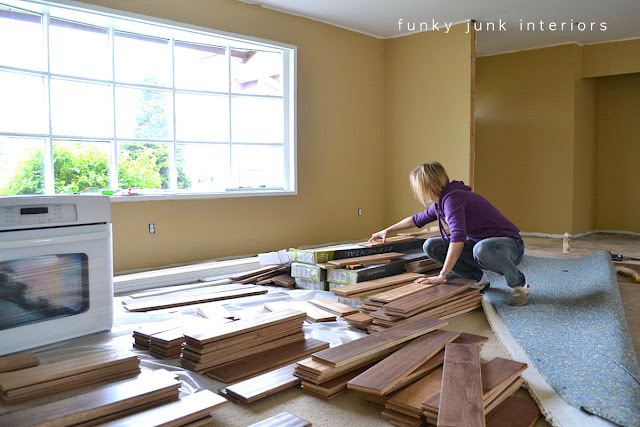 And then if that wasn’t enough, the floors arrived while the paint was barely dry! Honestly, the steps were so hopping quick I could barely keep up. 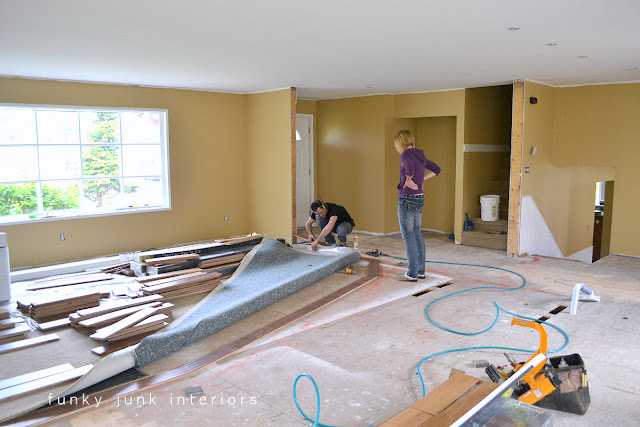 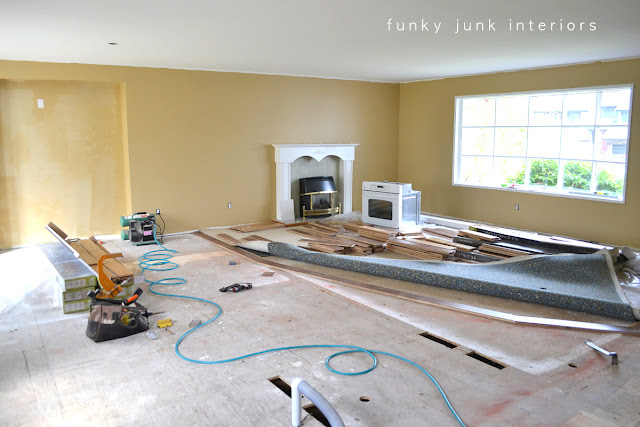 So pretty, warm, and yes, I’ll share the particulars on it for the reveal. 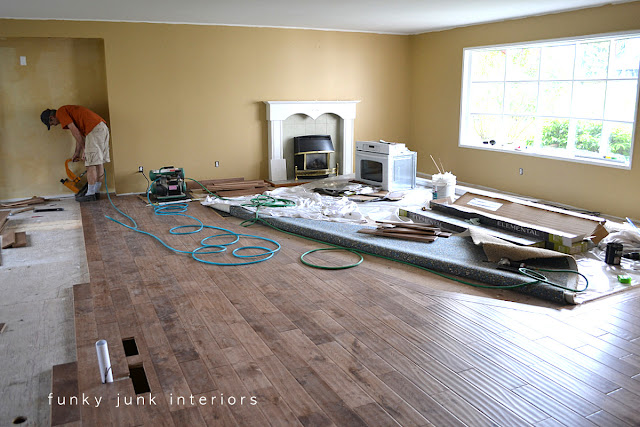 See that cool ripply effect? The floors are hand scraped, 5″ in a tobacco color. They look and feel warm and are the perfect tone of wood without the darkness nor that ‘oaky tone.’ The scale fit the wide open spaces perfectly. 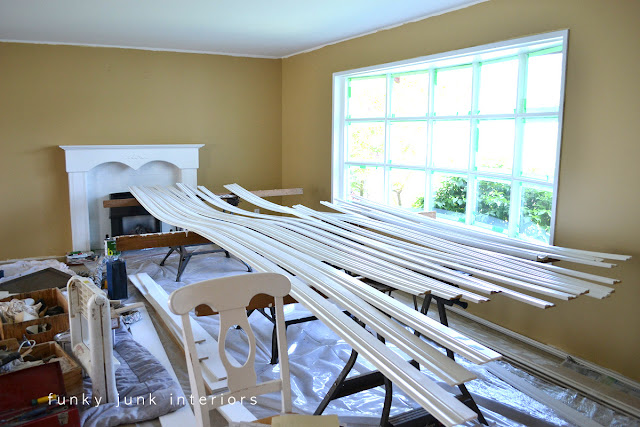 Crown and window moldings next.

Yeah. It was about that fast in real life as well, trust me. 🙂 They did a fantastic job installing this all themselves and now apparently have an extremely high appreciation for those that do this for a living. 🙂

Janette also did some added treatments to the fireplace which I’ll show later too. 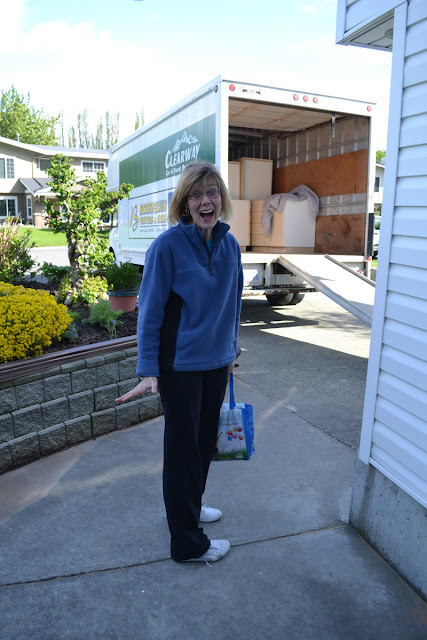 And then… Janette had to go to work.

While the cupboards were being delivered. I doubt her mind was on her work that day! 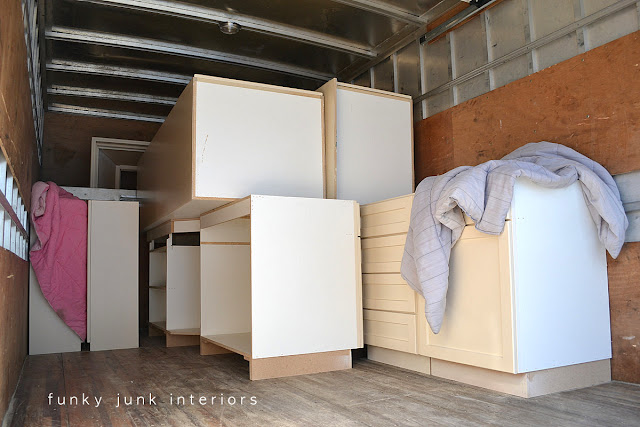 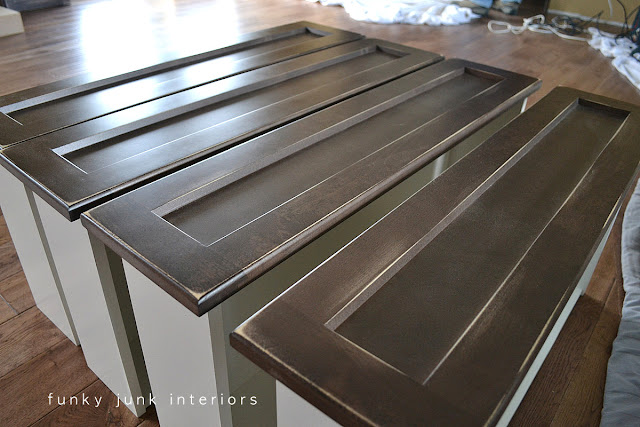 And a little warm chocolatey contrast for the island and built in china cabinet. Aren’t they pretty? 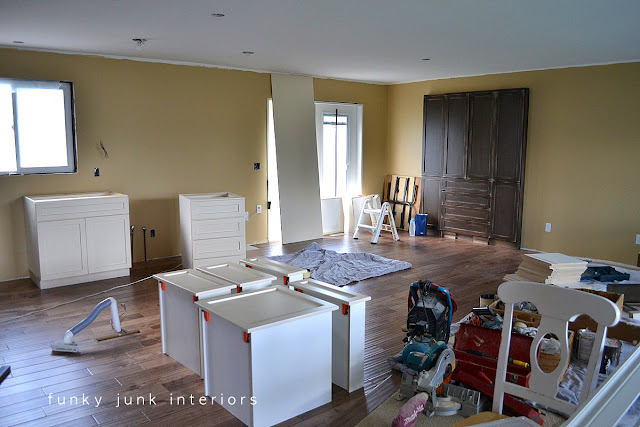 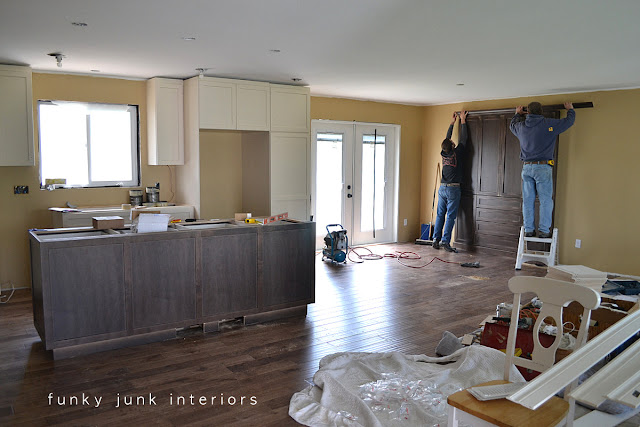 And check out that new perfect ceiling. The new drywall covered all the old as if basically started over to avoid having to scrape and patch. This proved to be an absolute seamless outcome. 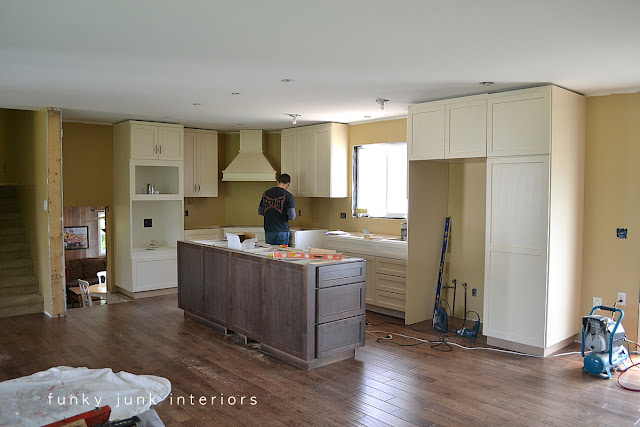 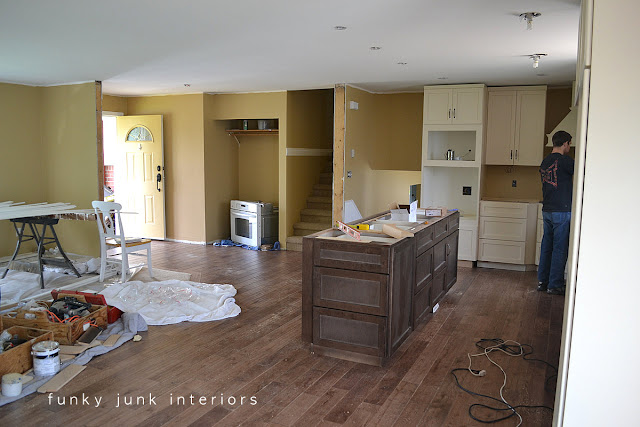 When I came and took these pics, I found Janette hiding out downstairs.  I was a raving lunatic, giddy with what I was seeing. As for Janette? She was quietly sitting in a chair waiting for them to be done before she took a peek. Quietly. Patiently.

WELL I FIXED THAT. 🙂

Her daughter blindfolded her and we both led her upstairs. When she turned around, she obviously gasped! And was so delighted to see her vision on paper for so long finally come to life.

I attempted to film it but the battery went dead. 😕 Nice work, me. 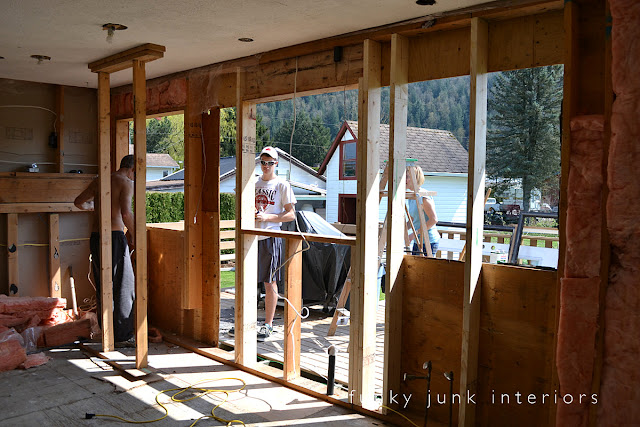 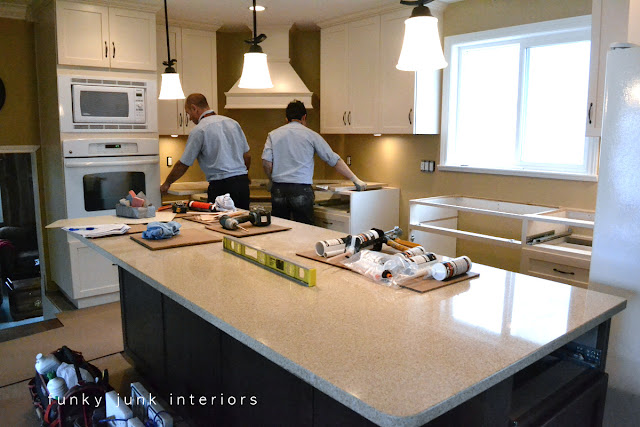 And in another week’s time, the counter tops and plumbing went in!

And one more step… Janette did her own tile backsplash with a friend. Maybe my crazy ways with power tools is rubbing off on the women folk in the area after all. Men, hide yer stuff! 🙂

The reveal with plenty of added details not yet shown. And let’s see if I can perhaps get a little interview out of Janette on her experience… 🙂

And stay tuned for Part 3 of  ‘My Own Kitchen!’ A very different look but all the same emotions.