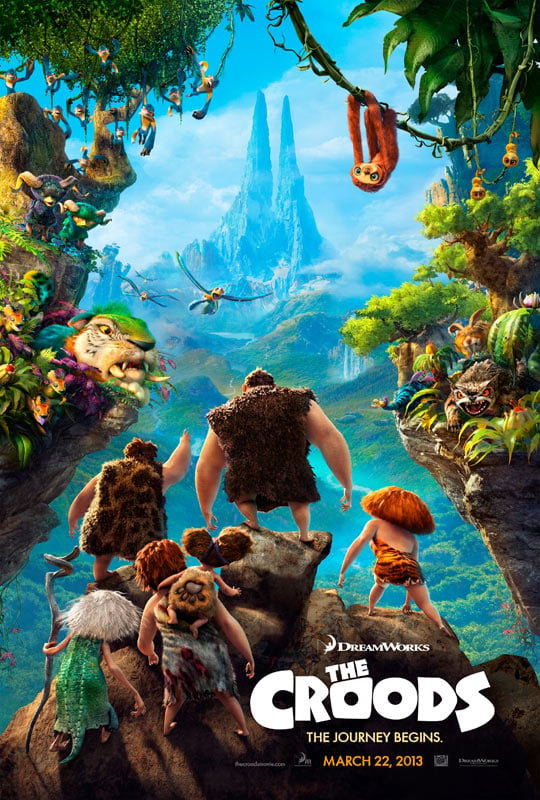 My son and I needed to get out of the house today, so we took in the new movie, The Croods.

I had never even heard of it before, but being the movie buffs we are, if something sounds remotely good, we’ll likely go. The trailer sold me so off we went!

Without spoiling anything other than the storyline, this pre-historic family doesn’t get out much. Dad is overly protective of his family and they hibernate inside their cave except when they need to go catch something to eat, which doesn’t fly for the ambitious daughter that wants more out of life.

Things change though. Evolution takes place and they are chased out of the only home they know, and tossed into a world all new to them. A world of colour, new creatures, the ocean… and light. 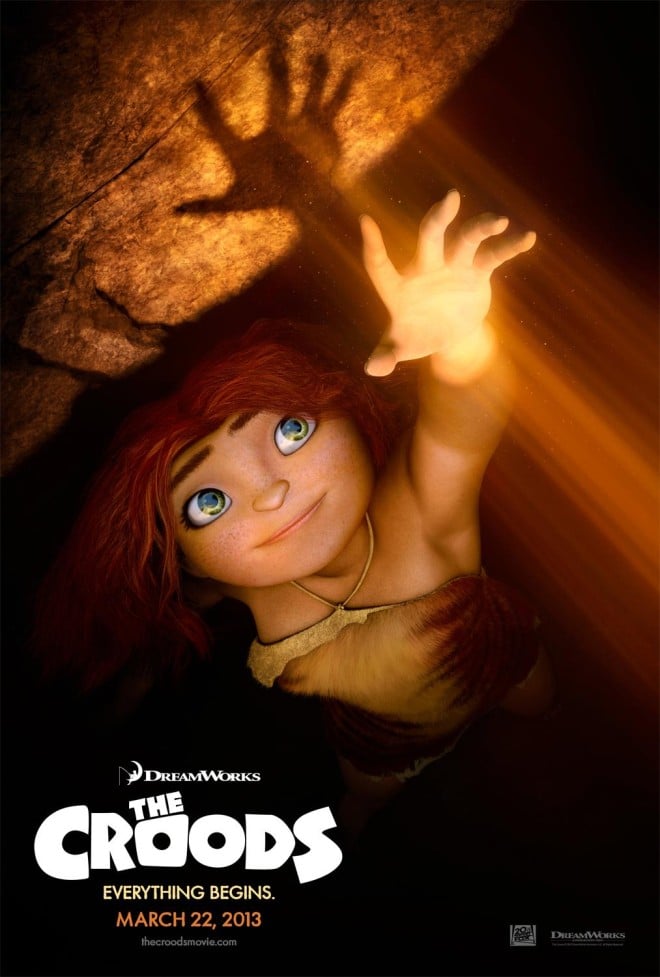 The attraction for them appears to be ‘the light’. They desire to move towards the light for a better chance at life.

The road leading to the light was incredibly gorgeous, but also scary and dangerous. You had to keep your wits about yourself, and simply believe you’d make it.

We emerged out of the theatre totally upbeat! It was an AMAZING movie with nonstop action. It made us laugh right out loud, but mostly highly entertained us. My son had wanted more popcorn but there wasn’t a chance I was leaving! 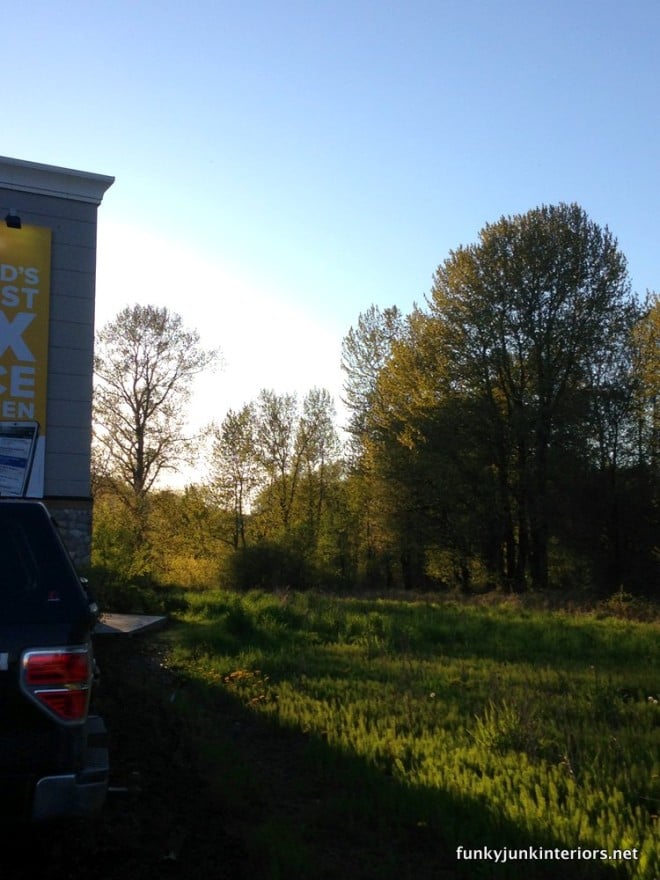 After we walked out of the theatre, the crisp coldness caught me off guard. I hadn’t remembered it being that chilly going in. That’s when I realized the sunlight was peeking behind the theatre by that time.

The smile grew wide on my face, as I ‘head for the light.’ And put everything I watched into perspective…

The walk towards the sunlight struck me odd. It wasn’t that far away, yet the walk felt like it was. It was as if the light was backing away from me as I head towards it, just to make things a little more challenging. 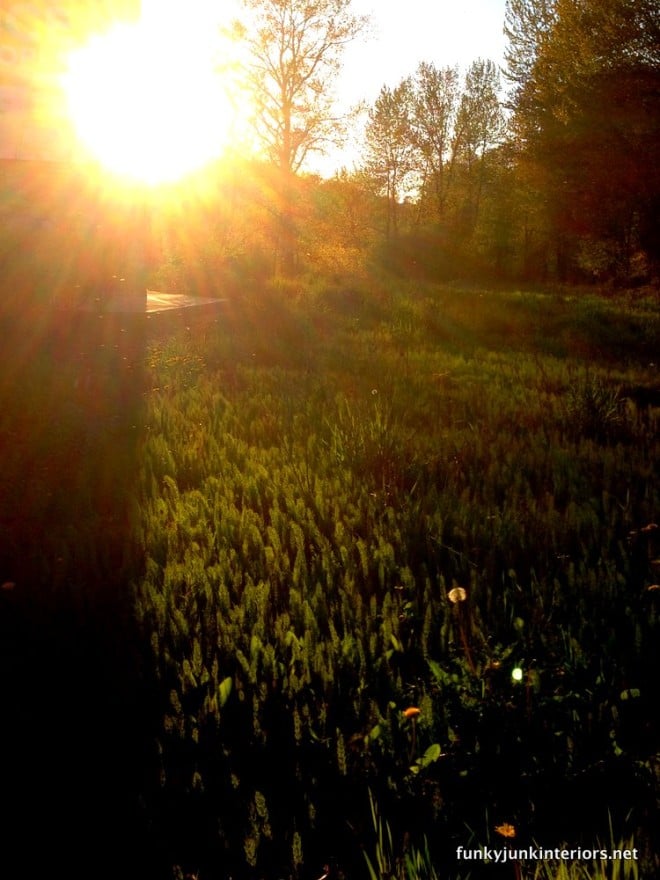 Once I finally got there, the brightness took a moment to adjust to. But it felt great, removing the bite from the air. Hmmm…. are you following all this? 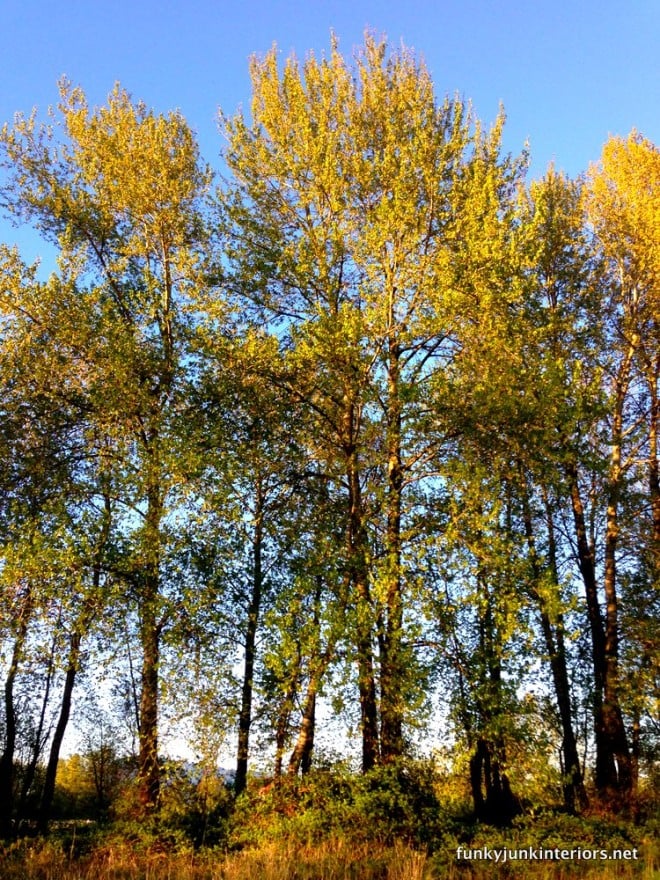 The movie’s story could have been me. Actually, I’m embarrassed to say, it IS me.

I’ve been avoiding following my own light for some time. Excuses really.  They just seemed too far off. Too impossible. Too… exposed to the elements. I’d have to make an effort I wasn’t sure I was ready for. So many doubts, so many things to say no to. Because staying in my cave was much safer.

And walking towards that light has been a self imposed long stretch. It’s hard to be light on your feet when your’e digging in your heels along the way!

There was just no finer wakeup call than what this movie provided. 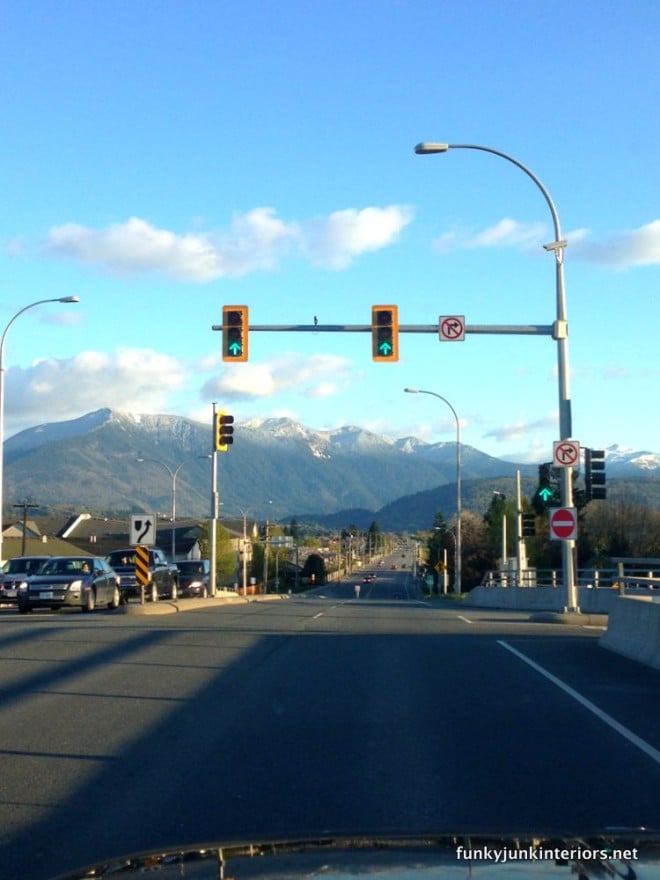 And then on the way home, wouldn’t you know it… we were driving in the shade once again heading for the light… seriously?!

Something tells me this light metaphor is here to stay. Croods, I’m not sure if I’m annoyed or glad I watched you!

This stalling thing? It’s really dumb. If you are handed something really amazing, aren’t you worth it?

If you’ve been stalling in life, go see the movie. I’m curious if you feel as guilty as I do… 🙂

Who else is stalling?

28 thoughts on “The Croods… the movie that moved me”