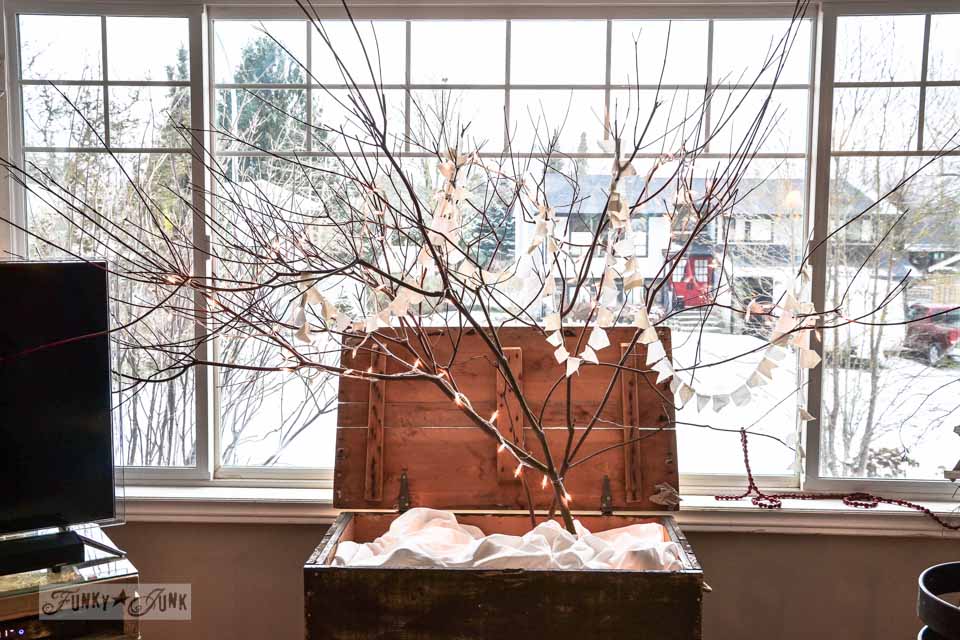 Today’s project to make a winter tree from tree branches was a little unexpected. 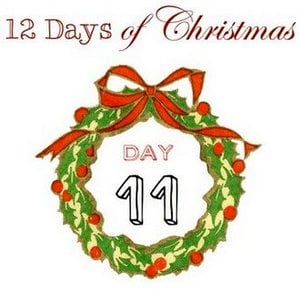 The big pie in the sky plan was to go pick up a Christmas tree on Saturday. Had it all planned! They would have a bonfire, serve hot chocolate, and by golly we’d cut down our own tree for the first time ever! 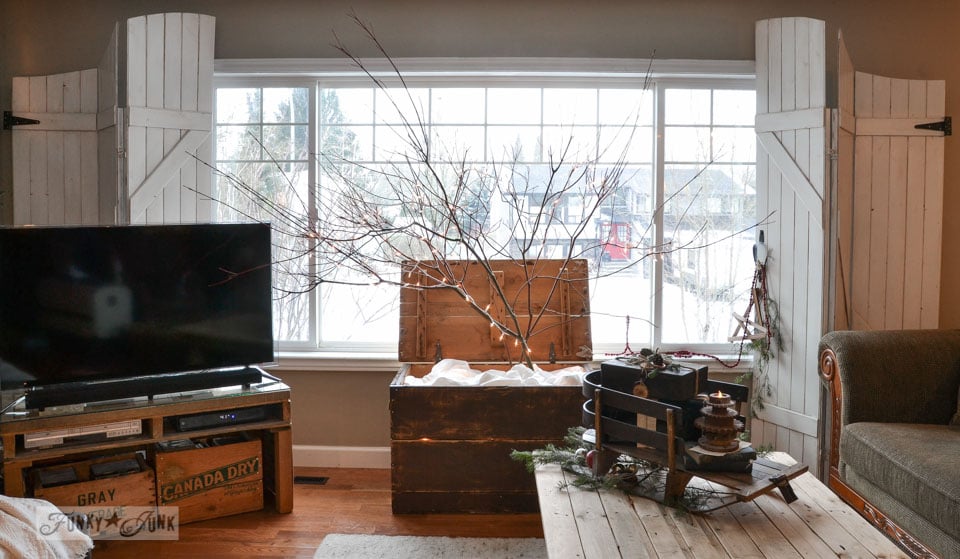 Only one small problem occurred. My truck broke down on Friday night at the local hardware store. So my baby got towed away and I came home instead. All weekend. Not a bad thing, except I had a Christmas home tour due AND I wanted my tree up before 12 Days of Christmas was over. 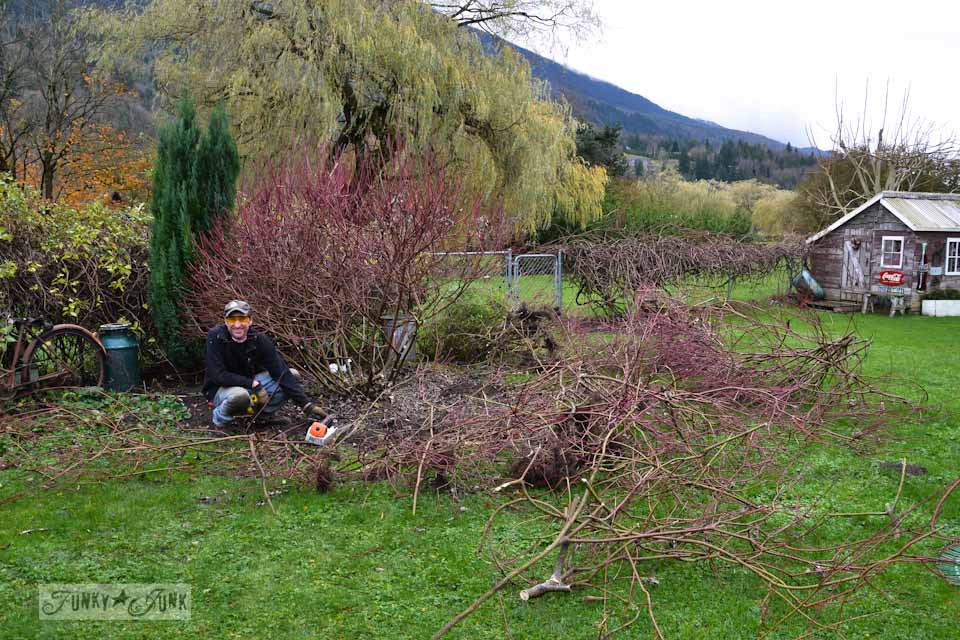 Well, it’s a good thing Walter came to prune my trees when he did. I asked him to keep a pile to the side so I could maybe do something with them. Eventually. You know how that goes. 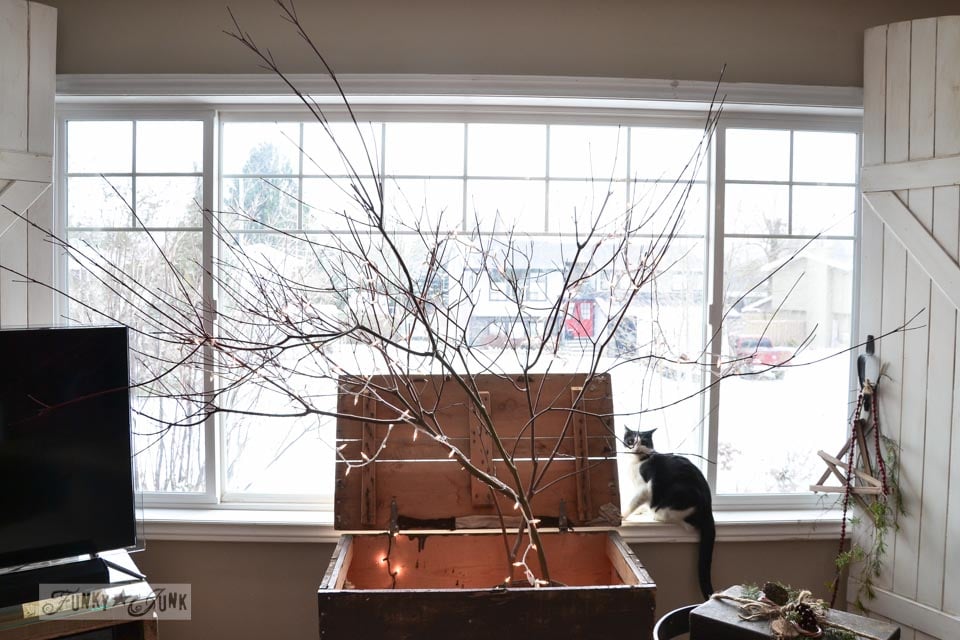 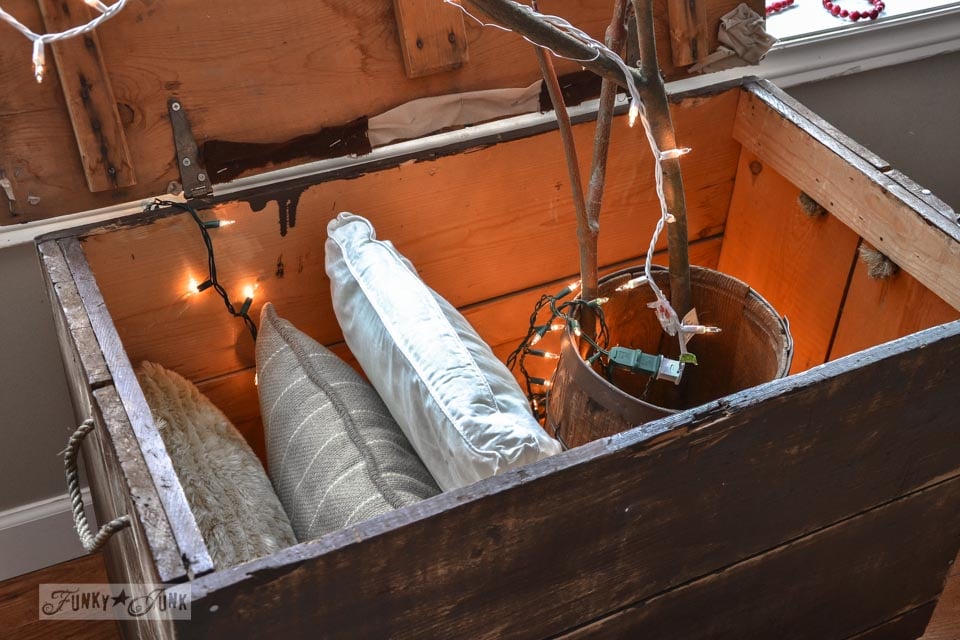 (branches were placed into a barrel)

So today I got the brainstorm to bring those branches in and try my vision of a winter tree. Only thing is, I forgot the dishwasher repairman was coming today. So I’m branching away, flipping the entire living room upside down when there came a knock on the door.

I looked at the time (1pm), looked down at what I was wearing (pjs), scanned the room (dump),  ran for a robe and let him in. I’ve been without a dishwasher for a few weeks and there was NO way I was cancelling that date! 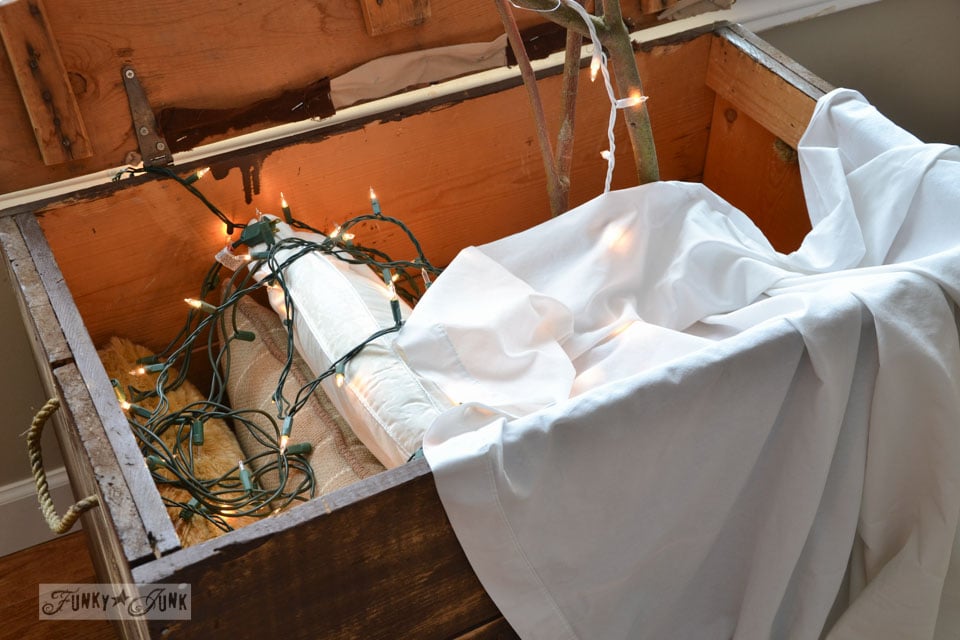 (pillows were used as fillers with mini lights on top, then finally covered with a white sheet – check that your bulbs don’t get too hot… LEDS would be better… do this at your own risk)

The poor guy comes in and stumbles over my junk. I naturally apologize, explaining I forgot he was coming but that’s ok and to just excuse the ‘disarray’. His only comment as he looked around was…

“So, you use this place like a photo studio then?”

Someone gets it! Someone FINALLY GETS IT. I do not live in a house. This is a workshop and I happen to sleep here and have a pretty nice kitchenette as part of the deal.

Now, the living room where I was working was SPOTLESS. Cracking fire, the works. Heavenly. Just like a magazine. Cross the red dotted line (kitchen), it looked like a dumpster backed into the room and let loose.

It’s ok if you get caught like that. Here’s what you do. If you act flighty and artist like and happy and giddy where you don’t really care what people think of given situations, people just think ‘you’re like that’ and don’t try to figure things out. Works for me! 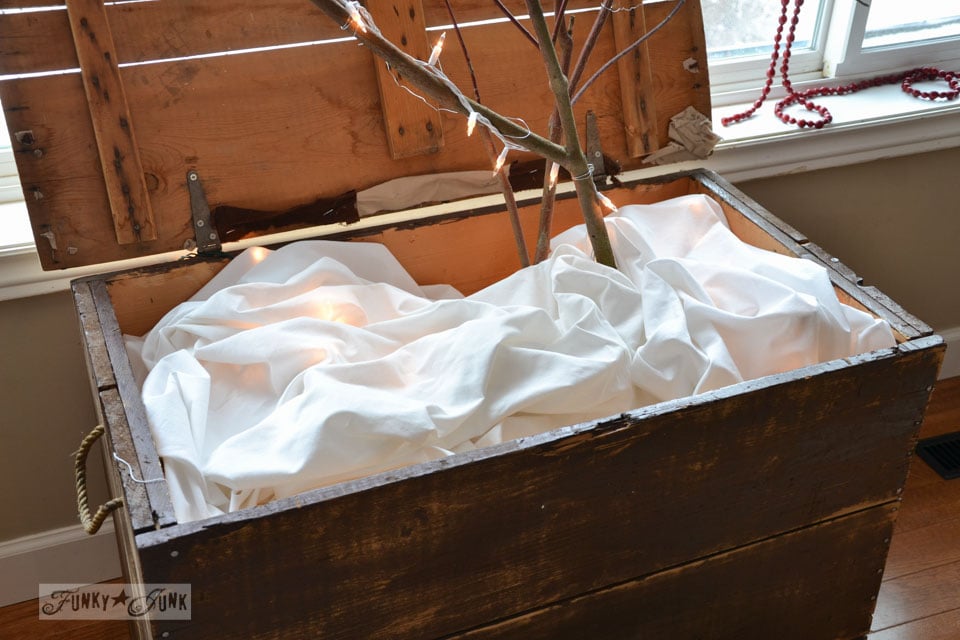 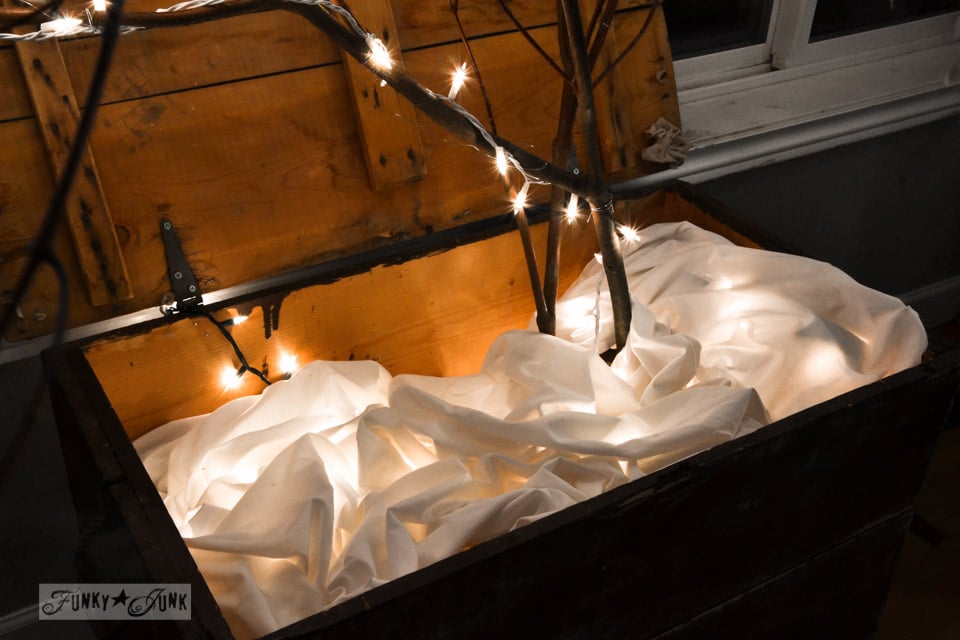 I really felt for him though. He was tripping over stuff. TRIPPING. And so was I. But we just stuck to our little corners and did our work and attempted not to wander off too far. 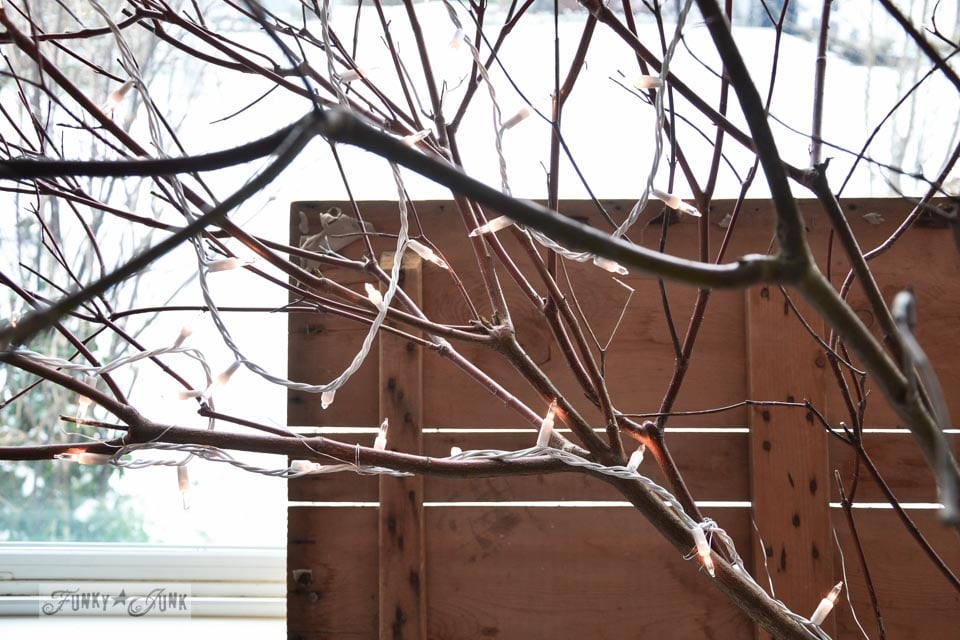 So I’m on my knees on the floor in the living room and he’s in the kitchen behind the island. I finish my tree, and exclaim, “SEE??? It looks cool, doesn’t it?”

I see a head peek up above the “disarray” and once his eyes clear the horizon, he nods and says, “Ohhh, yeah!”

Now he may have just said that so “the artist” wouldn’t offer more conversation. Totally possible. But let’s roll with he truly did like what he saw. 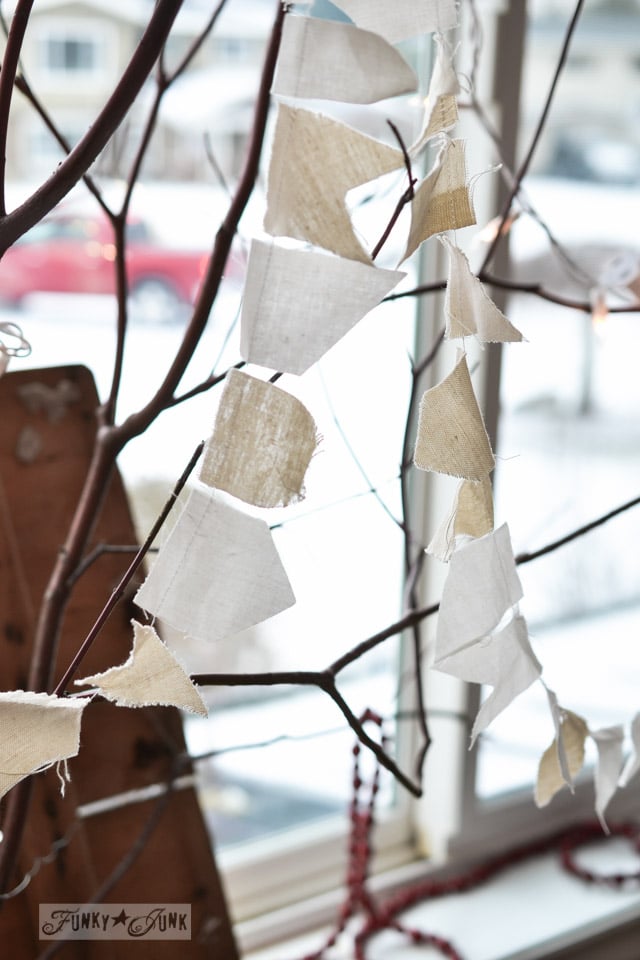 Sweet garland was a gift from The Pleated Poppy.

And as luck would have it, it snowed today! So my little winter tree even had the right background.

It truly looks all glowy and pretty by day and night. And if it wasn’t for my son ‘requiring’ green, I’d call it a day tree wise. But we will eventually get that Christmas tree yet. Although with my luck of killing two Christmas trees in one season one year, not sure how that’ll go.

But for today, I’m going to enjoy my little winter tree from tree branches.

And the very best part of all? Nothing can die because it’s already dead! 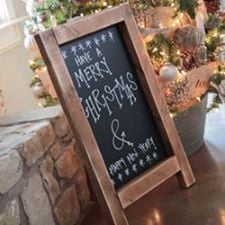 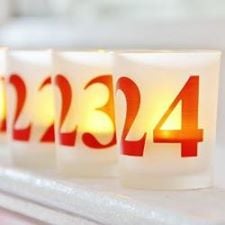 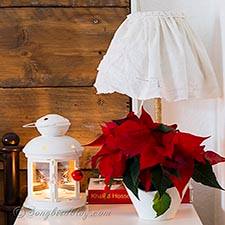 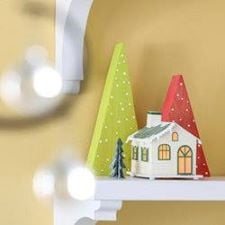 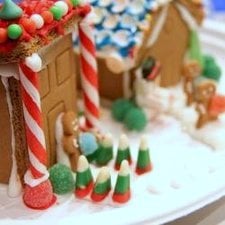 See you tomorrow for Day 11!