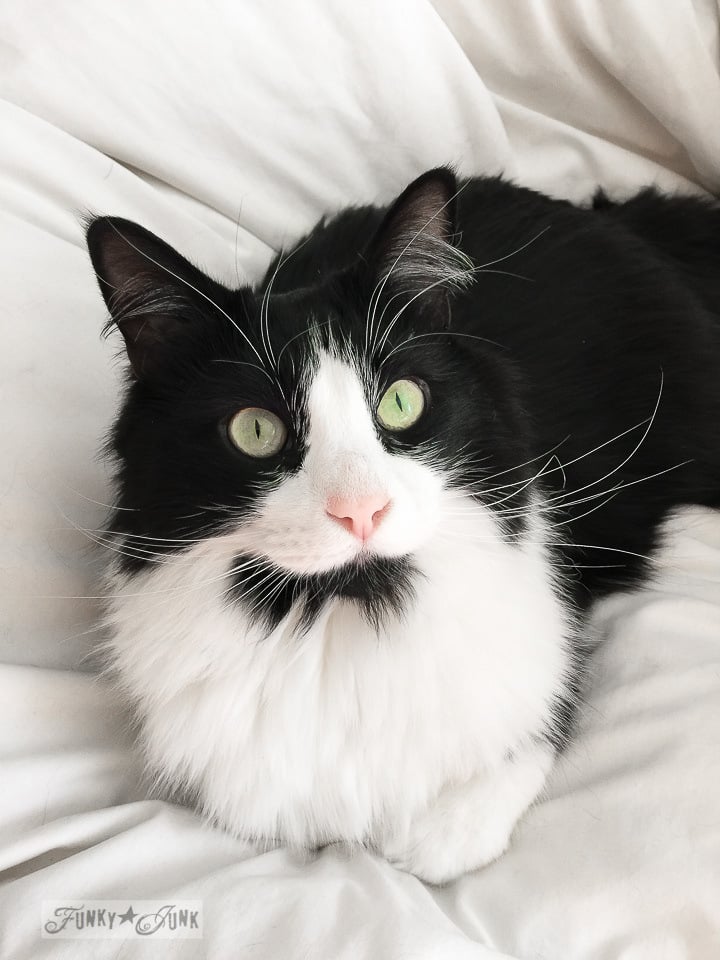 When I wake up each morning, these sweet, beautiful eyes greet me.

Everything about this little face speaks the comforts of home…

The first sunbeam of the day casts a welcoming glow against my safely tucked in feet, still buried underneath the covers. Not one mistake has been made yet, for the day hasn’t even begun.

But when you put those two same feet on a stage in front of a microphone, the security blanket changes to one of chance.

Will you be accepted? Helpful? Even admired, perhaps?

When I walked onto the stage at the Fraser Valley Women’s Expo this weekend, I glanced at the audience.

In the past when on stage, my hands use to shake. I would nervously laugh, forget some words, and wrestle with my demo materials that refused to cooperate. I use to have pages of written notes to help me along in case I lost my way. 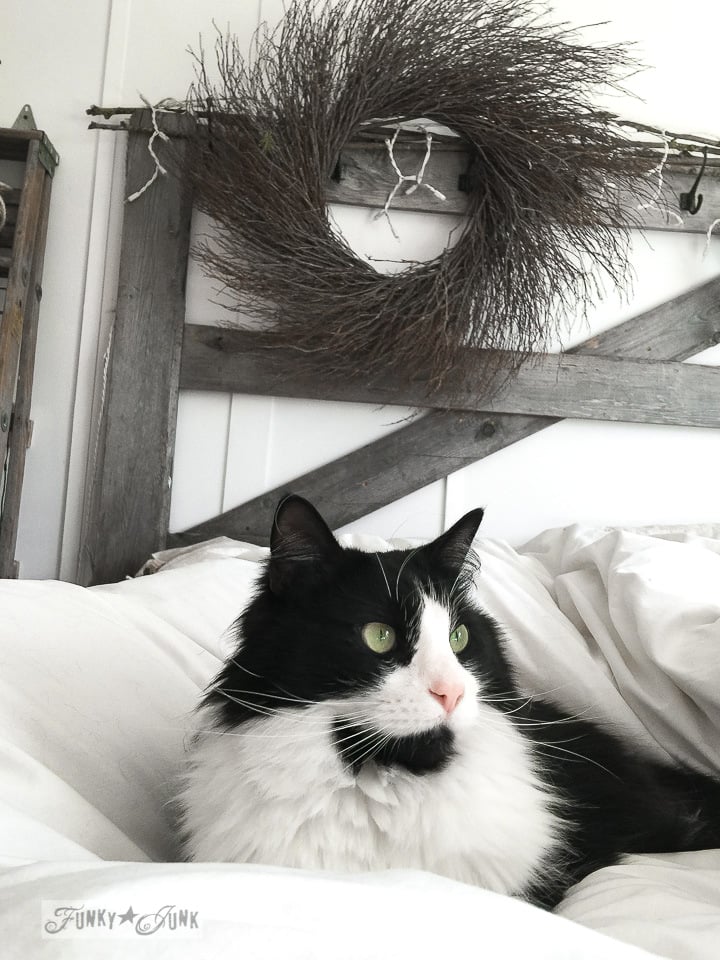 But this weekend, not one scary face greeted me. Friendly, kind smiles, feeling as familiar as family, sat before me, waiting to hear whatever I wished to share.

And not a shake in the hand was had, nor quiver in the voice was felt.

I had 5 words written down for an hour’s talk. Five WORDS. My my… how things have changed.

While I’ll never claim to be a professional speaker, I do believe I found what makes speaking completely effortless.

Facing your fears more than once is a certainty.

But moreso? You just need to believe in what you’re talking about.

My tutorial was on different methods of making old signs. I demonstrated the carbon paper / computer print out method, and then explained the difference between a decal and a decal stencil.

But then something changed. It was like the tap turned on high and my disbelief mixed with gratitude in what I was talking about sprung to life.

Here’s where I’m coming from….

In the past, when I made an old sign, it took me hours. HOURS. My stairs? I can’t even count the hours.

I love making old signs on stuff. But every time I sat in front of the computer to create a new stencil decal, I didn’t want to do it.

I’d delay the process terribly, because I just really hated all the prep work involved. I’m not sure where my intense dislike of working with decals came from… but it’s there. And it’s real. I guess working with them for 22 years will do that to you.

So when stencils entered the picture, I still needed to produce decal stencils to create a ‘draft’ for my projects.

Fine! I did that. I did that for my Christmas arrow sign, and I’d be doing it for countless others.

But then something happened that changed everything.

My cutter broke down.

It wasn’t even two years old and now I needed expensive repairs?! And for what? I left my sign job last summer…

But I went ahead and ordered the parts anyway, because it’s the best way to test out new designs.

This was pretty unsettling, because I was building a new store with a deadline for a show. I mean, seriously…

So during that downtime, I ordered stencils so I could make some stuff.

When the box arrived, it felt like Christmas morning! But I still felt intimidated. Stencils in this way were relatively foreign to me. But the ice seemed to break upon seeing my own label on them, as if they were saying, “We ARE a part of this after all… go for it!”

You have NO idea how many failures I’d have to endure next. Countless. The paint would bleed, the lines weren’t crisp. It was ‘not’ like working with a decal stencil at all.

Pouting and frustrated, I questioned my direction.

But when the most recent batch of stencils arrived for the show, I challenged them. I was gonna figure out their secret to working flawlessly, since no one else seemed to have my issues!

So I tried something different.

This time, I made sure my loaded paint brush was DRY DRY DRY to the touch, then started stencilling.

It took more effort. I worked that brush and just willed it to work out… and I wasn’t going to stop until it did.

But I need not have worried. 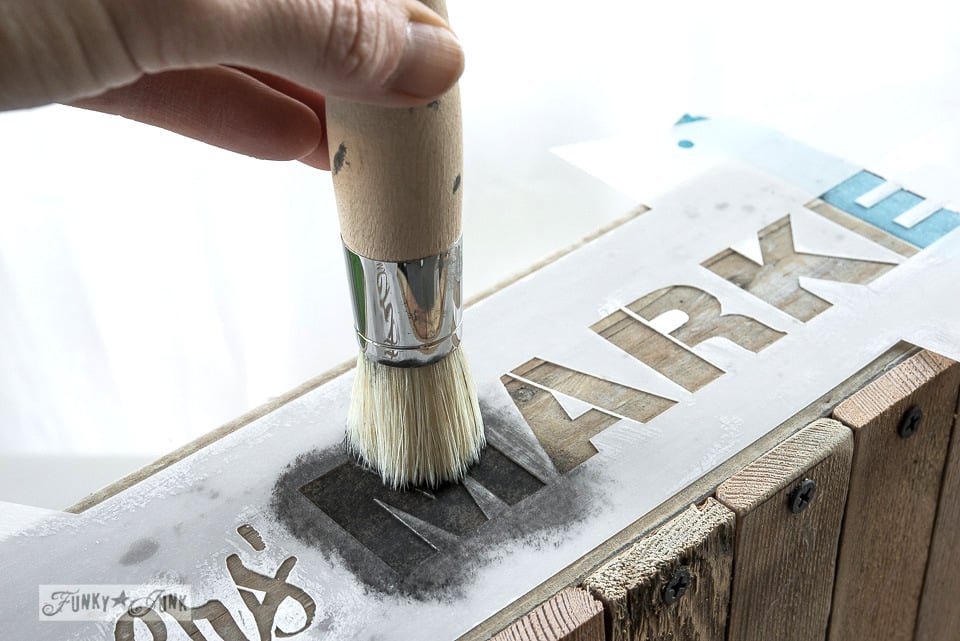 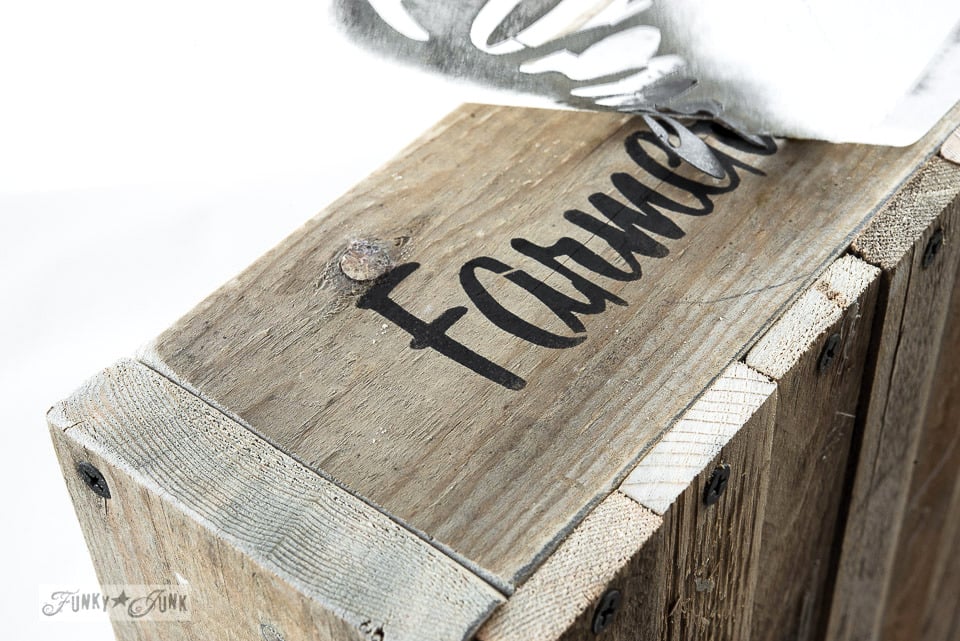 Holding my breath, I lifted the stencil…

I’ve heard the secret (dry brush) to good stencilling over and over. But until I discovered it in my ‘language’, I didn’t get it. But I do now.

And then the old sign floodgates sprung open and I couldn’t use them fast enough.

Success. Each and every time. Route 66 and Bingo were both equally very good to me.

And just in time. For when I was talking about those very stencils, the relief and success and everything in between all came out. I was speaking with complete conviction, believing every word I delivered.

I had a helper come up with me on stage to help prove my point. I stencilled one side and she did the other. She followed my advice to an absolute T. 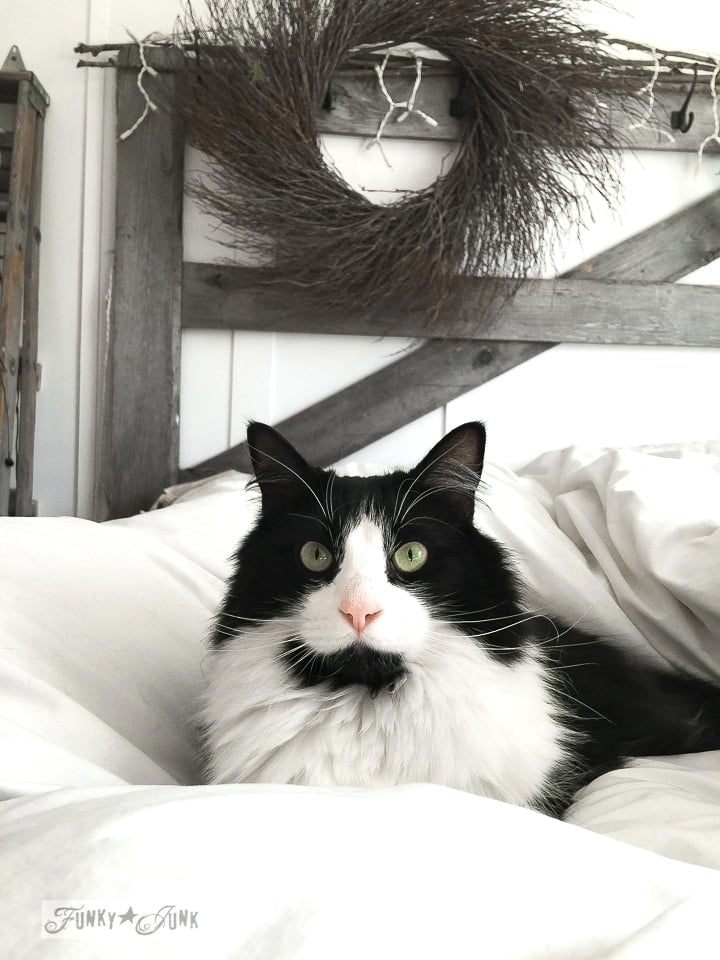 When you truly, TRULY believe in what you’re talking about, and you truly believe you are helping others with their quest, public speaking becomes dead easy.

The secret to successful public speaking is, simply put, delivering your deep down, passionate truth.

What a shame if those feet safely tucked under those covers never surfaced!

And I’m not saying that the world just tilted on its axis because of stencils… well, for some it did. 🙂

What I AM saying is… we all have something significant to offer others. And your wealth will never be discovered if you play it safe underneath the security of your covers.

You will be scared at first. And maybe even flounder over time.

But one day, you’ll get up there, and pour your heart out the only way you know how.

Where can your feet fly you today? 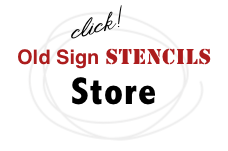 30 thoughts on “The secret to successful public speaking”