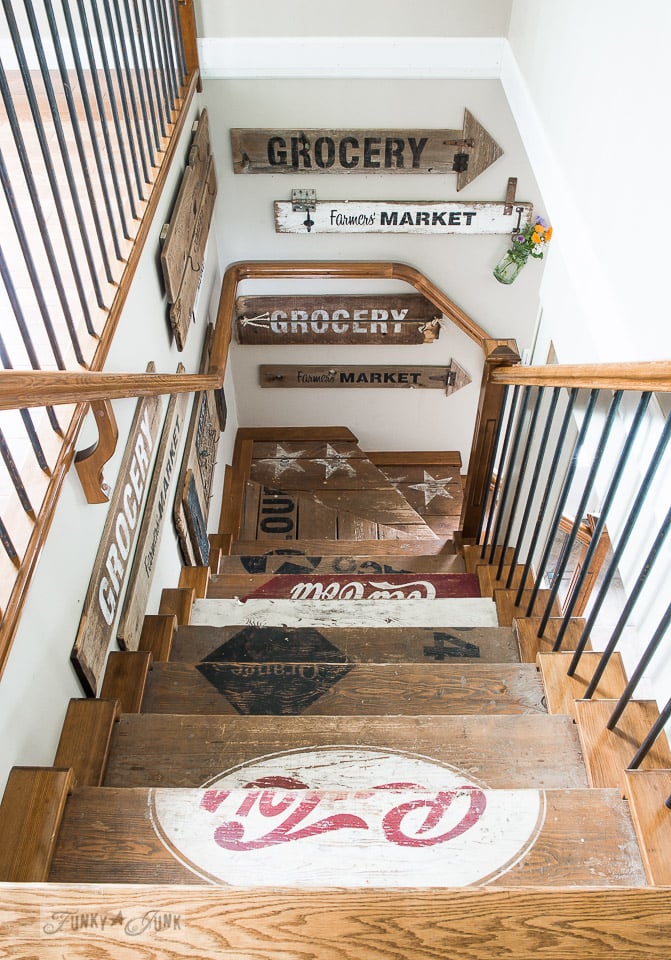 One of the nicest comments I’ve ever had on my home, was from a magazine editor.

Once he entered through the front door, he fell silent. Looking around at every nook and cranny.

“There they are…” he commented, while pointing towards the very crate stairs… that were in his magazine at the time. What a moment… for me!

But it wasn’t until he was upstairs and sat down, did he say, “This is the homiest, warmest home I’ve ever been in. It has life!”

I didn’t really know what to say. Stunned, I replied, “What stands out to make you feel that?”

His reply… “You just can’t buy this stuff in a store!” 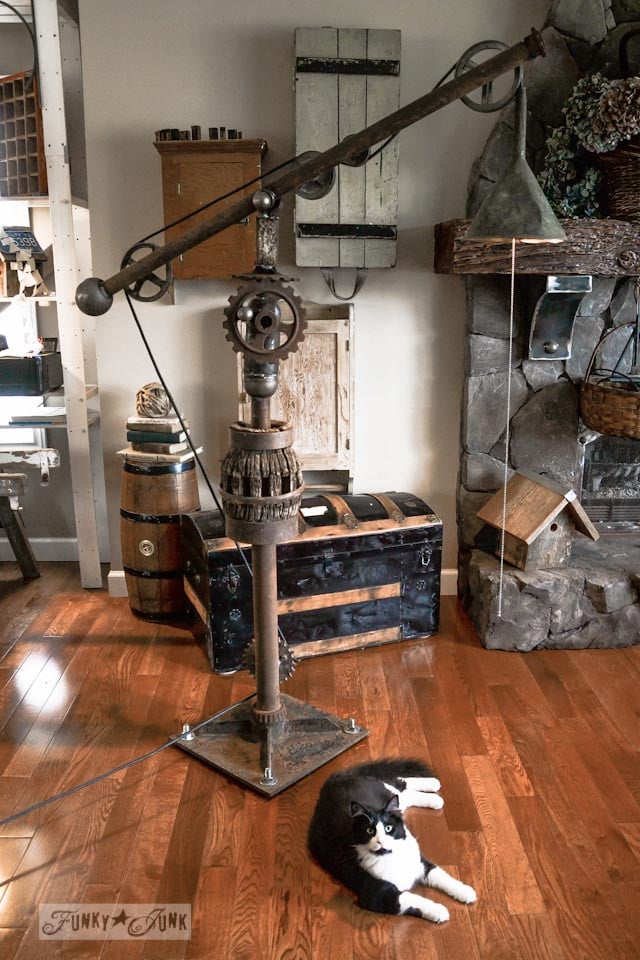 I had never thought of my repurposed, beat up, weathered furnishings quite like that. I knew I liked the look, but I never really fully understood ‘why’.

But his comment made me think. Everything in my home that you’d normally go out to buy, had been somehow revamped, or compiled, or made from scratch by myself. Nothing had touched a shopping cart.

Every single thing, right down to the side table toolbox, to anything on my mantel, all the way to lighting or wall art, had a hand touched element to it.

These days, you can most certainly find new looking old stuff. It’s everywhere, and I love the look!

But every time I’ve held a new object of desire in my hands lately, I’ve put it back down. It was always ‘missing something’. 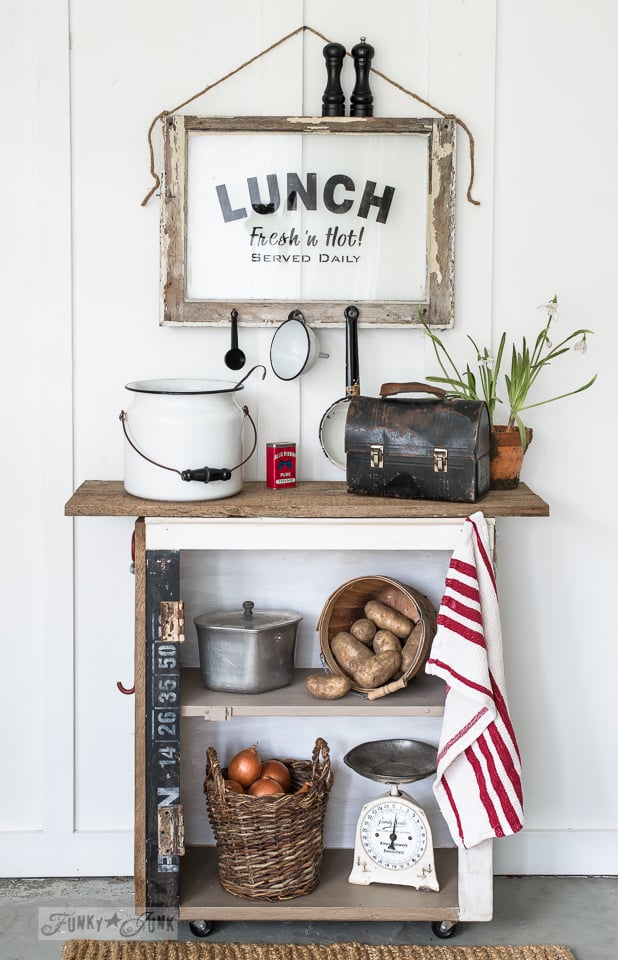 New paint on an old window

If it was a roped mirror, the mirror wrapped metal frame resembled a freshly cut tin can, rather than an old, quality metal rim off something you’d actually find somewhere.

I understand that quality things would up the cost considerably.

Isn’t it just nice to know, we have the ability to get the authentic look we want for less?

It’s always been a dream of mine to walk into a retail store, and stage an area, using their new/old stuff, but make it look like a real home, rather than goods from a shelf. 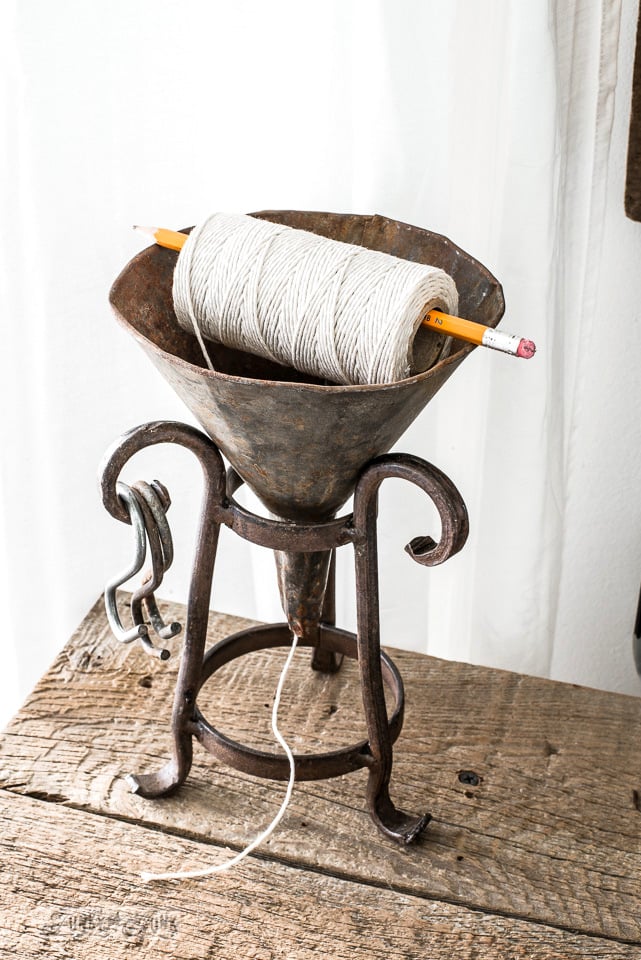 New string with an old funnel

But I think to make that happen, you need to show a little history with the new. Like every picture in this post.

Things that hold a story feel different, don’t you think? 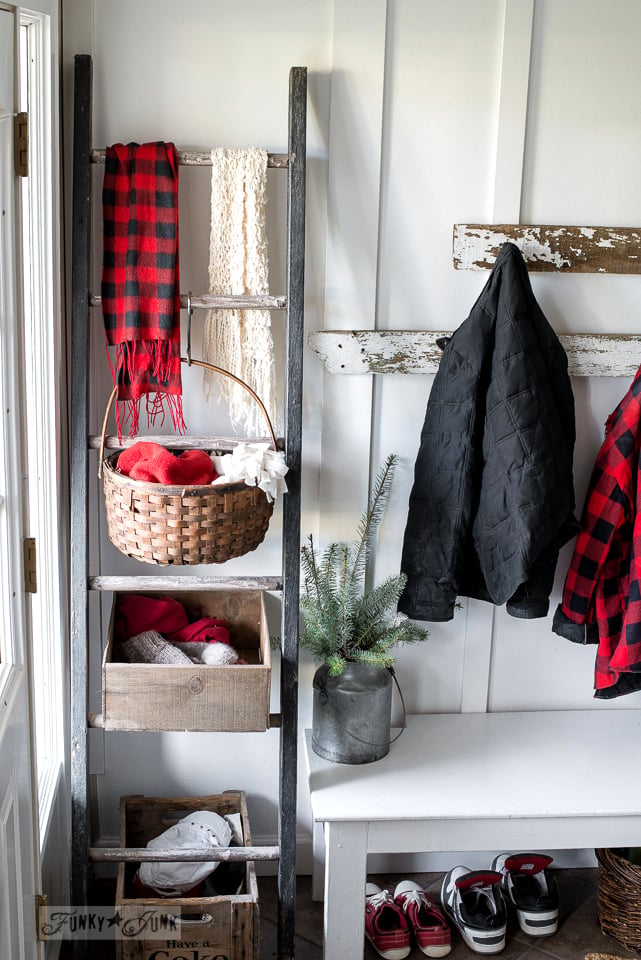 New gloves in an old crate 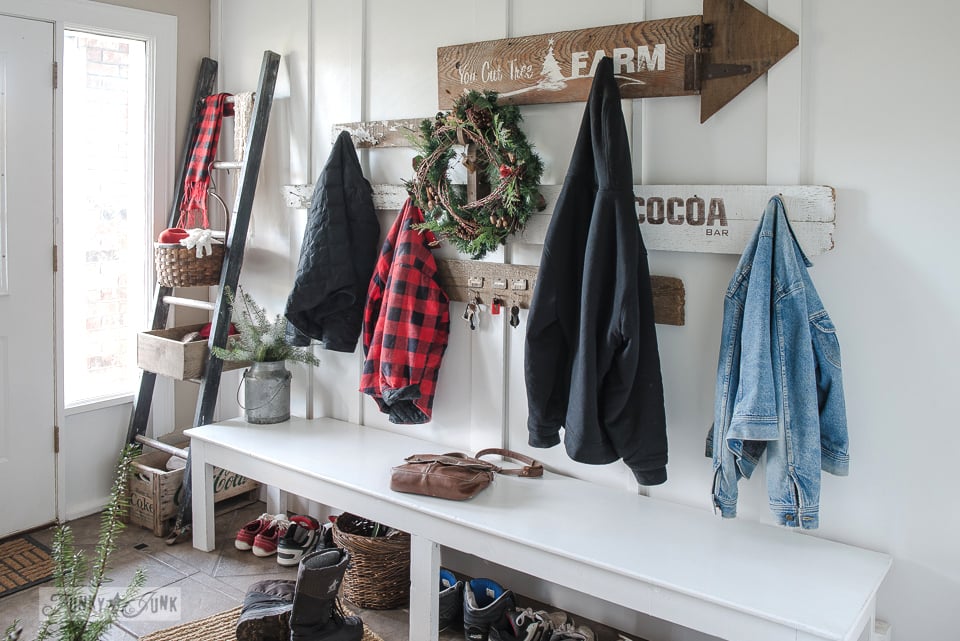 Awhile back, I was featured on Apartment Therapy HERE.

Their standard was for you to source all the brand names for things featured in the pictures.

Here’s how mine read:

Dream Sources:
• Bibles for Missions Thrift Store, Chilliwack
• Pallet yards across the land
• Curbs
• Burn piles
• The dump
This isn’t quite what you expected to hear, was it?

It was a first for them… so much so, they called the feature A Handmade Home.

I was nervous with that elite crowd. But was also stunned to receive 90 comments with 90% of them in favour of the tour!

I had lost sleep on that one… 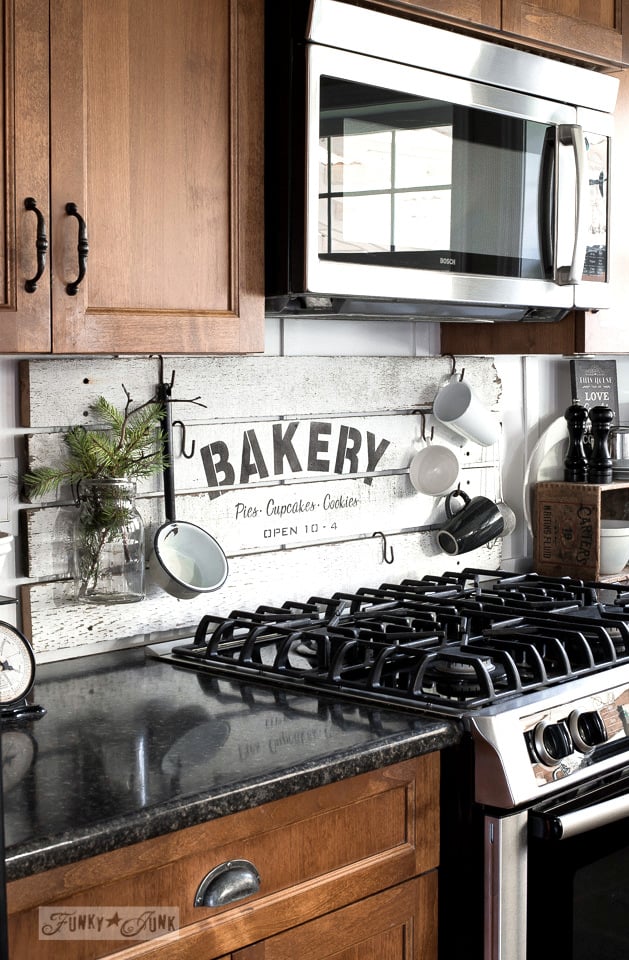 New counters and cupboards against an old wood sign

I believe a secret to achieving a true, homey home, is having plenty of homespun elements with a story, among the shiny new stuff, created or arranged with your own two, unique hands.

A magazine editor’s visit is not an everyday occurrence around here.

But I’m really grateful he pointed out what I do every day, helped make HIS day so incredibly unique!

What’s your secret to a homey home? 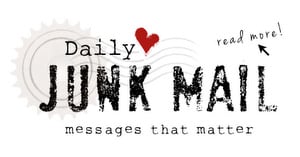 27 thoughts on “A secret to achieving a true, homey home”