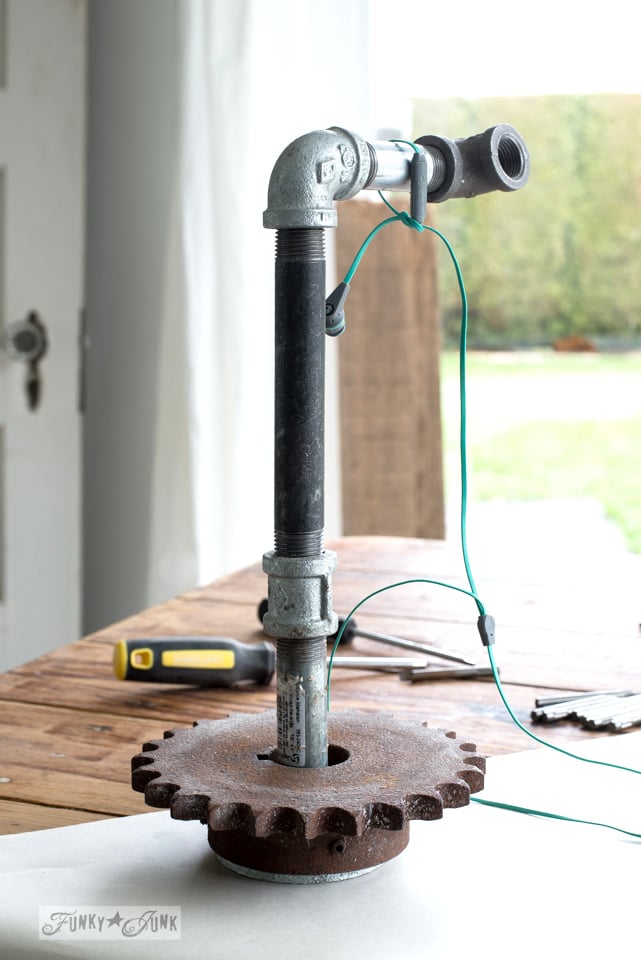 Today did not go as planned. By a long shot.

I even preplanned my day. I was gonna bust through that list, and feel immense success!

Nothing bad happened, just not a whole lot happened at all. 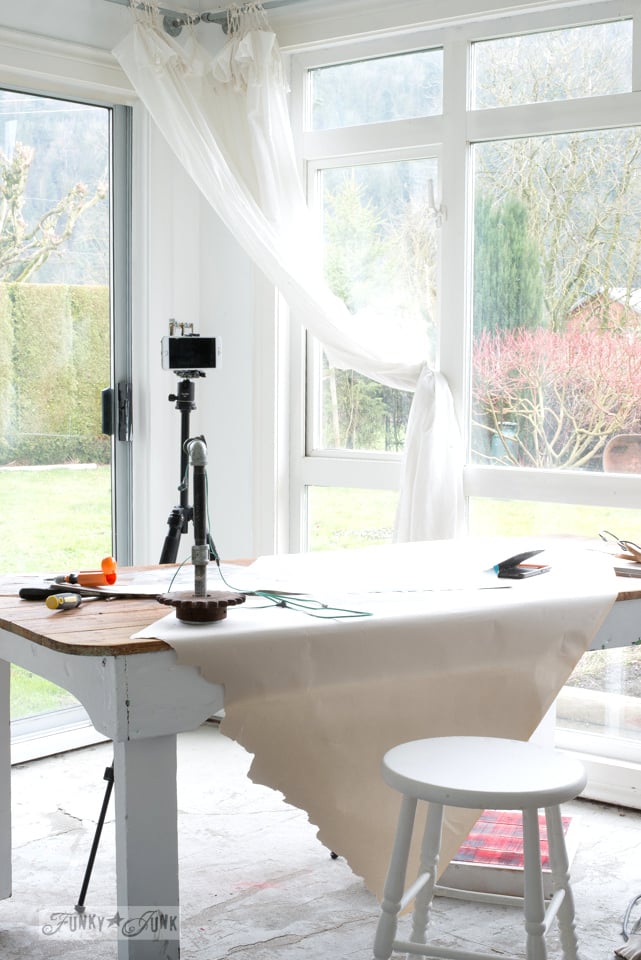 So, what you see here is a setup for a live broadcast session in my photo studio.

Social media and blogging keeps changing. And right now it appears to be all about videos.

Which I generally don’t gravitate to. 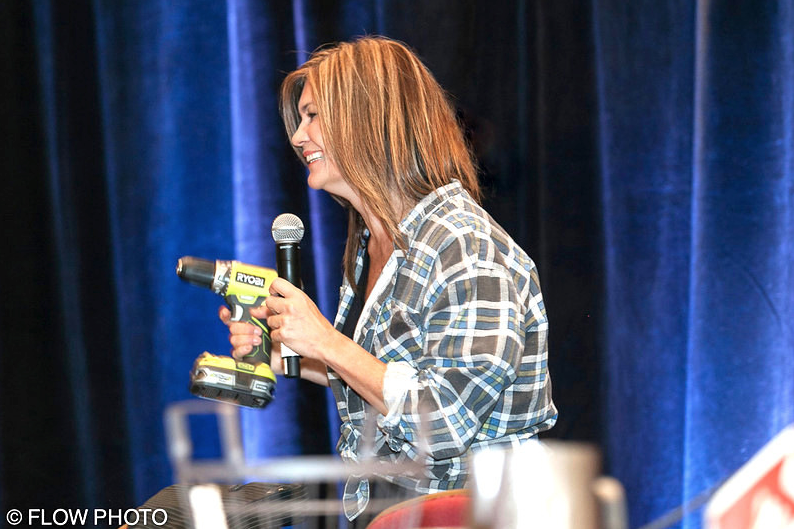 I’ve done my fair share of public speaking at shows, and even flown out as a keynote speaker at a blog conference! But then it’s over and we can all move on.

Even videos don’t have to be terrifying… if you can edit out stuff.

But live broadcasting? That’s a WHOLE other ballgame.

I did lots of Perisoping back in the day, so that indeed has helped. But it’s still really intimidating going live.

I can forget my script.

I can veer off topic.

But there’s only one way to punch through this barrier, and that is to just do it.

And then if it’s not for you, you can just stop. Right?!

But as one minute flipped into another, I realized I had a LOT more to figure out before jumping right in. Then suddenly, my quick broadcast turned into all day prep, and then it got dark.

And since I don’t have a light kit, I had to finally call it a day.

So here’s how I set up a cheap broadcasting studio, for the  days ahead…

* This post contains some Amazon affiliate links where appropriate, so you can find the stuff too. 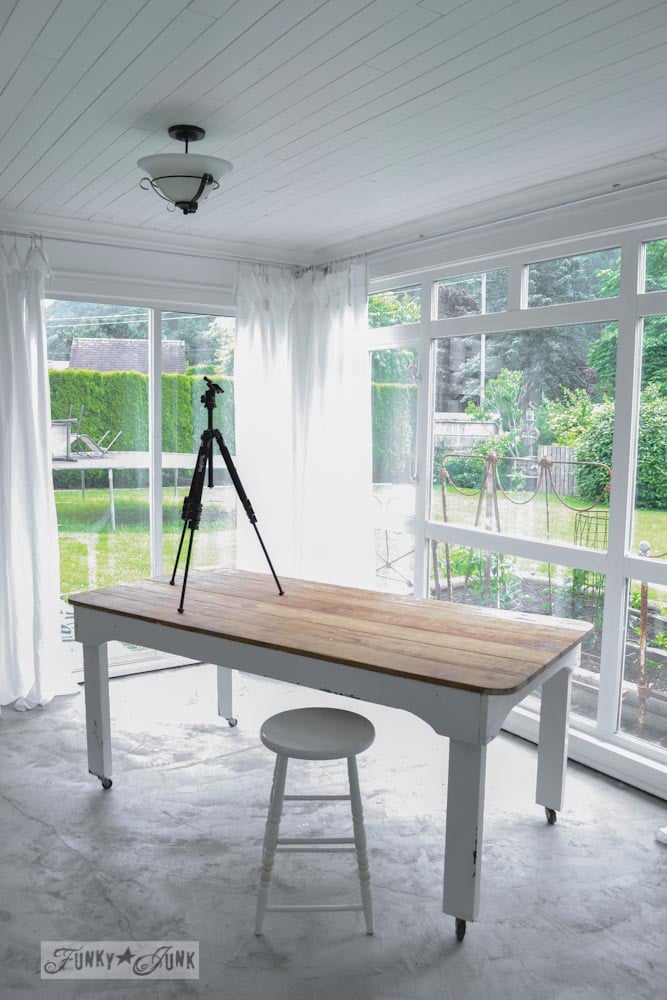 So… my photo studio is positively flooded with natural light, which is actually pretty important. But it does get tricky if you wish to work beyond daylight.

I’ve had my eye on a light kit for some time, which would also come in handy for photography.

I want THIS KIT. 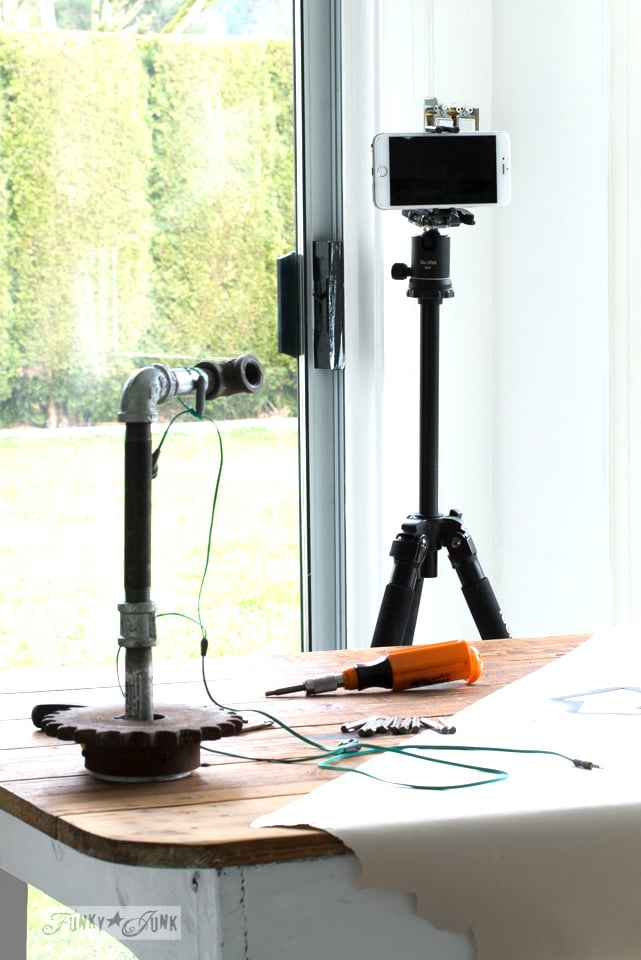 A mic is your best friend

When I use to be a Periscope user, I use to watch Alex Pettitt. He’s kinda the big guns there and knows his gear.

One thing he always pushed was to use a mic for live broadcasting. The sound is SO much better than from a phone. I tried it with just the phone, but it sounded like talking into a tin can inside an empty cave. Not cool.

The only cordless mic I have found is on Amazon for $400. Ouch. Hesitation much? So, I grabbed some earbuds with a mic on them, and propped them up with my ‘industrial mic stand.’

Ok… a bunch of pipes screwed together weighted down with a big fat rusty gear.

The sound was significantly better! The key was getting the mic near your mouth.

Since this was going to be a sit down session, this worked for now. But if you are on the move, a  wireless mic may be in your future. And in all honestly, mine too.

Here is a cheap corded one.

Or visit Alex’s site where he names all his fav gear. 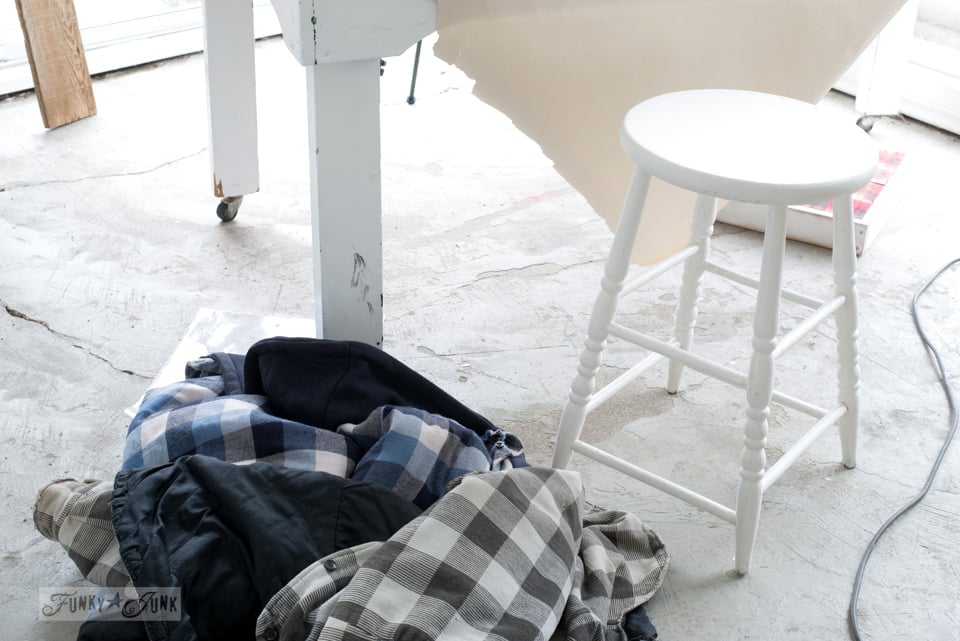 But the room still needed a tiny bit of help, echo wise. With little fabric in the room, it’s pretty bare bones.

So I threw a bunch of coats all over the floor.

We are VERY high end here, friends. But it did work, so you can’t beat free progress. 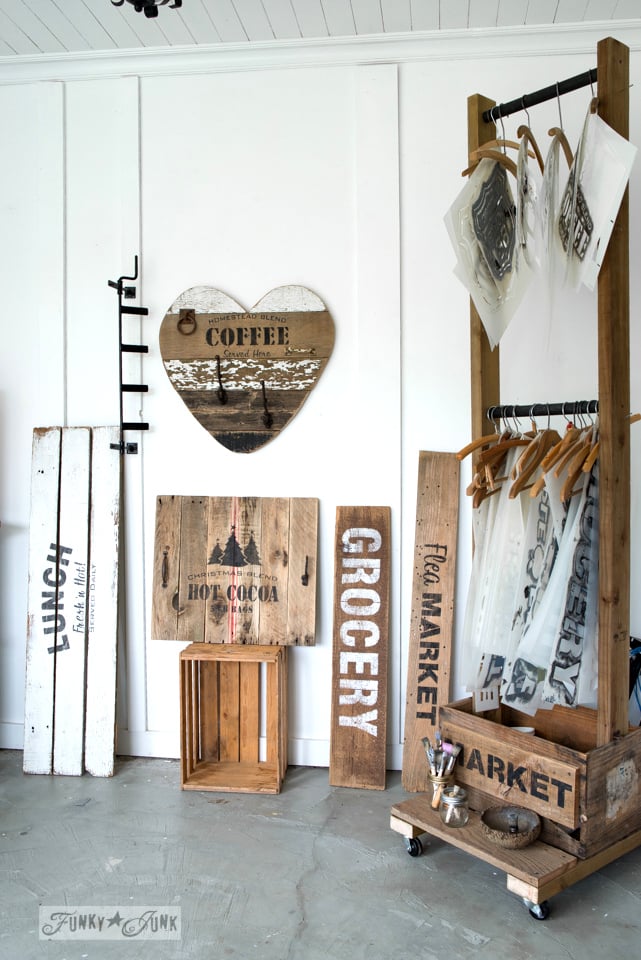 Life would be easier with a rolling backdrop. WAY easier. But since I don’t have such a luxury, I just threw a bunch of signs in the background, since that’s what my first topic of choice will be about.

This is trickier than anticipated. Since I was filming by the windows, nearly the entire room showed on camera, so this took a little gutting and rearranging. Just don’t go walking outside this room right now…
.

Some broadcasting will entail a person filming you. But being a one girl band, I knew I needed a tripod. Regardless, I think a tripod is a good idea, and saves your viewers from getting potentially sea sick.

You can find all my fav camera gear I use HERE. But just know, not all fittings are universal.
.

I went to London Drugs, which is a local store with camera gear, and picked up a phone holder that you’d normally use for inside your car. I chose one that could clip into a tripod.

I don’t know what it’s called, but it looks identical TO THIS ONE.

Just be sure it fits your particular phone. I had to try a few due to the iPhone 6+ size.

Every time (and I DO mean every single time) I prepare for a broadcast, the phone battery drains down. Then I can’t broadcast.

I suggest to keep your phone plugged in while you prepare. I used my travel charger so I didn’t have to worry about extension cords.

THIS TRAVEL CHARGER is the one I love and use all the time. Even when I go for a bike ride!
..

And then came the intense practice. I just shot myself with the iphone on video mode, and played it back. Again and again.

But it’s the only way you know what needs addressing… so I was hard on myself, and tried to avoid all of the below…

Don’t delay your start, just dive in! No one wants to wait, especially on replays.

Speak about what you know, so it comes natural.

No filler words! I don’t say um, but I tend to say AND a lot, running my sentences together. Who knew?

Evoke conversation, if your watchers can communicate back. That is WHY you are live, so include them.

Lots. Lots of stuff I know I should do.
.

So, lookit me write a how to on a topic I haven’t even done yet!

And now that I’m all set up, I guess I should go through with it! 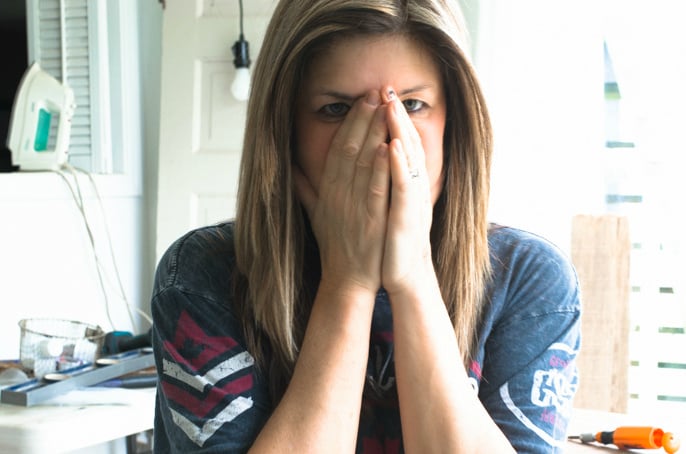 Wood and pipe stencil storage hooks
Light and airy sheet curtains on pipe rods in the photo studio
How to paint a concrete floor white
Build this easy DIY wood window screen for tricky windows!
Favourite cameras, and where they do best, with must have gear!
A very special rustic style photo shoot for a friend: Neu Skin Botanicals
Facebook Pinterest Twitter Instagram RSS