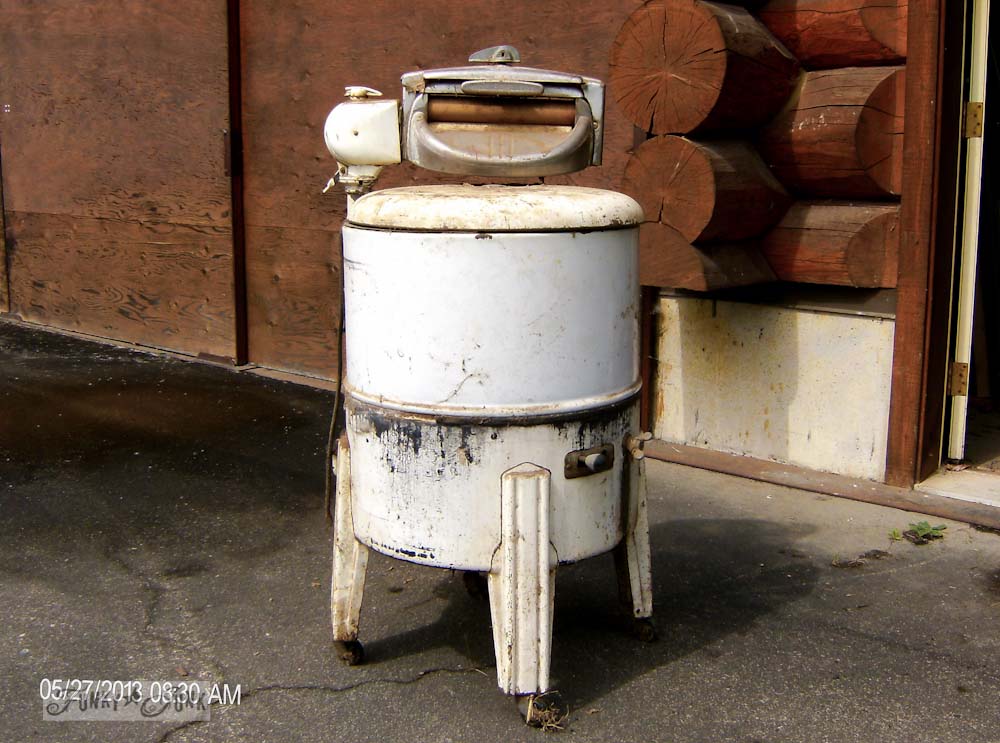 My sweet Grandma lived only 10 minutes from us while growing up. I never knew my Grandpa as he passed on way too early, so it was always Grandma’s house.

Grandma’s place was kinda cool. It was a really old, cute home with one of those scary basement with cement walls, spider webs and creepy, drippy apparatus. But upstairs was original, bright and cheerful with plenty of windows. And always smelled of freshly baked bread. Always the bread.

My brother and I often went for night to Grandma’s. We’d sleep in the spare bedroom with the big, hard bed. The room was always a little too cool, but it was Grandma’s place so that was ok. We would play with these paper coins, read plastic picture books and study the vintage images on the wall hung pictures. They were so old they were intriguing. You just didn’t see stuff like that as a general rule. You know the kind, collie dogs looking slightly to the side with their smiling faces with the sunlight hitting them perfectly. Or those little men (kids??) carrying around wine barrels in some cellar. Never did understand that one. 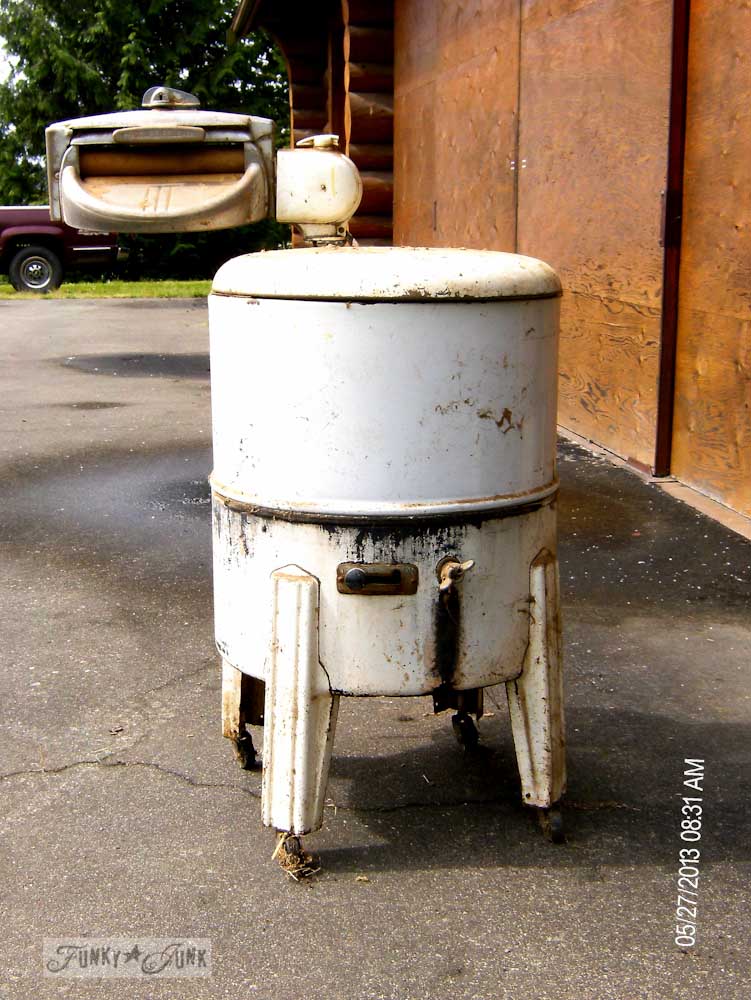 When you entered the tiny back porch, you were greeted with this washing machine generally humming away. I remember watching Grandma wring out the clothes in that top portion. She’d then turn around and hang the clothes on the line. It was the perfect setup.

So! As it stands, it appears the machine is being stored in my uncle’s barn. He knew my love for old stuff and emailed me these pictures, asking if I’d like to hang onto the machine. Because it was Grandma’s.

I TOLD myself no big stuff! But… it’s Grandma’s! I really don’t have the room, unless the object in question can do double duty, as in be productive in some way.

So I look at these pictures and ponder what on earth I could do with this memory inducing relic. An outdoor plant stand is a given, that would be cool, but I’m concerned with it deteriorating too much. So it would have to come inside.

But it has to do something.  Wonder if it could become a laundry tub? It might be too tall but maybe it’s not… hmmm…

I’m not usually at a loss for these types of brainstorms. With any given object in question, I just pick it up and carry it through the house, deciding what it’ll do. But being that this guy is heavy, I need to rely on imagination this round.

In a perfect world, my home would be SO LARGE that this thing tucked in the corner would be the perfect plant stand or side table of sorts. But… yeah. Tight quarters.

99 thoughts on “Grandma’s big beast washing machine.. yes or no?”