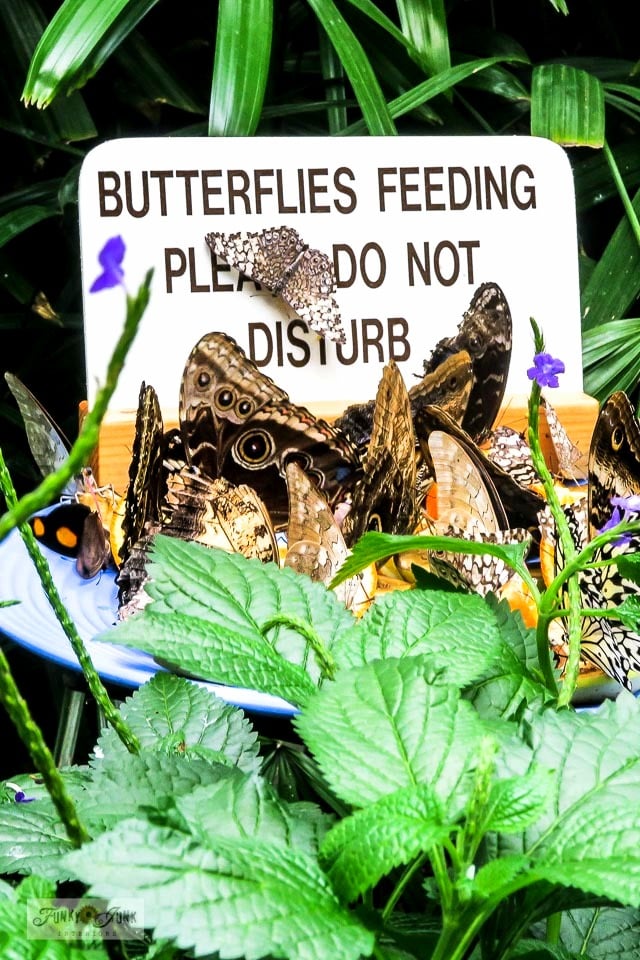 This week didn’t go as planned… I’m trying a whole bunch of new foods and other things lately and a few things went south. Whoops…

I am quickly finding out, changes (you read about in THIS post) don’t come overnight. Your body can’t even handle that. So I’m pulling back, slowing down and back to my Dr. I go for some more sound advice. I’ll put something together to update you next week for sure if not before.

So… with no DIY on the go as yet, I decided to pull up yet another little past adventure near Niagara Falls that was such a special find! 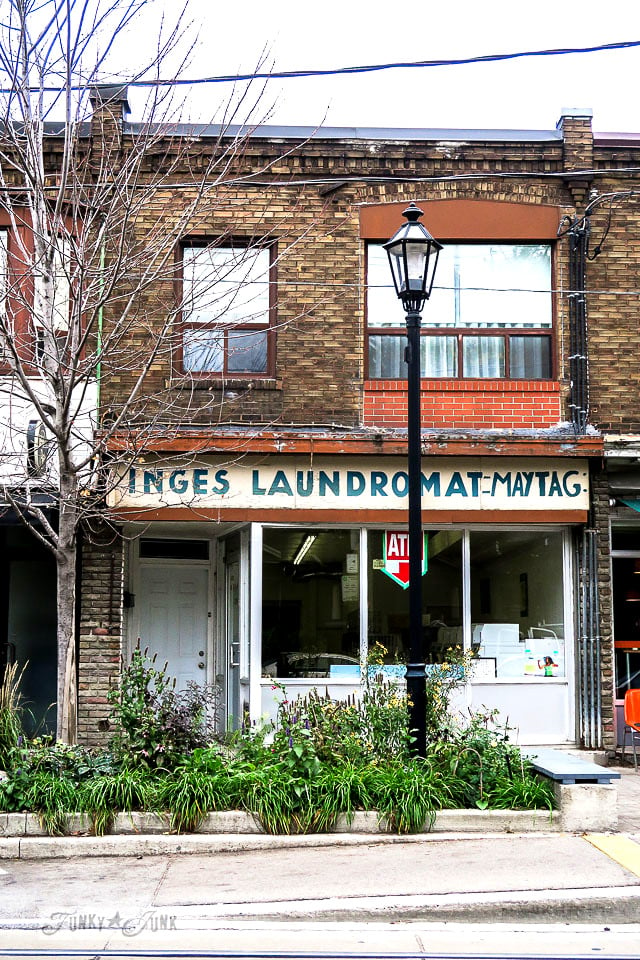 I went on a conference trip near Niagara Falls, in Ontario, Canada, however I decided to extend my stay after the conference and tour around Ontario.

Part 1 HERE is touring the epic historic town I stayed in before the conference.

Part 2 HERE is a stunning stop at a spectacular ride across a ravine!

Visit all Ontario 2018 adventures from HERE

So let’s continue with Part 3 to a charming trip to Niagara Parks Butterfly Conservatory! 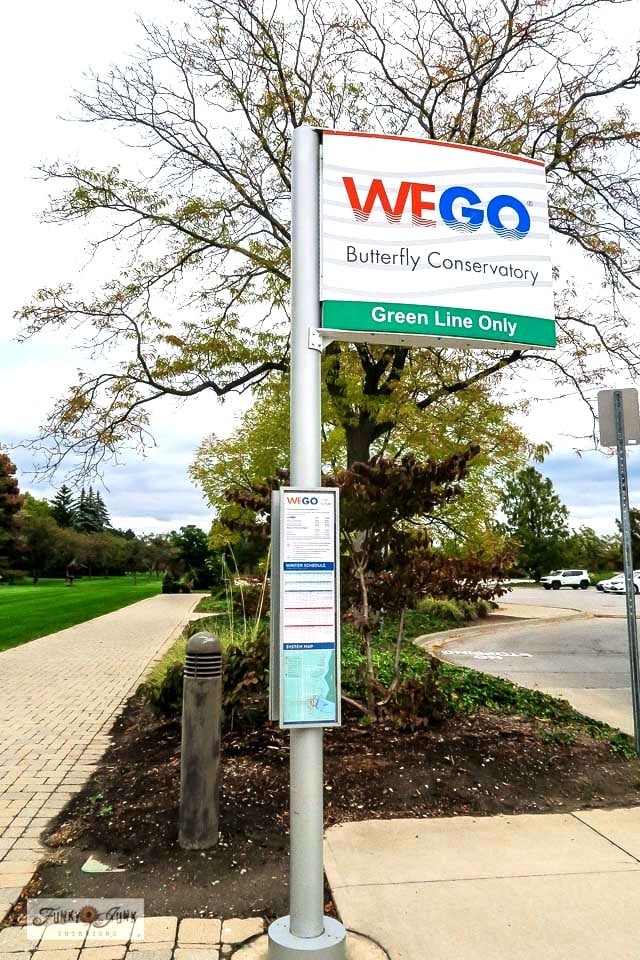 My past trip to Niagara Falls was through a bus tour that whipped through the area in matter of hours.

While organized tours have a place when you are new to an area, I knew without a doubt if I ever returned to this area, I would want to spend at least a night right in Niagara Falls to saturate in the surroundings.

So after the conference, I booked in an amazing hotel overlooking Niagara Falls (oh my… coming soon).

With a fancy hotel comes fancy valet services, in which you pay to have your car buried in some deep underground parking, making it a little bit of an event to get it back.

As luck would have it, the hotel stay came with some free bus passes so I could visit the nearby sights without needing the car or paying even more for parking elsewhere! What? How cool is that?!

Knowing nothing about the bus routes, I scanned the ticket, then quizzed the front desk… how did this bus thing work? Where would it take me and when?

They handed me a map with times and said all I had to do was stand at the stop and wait to be picked up!

This bus route was pretty neat. It visited all the nearby areas within a loop, so if you just stayed on the bus, it would ultimately take you back to where you first got on. Very cool! And made things easy.

So I decided to check out one stop which was deemed the Niagara Parks Butterly Conservatory. 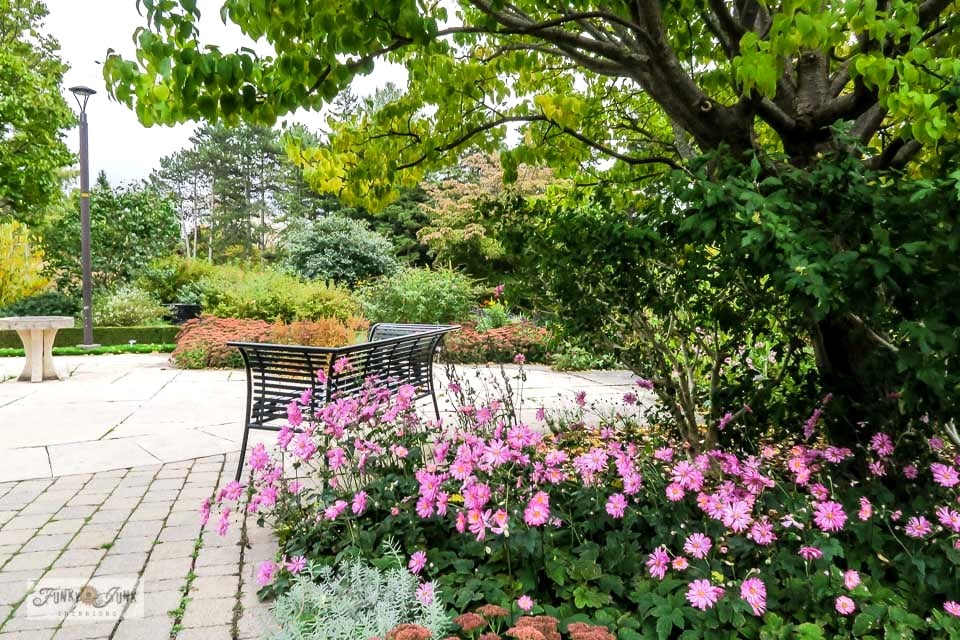 Once I got on the bus, I admit I felt a little unsettled. I don’t take public transit at all so the thought of this bus not stopping where it was suppose to and ending up in the next province entered my mind!

But as the bus driver started chatting about the area, I knew I was in the right place. Plus, a person can always ask, right?!

Turns out I didn’t have to ask a thing. The driver asked me where I was going so he could stop FOR ME. Doesn’t get much easier than that.

The bus ended up stopped in front of this gorgeous garden filled to the brim with flowers in bloom lining twisting pathways. So I followed the walking paths until I found the actual conservatory. 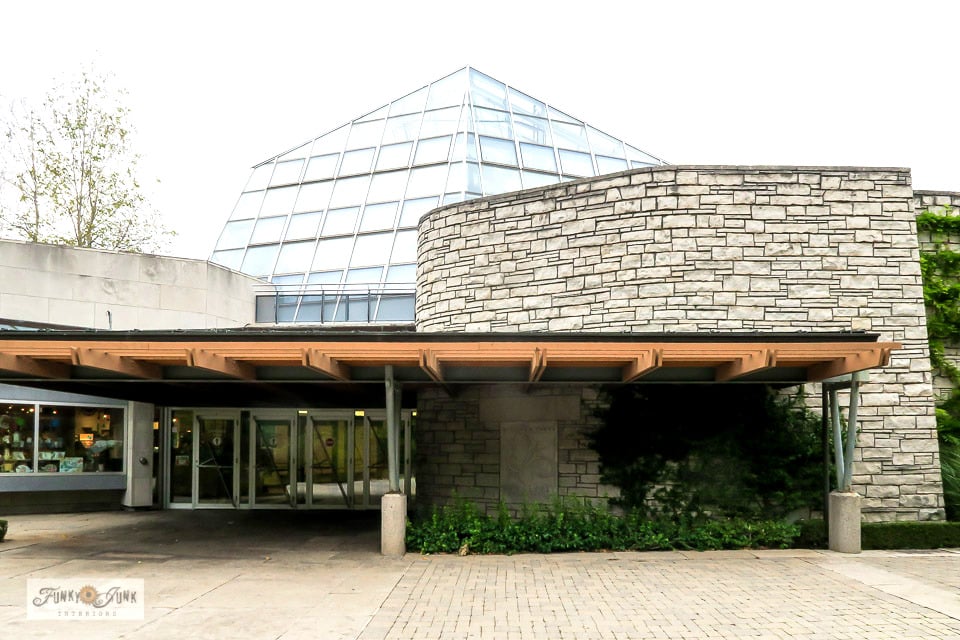 And felt a huge triumph! I made it. I actually made it! On a BUS! 😀

Laugh if you must, but this is how I felt. It was actually quite liberating. 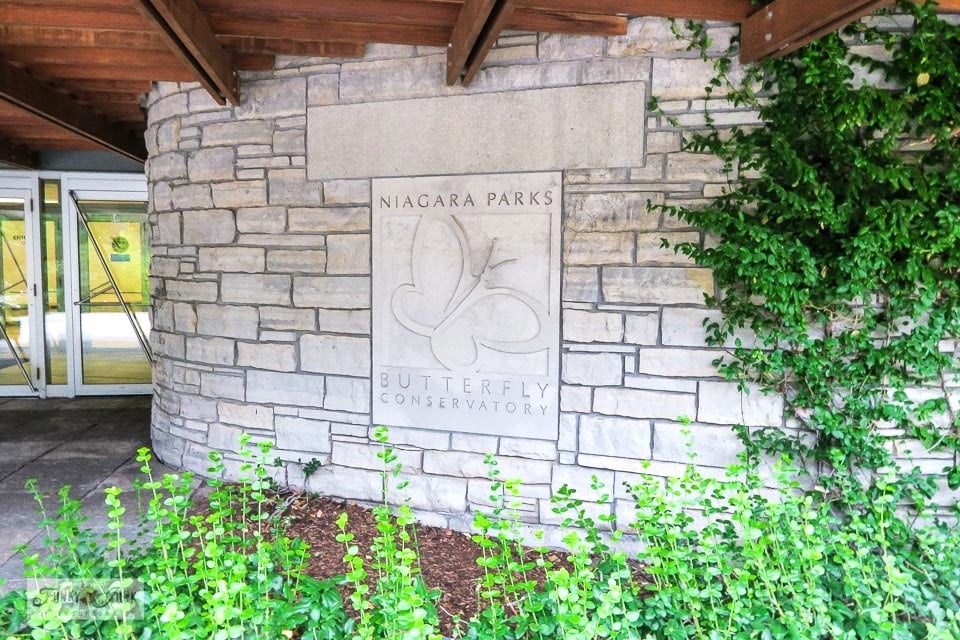 I was excited to check this out! I had read about the Butterfly Conservatory back home before coming out and knew it was one of the places I’d be driving to. I just had no idea there was a bus system that covered it! 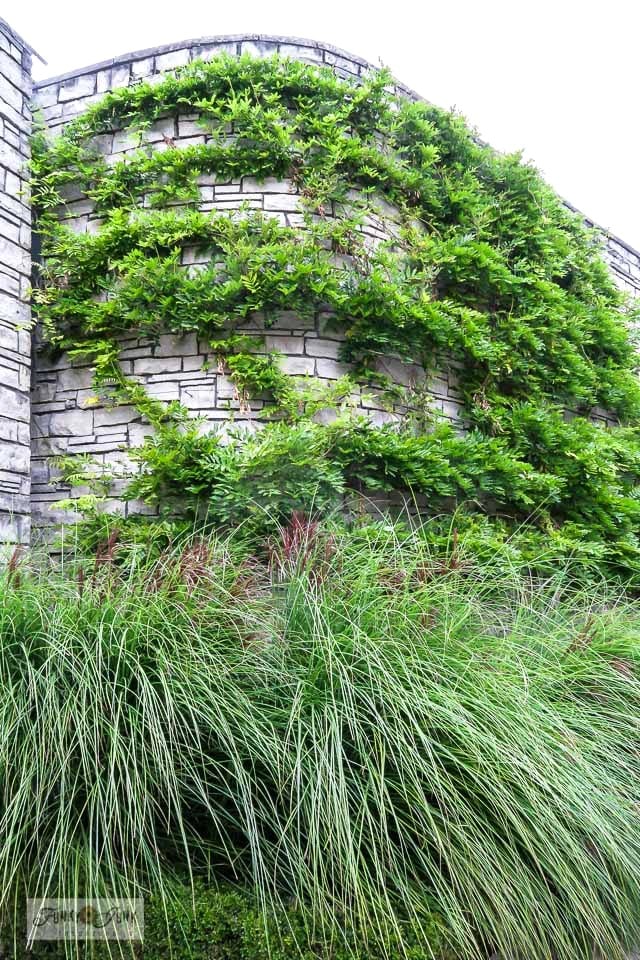 Even the building itself was decked out in gorgeous shades of green growth. The place was truly spectacular. 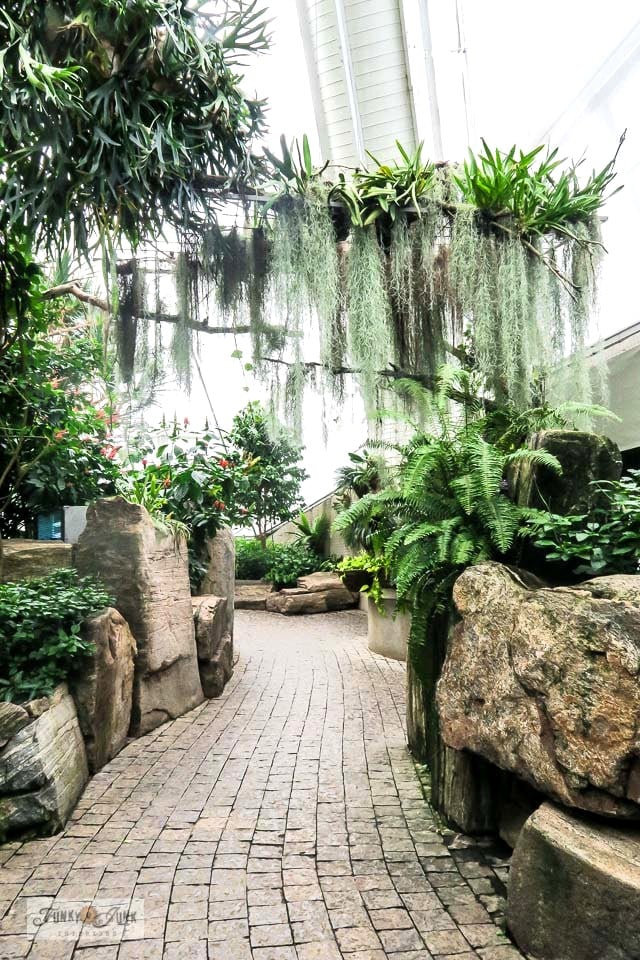 Once I got inside, it was as if I walked through a very humid and beautiful tropical paradise. Imagine hearing gushing waterfalls and having all these gorgeous butterflies flitter around you. 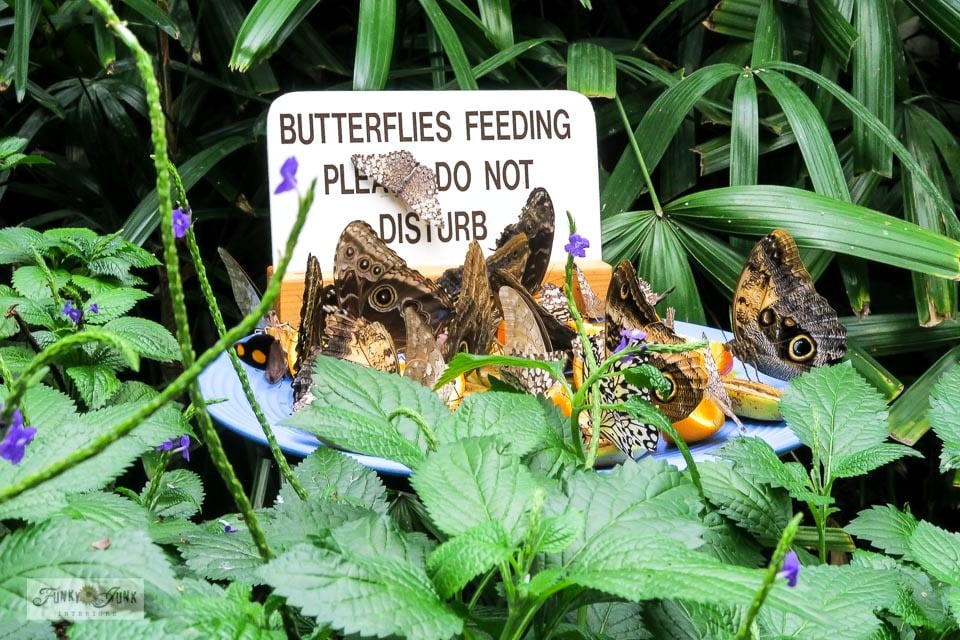 The feeding bowls were so intriguing! They were everywhere you looked. 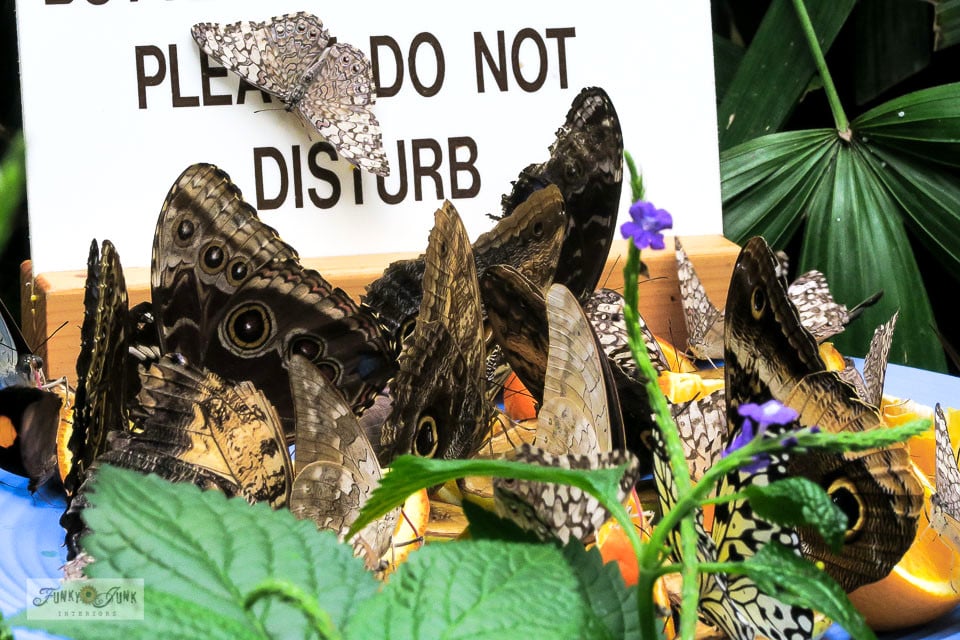 They were filled with orange peels, bananas and other things I don’t remember. But whatever was currently on the menu was indeed a hit. 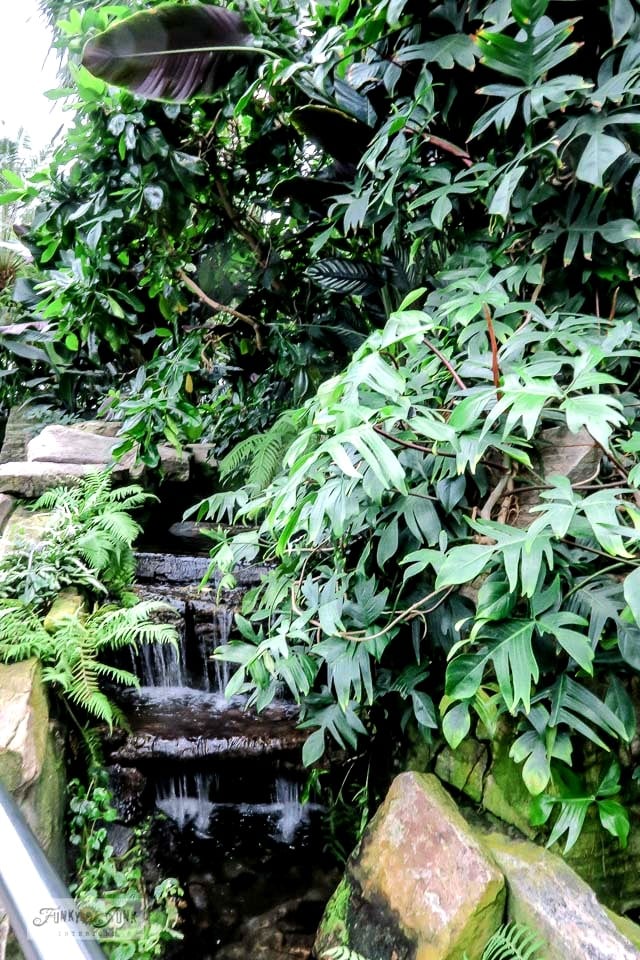 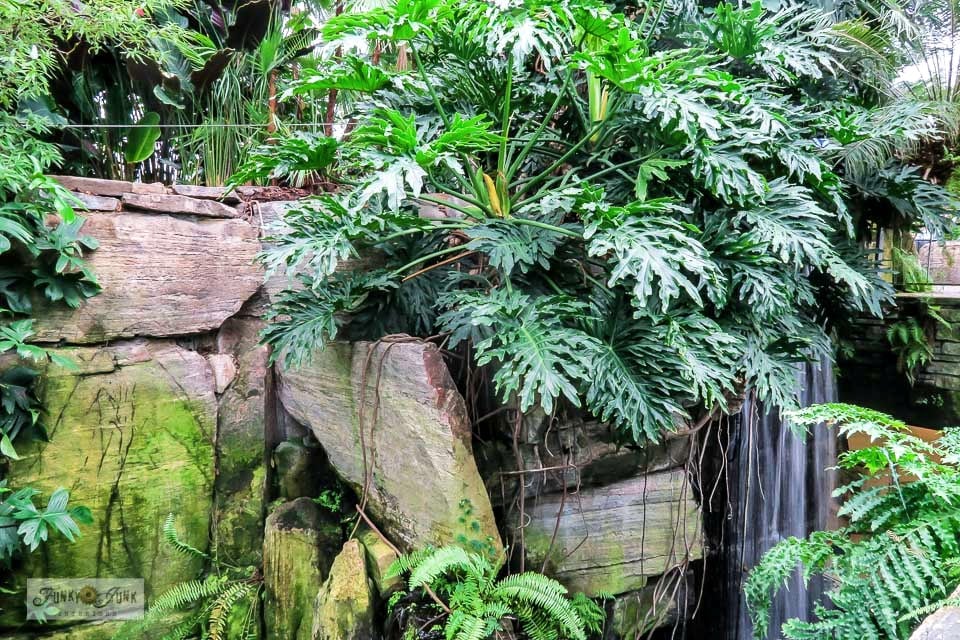 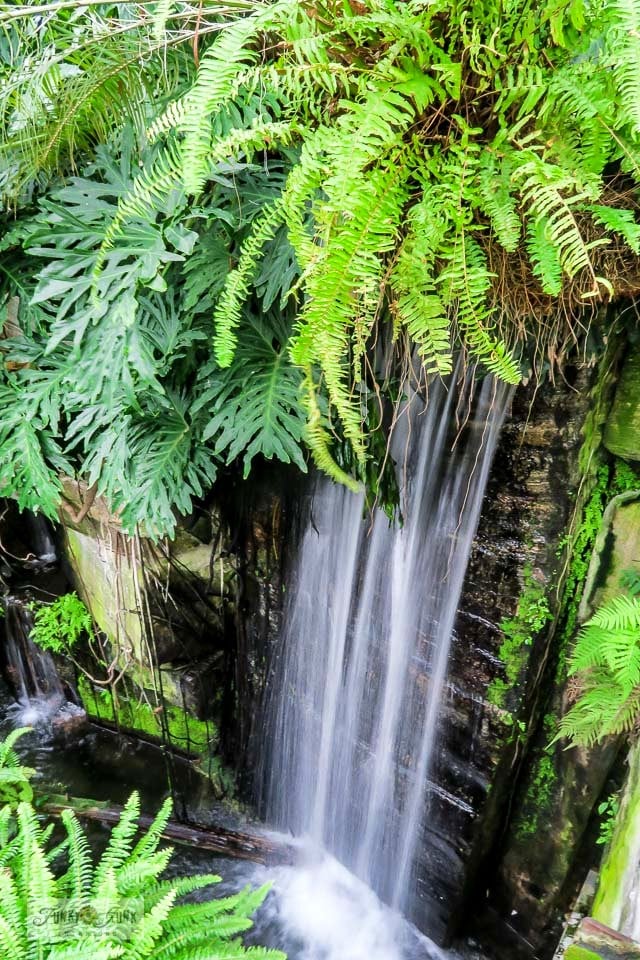 The sounds of waterfalls was so prominent and the space really did feel like you were outdoors in a jungle. 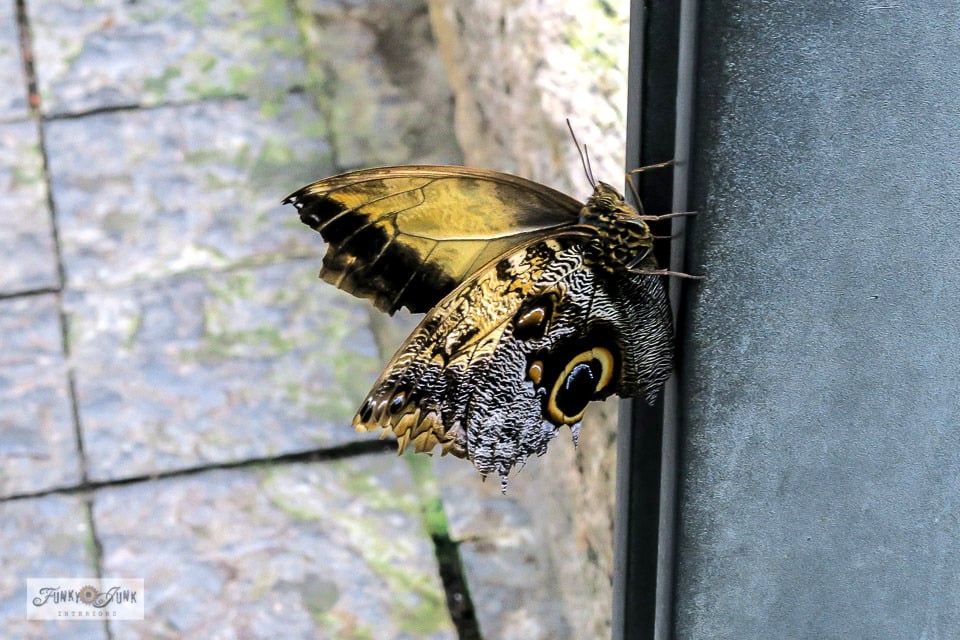 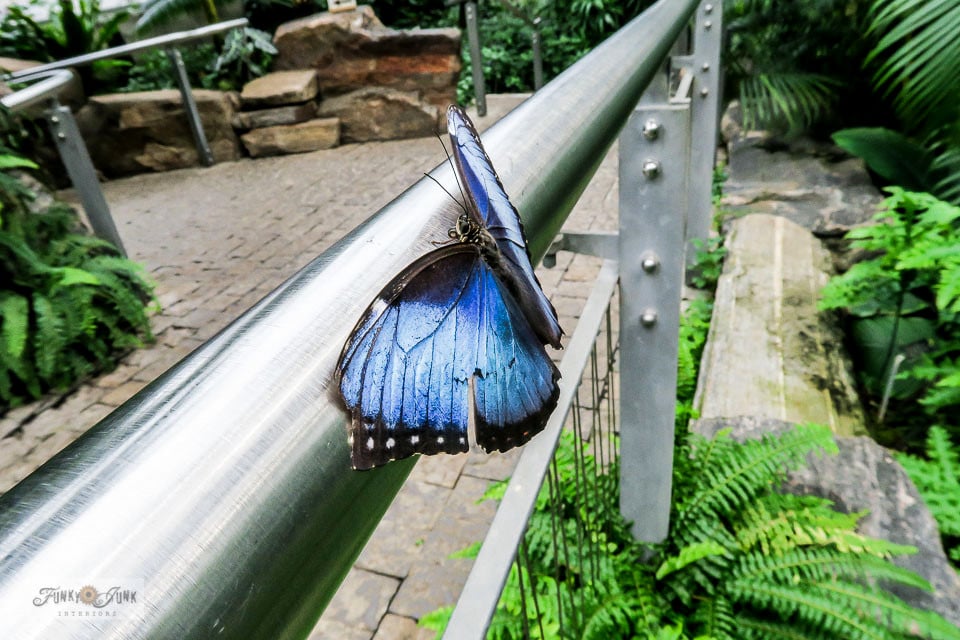 It was a very peaceful meander in which I repeated several times. 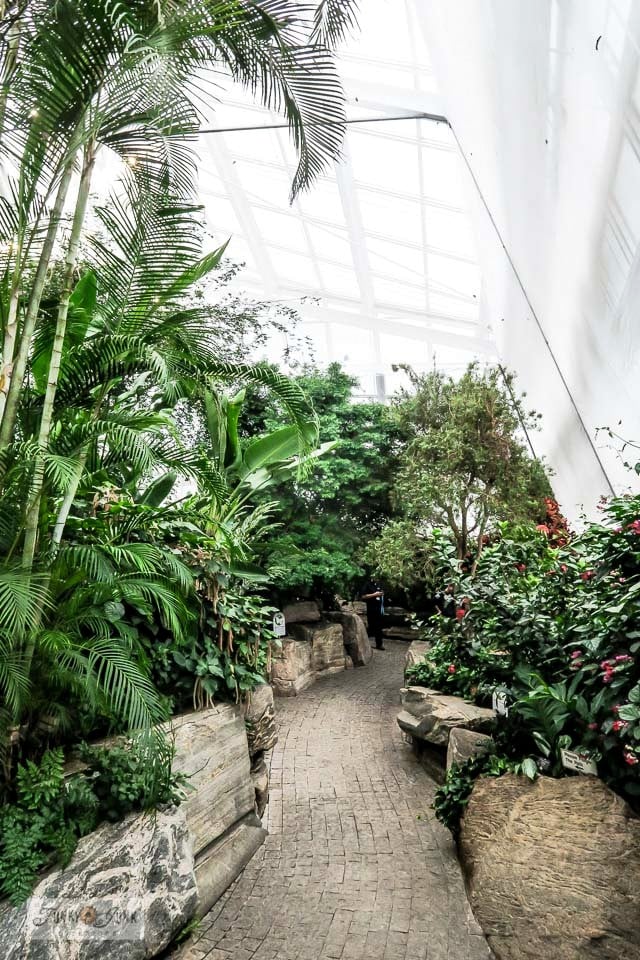 You could take as long as you desired… with closing time and bus stops in mind of course!

Once I was ready to head back, the bus driver suggested I stay on board for the entire loop so I could witness all the stops without actually getting off. Good idea! Now that’s free sight seeing! 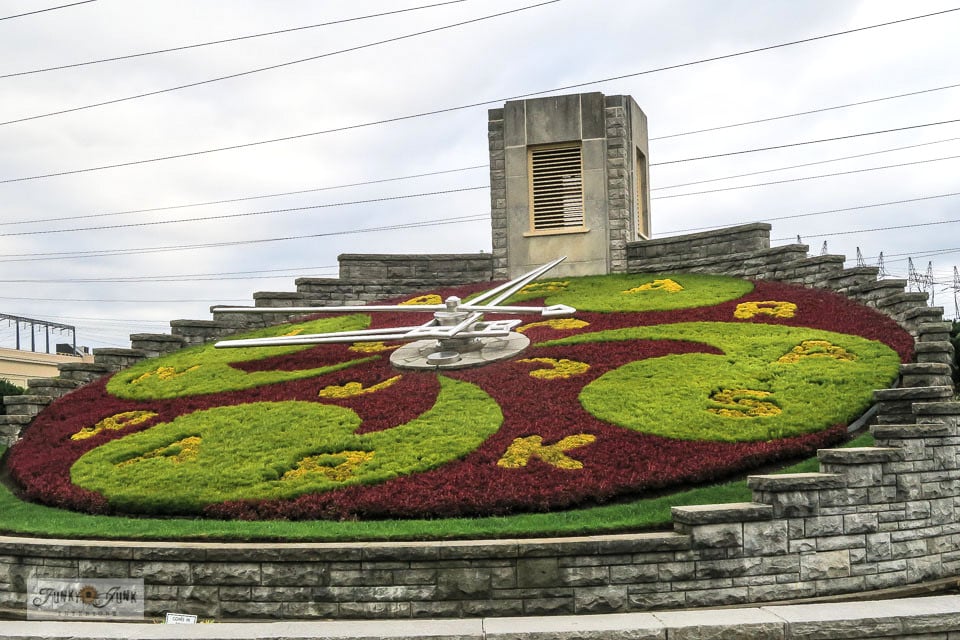 One stop was passing past a park that had a Floral Clock. Since the bus actually stopped for a few minutes there, they encouraged me to run and grab a picture. So I did!

Anyway, seeing the Butterfly Conservatory was a lovely, restful, worthwhile (and warm!) stop while encouraging me to try a new method of transportation that actually made my trip so much more enjoyable.

I had a very similar transportation lesson when in New York. I was struggling to figure out the subway, so my son and I rode in expensive cabs until we got stuck in traffic. $$$ That ended that! Once I got the right help to understand the subway, you couldn’t keep us off of it!


.
Click above for a short video tour of a charming trip to Niagara Parks Butterfly Conservatory.

Have you been to this stop or one like it?

Visit the rest of this trip to date HERE

Visit all my other Ontario posts to date HERE (which includes a tour of the city!)

3 thoughts on “A charming trip to Niagara Parks Butterfly Conservatory”