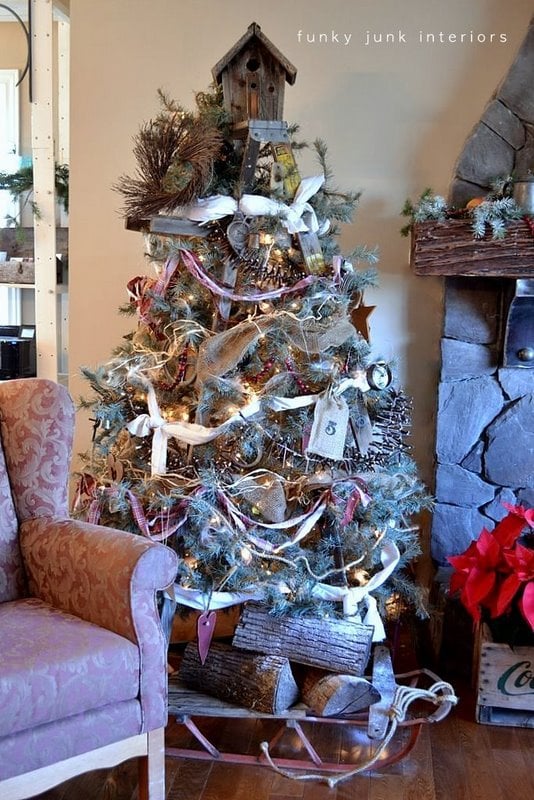 By now, you FJI regulars have caught a glimpse of my stepladder Christmas tree this year.

You kind of have to do a double take. There’s a stepladder buried in this picture. Here, let me prove it.

After the fiasco of landing two bad real trees last year and them both dying within a week, I decided to end the grief and bring out the faux this year. And do something original to remove my faux boredom that was setting in. 🙂

I will say it was not easy to get that tree inside that ladder! I removed the top so it would fit, then attempted to push this spring loaded puffball into a skinny ladder frame alongside the grunting help from my son.

His thoughts?!? He’s forgotten about it but continues to say, “I’m gonna have a normal tree one day!”

Not everyone is born to love junk. I embrace that. 🙂 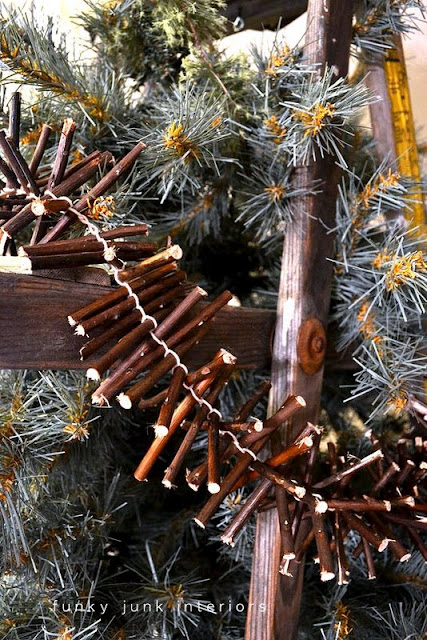 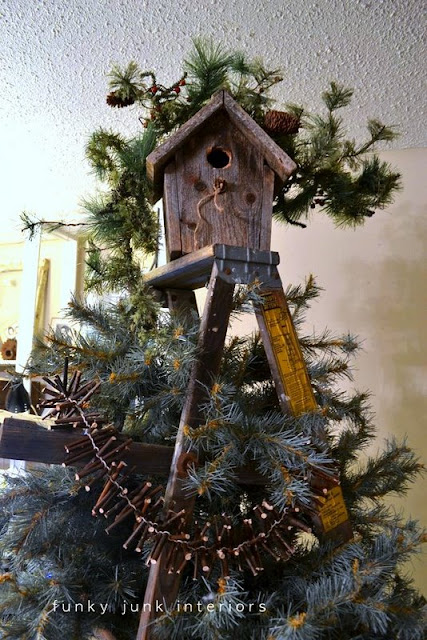 I messed around with an additional garland on top, however it was too green compared to the blue spruce. 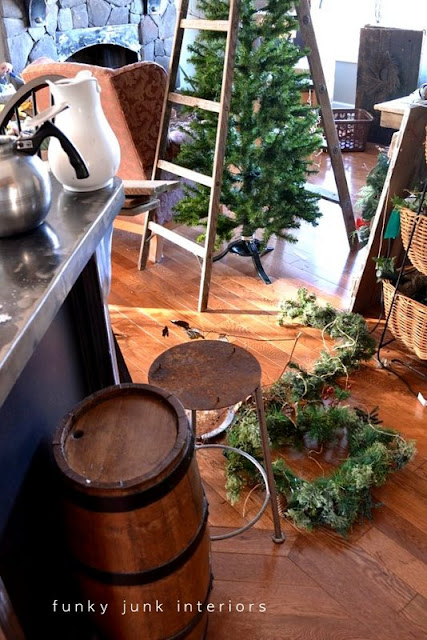 Here’s a glimpse of my first draft. It was a smaller pencil styled tree I also have.

Which actually was equally cute in it’s own right. But I chose the puff instead.

Galvanized was the theme, so whatever metal tarnished or rusted stuff I had sitting around found a home. 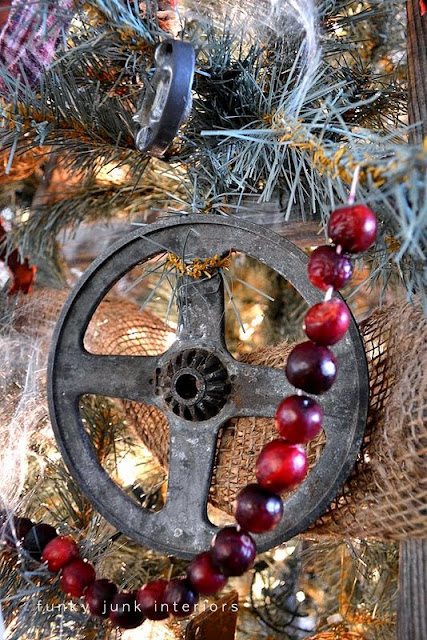 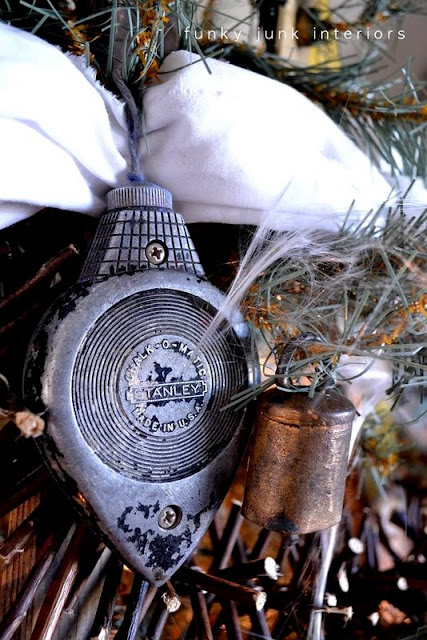 Chalkline thing – dead ringer for a junk ornament in my eyes! 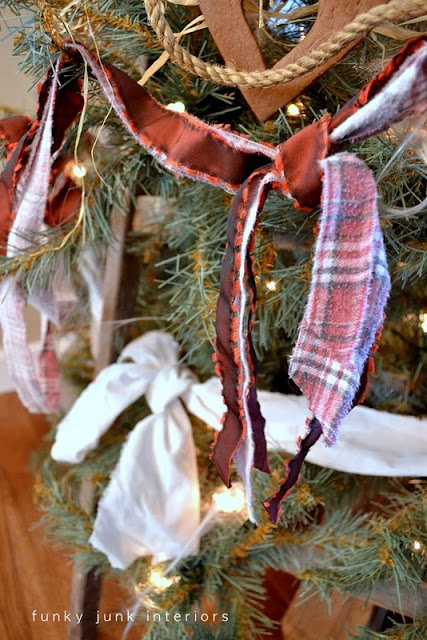 Garland was rope, torn sheets and ribbon, tied in knots in order to join for longer lengths. Rather than fuss and hide the obvious, I chose to celebrate it. 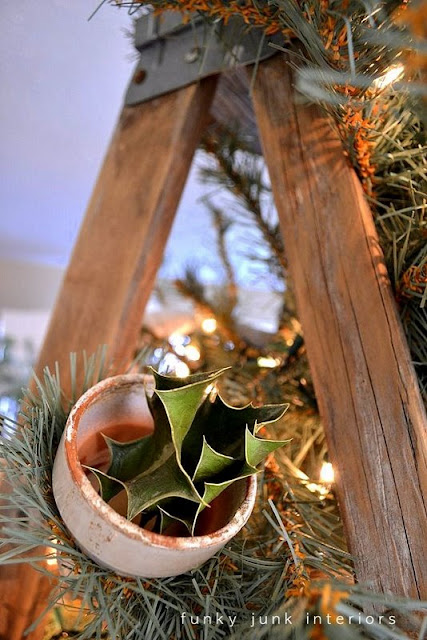 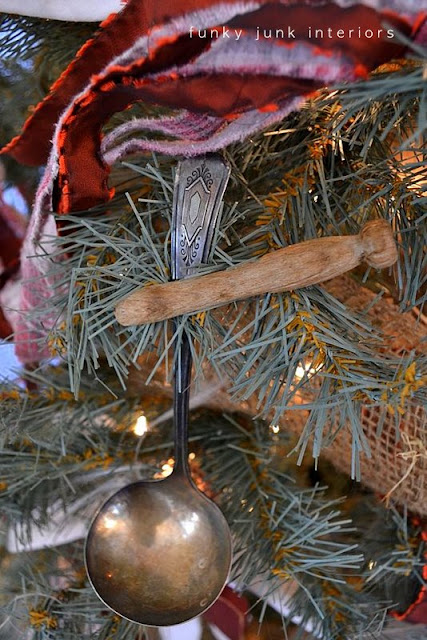 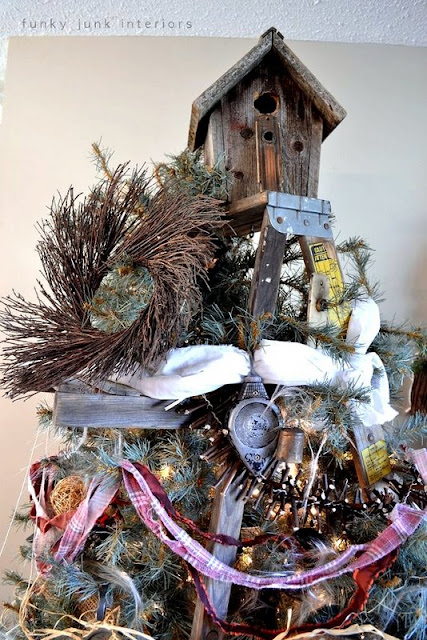 The birdhouse ‘star’ was borrowed from the backyard. It was perfectly themed and decided in about 10 seconds. 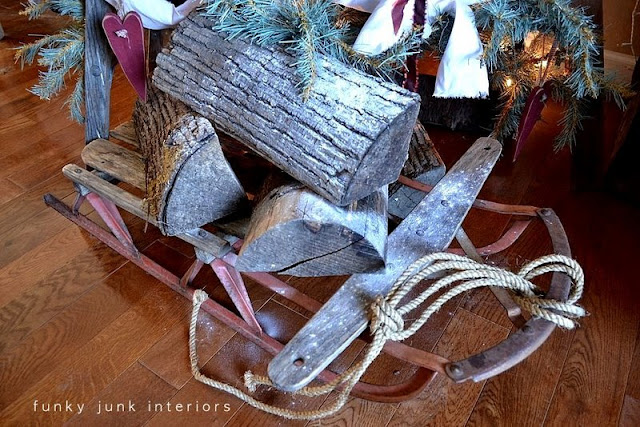 As for the base, I placed a firewood filled sled in lieu of a traditional tree skirt to chime in moreso with that outdoor feel. 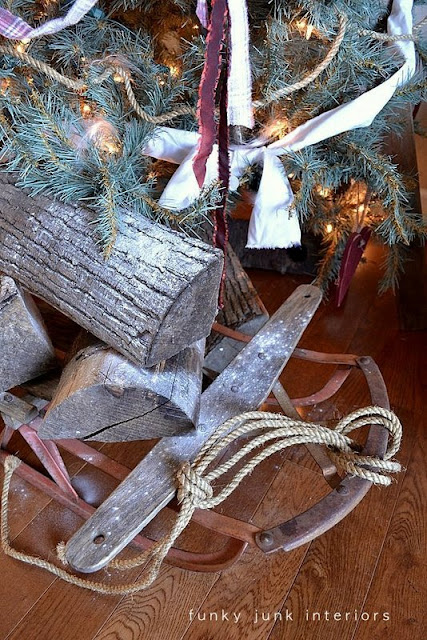 The snow is flour. All my snow tricks are HERE. 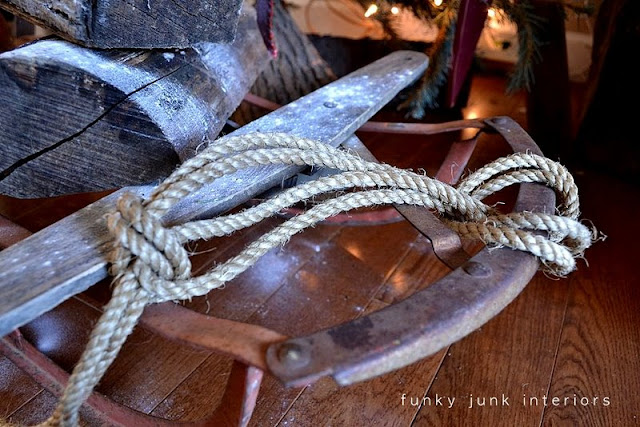 I like the rope addition. It gave the sled more life as if it just came off a snowbank. 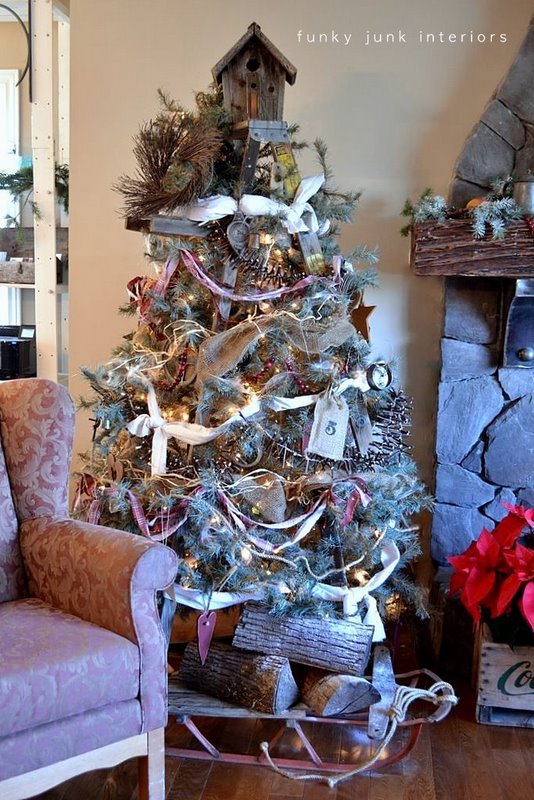 I know. It’s brave and even maybe (not maybe) a little crazy. But this kinda risk is just fun to take. 🙂

Hmm.. wonder what a ladder would look like overtop a REAL tree… don’t even DARE me!!

The making of a stepladder Christmas tree was shared at: 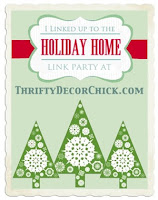 82 thoughts on “The making of a Stepladder Christmas Tree”