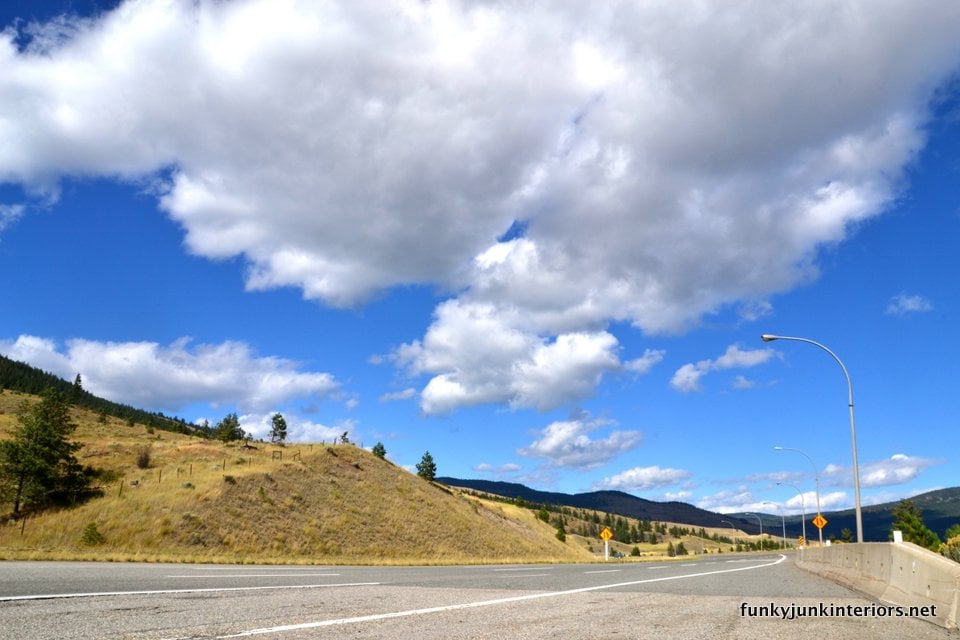 Driving the BC Interior

We are officially back from our summer adventure! In a nutshell, it was the most amazing thing we could have done for ourselves. It was far better than any trip to Hawaii in fact.

I have so many amazing things to show you! But my biggest pleasure will be to share the stories that unfolded. Remember Part 1 When a miracle happens? Many more miracles happened during this trip and some details just way too good to miss. So I hope you don’t mind a little story telling this week, because it’s the best way to deliver this series. Grab your coffee, tea or coke with each segment, it’ll be like reading a novel! 🙂

About “Our Summer Adventure”

A blogger who mentally can’t pause her social media world. A boy who lives for video games. This is the story of how an absolute miracle brought a mom and her son into a much quieter, simpler world, far far away from their own internet driven world. With no wifi. Will they survive? You’ll soon find out! 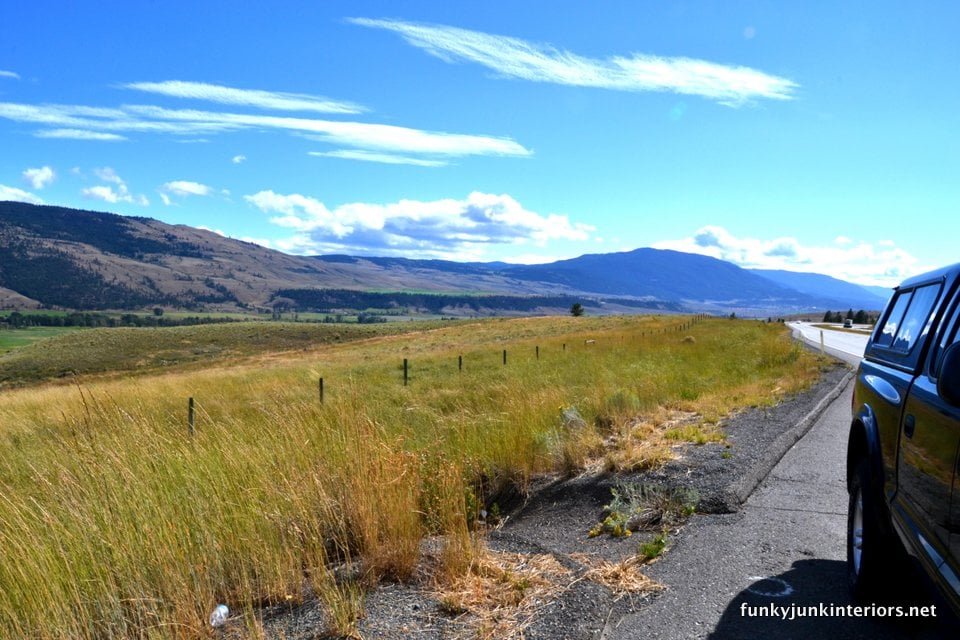 Driving the BC Interior

So remember my fear of getting lost in Part 2? I won’t lie… I was dreading leaving town. I was in fact mentally delaying the trip doing this and that. But when noon approached, I knew we had to punch out those doors or not go. So one last check around the house, and out the door we went. And you can bet the fear of the unknown followed me.

We decided to leave ZoomZoom (thanks Winthrop Audrey, I love that name!) and Zoomier (the cats) home this round because of the long drive out. It was so so so SO hard to leave those furry little faces behind! But I told myself this was about them this round, not us. It was better for them to stay with a great house sitter. I hoped they wouldn’t peer out the window as we pulled out and thankfully they didn’t, otherwise that would have done. me. in! 🙂

Our first stop was the local deli. Janice smiled as we walked in as she had encouraged me to stop there before we head out on our trip. We chose our goodies (a tradition we have before a road trip), with that sweet girl treating us on her tab to some of them to send us off, and we were on our way.

Flicking on the GPS, thinking we had it made in the shade…. it didn’t do what it was suppose to. It wouldn’t take a Salmon Arm address, so I eyed the crumpled up hand drawn map, turned to Cody and said, “Here goes nothin!”

BRAINSTORM… I fired up the Google Map thing on the iPhone and.. bingo! That thing was jibber jabbering to us like no one’s business. We were set. It was time to get serious and actually get out of town. Gulp… 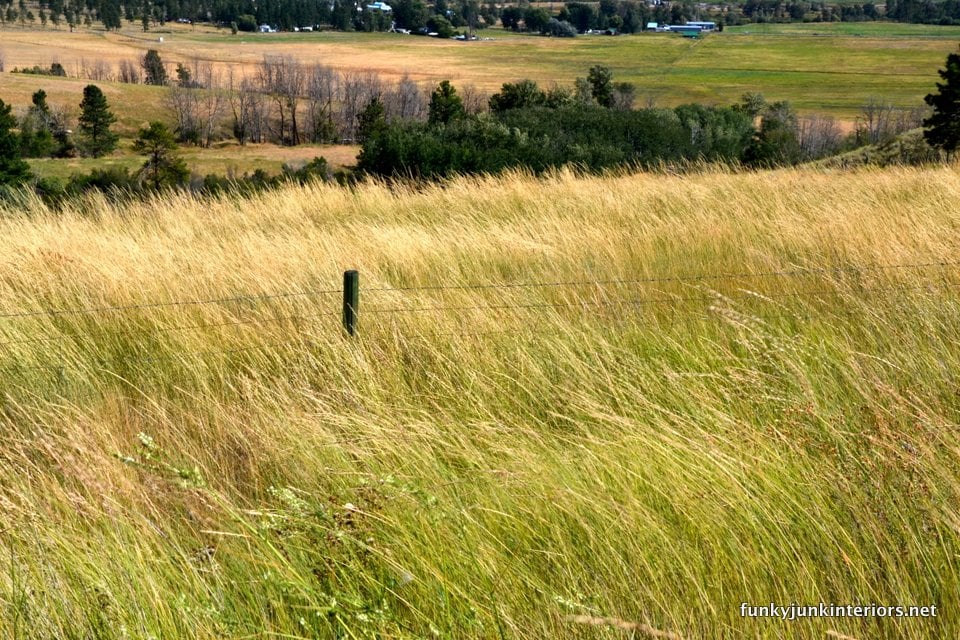 Hay fields in the BC interior.

1 hour. 2 hours. Traffic was awesome and comfortable. But then the stomache ache part arrived….  you know the part where you know what you’re suppose to do but the signs mess with your head because they taunt you with different information?! Yes, THAT!

“Are we on the right highway?”, I ask my non driving son that really isn’t paying attention to any such road signs whatsoever.

“Why did google call the road that? That’s not what it’s called!”

6 lanes deep. On the top of a mountain no less with so many speeders! What’s your hurry people?! With nothing else to do but go the right way, or the wrong way or over the cliff way… (pure drama, I know)

BAH!! Much like jumping into the deep end, you just go and hope you didn’t just choose the 5 hour detour. And know what? I guessed right! It was like winning a lottery!

Or rather, I listened to Karen’s advice. “Go straight. And stay to the left. But go straight.” And just like that, the hard part was over. It was time to finally stop panicking and enjoy the ride and what was about to unfold before us.

And so we did. 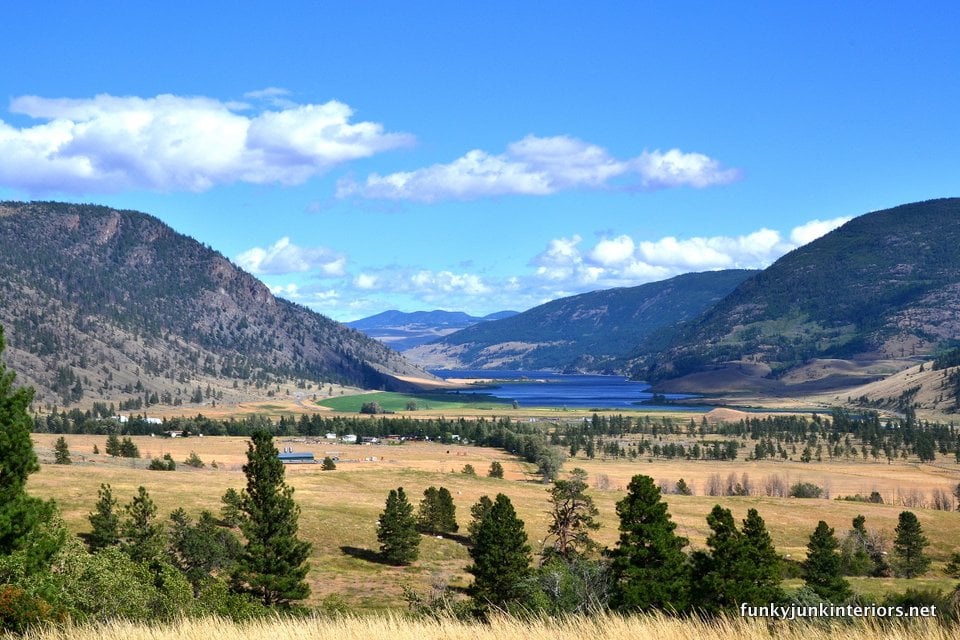 The gorgeous Nicola Valley, near Merritt, BC, Canada.

I won’t lie. It was a long LONG trip. 6 hours including a stop for dinner. But… man oh man… if my son had been driving age, he’d have been at the wheel because the pictures I missed out on?! It was the most beautiful pain I’ve ever felt.

We basically drove half way across BC, which brought us into the desert like interior. We left the tall green trees and lush mountains for very rolling tumbleweed filled hills with sparse trees. They were very different and very beautiful in their own way. It truly felt like driving into another world.

I’ve been on road tours with my parents as a kid MANY times. We drove clear through to Saskatchewan one summer. But it’s a whole other experience when you’re an adult driver vs. a short kid in the back seat, holding an empty Premium Crackers box in case you get car sick because the only thing you can see is a blur to the side of you.

This was Cody’s first time seeing the BC interior, so it did me good to witness his expression seeing everything new for the first time.

A new adventure is truly the best gift

you can give your kids.

And then we passed the Salmon Arm sign. WE MADE IT!

But first we had to find the little house we were staying at. All I knew was it was a cottage on 100 acres. Cool… but where in the world… our course led us up a twisty little mountain road that soon turned to gravel. Uh oh… I don’t remember this part of the conversation… did Karen say gravel? Are we in Alberta or even Montana at this point?!

Reaching for the phone, I spotted the name of the road up ahead. Smiling, we were good to go. Not really having any idea what to expect house and land wise, we pulled in. 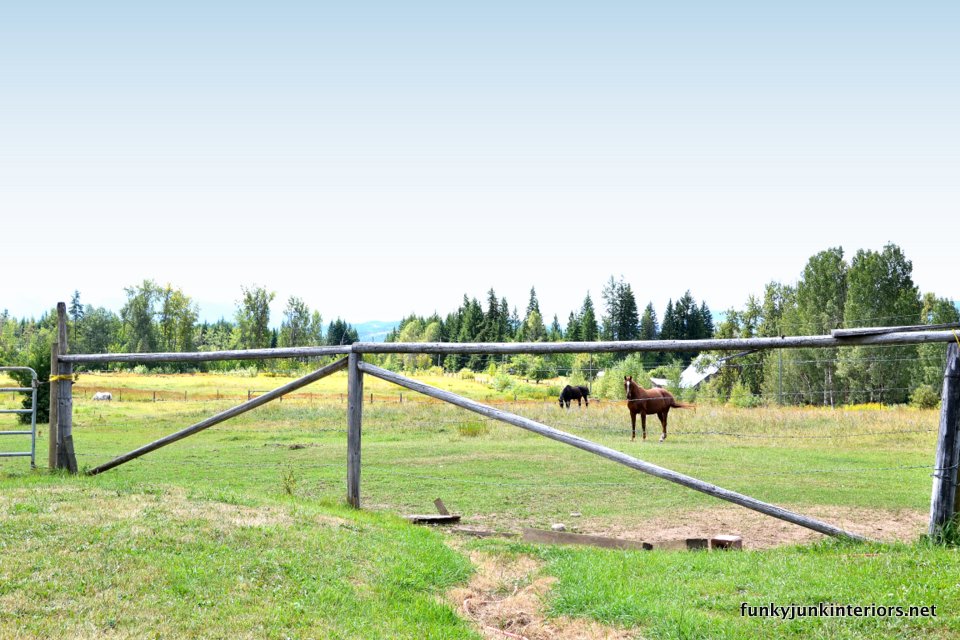 At Karen’s house, in Salmon Arm, BC Canada 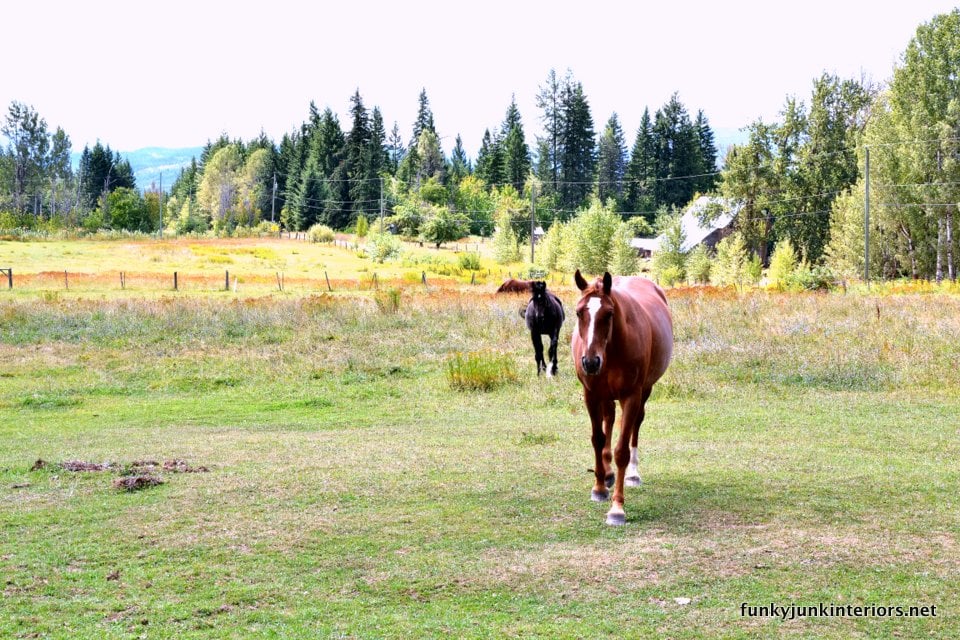 At Karen’s house, in Salmon Arm, BC Canada

Sweet!! Spinning around, taking in the view, including the horses grazing in the field, I knew we were in for a very special time. This place felt like I came home. This is what it is like when you grow up on 40 acres. It was so quiet it hurt your ears.

And then there’s the house… we were told it was an older home, fixed up, filled with thrift store treasures. A DIY blogger’s dream, no?! Reaching for the adorable sage green front door, we cranked the knob and it creaked wiiiide open… and what greeted us inside I would have never expected…

RV winterizing by blowing air through water lines. Easy and safe!
9 - a tour of the fabulous Lucketts Design House
Unplugging and retreating
The message from the amazing sights of Hope
Reclaimed garden features at a Hope garden centre
A funky tool box side table with hidden junk storage
Facebook Pinterest Twitter Instagram RSS