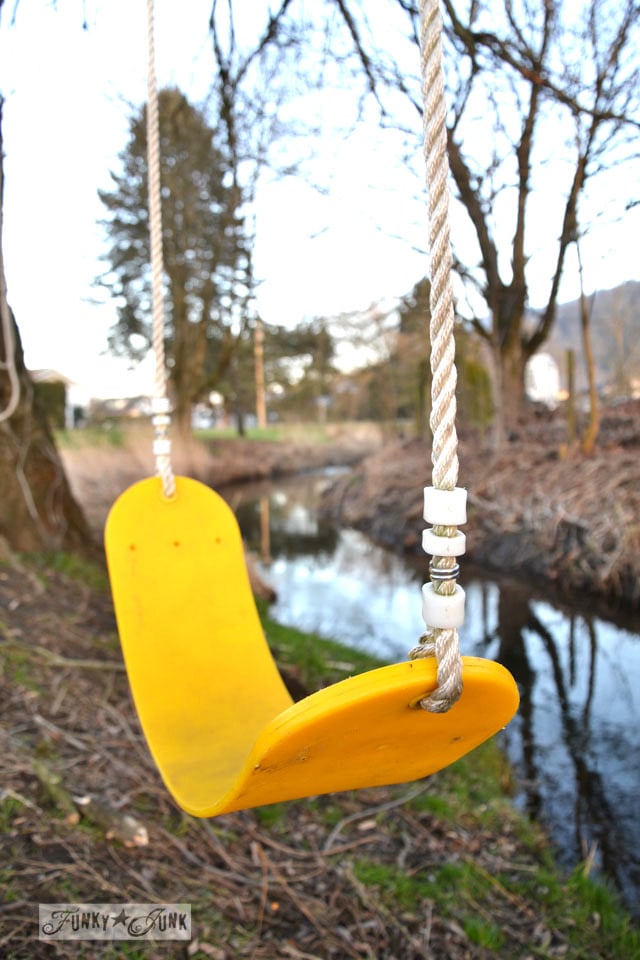 It was a bright and sunny Sunday. I was just chillin’ after church, about to brew a fresh coffee and make my way towards the computer to check on things. Before I had a chance, I caught movement outside where there normally is none. Glancing to my left towards the backyard, my jaw dropped.

I wasted no time in unlatching the back door, tripping over a pile of furniture, pallets and boxes (I really need to clean up that patio!), and stumbled my way across the yard, attempting to remain all cool, calm and collected. But I didn’t feel it inside. Not by a long shot. 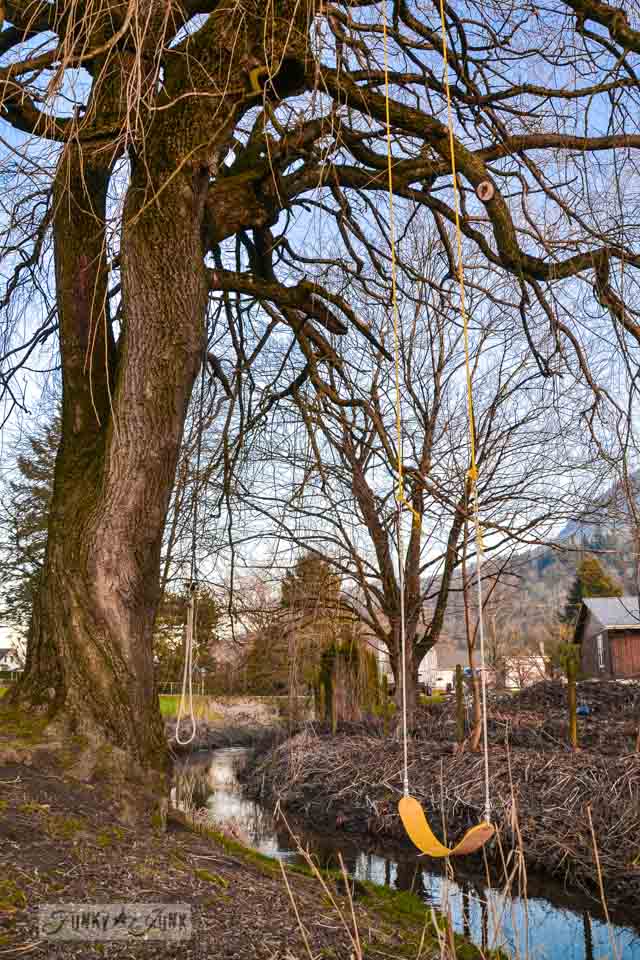 Neighbour Chris was high in the willow tree, dangling a long yellow rope down below, with a swing laying on the ground. I was GIDDY with delight! And had to get in on it and be all nosey like. But calm, mind you. Very calm… 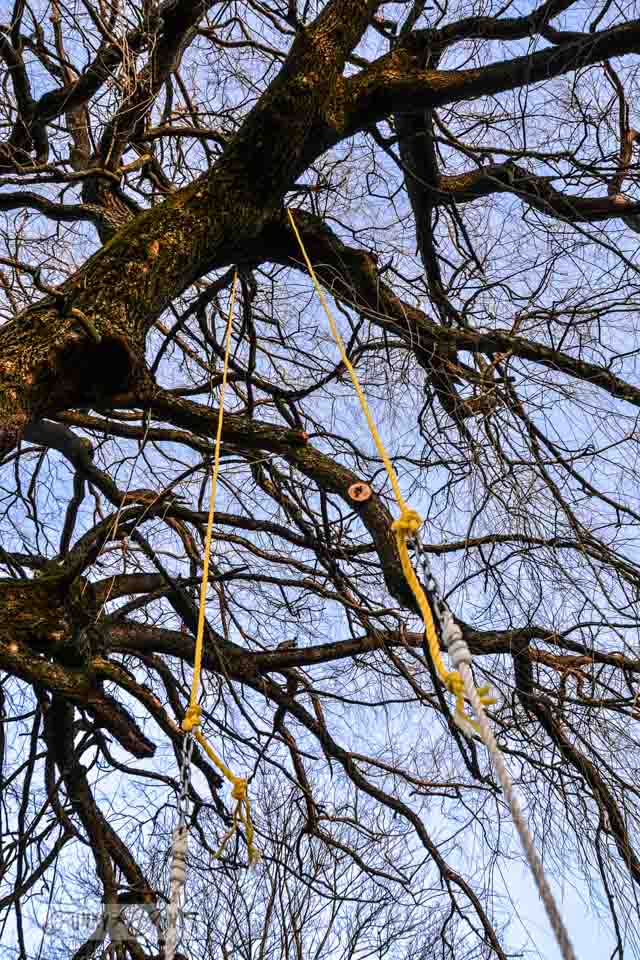 Indeed he was. He was climbing along the branches, attempting to find the perfect spot so the neighbourhood kiddos could have a blast. And you can bet I offered my advice… 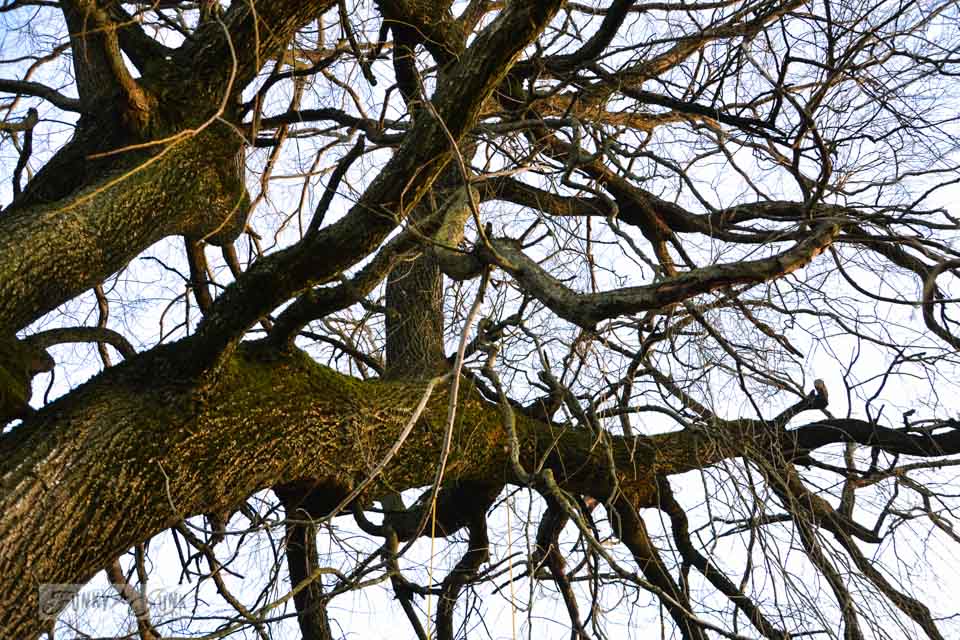 Oh my goodness. Do you have any idea how many times I’ve sat under this tree wishing it had a swing?! Of course you don’t! You don’t know my swing story. 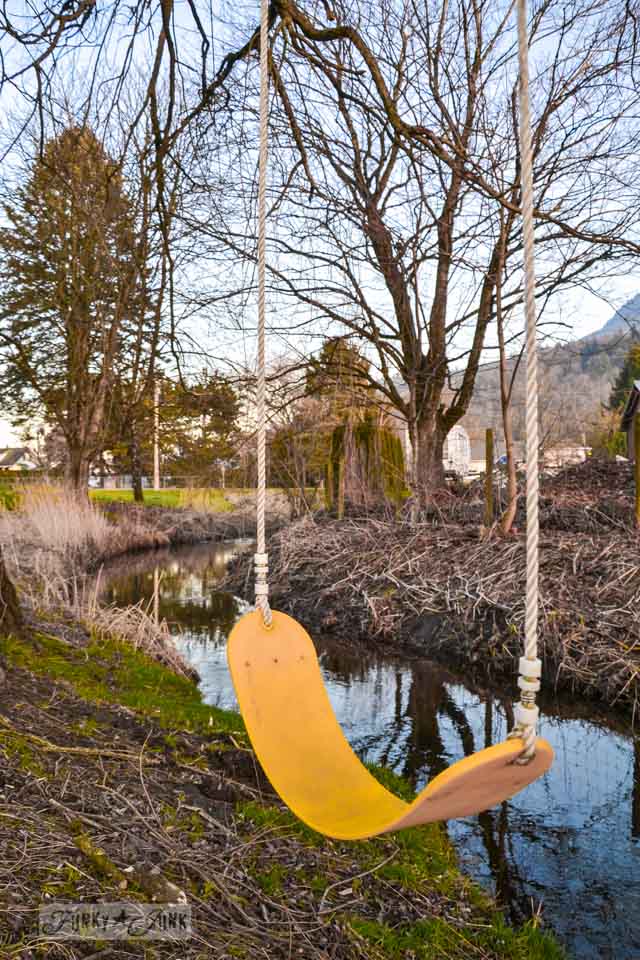 Back at my last home on acreage, my son’s birthday was rolling around and I wanted something super cool. And then I thought… a swing. The perfect, tall country swing. The kind so tall that it would feel like forever to swing from front to back. The kind where you don’t get dizzy nor seasick. THAT swing.

So I knocked on my neighbour’s door, who was a contractor. Stan came to my rescue and was hired to build the ultimate tall, double swing on wooden posts. For mom and son swing sessions of course… 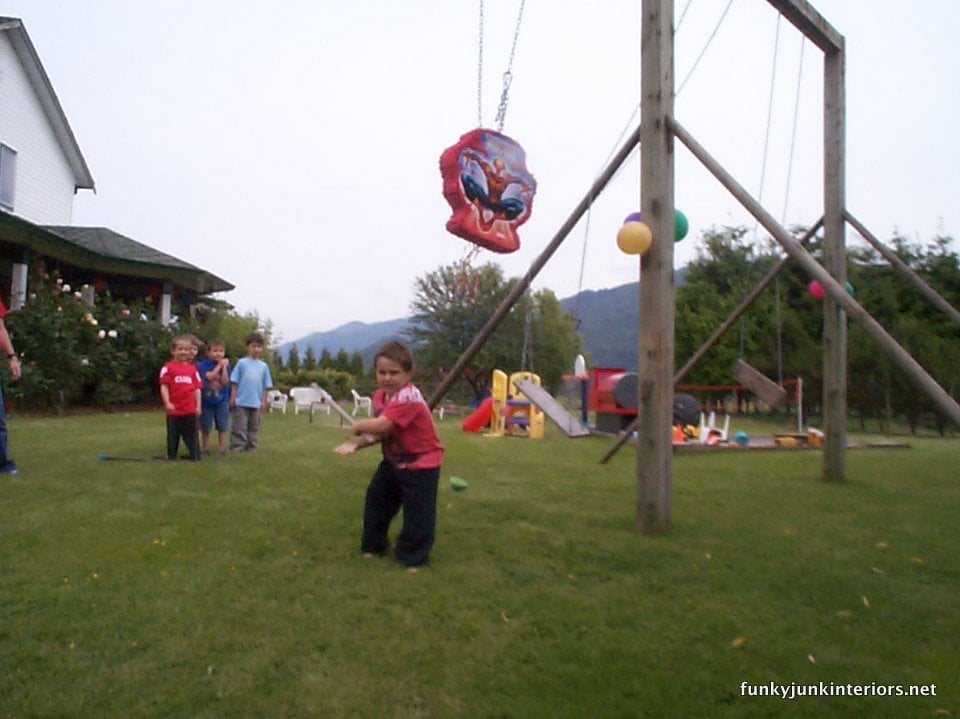 It wasn’t cheap! I remember biting my lip at the price, but I wanted it, so I made it happen.

And we ADORED it. It was the perfect place to just sit in the garden, as well as kick up a good session. It truly was the most amazing swing in the world. I would often go out to the swing with coffee in hand while my boy went down for a nap. It was my own private garden bench on ropes.

What meant the world to me was when my mom would come out to stay with us on weekends. She loved the swing and would often hold my boy on her lap and swing at their leisure. 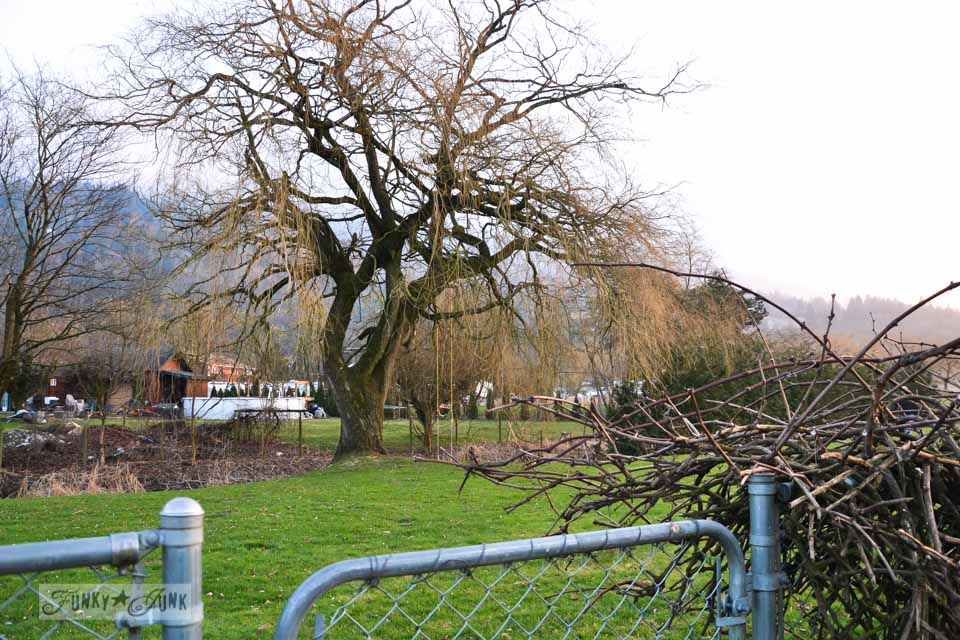 When I was forced to move, know what was the hardest to leave behind? You guessed it. The swing.

I know it was only a swing. But 7 years later, my eyes still sting at the thought. Crazy, isn’t it? It was just a swing. I had debated on trying to bring it, but we didn’t write it into the contract of the sale. Plus I couldn’t fathom spending a ton of money to move it. No. It would need to stay.

After I moved, I drove by there just to ‘check things out’. To my horror, the swing had been taken down. I couldn’t believe it! Why would they do such a thing?!

I’ll never know why they removed that beautiful, remarkable landmark of a swing I had planned to grow ivy on. And I hadn’t thought of it in a long time. Until Sunday. 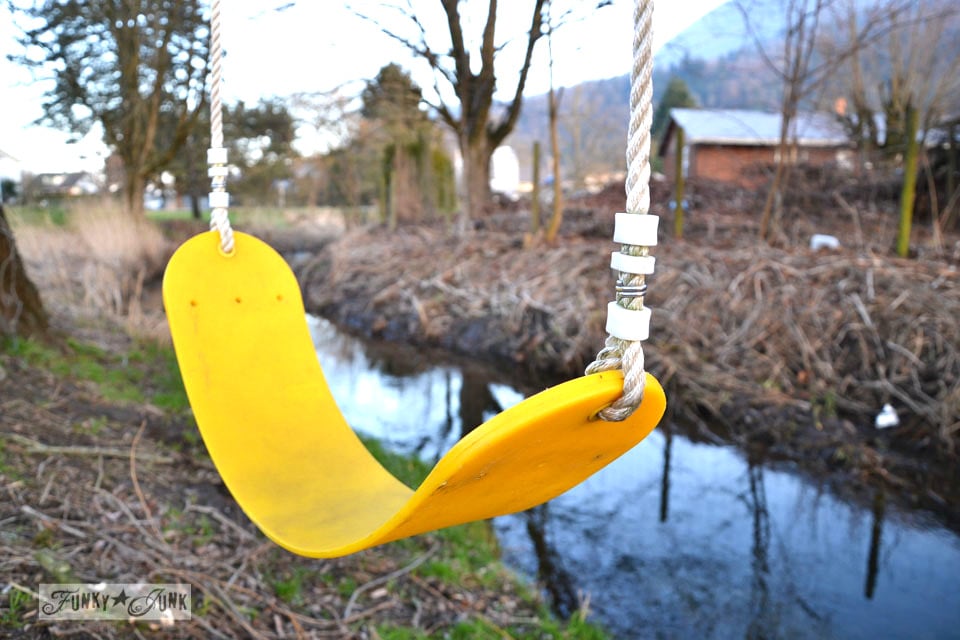 There is now a swing behind our home. And it’s every bit as tall and magnificent as the one I left behind. And know what’s even cooler about this one? It’s under a massive tree AND swings across a creek! In my very favorite spot in the whole wide world when I like to get away from it all for a spell. 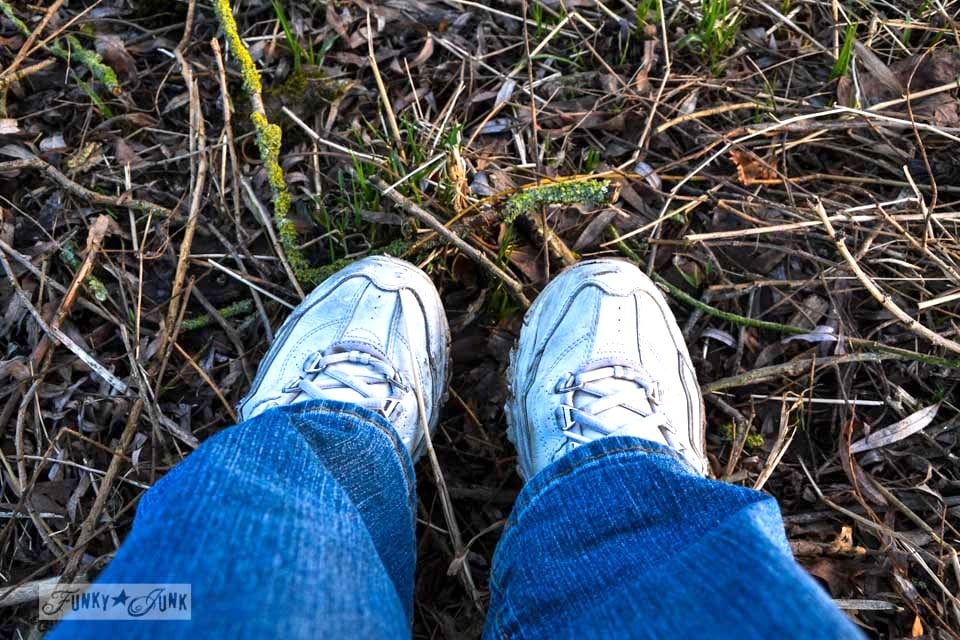 The swing by the creek serves as a memory that not all is lost when you need to move on. You may find things different, however that’s not to say they will be worse. In fact, they may even turn out better!

Thank-you Chris. You have no idea how giddy you made this 51 year old kid!

31 thoughts on “The swing… by the creek”