I’ve always been curious about the process of hand crafted pottery. 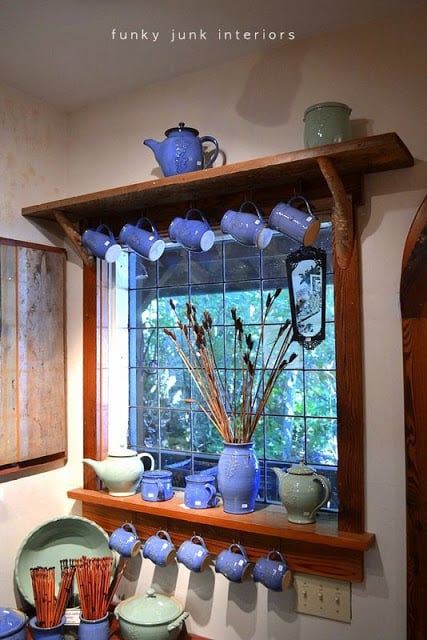 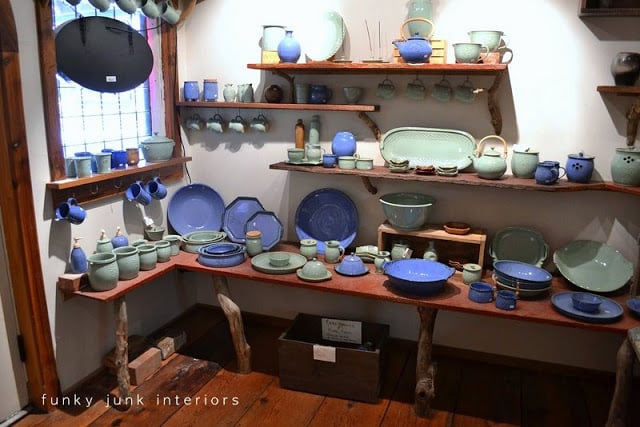 When I visit  The Back Porch located in Harrison Hot Springs, BC, it’s always so fun to gaze at their rows and rows of beautiful hand crafted pottery creations. 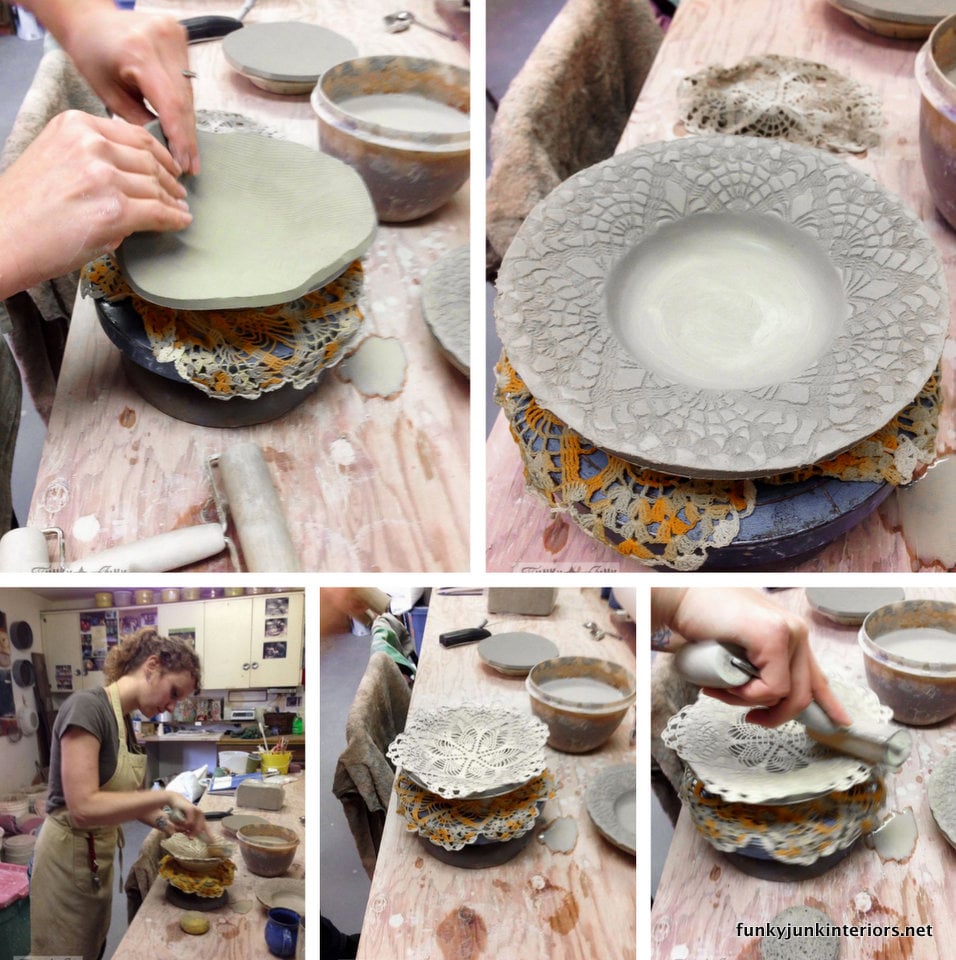 And I love the fact that when I purchase some antiques or freshly roasted coffee, I may also be gifted with the chance to watch their pottery creations at work for a few moments!

One visit had them using a doily to imprint a design! So beautiful!

I guess I like the idea of some things not always so perfectly produced. There’s a special touch to something worked with ones hands that hasn’t been produced with a mould.

So when I dove in hard with my big list of dreams, trying something new was high on the list. And so was a pottery class. So I made a local call to learn more about their current pottery classes.

Looks as if the place is pretty popular, because there was a wait list! But that’s ok, I got myself on the list, and reasoned if an opening became, it was meant to be.

But I secretly held out hope I would get that call. I really REALLY have been wanting to try this for a long time, and now that I have physical and emotional room for it, I wanted in.

A couple of weeks later, messenger pinged me. One opening became available two nights from class time, and it was my spot if I still wanted it! YES!

I called the very next AM with my visa number. I was officially enrolled in an 8 week pottery course once a week, located about 5 minutes from my house! Thursday nights were about to get super exciting… 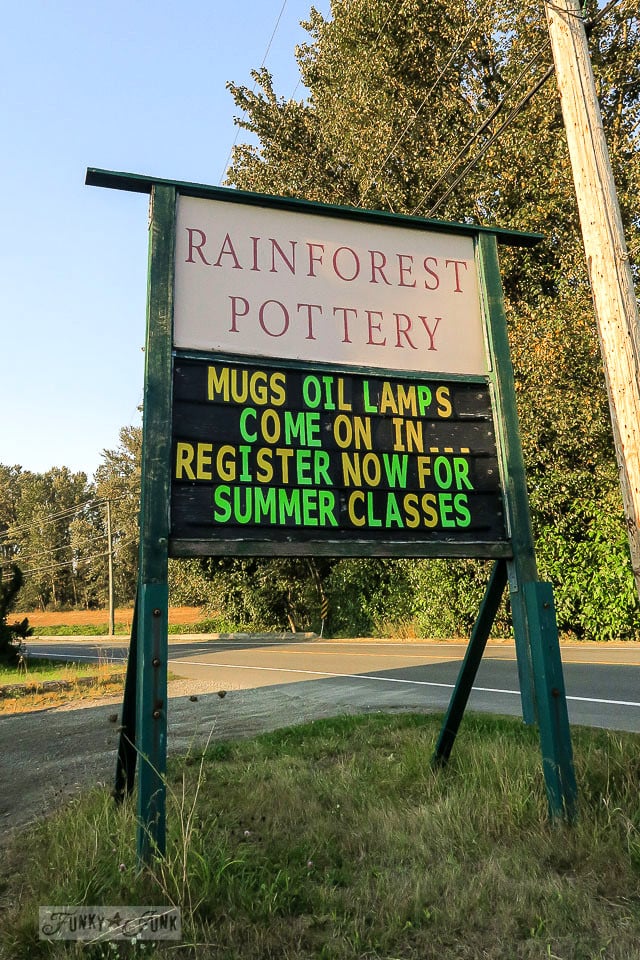 Class is now in session

And then Thursday arrived. I was instructed to wear clothing and shoes that could get covered in clay, and with hand towel intact, I set off on my first ever pottery class.

When I walked into the front studio, shelves were lined with beautiful creations for sale. How inspiring! Could I even come close to any of this magic? I was about to find out…

Through another set of doors, I entered the classroom lined with pottery wheels. The class was already about 1/2 full, so I chose the closest one I approached, then waited for class to begin.

The room was warm so I was glad to have brought along drinking water, later noting to bring even more next round.

The class was quiet. Were they all pros? Was I the only newbie? So I spoke up…

“Anyone else here for the first time?”

Nearly everyone chimed in! Whew! I have found my people. 😀

First up, we were demonstrated all the steps we would ultimately be covered that evening. This involved preparing the clay, and shaping it on the wheel. There was a LOT to take in. Thankfully we had one-on-one help when it was time to do it as well, because I forgot half the steps! 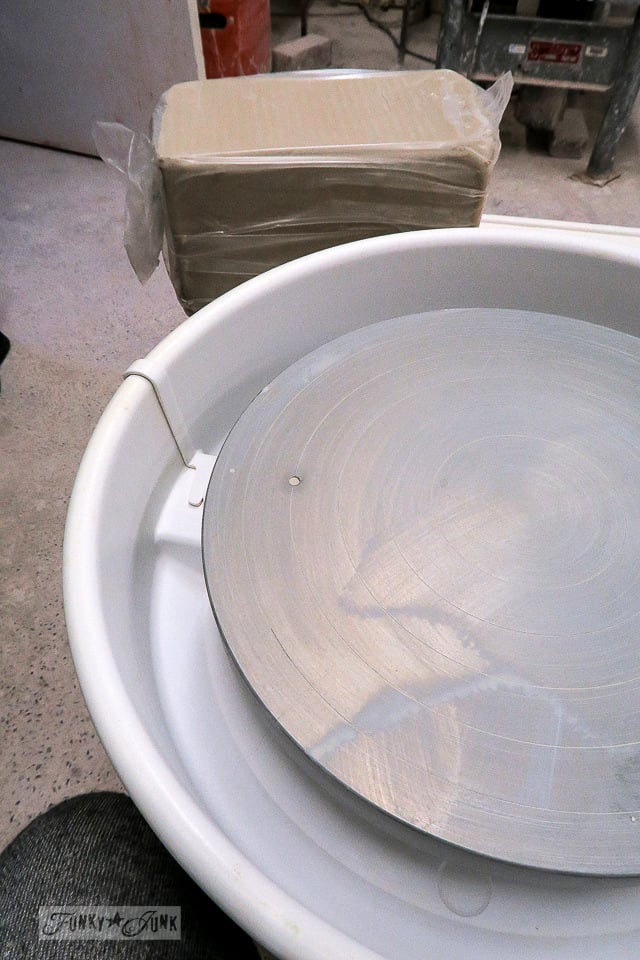 The steps to prepare the clay

We were given a HUGE cube of packaged clay. It was heavy!  I was to be responsible to make sure that clay stays with me, including bringing it home in between classes.

Once class started, we were brought into what I’ll just call the ‘pounding’ room. We learned how to cut the clay with a wire, then weigh it on a small kitchen scale. Our first project would involve 2 lbs of clay. Wow, so precise!

We then learned to ‘drop’ the clay onto the table, creating a square shape out of it. This helps join and work the clay to prepare it.

Next up came the ‘kneeding’ part. It involves a special technique that activates the clay hardening process. I was surprised to find how much upper body strength this step utilizes!

Then it was time to head back to the wheel along with a small container of water, a tiny shammy to smooth any rough edges when spinning, and a small sponge to clean and dampen the clay as it was worked.

I ‘smacked’ the clay shape into a cone of sorts, then ‘dropped’ it onto the centre of the wheel to create an adhesion. Let the spinning begin… 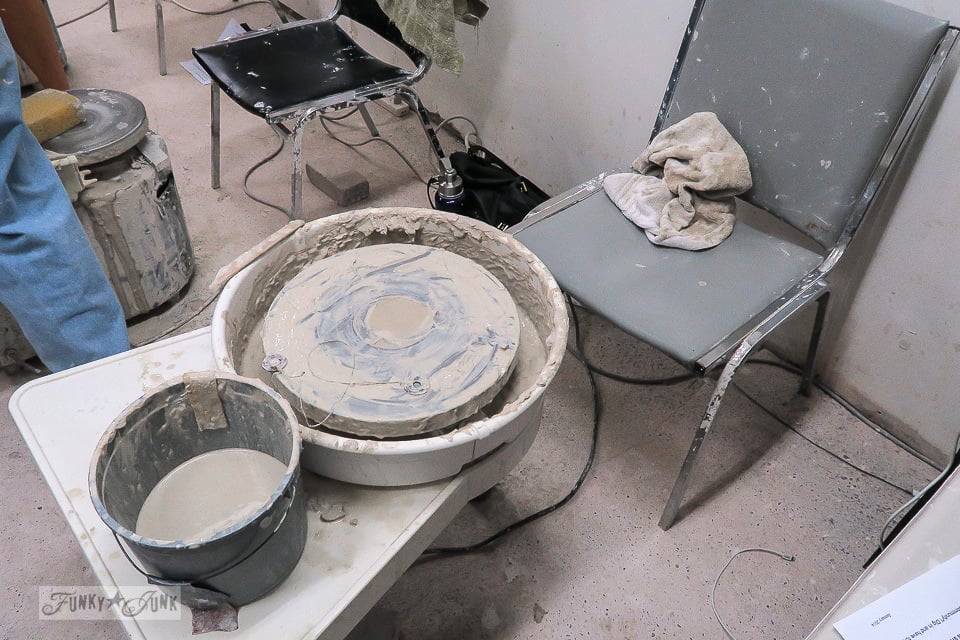 First up was ‘raising’ the shape of the clay, as if you were creating a standing paper towel roll. Then you schmush it down again. You do this 3x to prepare the clay before you begin to create. I was really surprised how much physical effort this requires! Lots of upper body and arm / hand strength.

I also had some trouble keeping my clay in the middle of the wheel because I wasn’t applying enough pressure to the piece. I could instantly see the need for 8 weeks…

Once I could see a bowl shape of sorts, things got super exciting…

However, it didn’t take much to destroy it! A slower wheel spin was crucial, and gentle hand movements. I did neither and was left with a fair bit of damage control.

But once the piece is done, you just KNOW it. I sat there filthy from head to toe, arms dripping with clay up to my elbows, with the biggest smile EVER. My first bowl sat there on that wheel and it was the most beautiful thing I’d ever seen.

“You will always remember this piece as your first, so hang onto it! As you graduate, you’ll be amazed.” our instructor piped.

I honestly couldn’t imagine shaping anything better than this! Which meant I had a lot to learn yet.

I then slid the cutting wire underneath the piece to release the bowl from the wheel, then very carefully with 4 dry fingers, lifted the bowl and placed it on a wooden square. Initialing my piece on paper, off to the shelf it went.

Bowl 1 complete! Let’s do that again!

Totally stoked, I grabbed my big bag of clay once again and repeated each step. But this time, 3 lbs instead of 2.

I instantly knew 3 lbs would be more challenging. How can 1 more lb of clay be so different?! But it was. There’s just more pressure involved working it up and down before my final shaping even begins.

Whew! I found myself stopping several times over, allowing my formerly unused muscles to catch up.

As I began shaping, something was not going as planned.  My piece suddenly became lumpy and uncentered. Oh no… no no no… my perfectionism was having a hard time choking this one down!

I was ready to schmush the thing into a ball and start over, however I was instructed not to. To just run with it, and let it be whatever it was. It looked like a terrible version of one of those softly quirky Rae Dunn cup shapes. I wanted nothing more than to punch it down and forgetaboutit! But nope, it went on the shelf beside my #1 perfect-to-me bowl. Ugh. Next.

Feeling deflated, I was reminded this was part of the learning process. Ohhhhh kayyyy. Duly noted. But I didn’t have to like it! 🙂

So I deemed myself a non-graduate of 3 lbs and went back down to 2 with the 3rd attempt.

Lo and behold, the cutest little bowl in the land transpired. VERY different from my first. And I like that! The clay even got off centre again. But after instruction on how to correct it, I applied all the strength I had left and got it right!

Leaving on this high note was a Godsend! Moments before I had joked to the class I wanted a refund. But now, lookout world! I’m gonna keep this spinning up until it becomes 2nd nature!

The next class will take us through the steps of cleaning up the piece. I peeked on YouTube to see what that even meant, and it involves tools and such, so this should be fun!

Trying something brand new was so inspiring to my quiet little world. It took me out of my comfort zone among new folks to experience how much we all have yet to learn. It was like opening a big ‘ol barn door wide open to air out an interior. It was super stimulating!

But there was more to the class than shaping that bowl. It was really about being ok with mistakes in an effort to grow.

By the 3rd piece, I was humble enough to ask for more instruction. But this time, when the instructor recognized I was completely relying on his help yet again, he simply said ‘it was my piece’ and to work it.

I had to stick it out. Correct my mistakes. And when I ultimately heard the words, ‘Nice recovery!, I felt like a million bucks! I was in the learn zone and it was time to just be open to all the steps of the process, even the more challenging ones.

This is so very applicable with anything new. Ultimately filling up a dumpster comes first. It’s the only way to learn.

However, I admit I’m holding out hope I have enough clay left to get a few things right along the way too… 🙂

Have you ever taken, or desired to take a pottery class? What was your experience?

32 thoughts on “My first pottery class”