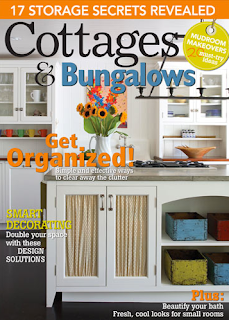 Cottages and Bungalows Magazine has been a publication I’ve long admired. And I had secretly hoped to be in it one day, somehow, someway, whether it be as a regular contributor (I can dream, right?) or feature. 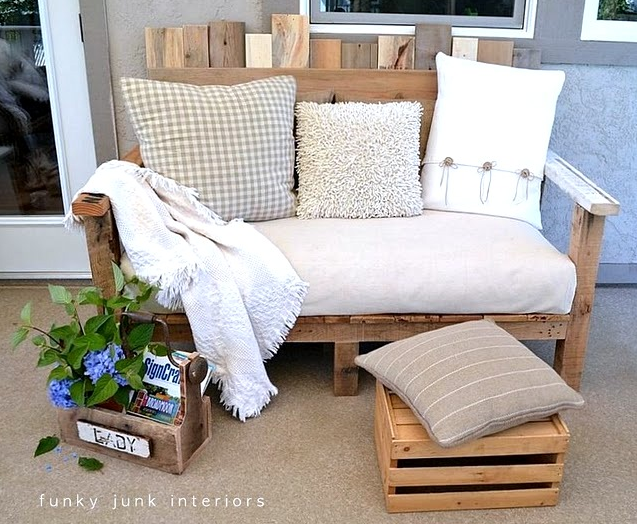 So I entered my pallet sofa in Whisperwood’s Talent Scouting Party.

The prize? If your project is deemed worthy enough, you could win a feature in Cottages and Bungalows Magazine. Wow. Nice! Ok then!

Topic – Flea Market Transformations – ie refurbished, upcycled, curbside whatevers. Fun! I mean, why not try? So I did. 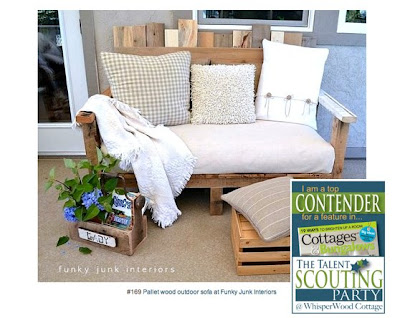 But then I became one of the 17 top contenders. Seriously?! Talk about nail biting time! Did you see the lineup? Fantastic! And brutally difficult to be against. I shook my head in amazement at all those entries, pinned a zillion of them and well, waited.

And checked some more.

And then 2 winners were deemed. Two?! 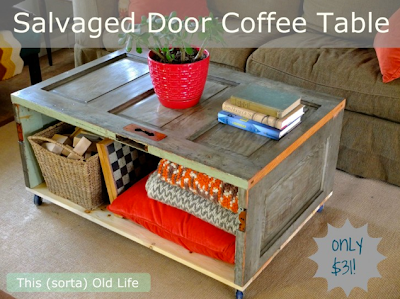 So I scrolled down and saw that amazing door coffee table by This (sorda) Old Life and nodded my head in total agreement. It’s magnificent!

And then I scrolled some more but really really slowly. Because being in Cottages and Bungalows Magazine was something I really really desired.

And then I saw…

this. And that’s when I started yelling, “NO WAY!” And giggled, and who knows what else.

Let’s just say my son turned around in total disgust as he was trying to watch the tube and let me know I was interrupting his life in his subtle way. 😀

OH. MY. GOSH. I’m going to be in Cottages and Bungalows Magazine!

I’m not excited. noooo… not at all. Excuse me while I just.. not sleep.

Thanks so much Amy and Cottage and Bungalows Magazine!

Did you know this was an ongoing deal?  Check out how to enter your own projects HERE. 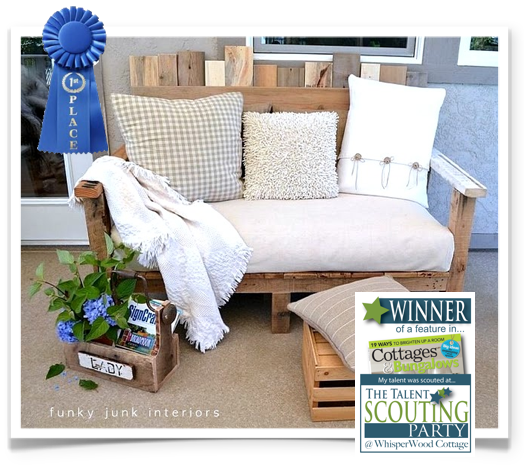 and how to build it is HERE.

And no. I still don’t really know how to build. So I guess you’d better pick up some tools and wing it too, huh?

61 thoughts on “My funky little pallet sofa is going to be in Cottages and Bungalows Magazine!”