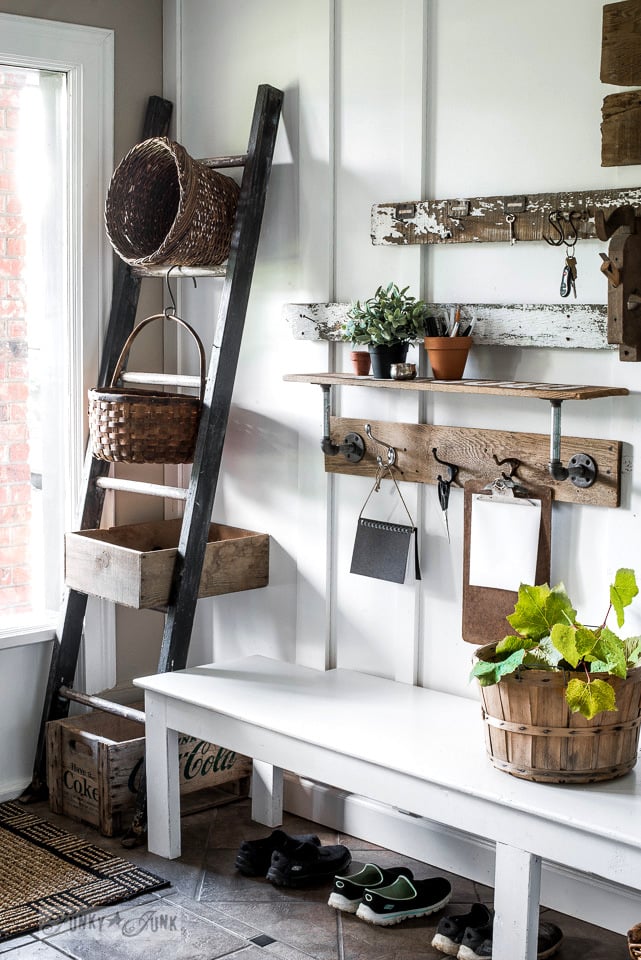 This past week, I’ve been in a bit of a funk about the topic of cleaning.

A typical clean spree would have me focusing on one thing, then pushing hard until it’s done.

Here comes the issue though… a focus generally takes a whole lot longer than anticipated. Suddenly, your entire space has been ripped apart, turning a 10 minute tidy job into a week long event that requires a trip to the dump.

Not a bad thing. Until it becomes the ONLY thing you accomplish.

Hello eating out once again…

This is where I fall short. I have this zone mentality, where once I’m driven in one direction, it’s hard to switch gears, doing other needed things.

Sure, that one space gets knocked out, but then I lose my cats in the rubble, (picture one cat eye staring at you from underneath a pile of clean, unfolded laundry… it happens here) while the the entire rest of of the house jumps up and down, screaming for attention.

Thanks, one clean space. You’ve single handedly trashed the rest of my house…

So… I’ve tried something new this past week. And I do see it somewhat effective.

One new thing a day.

I’ll (attempt to) keep up with the house daily, but then I’ll push for one tiny new thing to add to the day as well.

ONE thing. That’s the key. 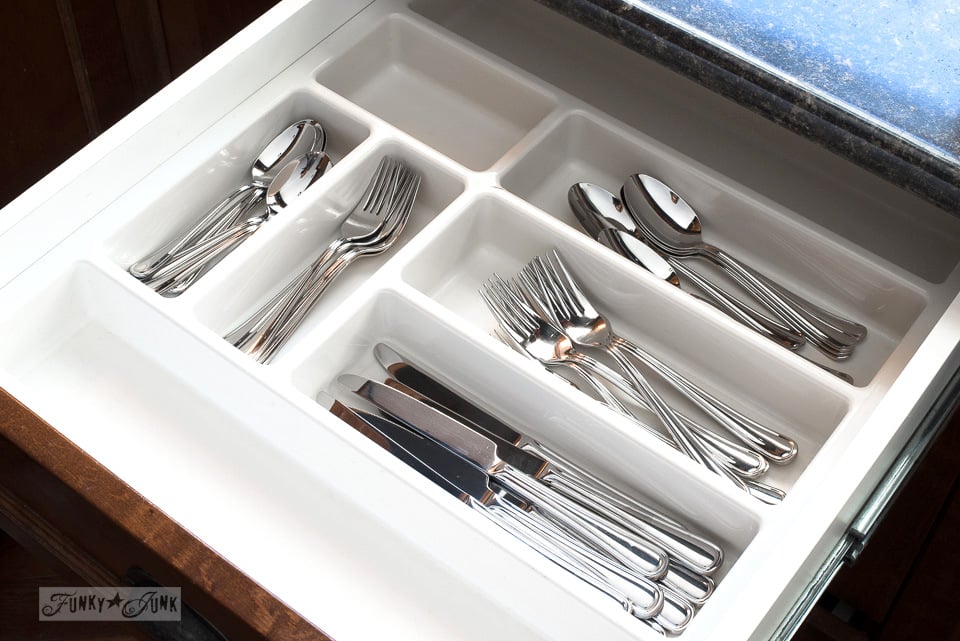 It could be cleaning a drawer. Or getting rid of a pile of something. Or hanging up coats where they REALLY belong.

Thing is, keeping up with the rest of the house takes bigger priority. But it quickly loses lustre for me, because it feels like I’m just on repeat, doing the same things, not getting ahead.

Then I don’t want to do it any more.

The one new thing changes all that. You feel accomplishment BECAUSE it’s new. And as long as you are moving forward, that’s the goal. Albeit small. 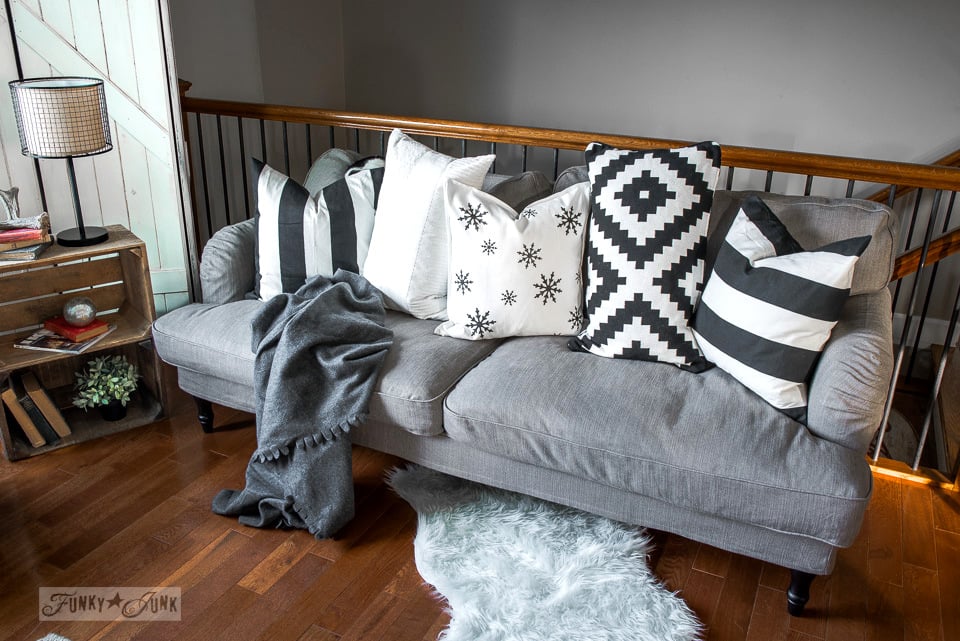 Yesterday, by the end of the day after tidying up, I was so done. I was ready to pour myself a glass of ginger-ale and park in front of the TV for a spell, but then PUSHED myself back up, reminding myself I needed to get that one new thing done first.

So I turned around and stared at an eyesore that has been begging for attention for MONTHS. A 3 tiered basket at the top of the stairs (collecting crap that needs to go downstairs but never does) finally got gutted AND put away.

Oh my goodness… the after effect is so worth it, isn’t it?!

But here’s where cleaning gets tricky for me. I felt inclined to clean something else. I was officially ‘in the zone.’ So I chatted with myself before I drowned in tasks all night long…

“Add one more thing, but then stop. You deserve some fun after a long day of tasks too. Don’t you DARE make yourself feel resentful here…”

I personally have to schedule in nice things to do. Can you relate? 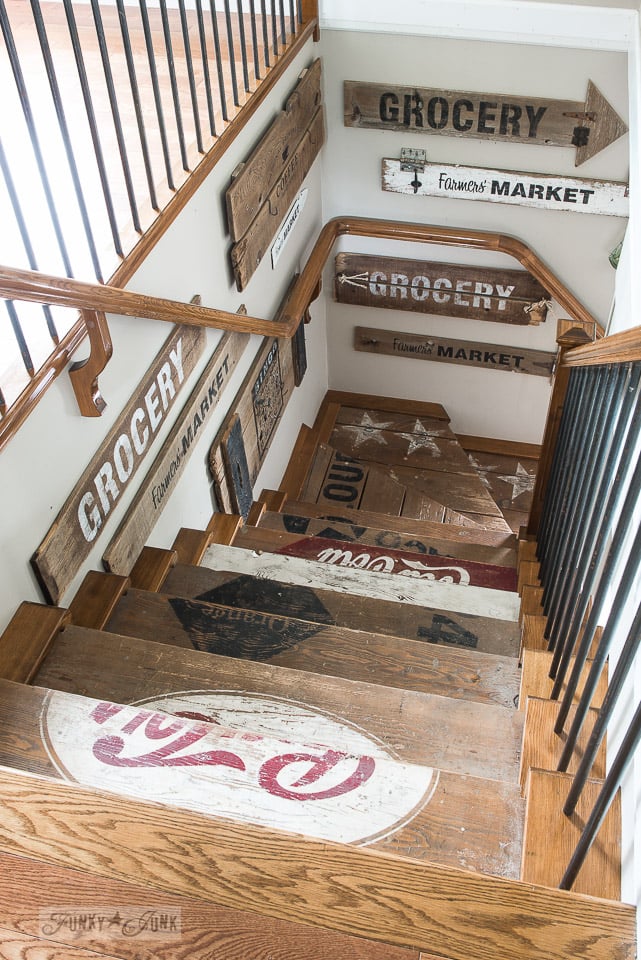 So I vacuumed the stairs, ended up washing them as well, (whoop!) then cleaned the front entry floor. We’ve had snow like crazy lately, so it really needed it.

But then I did stop.

So I went upstairs, enjoyed a couple of shows, then woke up to those newly cleaned spaces, feeling accomplished and fulfilled that my evening wasn’t just filled with tasks. 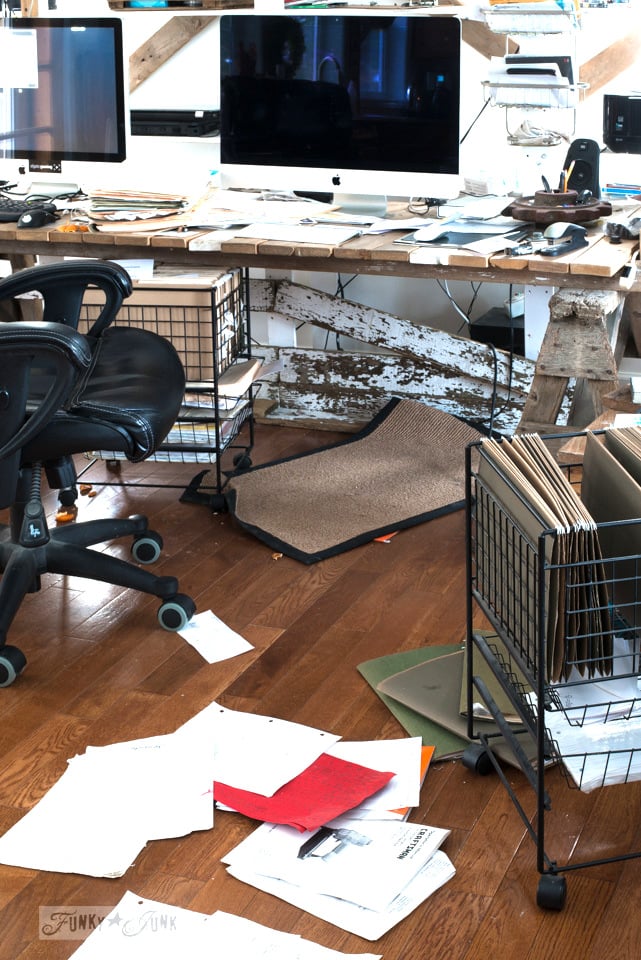 (In my defence, this was during tax time…) 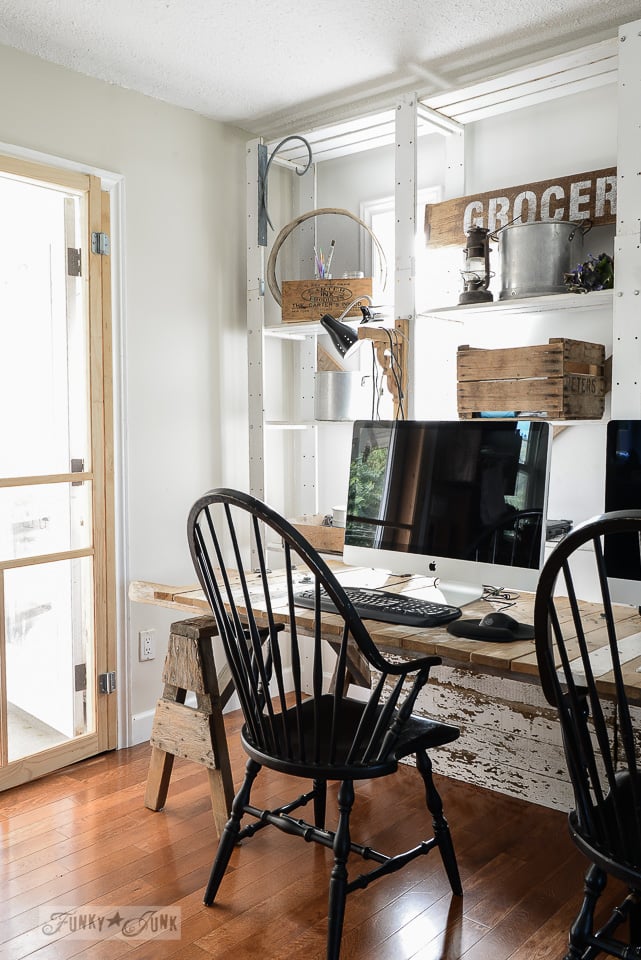 One new thing is a small thing, but it has made an impact on how I do and feel about things. I’ll never have that perfect Instagram house 24/7, but at least I could take photos of one corner by the end of each evening…

And in case you’re needing a little more before and after inspiration to get you started… these are DRASTIC.

Any tips to share on what helps motivate you to keep up?
.
WhereW

How to clean pet hair from puzzles
Cleaning accessories and valuables (and windows) Wk 8
How to purge your clothing - wk 2
Purge and clean your homes challenge! Are you in?
Why I'm storing dry goods in a kitchen pantry with containers and bay leaves.
How to spring clean the outdoors with pressure washing tips
Facebook Pinterest Twitter Instagram RSS

25 thoughts on “A new stance on cleaning… one new thing.”