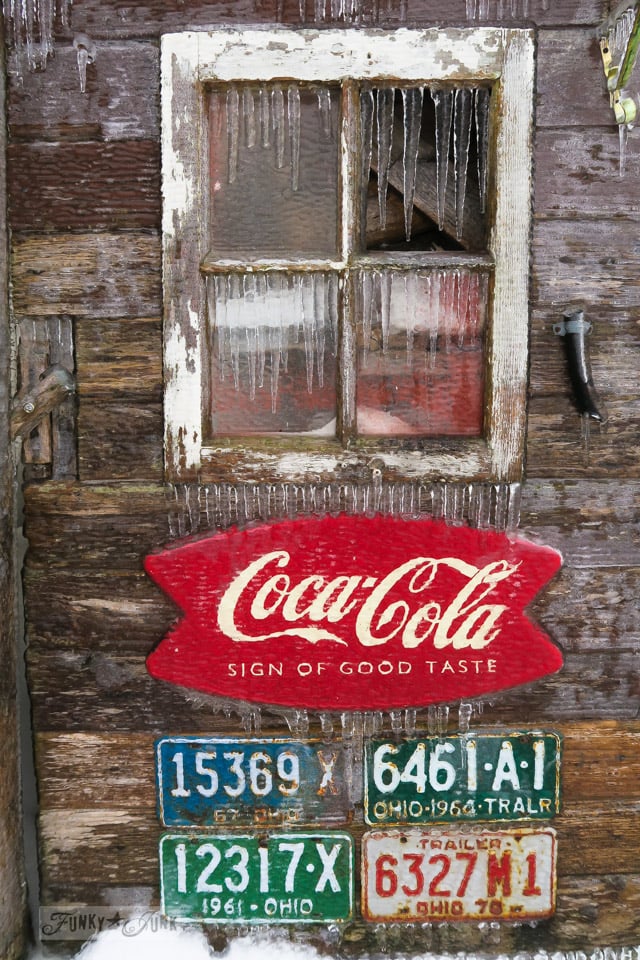 I do love my snow.

But after our last snowfall (right when I was attempting to take off for Maui over Christmas), I really thought that was it for us.

But I was soooooo wrong. 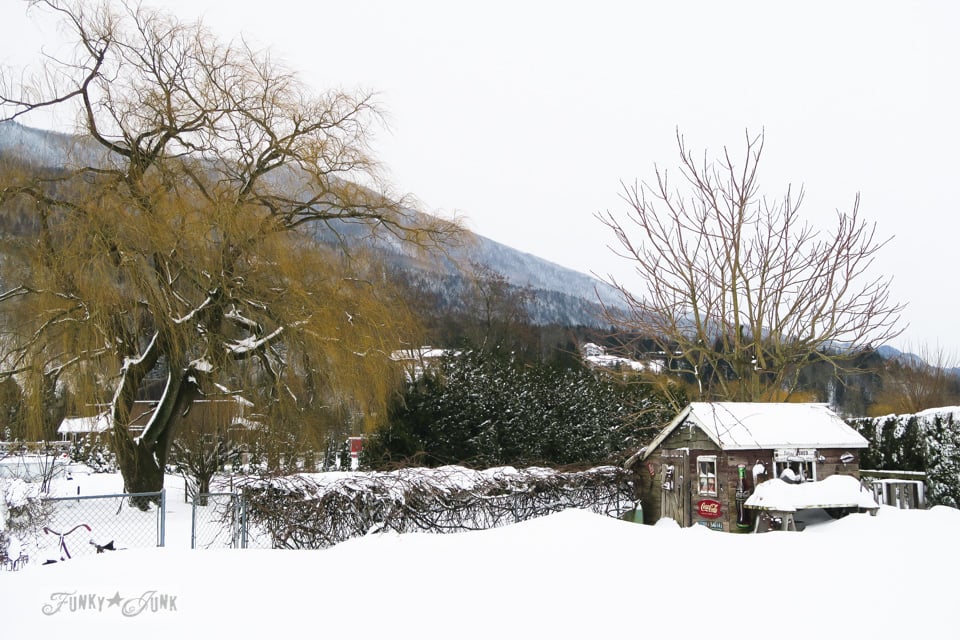 And for BC’s west coast, that is huge!

My little town became headline news. We got dumped on the most in our region. And boy it was pretty!

I remember about 10 years ago, a massive storm blew in, shutting everyone and everything down. The highways were lined up at a dead halt, due to massive bumper to bumper accidents.

So many were stranded on the highway, local farmers took in complete strangers, covering up their living room floors with people and make shift sleeping quarters. Food was getting scarce, but everyone shared.

At the time, I was safely snug in my own home a ways away.

But I do remember feeling so fortunate to be safe at home. 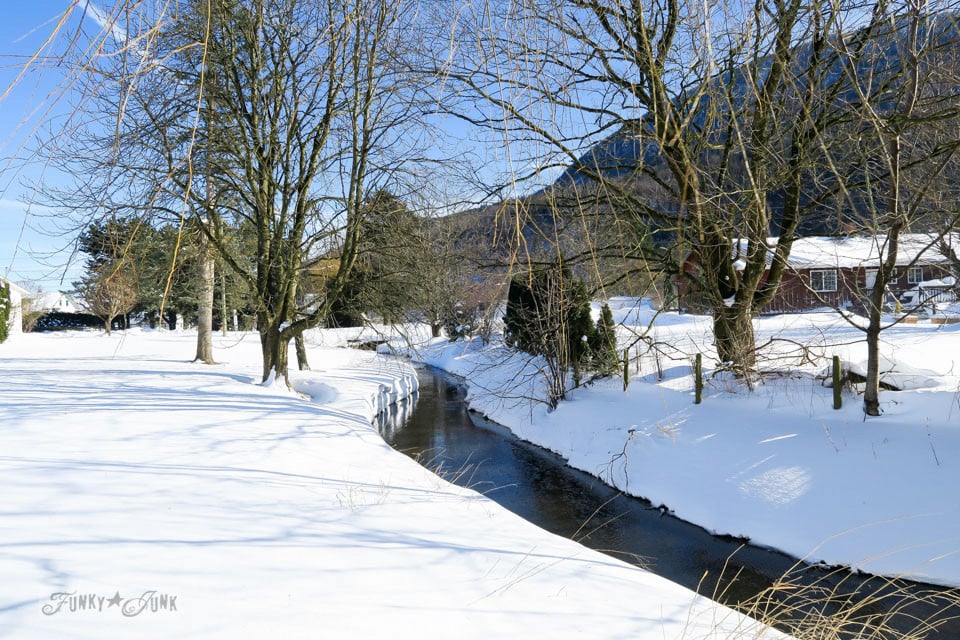 This round, the weather reports were pretty blatant. It was like, do NOT get caught without food.

While working on my first coffee, I glanced out back, then looked up, and gulped. The pending storm had just officially white washed away the mountain behind us. Quickly gulping down the last of the coffee, I grabbed the keys, and dashed out, heading to a few local stores.

Why do we wait for warning to rummage up food? No idea.

By the time I got out of the last store, it was blizzard central. 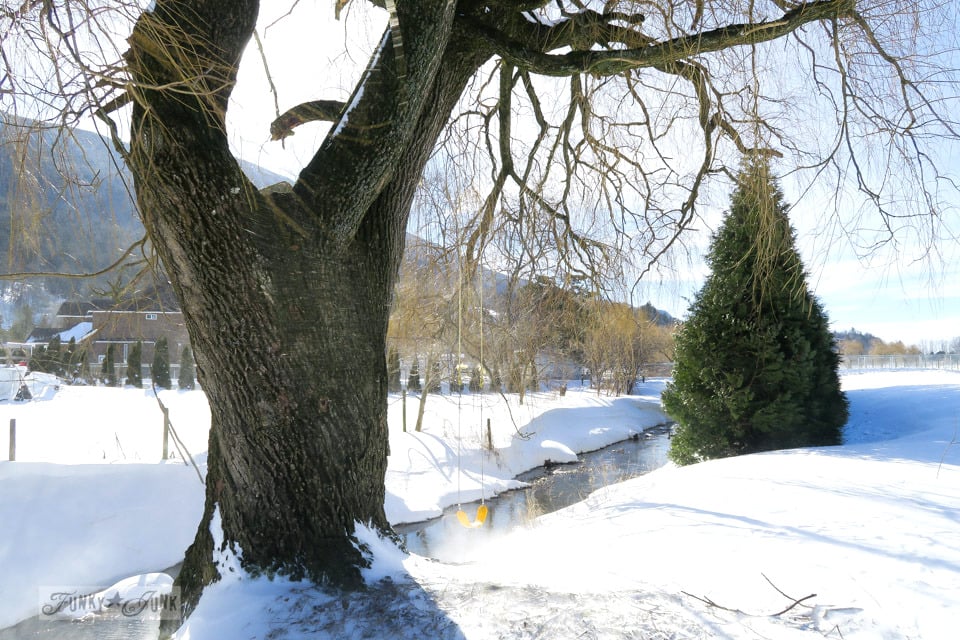 The news reports did not lie. Those three days we got hit hard. The shovelling was non stop… and to the point where everyone went from, “It’s so pretty!” to “I can’t shovel any more!”

I may have said that last part the loudest… goodness. Who’d think that fluffy powdery stuff could become so heavy? 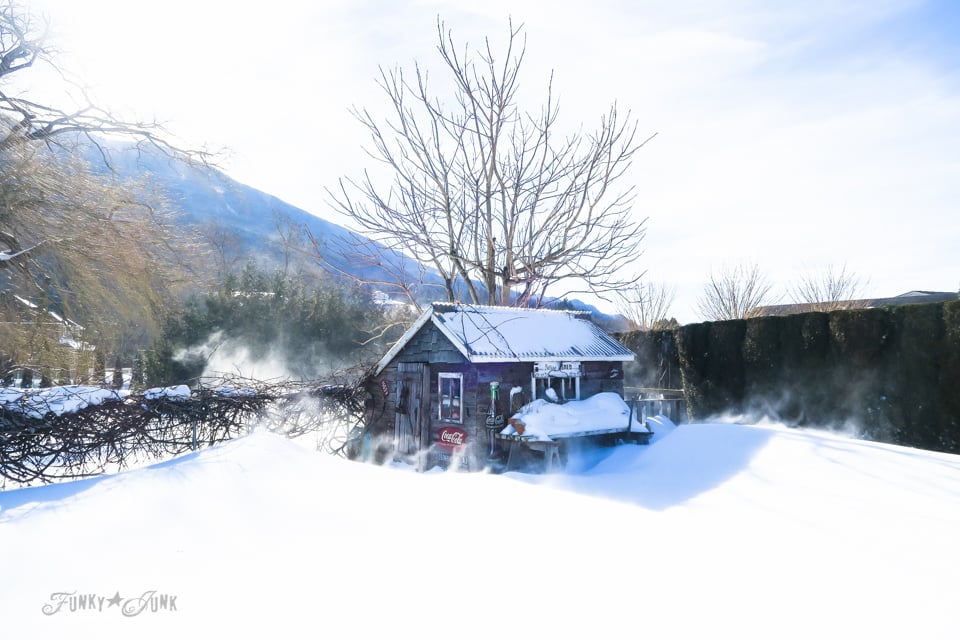 On the fourth day,the wind kicked in.

Our little suburb is located in the middle of the country, so you can imagine how much snow there was to drift. Roads closed all around us.

But no worries. Once again, we just happily stayed put.

I mean, I still had coffee cream.

But complaints galore hit locals, with most not being able to get down their side streets. It was just too deep.

So as we all started to ALL slowly dig our way out, thinking that must be it… we were to get hit one more time… 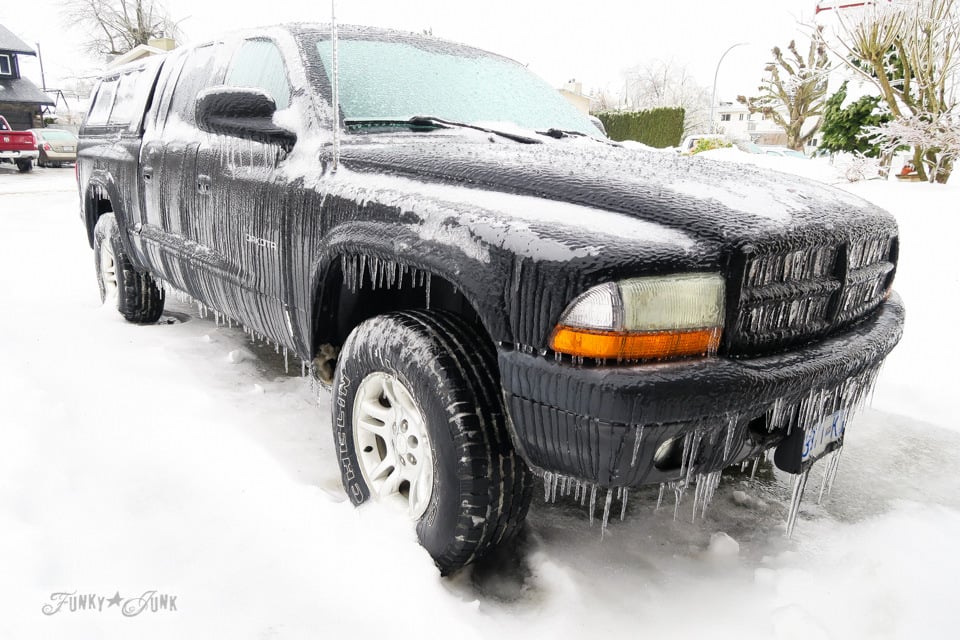 Overnight, the temps warmed up, covering every square inch with freezing rain.

If you couldn’t get out due to snow, you certainly weren’t going anywhere now! 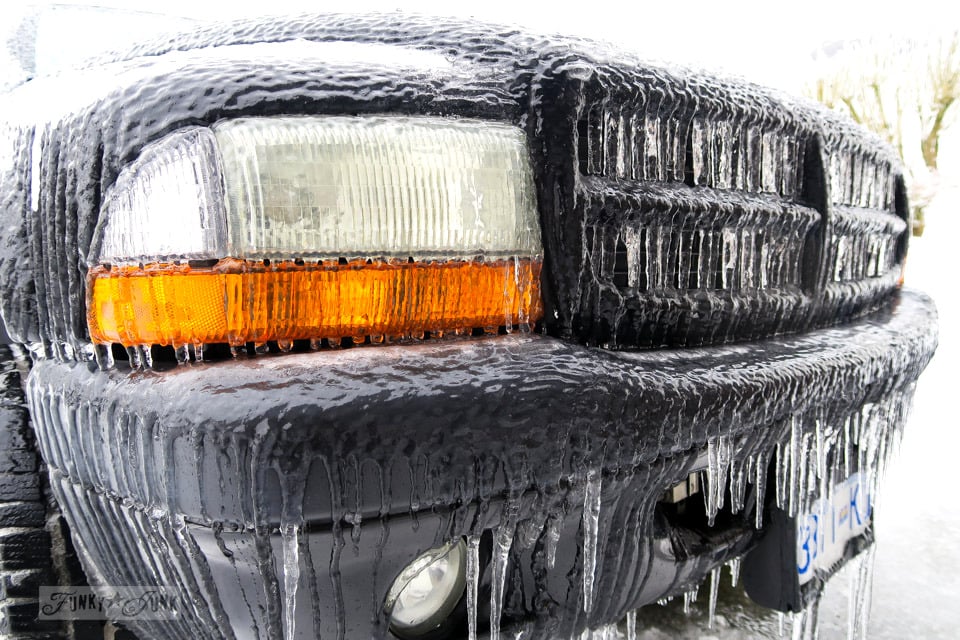 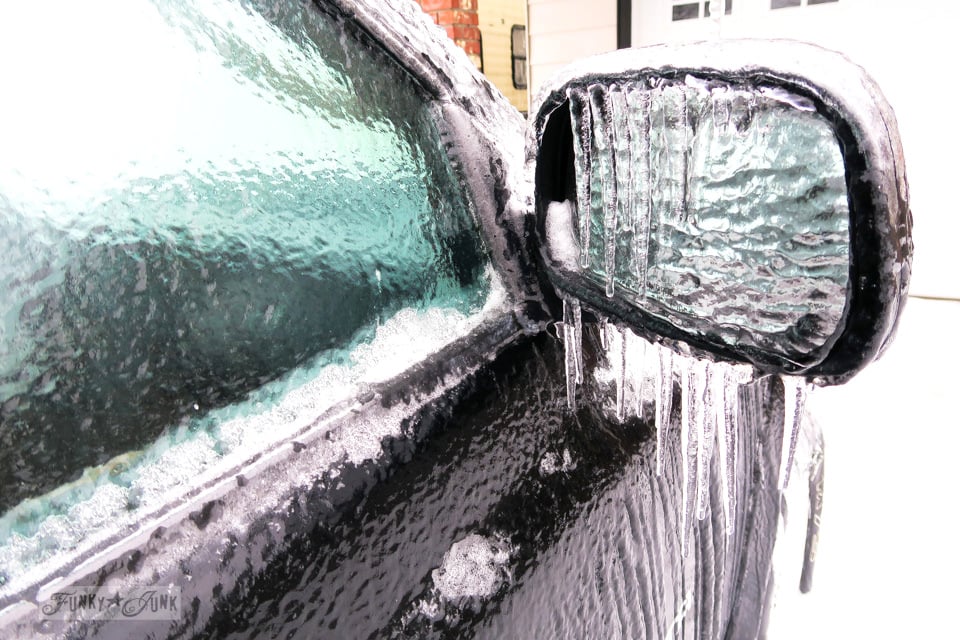 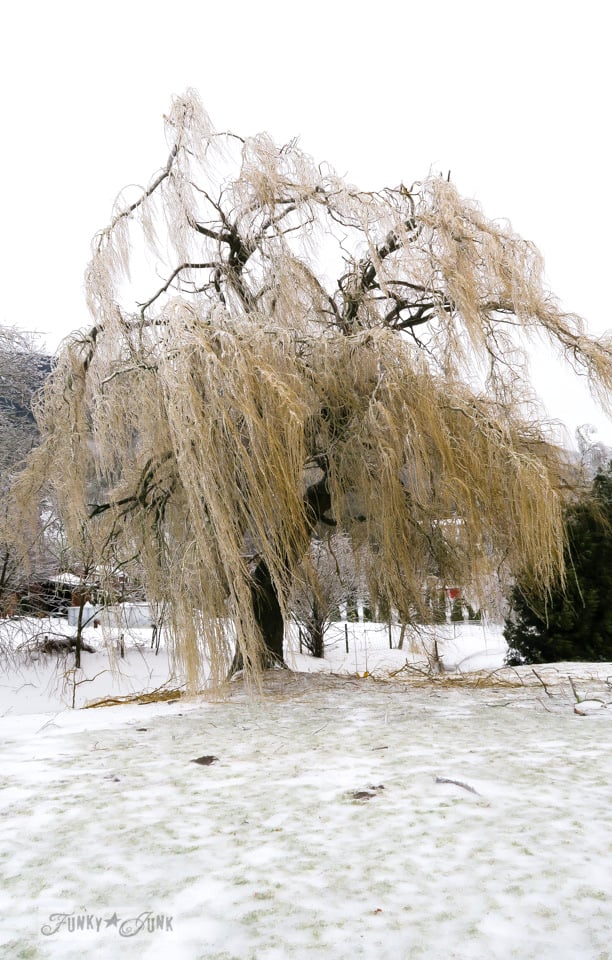 Crashing branches were that day’s soundtrack. In fact, I even slept with the window open so I could hear it all night. Pretty rare and cool for us. 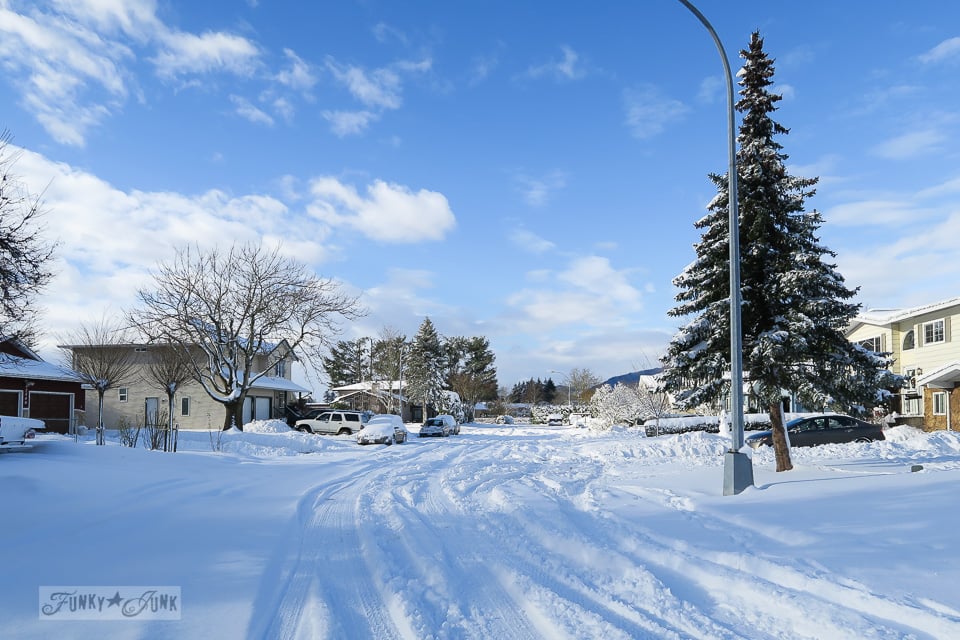 I’m sad to say, the  Dr. Suess looking Christmas tree to the right is no longer. The ice brought it down. I always loved that quirky thing. This shot was taken during our December snowfall. 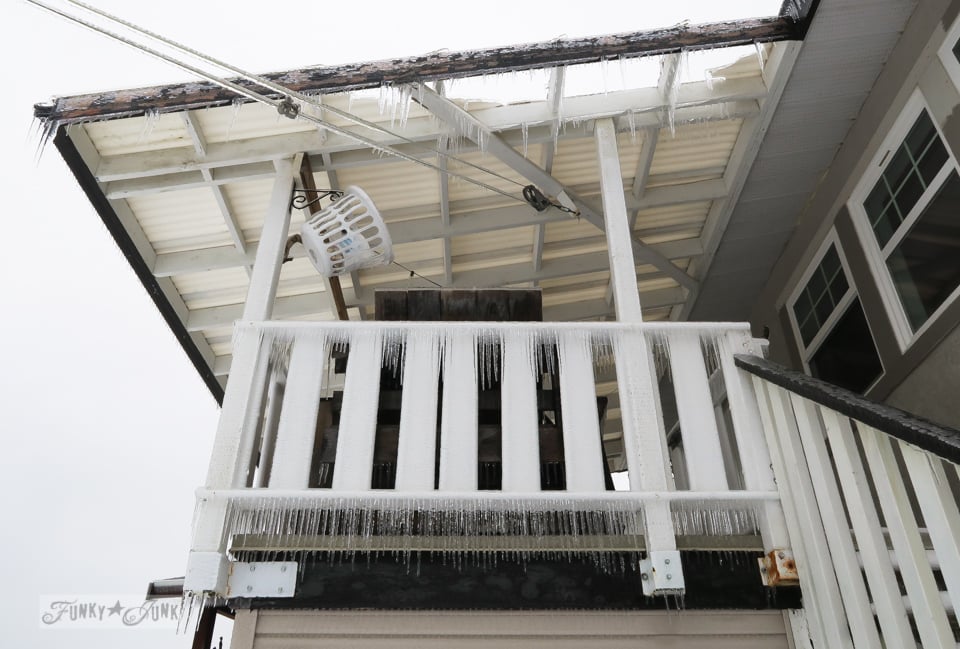 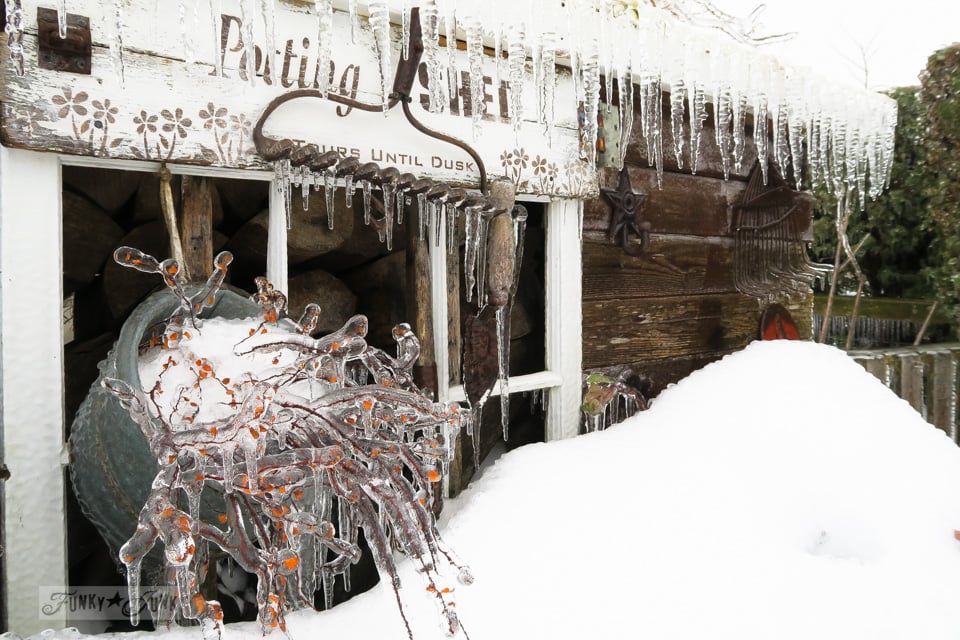 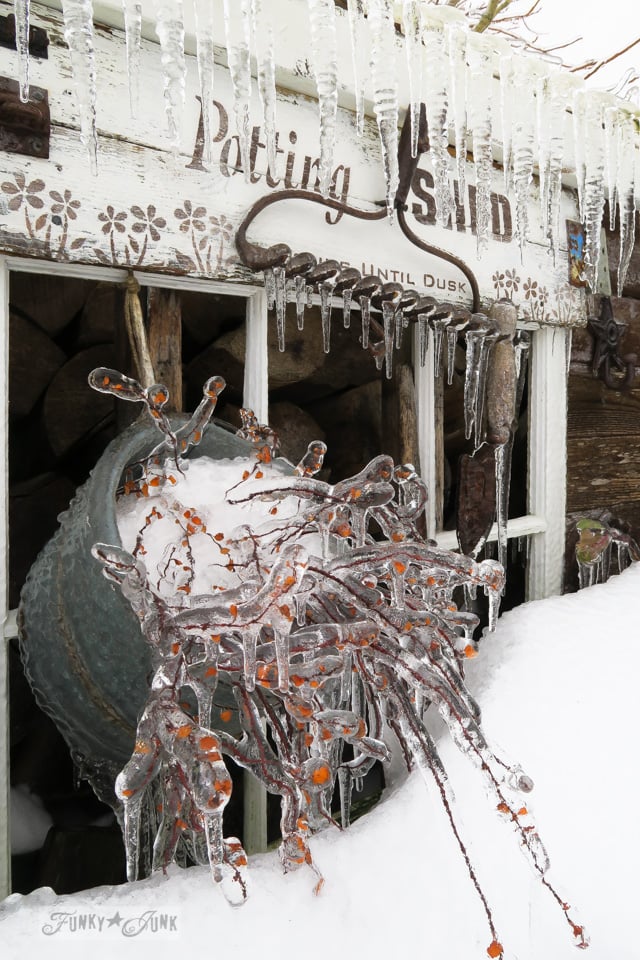 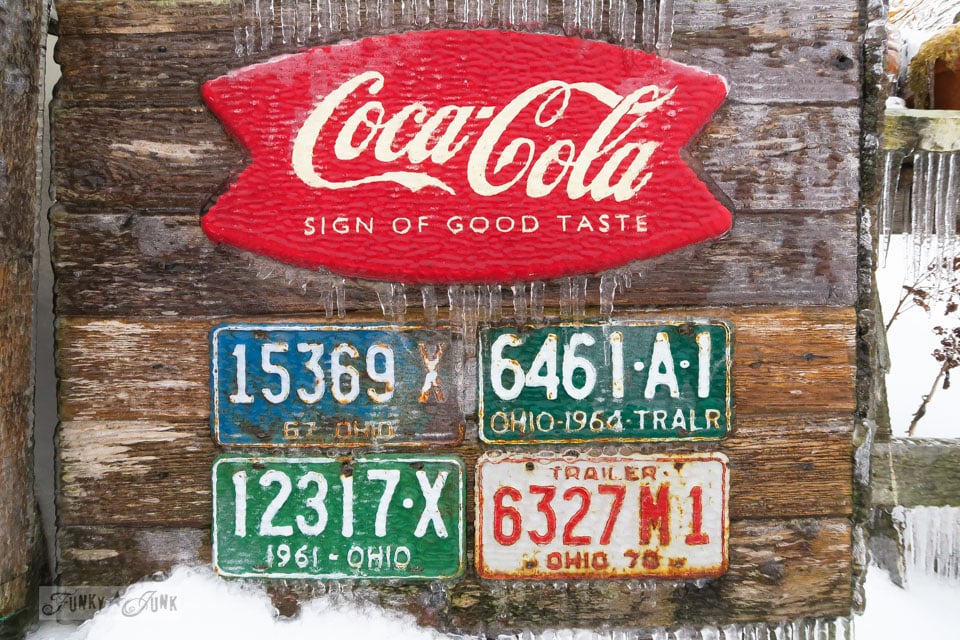 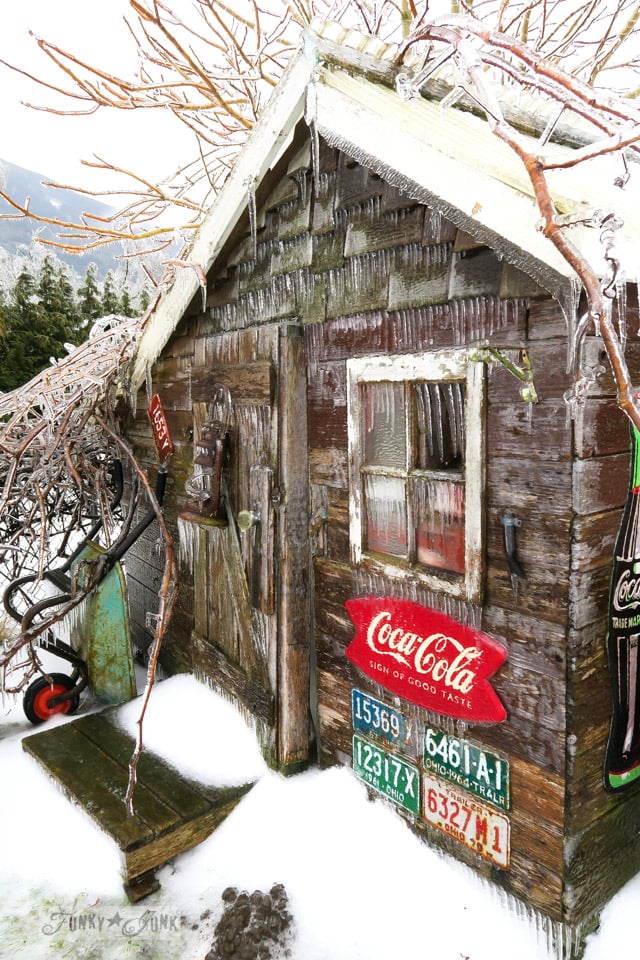 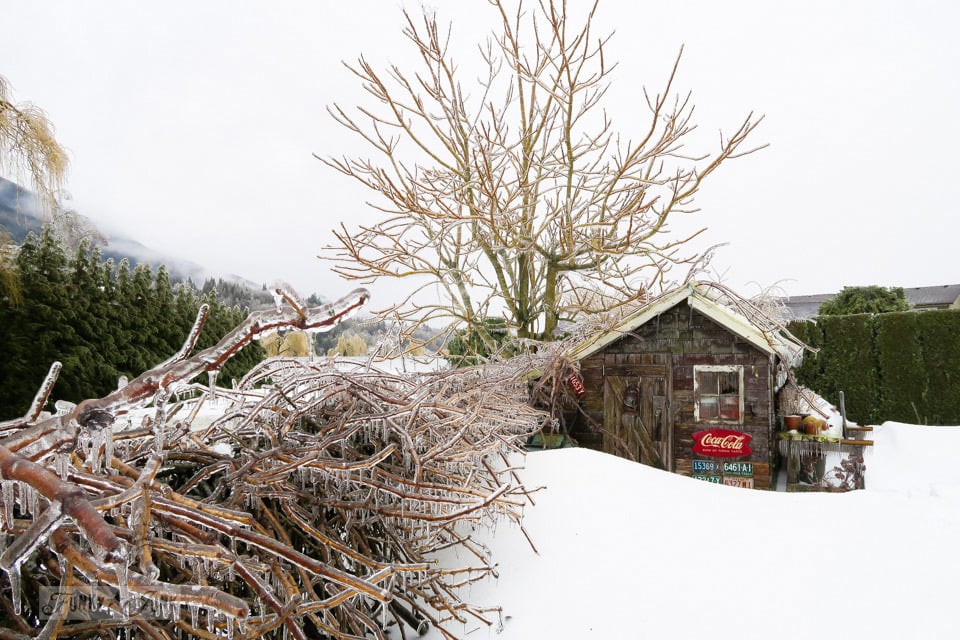 And then it started to rain. With all our snow, we really expected flooding.

But as luck would have it, it got SUPER windy, dissolving most of the snow. So fortunate!

In all, our region was pretty much shut down for an entire week.

As of just today, the last of our snow is GONE. It’s so nice to have the big, wide driveway back again vs. that long skinny funnel we attempted to keep scooped out.

So… next time you (ahem) mumble, “I wish I didn’t have so many appointments to run to! I just want to stay home…”

… be careful what your epic wish just may bring.

27 thoughts on “The epic winter my wish came true”