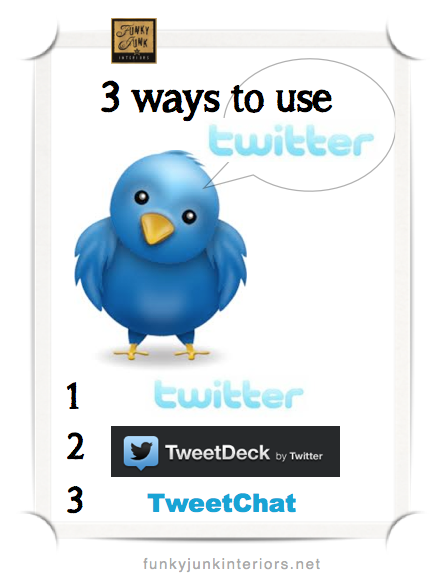 Everyone always has a preference. Some prefer Facebook, others Twitter. But I’m here to tell you, they’re both valuable for their own given reasons. Today, I’m going to show you 3 different ways to use Twitter and the benefits of each.

Twitter is like a live form of advertising. Whether I tweet my own posts or someone else’s, that’s primarily what it’s used for. Just to alert the masses when you wish to share something you’ve found valuable.

You’ll be amazed at the influential contacts on Twitter as well. Wish to look into a Dyson Vaccum cleaner? Contact or follow them on Twitter and you will! Anyone and any THING is available on Twitter. I won a photo contest through a Twitter opportunity so you never know who’ll you come in contact with if active enough.Sharing photos

Many share spontaneous photos taken with their smart phones.

And here’s my most favourite reason for using Twitter. The live chats! If you’ve never been to one, I really encourage you to try. They’re fast and furious, however great fun! It’s a wonderful way to get in touch in real time with your favourite bloggers on a given topic.

If you think Twitter is just one scrolling window, you’re truly missing something special.Twitter can be used different ways for different reasons. I’m by no means a big expert, however, in a nutshell, here’s how I feel you can get the most from your Twitter experience. 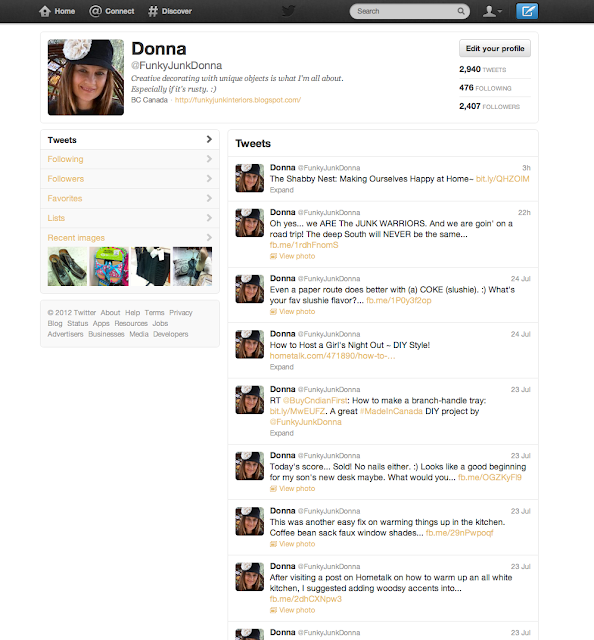 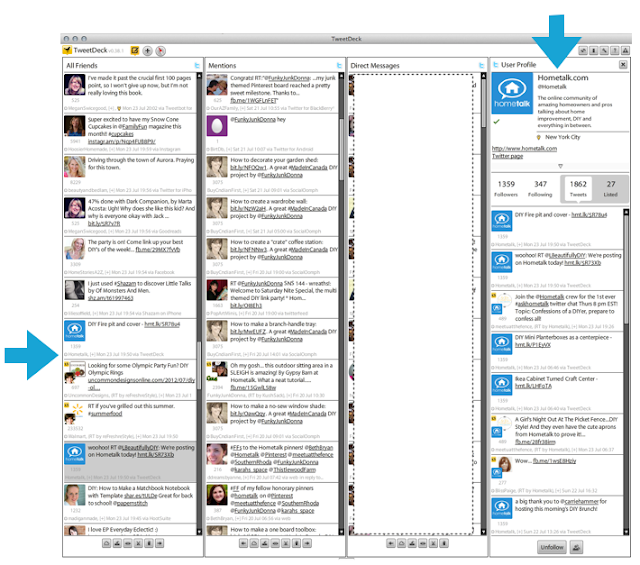 TweetDeck is a much more intuitive way to tweet. It allows you to  manage all different kinds of topics all at once in their own individual columns. You need a Twitter account to use it.

User Profile – if you click on someone’s Twitter feed, they’ll show up in the user profile area. VERY cool way to keep up with someone in particular, and is also great way to watch and join a live chat.

BUT!!! There’s an even better way to CHAT. 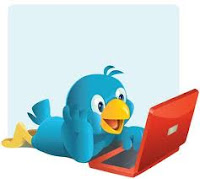 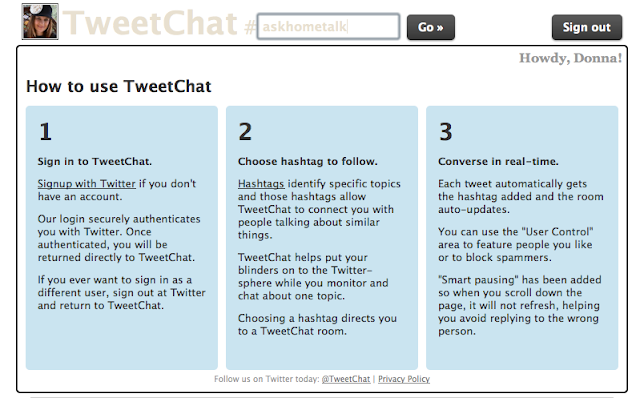 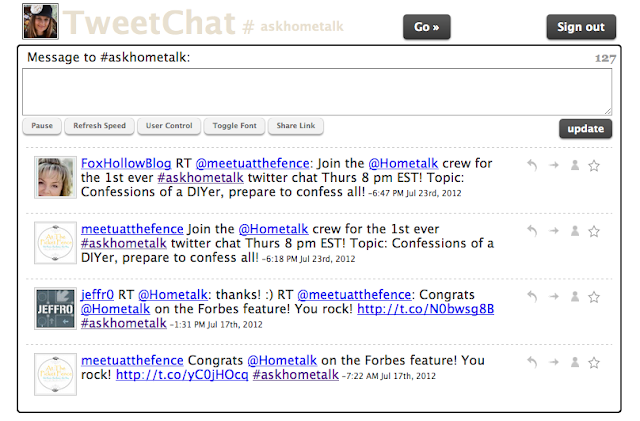 TweetChat is the BEST for chatting. It allows you to enter a given hashtag, then only those show up in the feed so you can follow the conversation without the rest of Twitter-sphere. It also allows you to converse back without having to add the hashtag manually each time.

When you join a twitter party, you’re given a hashtag. ie: the one above is #askhometalk. You sign in your chosen hashtag and hit GO. 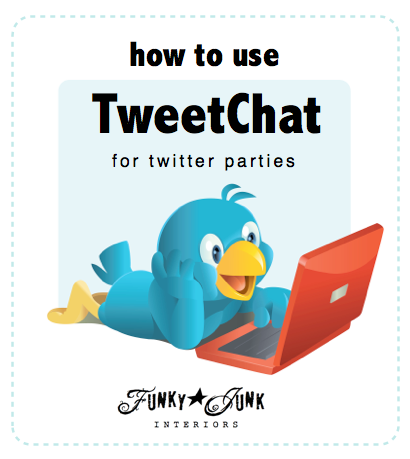