I have a little story of joy for you today.

I’d been getting some visits from someone’s cat lately. I knew this cat wasn’t a stray, for it was very well fed, healthy, spotlessly clean and wore a cute pink collar. She even smelled pretty. She’d come visit me on our patio while I was banging away on the computer next to it.

Every day I’d get a visit from this cutie, to the point of, I was kinda expecting it at this point.

One day, my little friend wouldn’t leave. She had no intent on going home, even when I closed the patio doors on her. She found a way to peek in and give me those longing cat eyes. It was dark, and I didn’t know what to do. I had NO idea where she lived. So I let her in for the night.

But not before I attempted to walk her down the road. She appeared frightened and ran for my front door, not even giving me a hint of direction on where she may come from.

She spent the night in the house. But what really surprised me is when I woke up the next morning and she was LAYING on me. (cat HEAVEN) 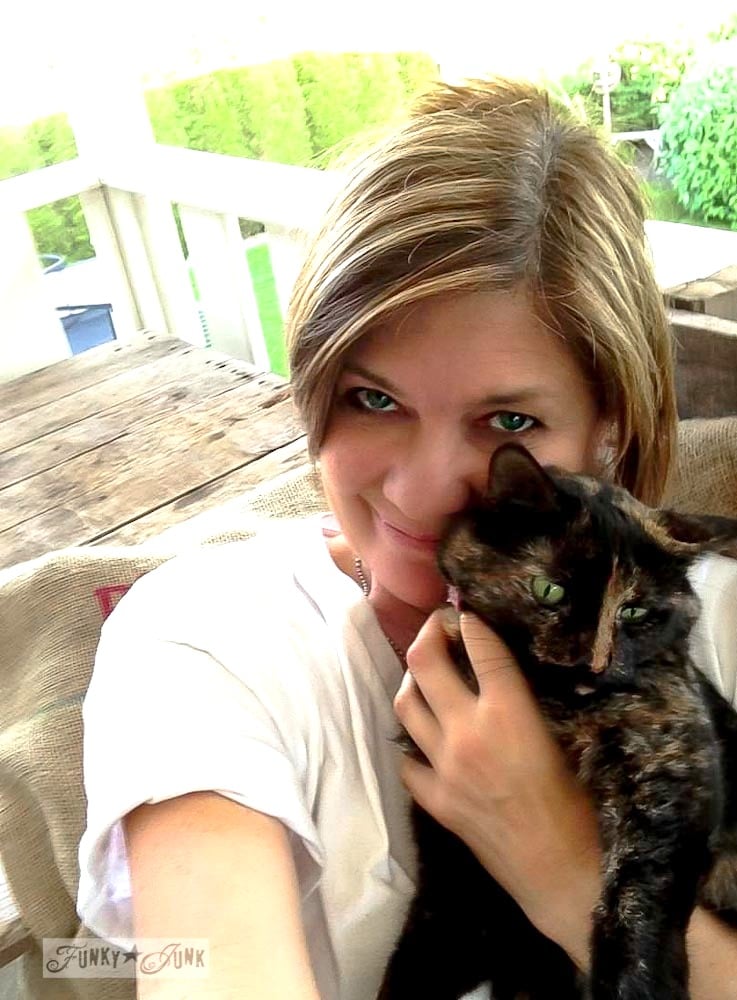 Well, I was beside myself! But I knew it was wrong to get attached to another’s cat so I had to find her owners.  So I threw this picture up on Facebook. Luckily, a name came forward. All was well! Except.. I lost my little friend.

Teddy’s only been gone for about 2 months but I won’t lie, I’ve been dragging my heels when I come home. She was my little therapy session and it felt like the home was an empty box without the softness. Pet lovers know what I mean.

Anyway, with my new little friend gone, I felt like I hit bottom again. So my son and I jumped in the truck just to ‘look’ at the shelter for a cat of our own. You know… to just look…. (insert I told you so here)

And then we found these two. TWO. Ohhh goodness.. tuxedo cats! As soon as I heard they were a brother and sister, I knew in an instant that if I were to bring one home, they would be together. So I said, “I’ll take them! BOTH!” BUT… we were too late to do the paperwork. So we went home with the cats on hold. 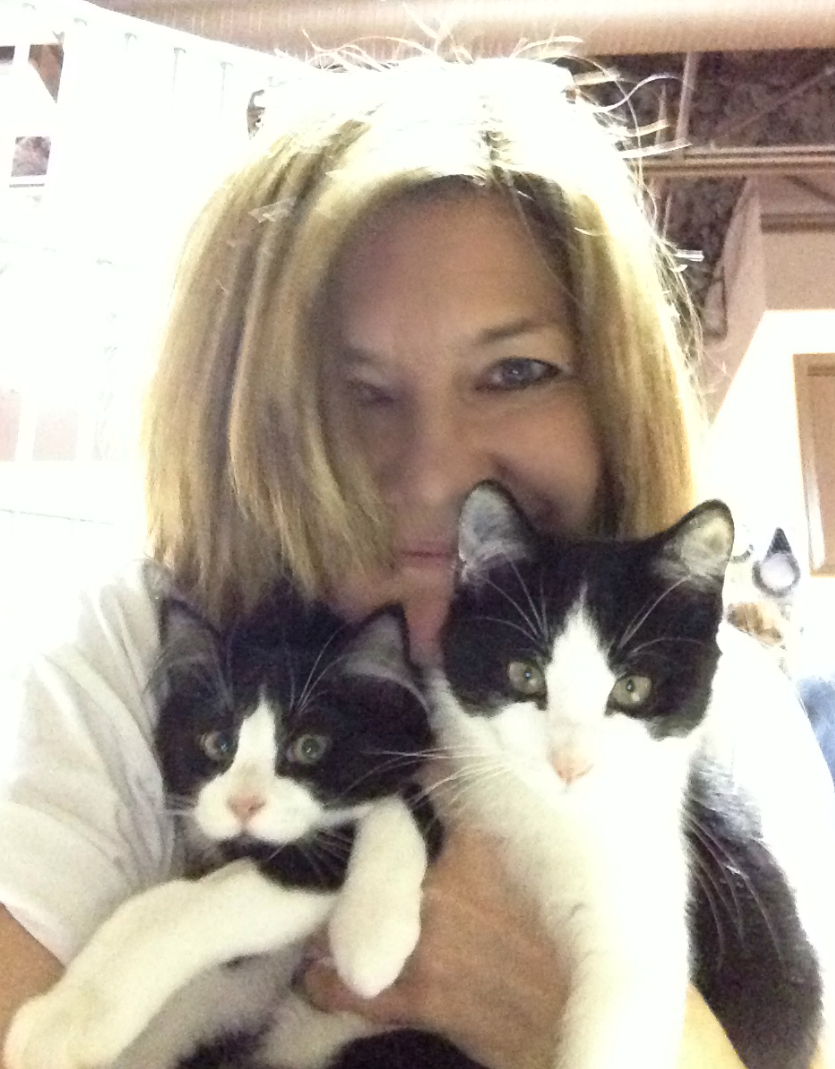 I posted this photo on Funky Junk’s Facebook and it went crazy. Over 1000 likes and 400 comments! Everyone was saying TAKE BOTH!

But the next day was a tough one. I had 2nd and 3rd and 4th and 5th thoughts. Lotsa what ifs, should we, what about… etc. But one thing kept sticking to me. We found a brother and sister and that would make travelling a little more pain free for all involved… if I went for it.

See, I had started to make plans when Teddy was sick. I knew her time was near. I had been busy nursing 3 sick pets over 2 years so I knew the drill well. We were going to travel care free with no pets to worry about ever again! Yup, we’d have it made. But… the stray changed everything.

We went in to visit them again the next day.. But it was the end of the day so again, no time to fill out paperwork. I promised to come the next day.

But it still felt strange, so I finally came to terms with no. I was unsure. A cat is a serious commitment. It wasn’t easy on my son, but I knew he’d eventually forgive me and carry on. So I waited for the call of them hunting me down (I didn’t have the guts to make the call) and said no.

But something changed. I mean, I told my son no, and I was ok with it. But then I started to get upset. What’s this?!? Why? What’s really going on here? I was feeling loss again. I guess I fell for these two after all and I refused to allow myself to have them.

We had looked at a few others, but I felt NOTHING. So there was something special about these two that I couldn’t put my finger on.

I later called and asked if the cats were still there, and if they’d just call me if someone was interested as to give me a last minute choice. I hung up and felt uneasy, like, I needed to do more. So I called abit later but the line was busy. I called again and they put me on hold… hold… hold… Panic panic panic started to set in. Was someone looking at MY cats?!

I finally got on. As it turns out, yes, but the lady was thinking about it. Well, that’s all it took. I told them we’d be right over because they were SOLD! 🙂 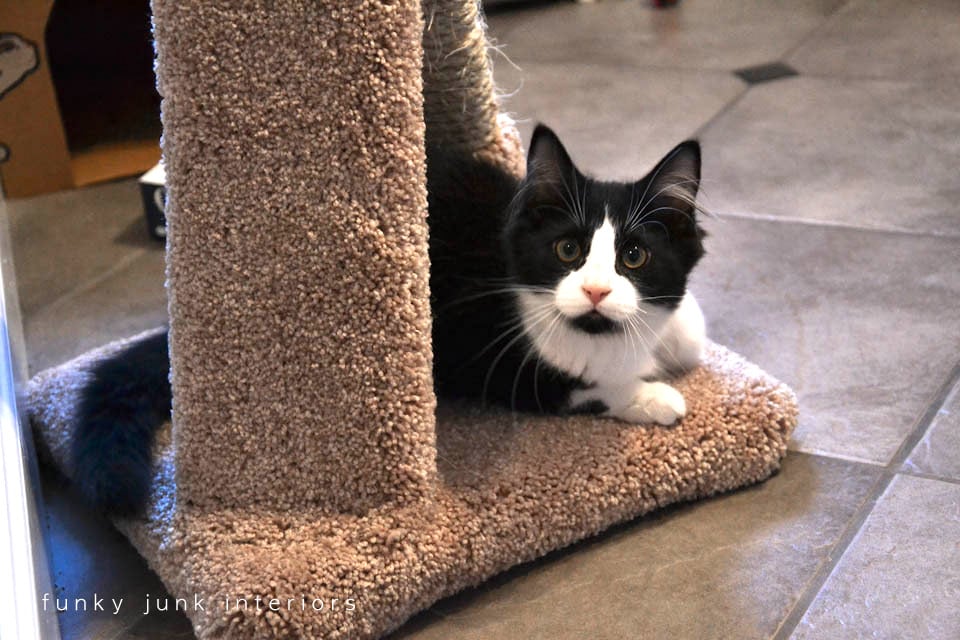 the sister… melt! She looks like she’ll be a medium / long haired, but it’s hard to tell. 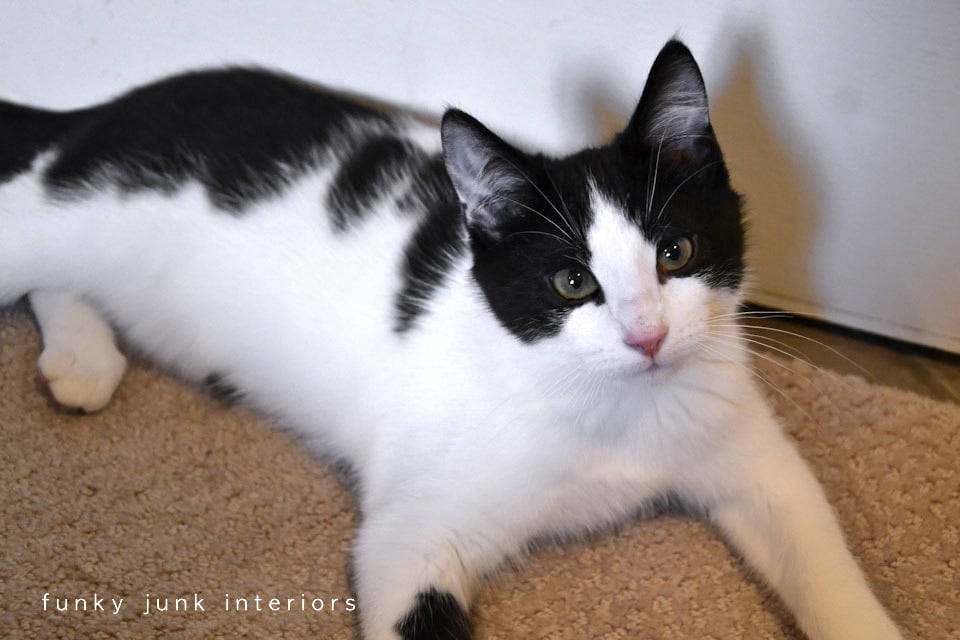 the brother… what a handsome boy! I’ve nicknamed him Hollywood. 🙂 He has the softest fur you ever did feel. It’s un. REAL.

They are beautiful! I love that they are the same yet different. But more than that. They are quiet, so clean, and purr and love to be cuddled, even at 4 months old. 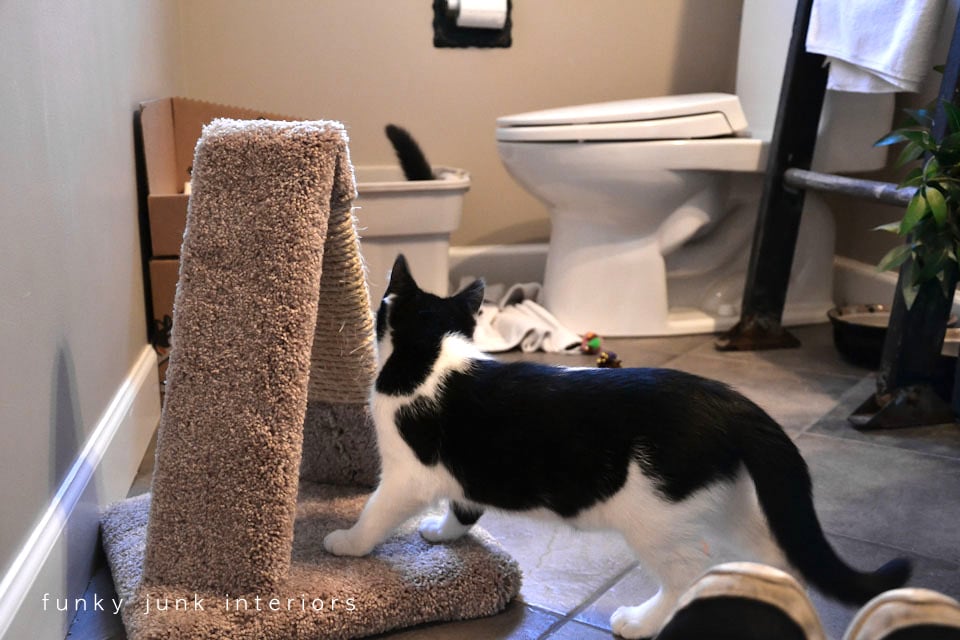 The only two rooms I have kitten proofed are the bathroom and my bedroom at the moment so we did LOTS of visiting today. They are romping like mad but you barely know they’re there. Not even a peep and don’t appear to have a need in the world. But are happy to see you come in when you do. 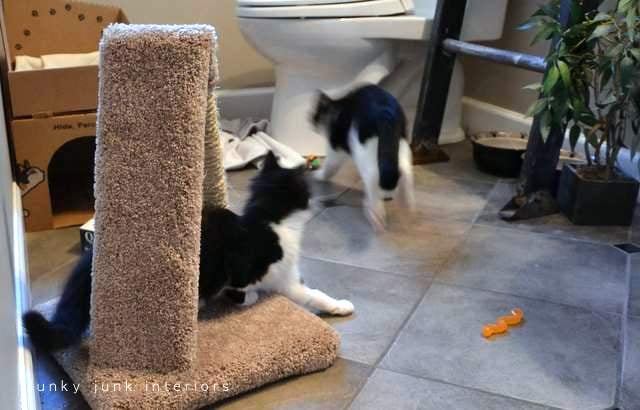 But I have some homework to do with photography. These two are FAST! I’ll have to learn that shutter stuff stat if I ever want to land a good shot of these guys! 🙂

But no names yet. They came with Figaro (boy) and Orca (Orca?!). (girl) Figaro is cute, but Orca (whale) has to go. Any ideas for names?

The world feels right once again. And all it took was a stray that wasn’t even a stray after all.

Valuable cat tips you may not know and their fav gear
The secret to successful public speaking
Zonked out from all that cat popularity
How I shop outdoors for Christmas decor
Shutter priority where cats are concerned
6 & 7 - Know your limitations, and know how to chill
Facebook Pinterest Twitter Instagram RSS