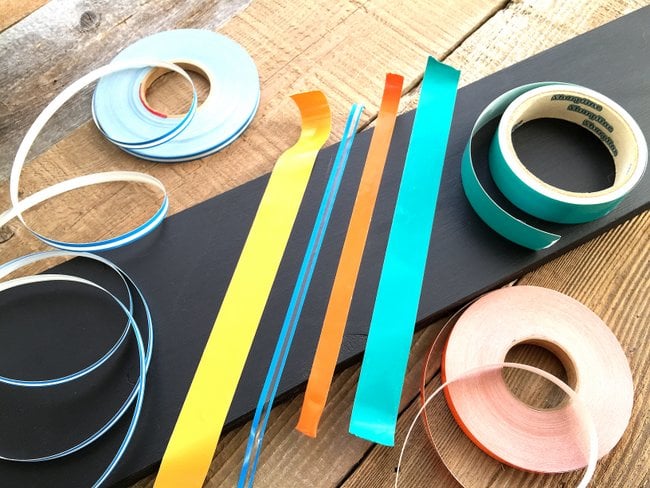 In my ongoing quest to clean up this place, (which I’m now convinced will really NEEEEVER be over… how DO you do it, clean people?!) I gave myself a mantra.

I’m going to get rid or sell something once a week.

For me, getting rid of something for good is harder than gutting a room, then putting it back together.

I think when we finally resolve to let something go, we go through a sense of loss. Is grieving possible for something you don’t use nor even want any longer?!

I really do think so.

We have emotional attachments to these things, that can run deep. 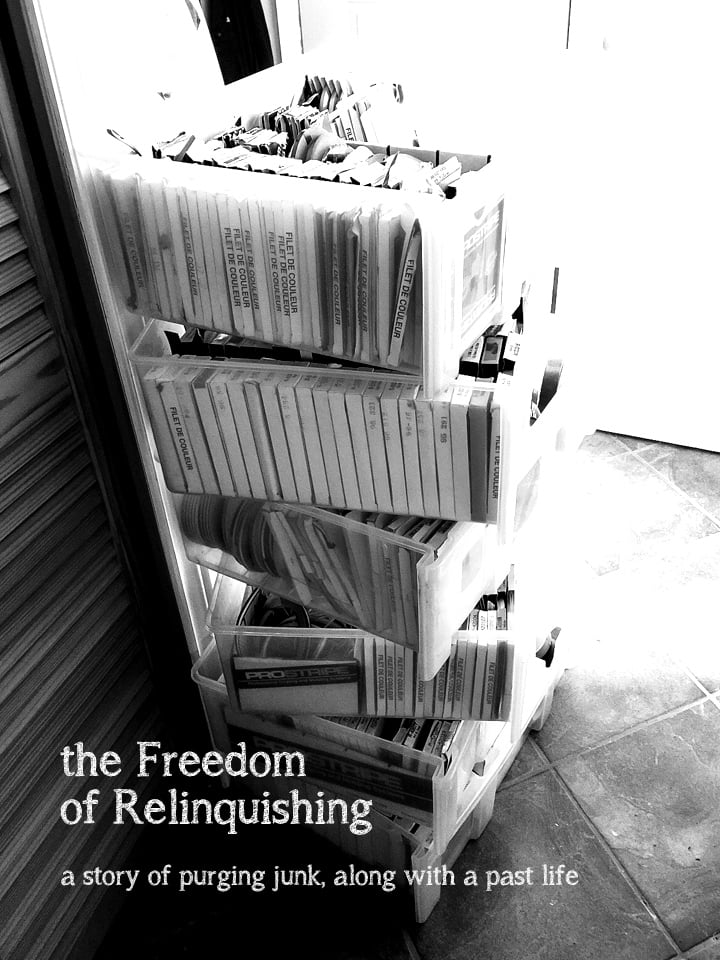 Welcome to my previous life.

This is a massive stack of auto vinyl pin striping from my auto graphics days. Which was yearSSSSSS ago. Plural.

Perhaps because I had permanent shelves made for these guys installed in the house, it was more convenient to just leave them be, and walk on by?

But every time I ventured into the never finished laundry room, I got to stare at the dust filled bins, sighing that one day I had to deal with that big white elephant in the room.

Maybe that’s why the laundry room remains unfinished and super uninteresting. It’s hard to decorate storage units after all. 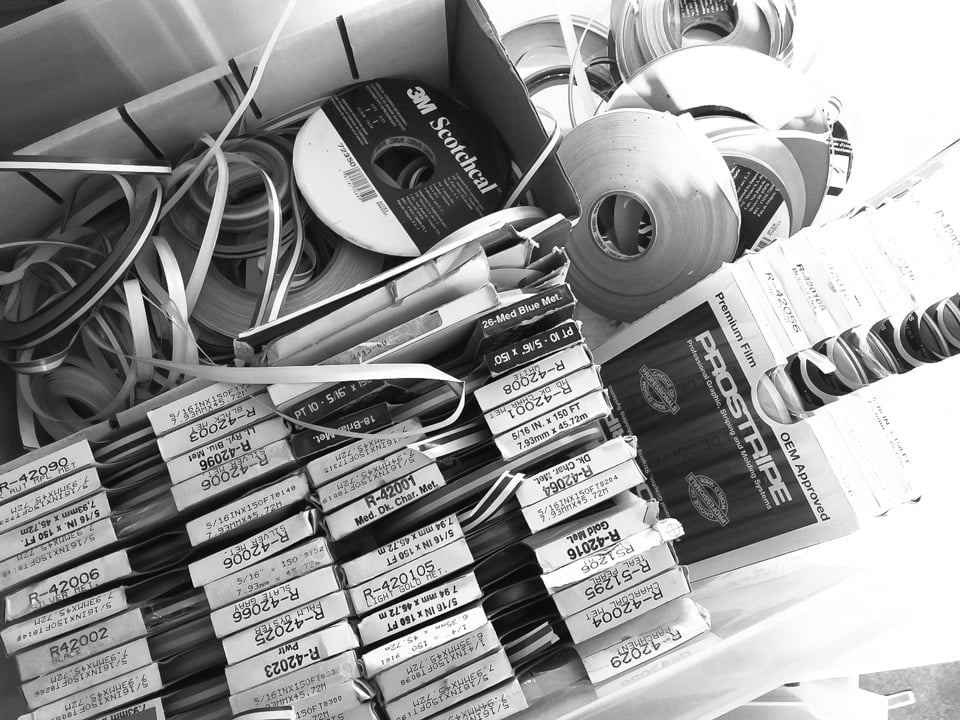 But seriously? What can I possibly do with all this stuff today?

So I threw out a challenge a week ago in the Crap to Clean Facebook group (join us HERE if desired!) to get rid of something within a week.

Attempting to practice what I preach, I stared at this seemingly massive project, let out a HUGE sigh, resolved to order in dinner, then got to work.

Each bin was dumped, one at a time, washed, boxed dusted off, then re stacked for the eventual new owner. 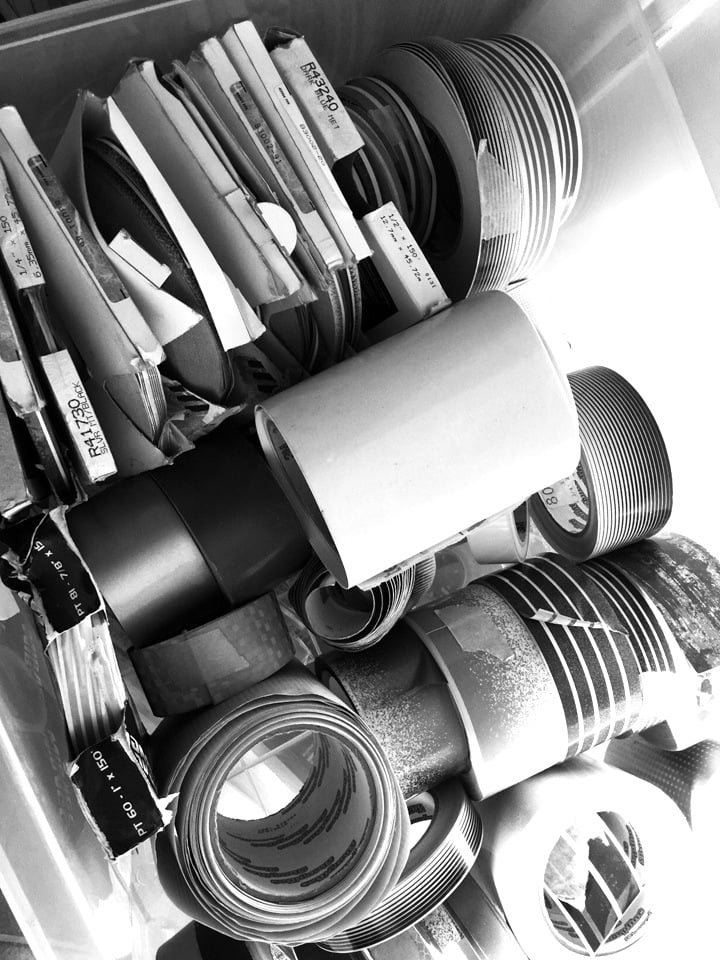 But you can bet, all kinds of things ran through my mind…

“This is worth a fortune!”

“Are there still stripes on cars and stuff?”

I had little conversations with myself while I went through the task of tidying things up.

I’ll have to tell you some of those stories sometime.

Like the time I landed an auto graphics job without any experience, mainly because I got on my knees in my dressy interview clothes, and helped with a task going on at the moment… during my interview.

Or the time I flipped a sign making job into a decorating job. I became known for the one with the cow print fabric on the office chair and pretty desk area. That eventually led to extra cleaning duties for more $ around the place, which I actually really enjoyed! I always rearranged with a good clean.

Or the period of time when Kari worked with me. My biz at the time was a neat little office off an auto body place. Kari decked out the white storage cupboards in black cow patches, and made decadent coffee each morning and afternoon, that we placed on those mug heater things, while I made snowmen that slid down car windshields… 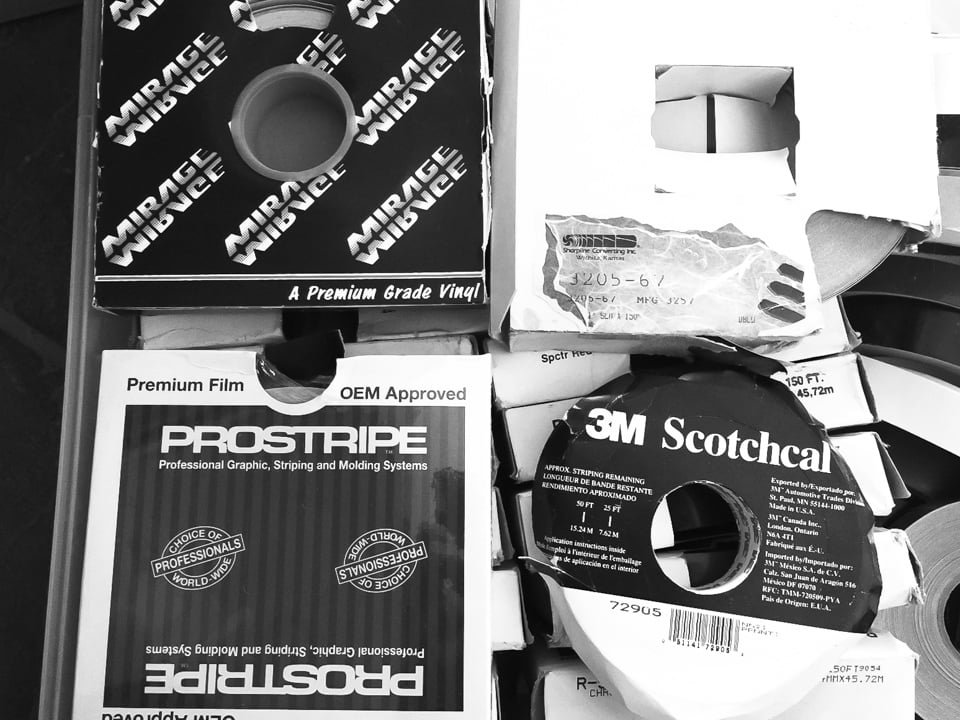 Cleaning actually got easier as time went on. There was suddenly a great PUSH to get it all done without interruption. I had a fun goal you see…

After stacking the bins, I took a picture of it, then of inside each individual bin, so I could list the photos on my local Facebook bidding site. Fun!

I love bidding sites, because while you may get a little pocket change for some stuff (sometimes more than you expect!), the stuff is going to someone that actually wants it. And they’ll even pick it up. That means more to me than money in my pocket.

But the mere act of others giving attention to your stuff is gratifying. As if, your thoughts were somewhat worthy that you loved this thing, but now it can go to another that will give it that equally, if not more.

Mind games if you will. 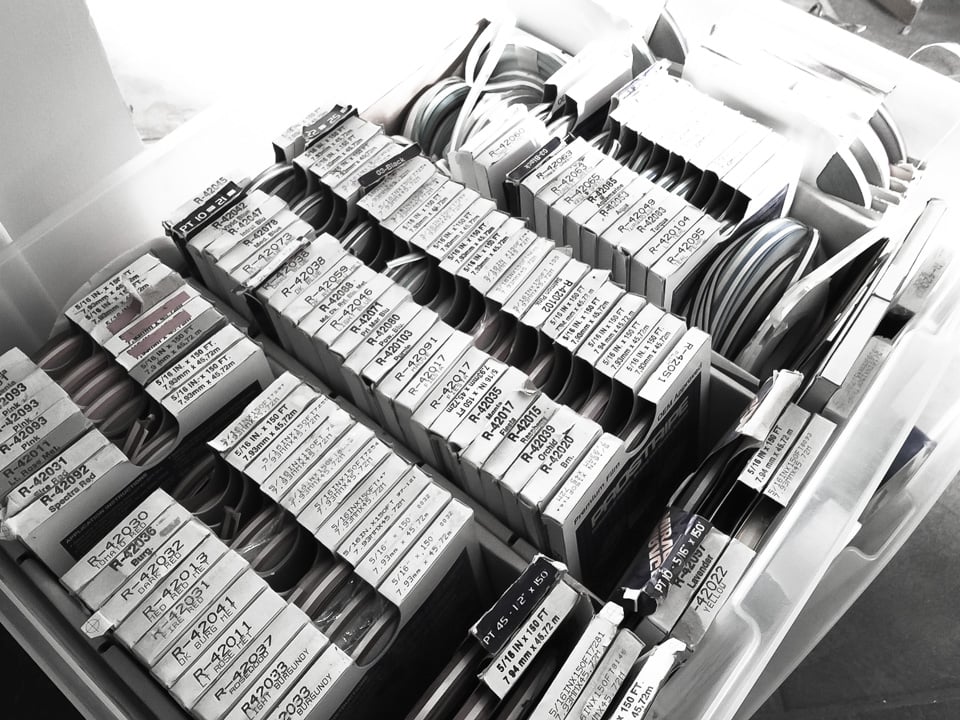 Did you see what happened there?

The hardship flipped into a fun game. Just gotta pick your poison.

And while the loss of this massive stack of striping will not regain my laundry room nor any other room for some time, it’s a start. Efforts can quickly multiply if you really sink your teeth into the thought of regaining that new space.

I personally have read the Kon Mari purging book, (amazon affiliate link) and among her many musings, she reminds us: (in my own words)

“When you relinquish something, thank it for its service, then let it go. It provided a valuable task at one time. But it’s now teaching us that we no longer require it. Still a valuable lesson. But now we need to act on the next message, and let. it. go.”

It’s just part of the journey of ‘stuff’. When our lives change, so do our needs.

This is especially hard to digest for things of emotional attachment, such as gifts, or family heirlooms. But it still rings true.

Some tips to make the art of relinquishing a little easier…
.

Take a before picture of the space.

Really do this. It’s so easy to overlook that long forgotten ‘storage’ area!

Take a picture of the item itself.

Once you’ve pulled it away from the clutter, you can see ‘it’. Plus, the picture could come in handy in case you sell or show online, right?!

Or just keep it for a keepsake for yourself. One picture is a lot less storage room after all.

Give it the time it deserves. Love on it while you prepare it for its depart.

Hello, emotional attachment! Just remember, it’s part of the process. It’ll be like a story time of memories flipping by at a rapid pace. Some good, some not good perhaps, but maybe if not good, this will be the last time you have to think of it…

Just make it pretty for the picture, like I did with the above pic. It was a good time in life! But I am grateful to have moved on, so for me, this step showcases progress.

You can read My Last Truck story for further enticement.

Then give it to another who wants it.

This is my most fav part. I’ve gotten the most out of placing stuff on the curb, watching the neighbours dart across the street. Or the gratification of dropping off huge bags at the thrift. Or for things of a particular nature such as my bins of stripes, putting it out there in a broader sense, so it reaches the right person.

So, I’m going to put this challenge out to you over the next while. Think of all the white elephants in your spaces. It’s time to walk through your home, then list them. Then get to work.

If you still find it hard to know where to start, DO get the Kon Mari book. (Amazon affiliate link) It’s an easy read, and while some of the musings appear flightly, it works.

You can read my review on the book HERE.

And If nothing more, you can procrastinate your relinquishing efforts while you read. 🙂 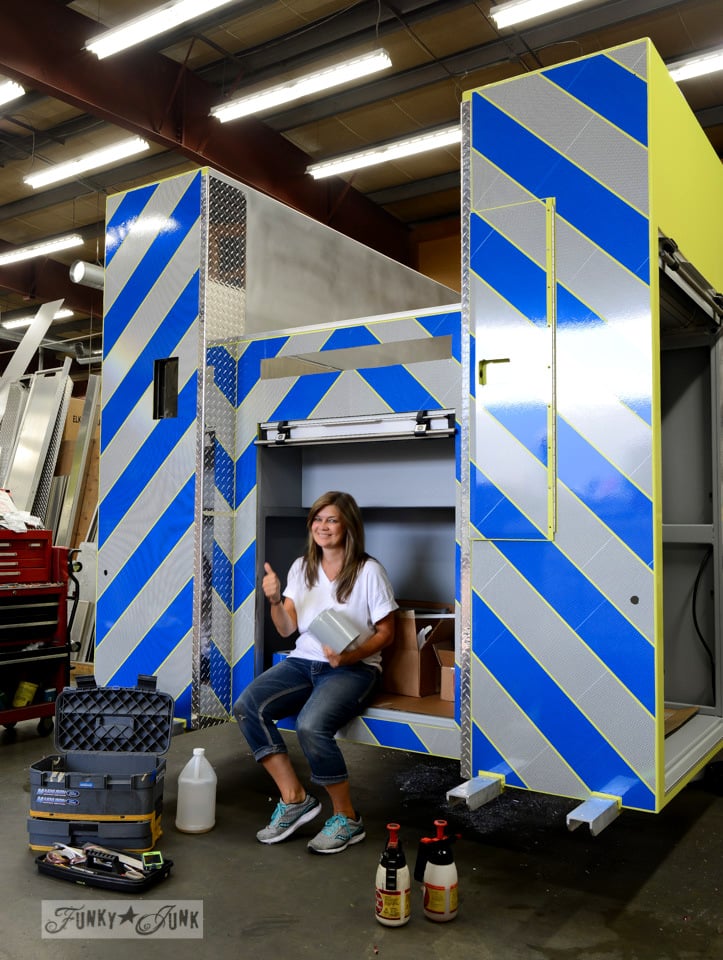 While I further celebrating my still new to me freedom of relinquishing, in more ways than one.

What would you like to get rid of but have trouble with? I’d love to hear YOUR story!

How to clean pet hair from puzzles
Cleaning accessories and valuables (and windows) Wk 8
What made this the best 30 minute trail bike ride EVER!
How to purge your clothing - wk 2
Purge and clean your homes challenge! Are you in?
How to make today count.
Facebook Pinterest Twitter Instagram RSS

19 thoughts on “The freedom of relinquishing, while purging a past life”