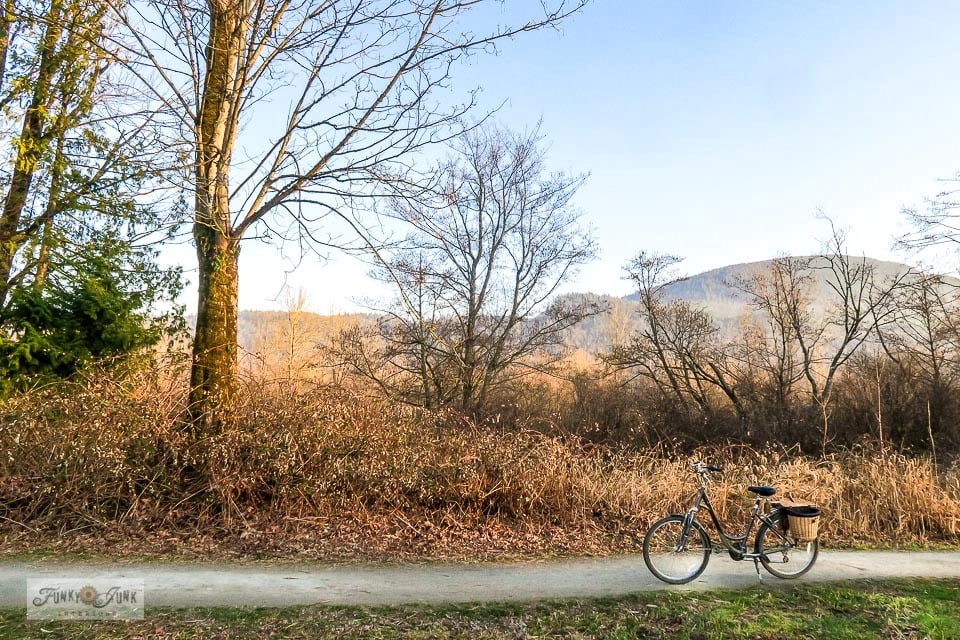 The weather on the west coast lately has really surprised us.

It went basically from winter to early summer in one day.

It’s been AMAZING. Absolutely no complaints at all. It’s just so weird to be wearing shorts with nothing growing yet. 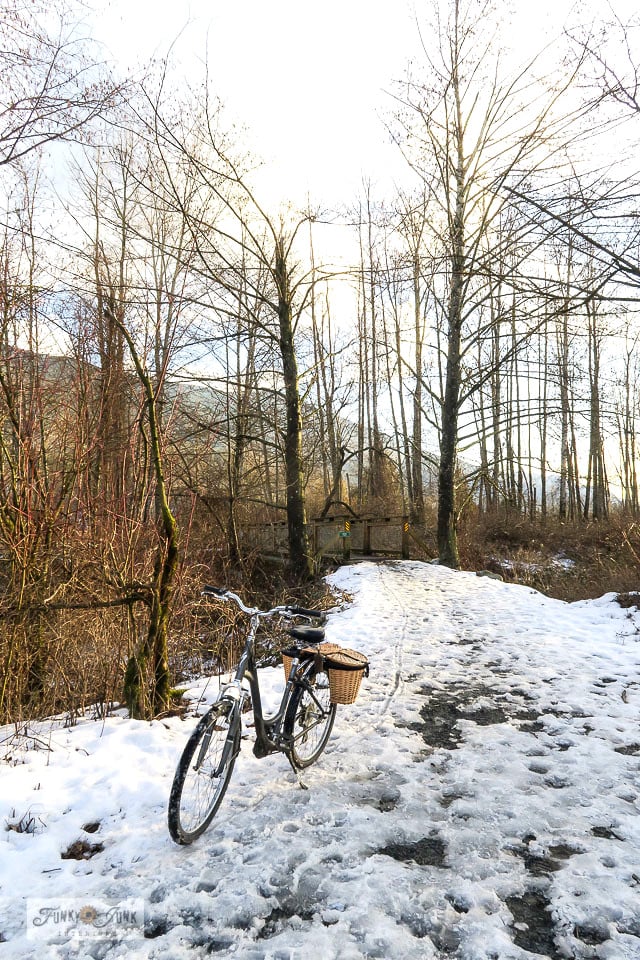 I attempted several times to ride the trails while the snow was still along the sides of the roads, but had to turn away a few times. Snow and regular bike tires just don’t appear to mix.

A+ for effort though, right?! 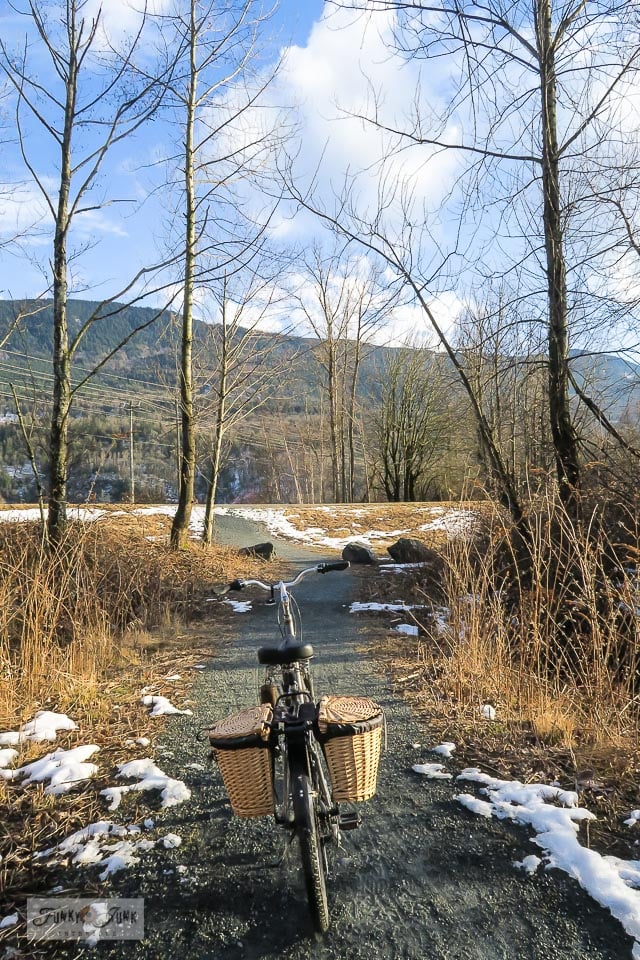 But one day I persevered and just walked over the snow areas until I reached gravel. This girl had mounting cabin fever and needed her shot of nature, no matter what. 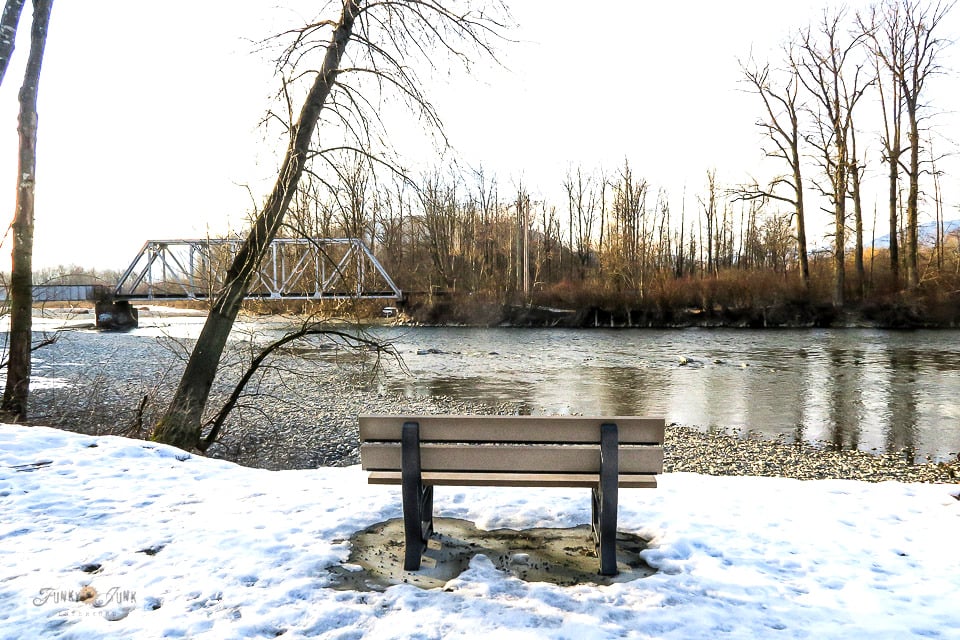 It was a unique ride, because you got the look of snow everywhere while still being able to bike. I’ll be trying that again!

NEXT year though… right, weather?! 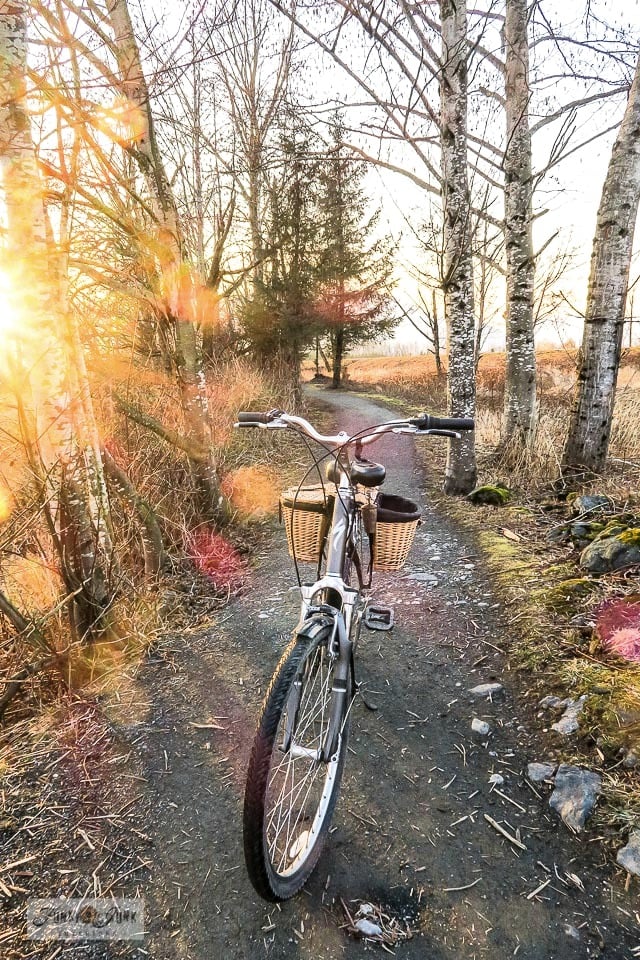 After all the snow vanishes, the trails dry out in a couple of days if it doesn’t rain. It’s better riding if you can wait it out so you’re not having to dismount and push your bike through muck.

Then the real magic begins!

Doesn’t the image above look like that bike is having a trail party? 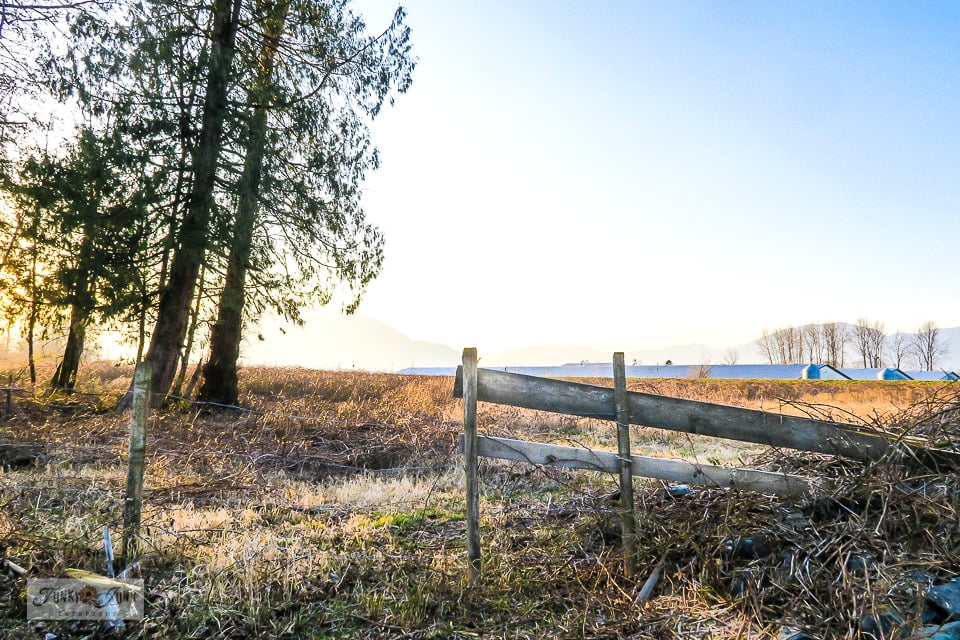 Which brings us to today. 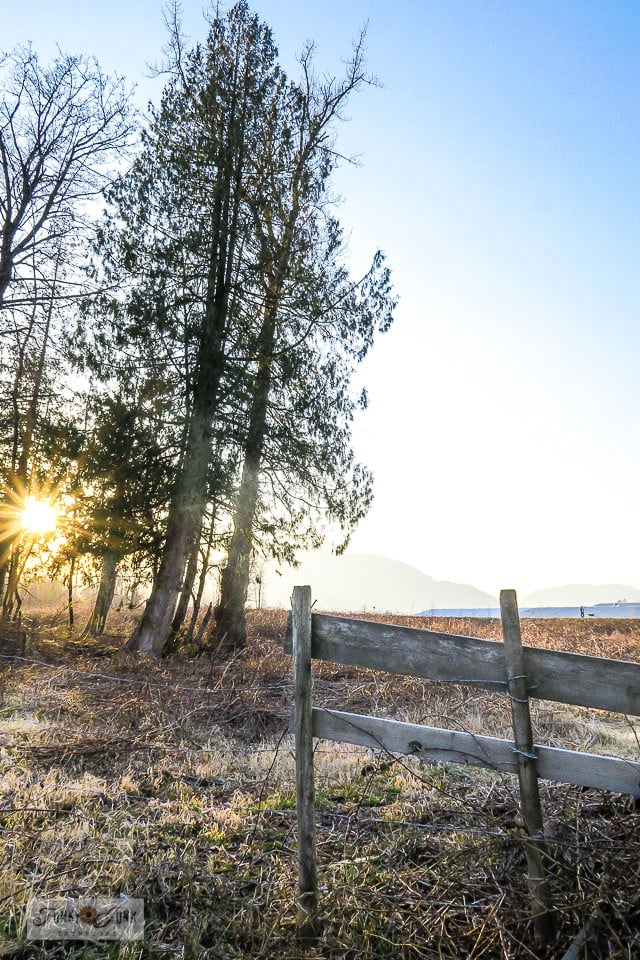 These shots were taken just a few hours ago, hot off the trail press. 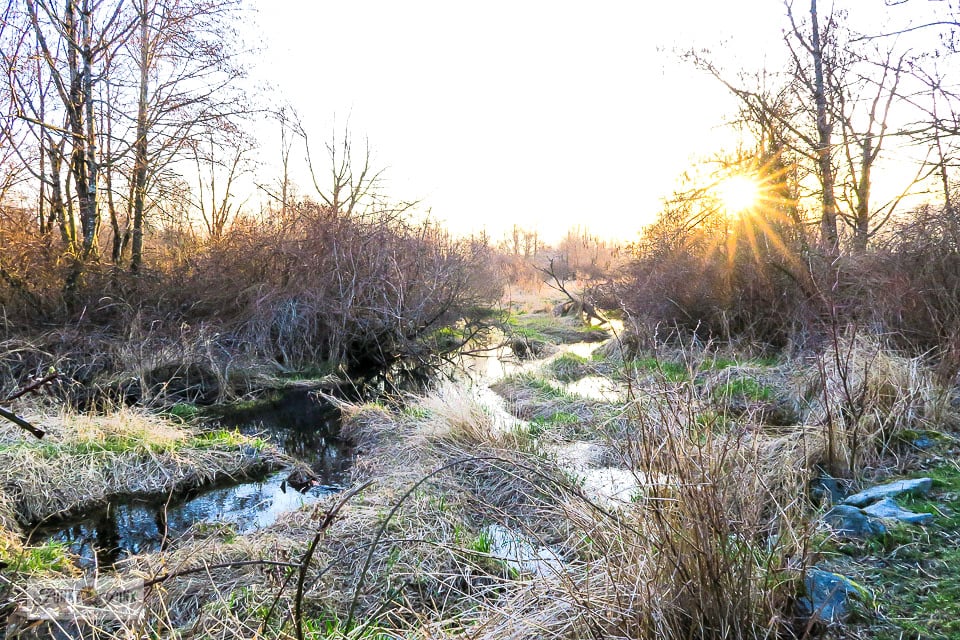 Temps were actually a little crisp today, but nothing a hoodie couldn’t handle. 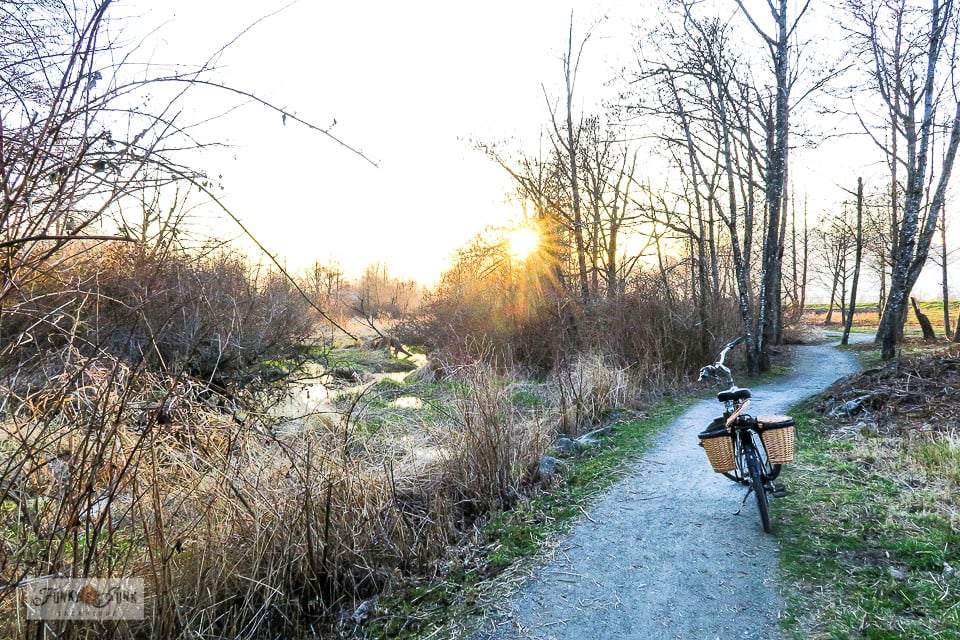 But things are changing quickly. See that little bit of green? That wasn’t there even 2 days ago! 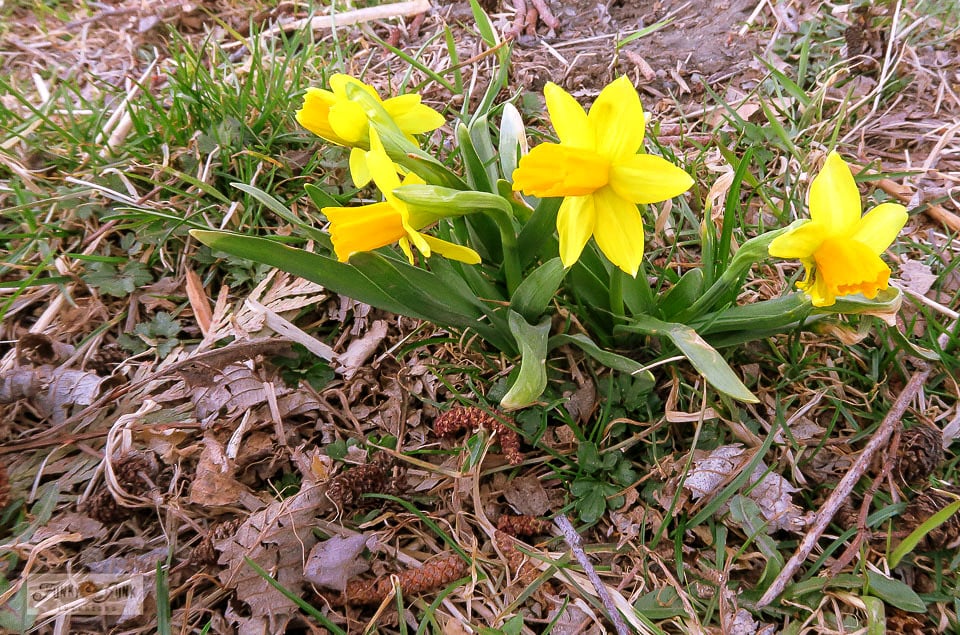 … mini daffodils were such a happy surprise! 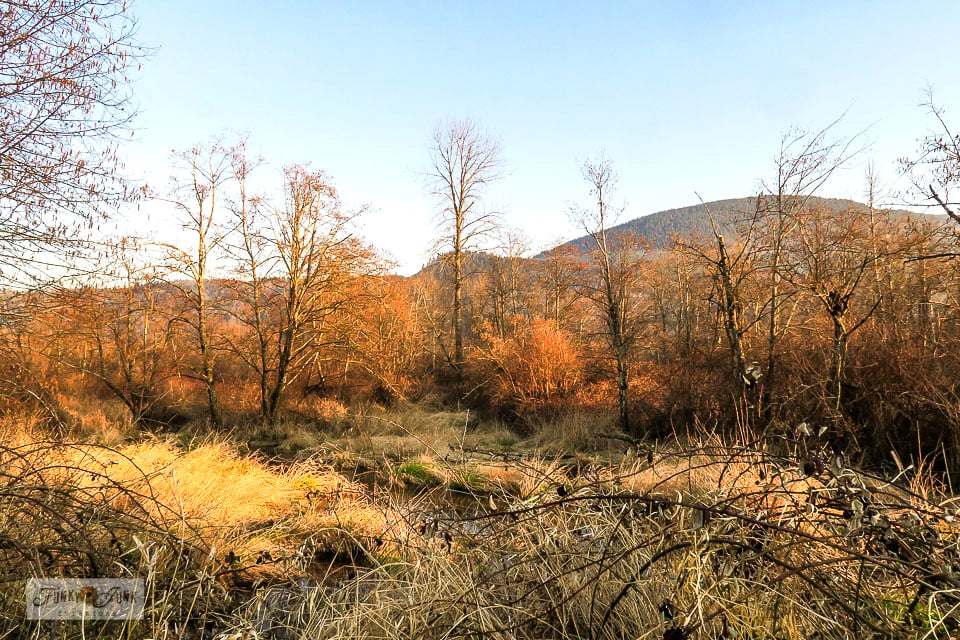 But seriously, no matter what the weather, this forest is my 100% sanity saver.

I was feeling off about something a couple days ago, and rode out ever so slow… you know those days when you move like molasses? I was questioning why I even bothered.

Not even having enough power to pedal, I spotted a little babbling creek, got off the bike, plunked myself down in the evening sunshine and just stared at the water.

And that’s when I allow my thoughts to hit me full force, so I can then just let them go. 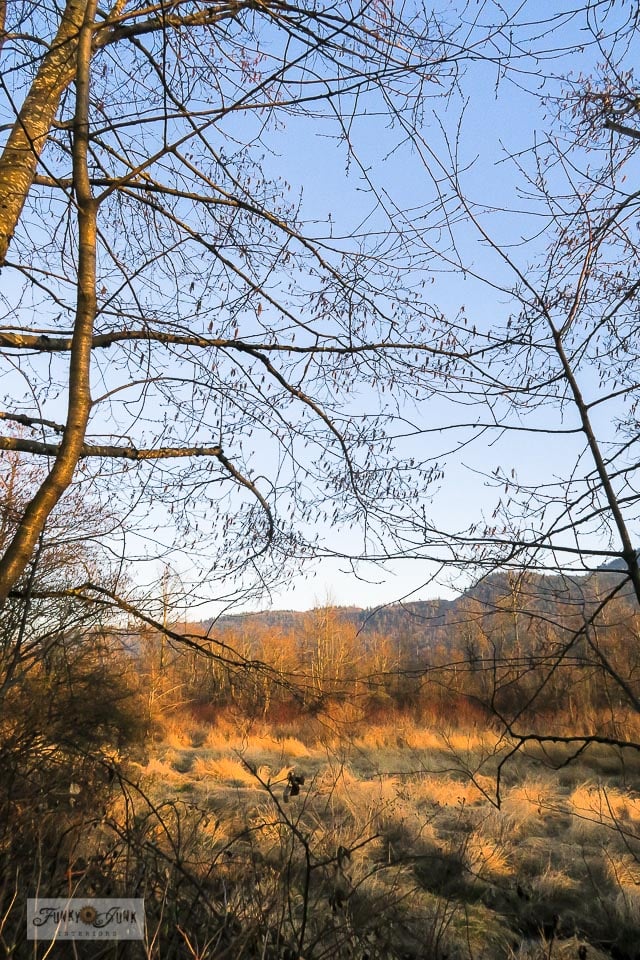 And that is something staying inside the house simply cannot do quite the same way.

Mix a change of scenery and a little water movement and you have the makings of a private sanctuary. 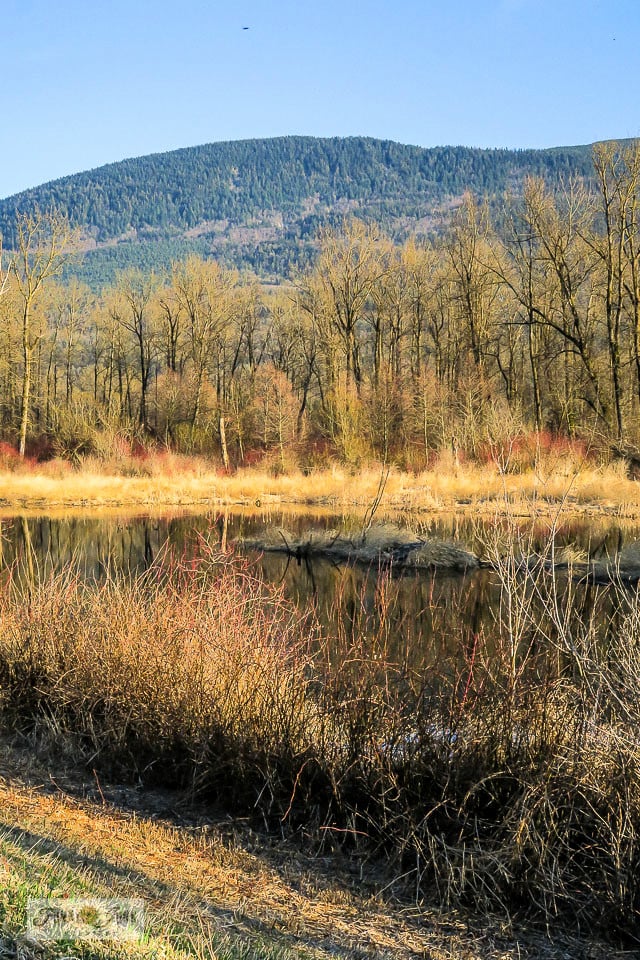 The warmer weather has brought out renewed interest to travel again as well. When it snows, I like to stay put so I’m not having to deal with bad roads.

I know. I appear to be the opposite of the whole wide world. I just like going away to warm places even if it’s warm at home because I’m in the mood for that season then… 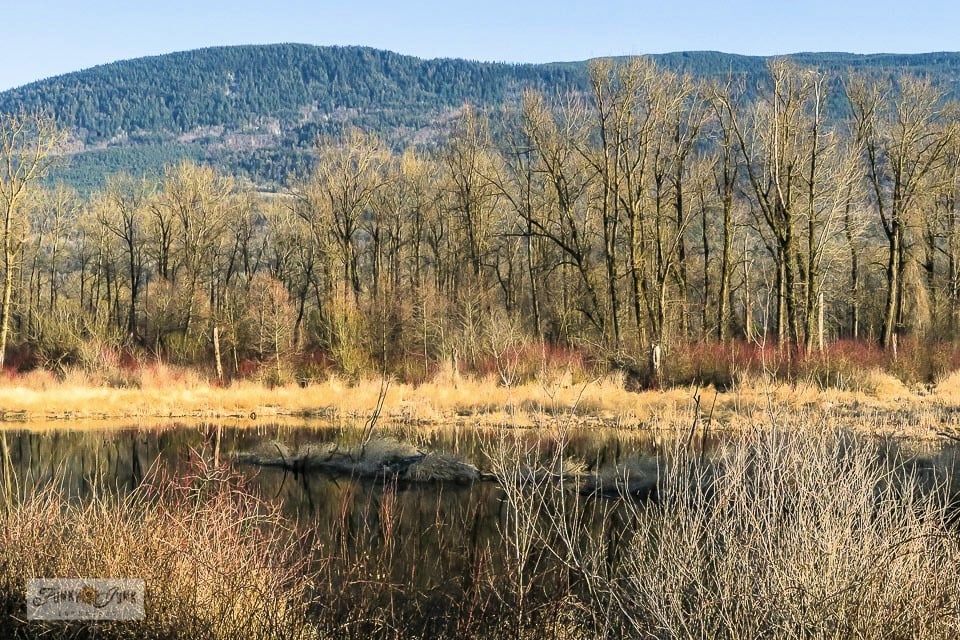 So until new adventures unfold, farewell beautiful reds and browns and yellows of the forest. You’ve been perfectly lovely!

But it’s now time for some lush greens and shimmery blues to paint our surroundings!

Isn’t the start of spring just the best?!