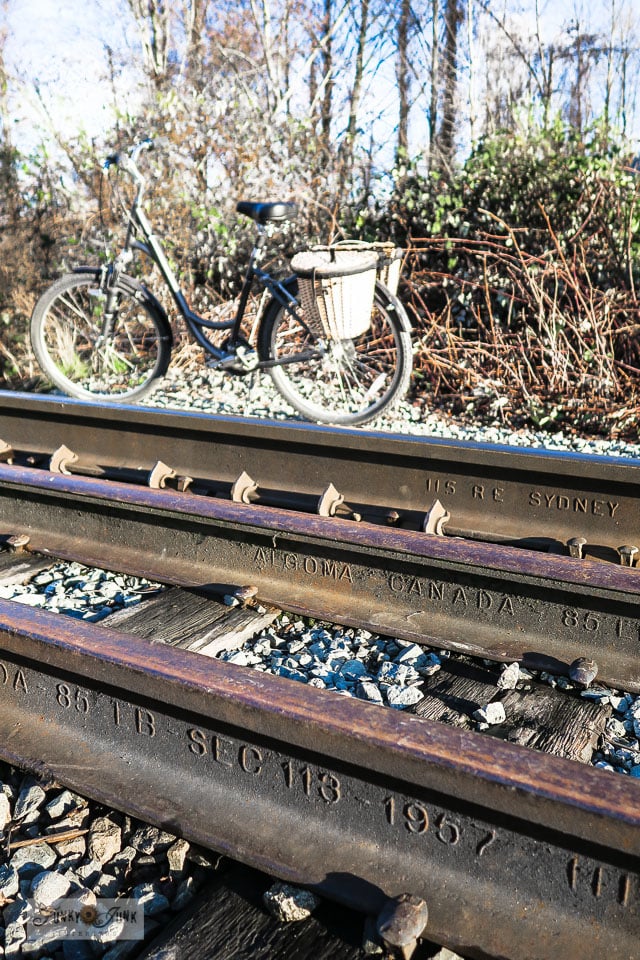 What made this the best 30 minute trail bike ride EVER!

I was once told of a story of someone that tended to wind down before quitting time at work. With only 30 more minutes to go, that person relaxed their efforts, knowing the end of the day would soon be here.

Then my friend described what ‘ 30 minutes’ meant to him, which was much different.

I smiled when I remembered this story. Because I heard myself JUST say much the same thing a moment ago. 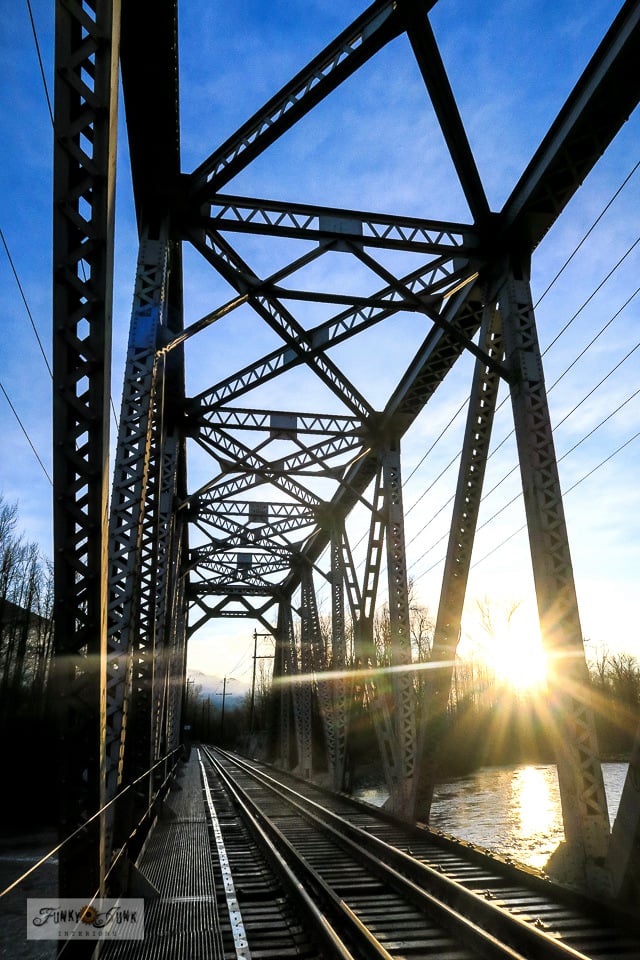 After a very long run of rain over several days along our BC’s west coast, the sun finally peeked out near the end of the day, which made me gasp. My internal bike ride clock was on high alert! Glancing at the time, the sun would be setting in 30 minutes. And I heard myself say out loud, “Of course there’s time to ride… there’s 30 whole minutes left!”

Yes, I hustled to get ready, because with 30 minutes, that isn’t a LOT of time in comparison to my usual trail rides of 2 hours +.

But I didn’t allow that to slow me down. I needed my Vedder River rotary trail ride fix because I was pining to feel happy.

It had been a rather pouty day. Something that particular day didn’t go as planned, but pretty sure all the rain lately played a big part in my usual good mood slipping a little. It was a challenge to remain upbeat and feel creative. I nearly caved, allowing myself an afternoon of slipping under the covers with a couple of cats and binge watching Netflix.

I know these moods come and go now, so I don’t get too worked up about not always being on top of the world… as long as I don’t stay there for too long!

But hey… good news… the lows have kept their distance! And with one of the gloomiest Januarys we’ve ever had out west, that is something! 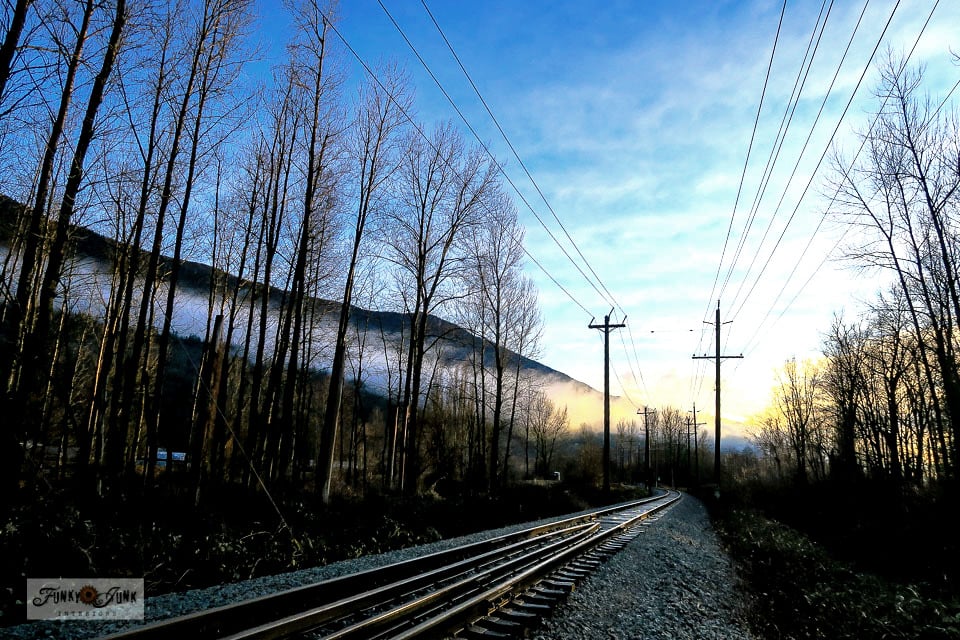 As you can see, the sky was deepening in tone with 30 minutes to spare of sunlight, but that’s ok! I still crossed the train bridge, and did a shorter version of my usual trail ride. 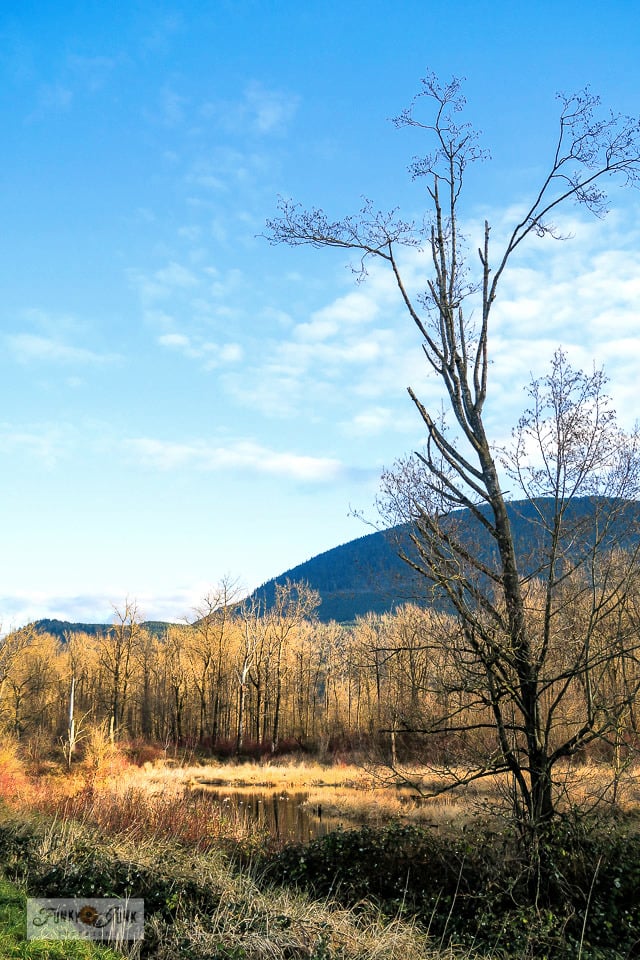 Oh my goodness… it was like such a breath of fresh air to just get OUT there again. At that moment, I didn’t care if it was 5 minutes. It was one of those days where EVERYTHING in sight felt so beautiful, because after all, the sun was out! Everything looks more vibrant and crisp with sunshine spilling all over it. 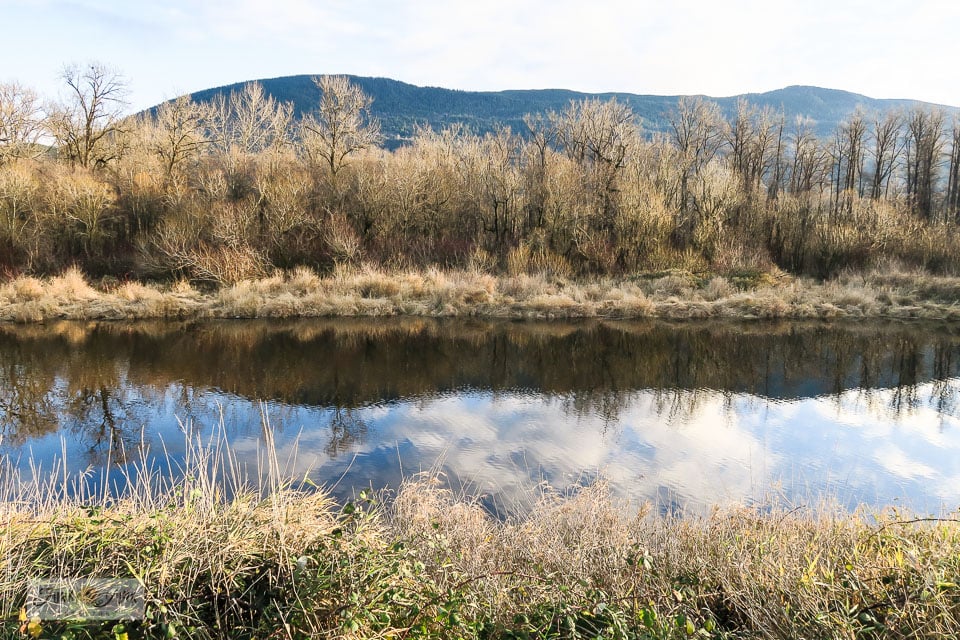 As I rode along the riverbanks with a gorgeous sweeping view of the wetlands, I could feel my frumpy mood start to shift. It was as if a big brooding dark hood was removed off my head, allowing the sunlight to hit me.

There is something absolutely magical about movement outdoors. The endorphins were hard at work, perking me up with every pedal movement made.

The crunch of the gravel provided the music, while the crisp cool air hitting my face offered the perfect wake-up call to step-it-up!

And I mean… the beauty surrounding me just dropped my jaw every step of the way. 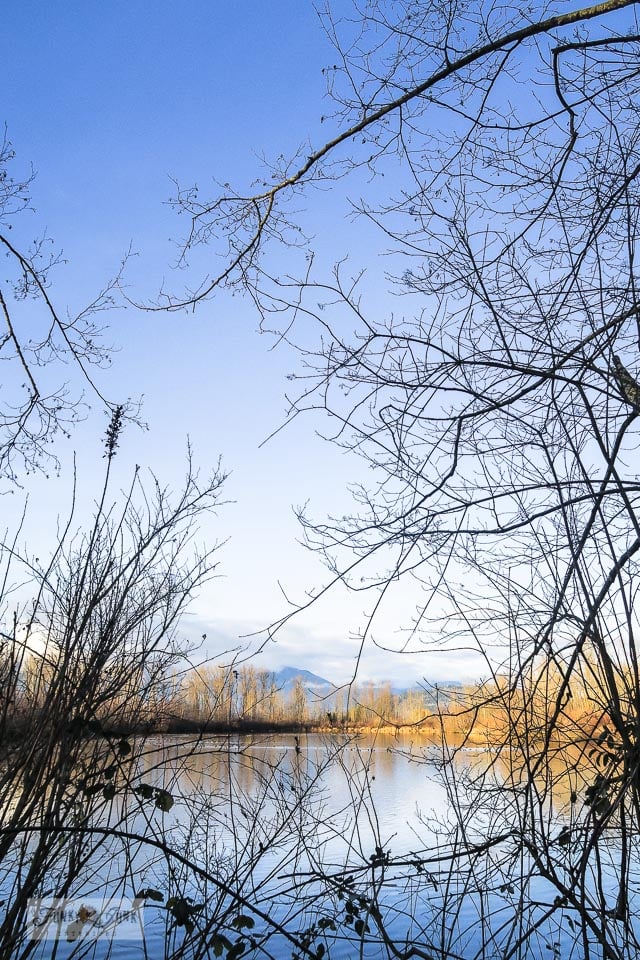 It was a spectacular ride. And I would have been more than happy as-is.

But as I reached the end of my ride and turned around to head home, I was greeted with what happened below… 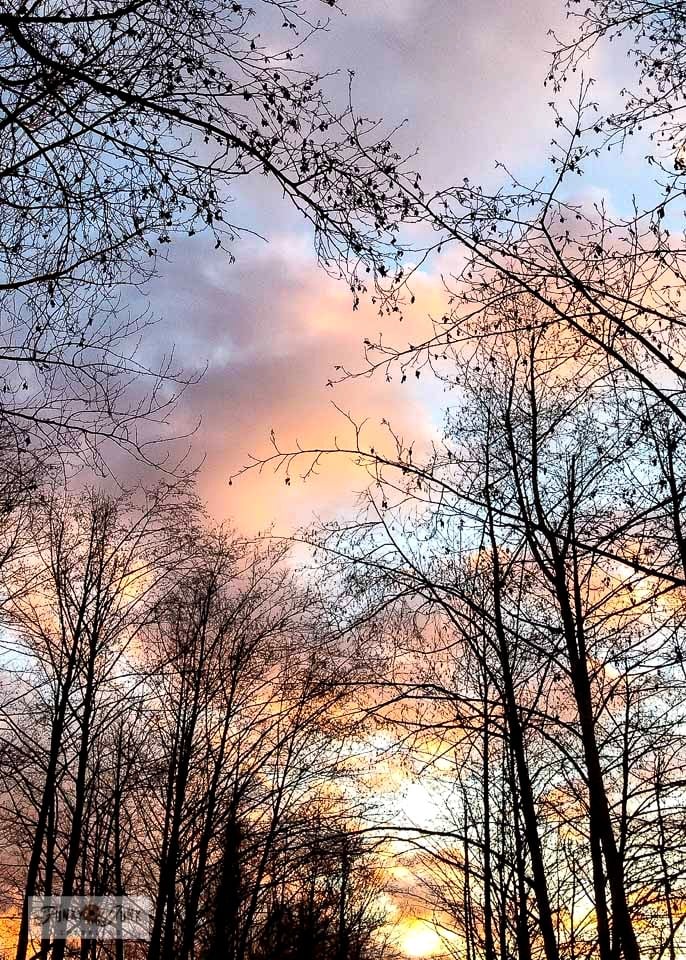 My jaw dropped as wide as it could. I wish these photos did the moment true justice.

Nature’s fireworks of pinks , mauves and yellows lit up the evening sky… without the noise.

It was as if the sky said,

“Good for you on making the effort! So here is your reward!” 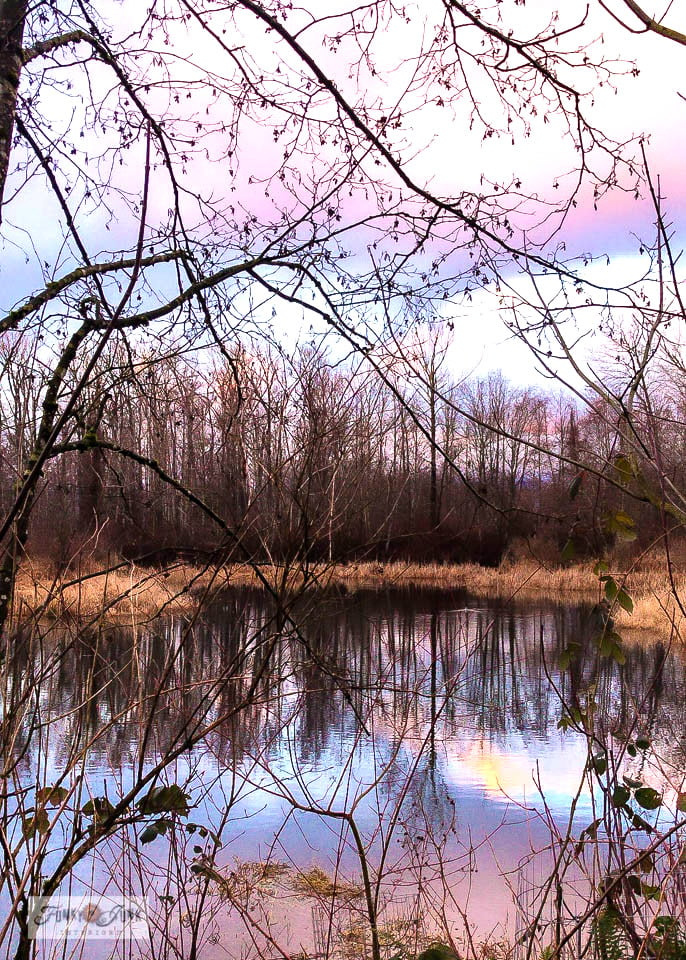 But it got better and better. With each passing second, the saturation continued to crank up.

The pastel turned vibrant sky doubled-up against the water’s reflection. 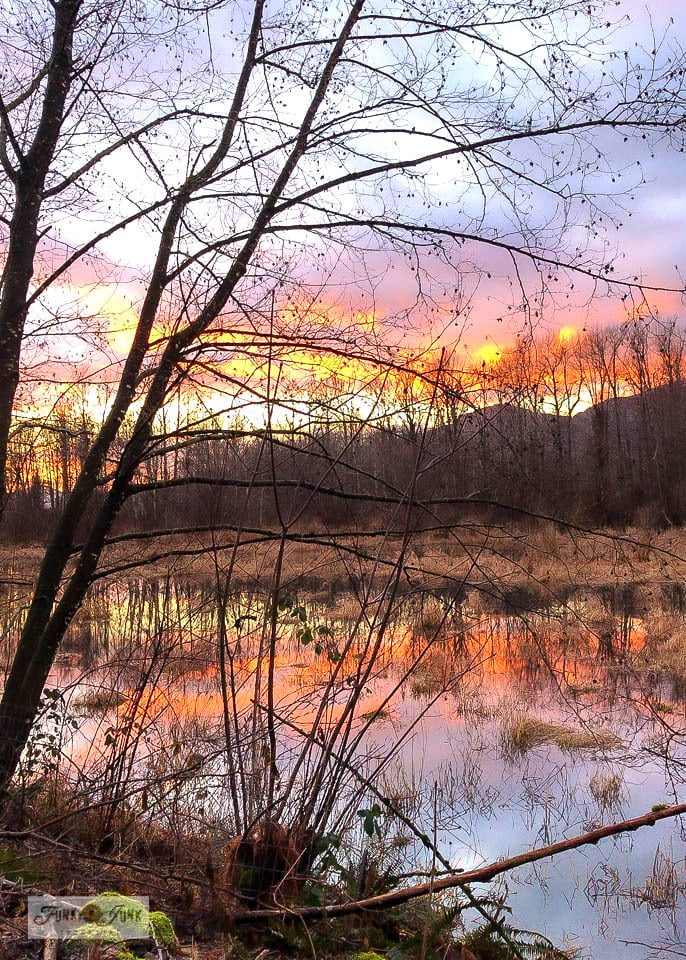 And then the grand finale really kicked in. The sky turned so vibrant, I lost all my thoughts and words.

How can you go from such a blue-grey day to one leaving you in total disbelief of how lucky you are to be alive in that place right at that time?

I didn’t want to leave. So I just stood there to take it all in as long as I could.

Do you remember my post about how I try and make a given day count HERE?

Trust me when I say, this best 30 minute trail bike ride EVER alone made this day count!

So my message is this.

You may have an off day and that too is perfectly ok.

But I will never forget this moment. That day I was feeling so bad, I had to force myself out the door in hopes to improve my mood about 1 notch. But then it just got better and better and ended with a BANG.

Just goes to show, it’s never too late to have a good day. Especially when there’s 30 whole minutes to go!


.
Click above to watch a short video of the ride… I think it captures the true essence of the moment moreso!

Do you have a similar powerful story? I’d love to hear it! 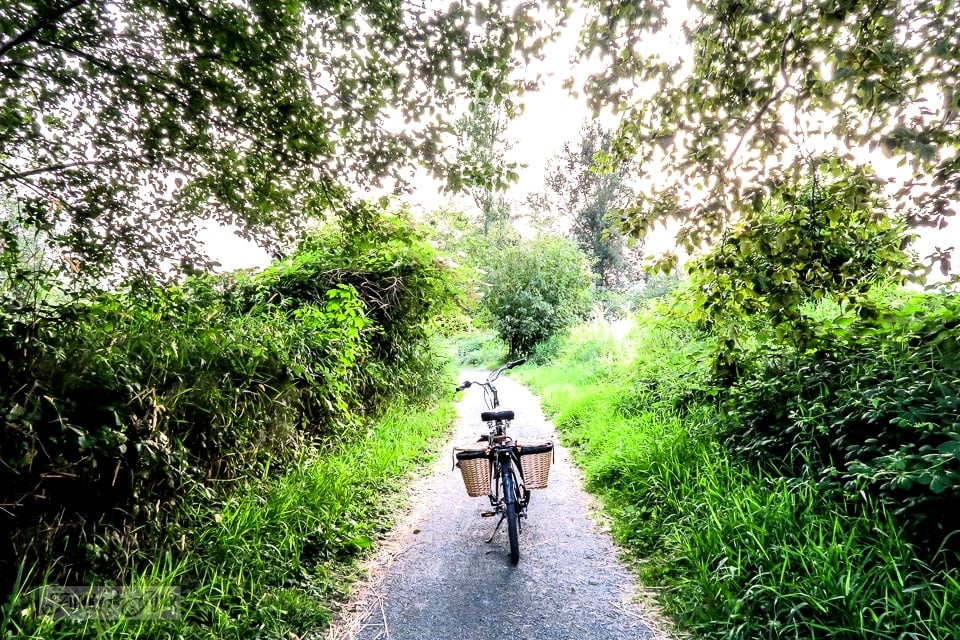 Read many more trail stories and where the trails are HERE 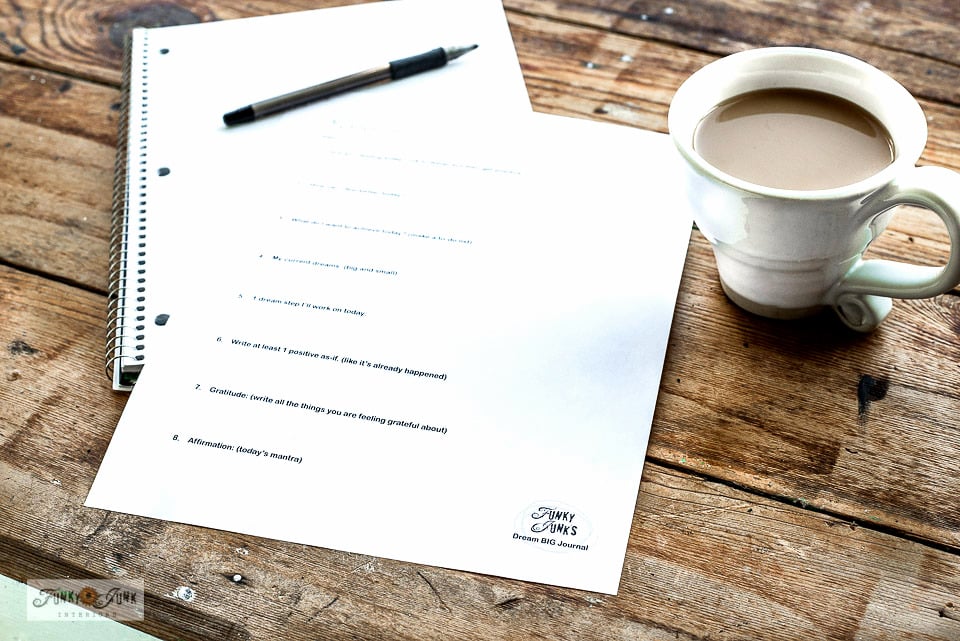 10 thoughts on “What made this the best 30 minute trail bike ride EVER!”