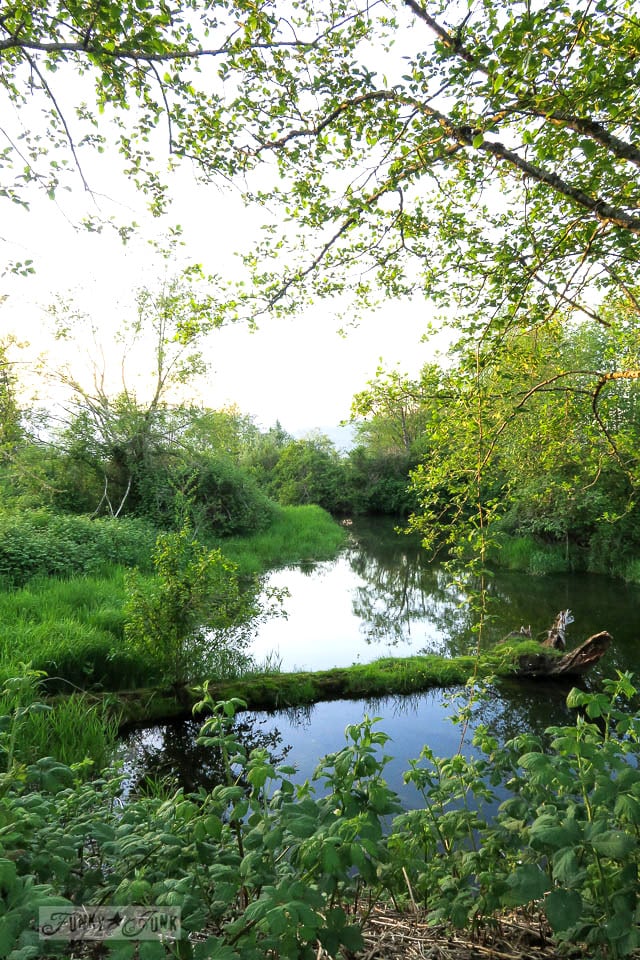 On the exercise front, I’ve still been walking or biking rain or shine daily.

Actually, I took two days off recently. One because I went on a 2 hour bike ride the day before that totally did me in, and two, because I decided to stay home one evening and pressure wash the front driveway instead, which also promptly did me in.

How in the world can pressure washing be hard? I mean, you just STAND there and hit everything inch by inch. But it is hard after hours of it. For me anyway.

Regardless, the sun has officially broke out lately, and we are having those hot summer nights, and you can BET my bike came out tonight, no matter what!

And am I ever glad I made the effort. What came next had my jaw hanging open. 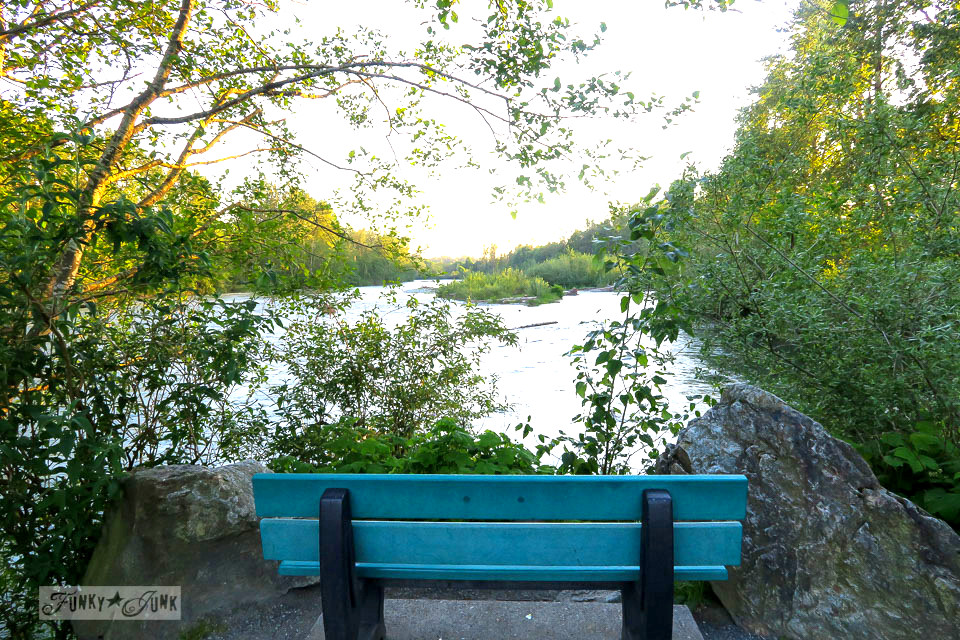 I’ve been doing something different lately. Because one foot is giving me some grief when I walk a lot, I’ve jumped back on the bike moreso, but this time, I’m pushing myself.

I’ve always called myself a lazy bike rider. I coast, stop, take pictures, and coast some more. Not much of a work out…

But we all have to start somewhere, and I was pretty much at the bottom.

So lately, I’ve been pushing myself to sweat. I’ve even changed my attire so I don’t mind sweating!

That makes a difference. I use to try NOT to sweat. How dumb is that?

I also threw on some clear safety glasses, since the bugs are out in full force. And since I don’t own sunglasses (the darkness bugs me), well, I looked like a woodworker on a bike I suppose. 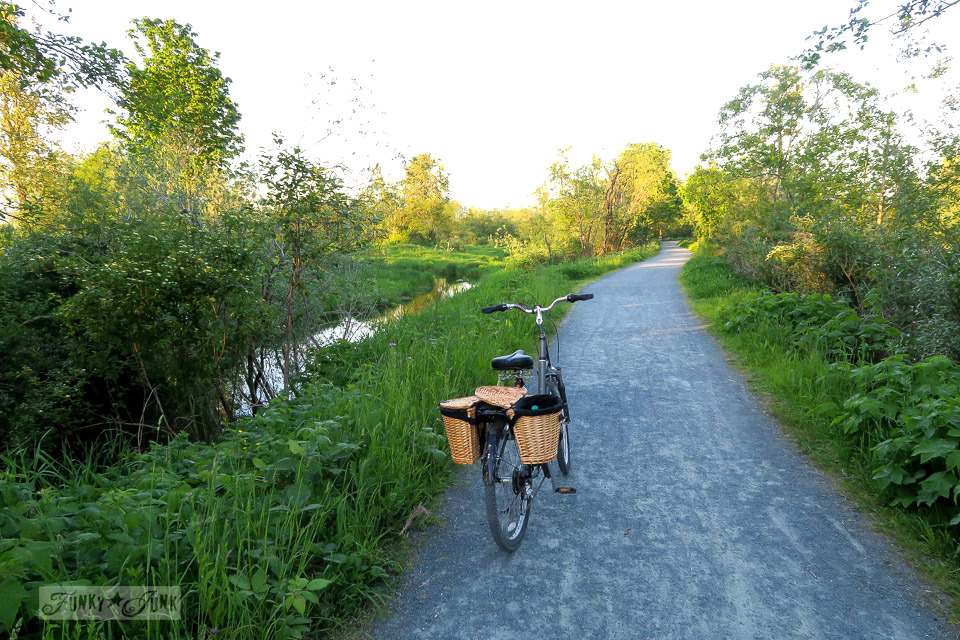 Because of my increased endurance, things are changing. I do feel stronger and leaner, although I don’t think I am leaner. I just feel like it. Strength makes you carry yourself differently, which can change your appearance as well. I’ll take anything I can get!

I can also now bike further. I had no idea how many walking and bike trails we had out here. Crazy. But they keep going. Twisting and turning along the river, running into forests and wetlands. It’s amazing!

So today, because of pushing myself just a little more, I cut new ground.

And landed in what I deem the Garden of Eden bike ride. Oh my goodness… 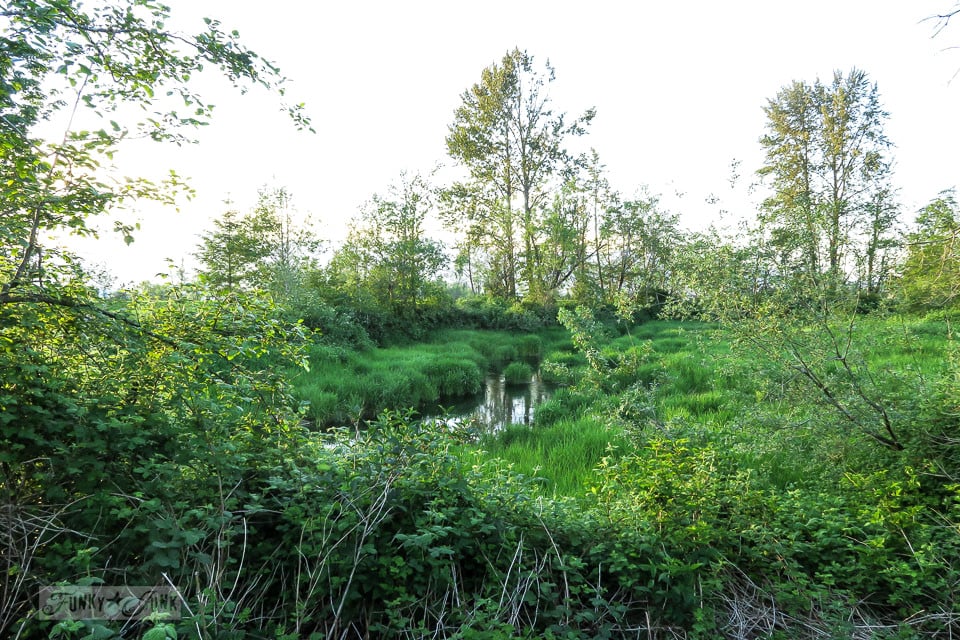 It’s a unique territory. These wetlands run along the river, so there’s a little of both.

Today I found so many private tranquil mini beaches with barely a trickle of water to be heard. 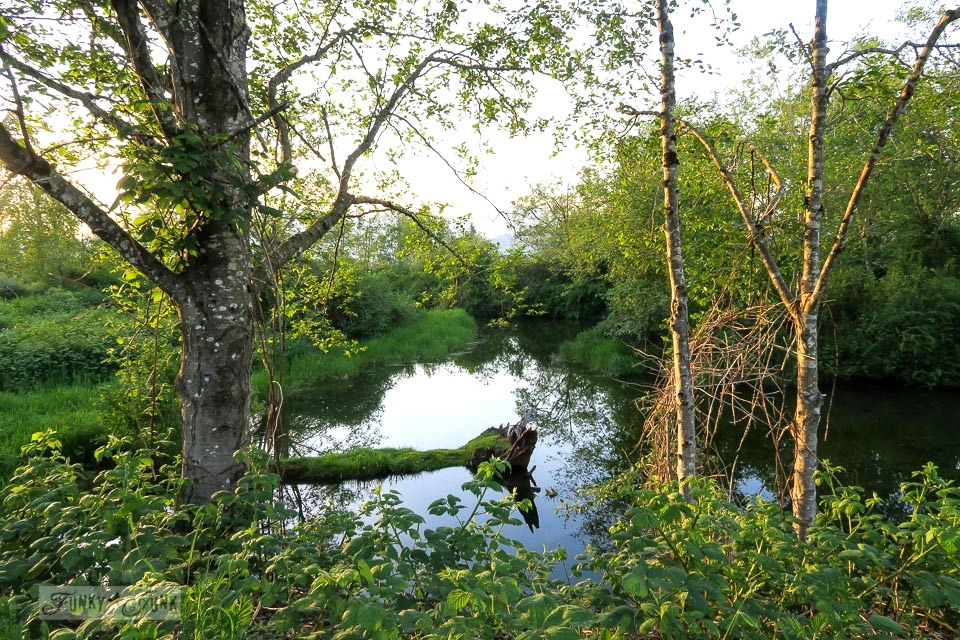 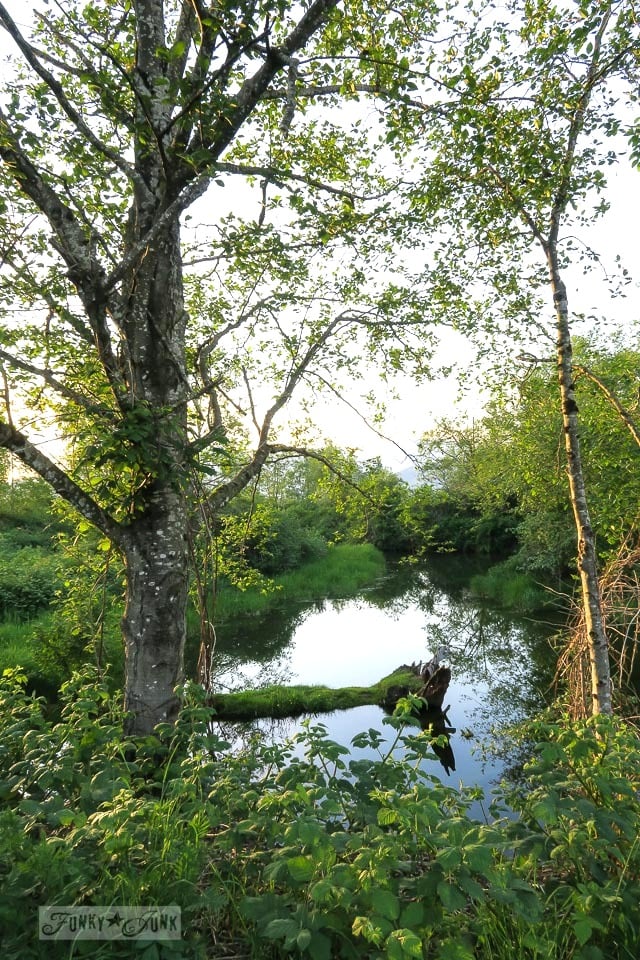 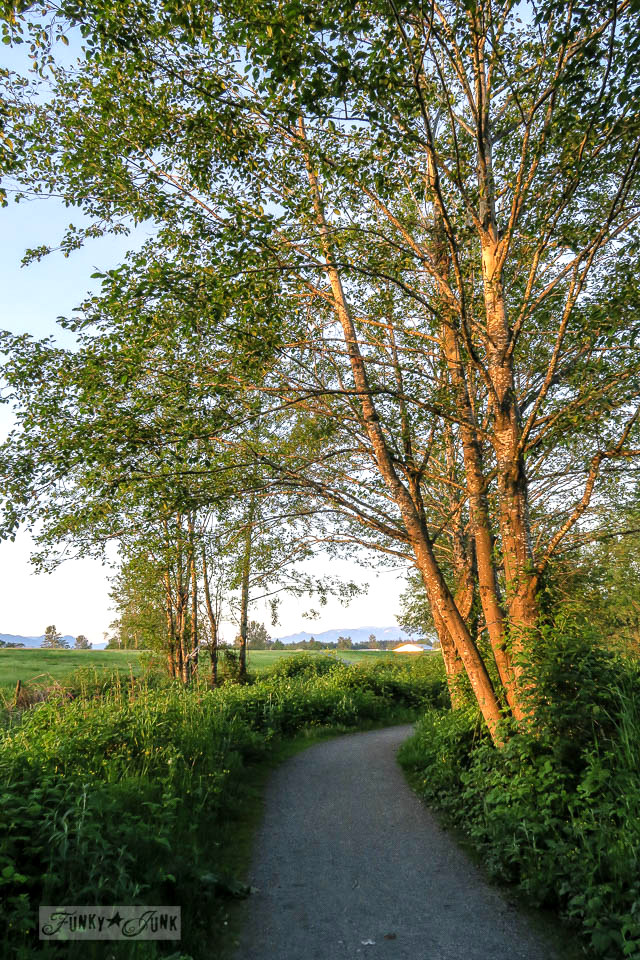 The foreground in the above shot is basically where my childhood farm resides. So all this beauty edges along the country. 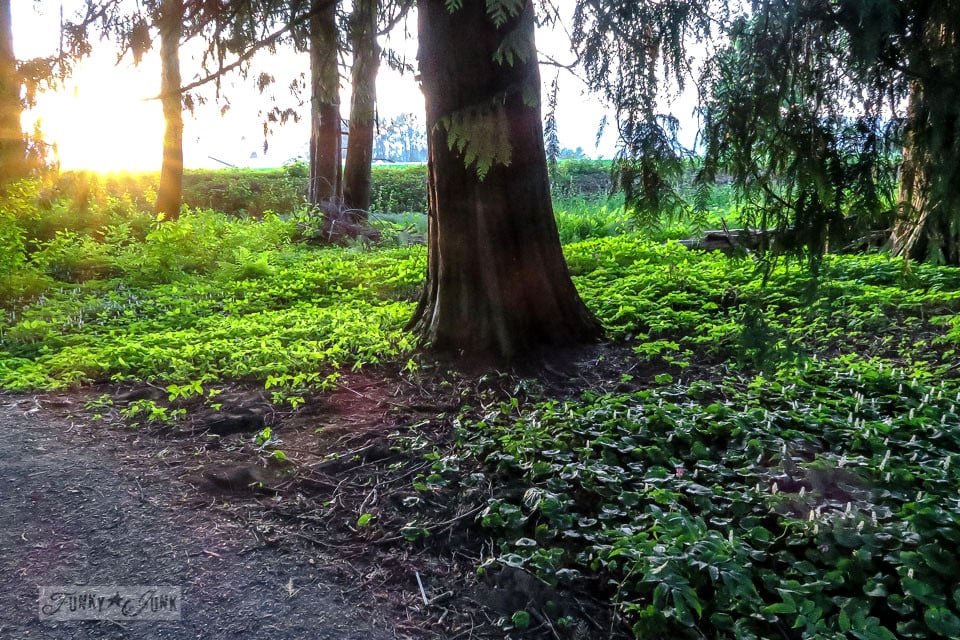 This shot does not capture what I experienced at all, so I’ll try to explain what I saw.

When the sun was setting, it was like the evening glow electrified the ground cover,turning it into glow in the dark neon.

It was stunning! It was Narnia. Or Avatar. Or something. 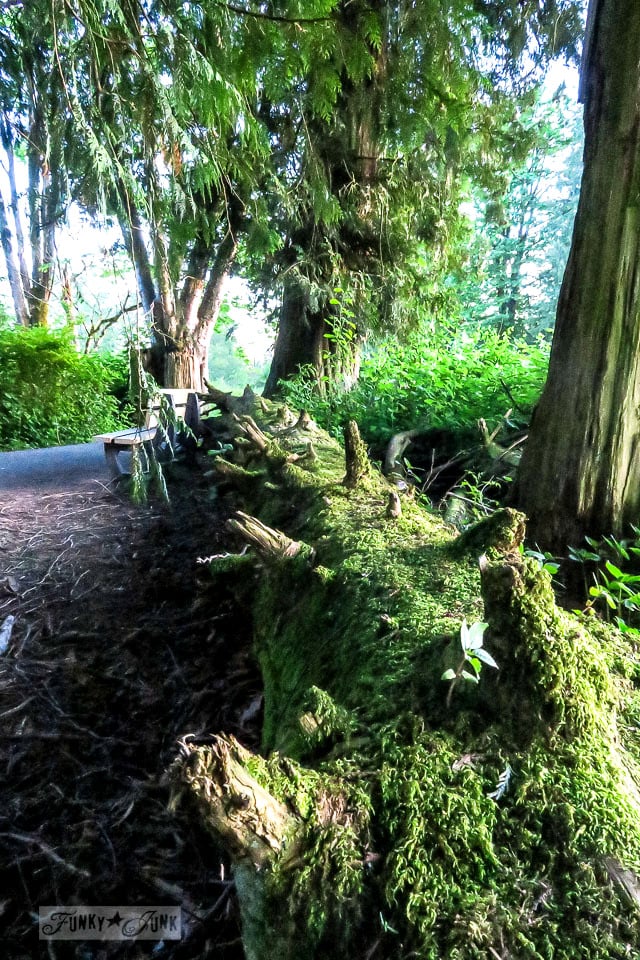 After discovering this new trail, I rode it 4 times!

Back and forth. Those poor people with that dog… I don’t even wanna know what they were thinking. 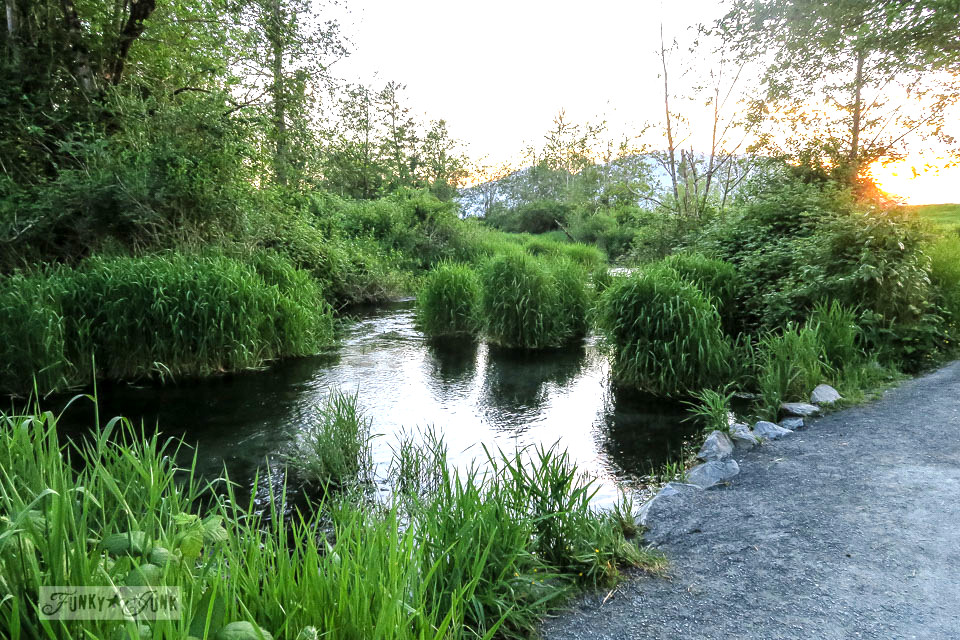 I never knew clumps of grass could look so gorgeous in water. It looks like something you’d see in some far off land. BC, you’re kinda beautiful!

And there are other beautiful things to report. During my last therapy session, I was given ‘a gold star’. Wow. 🙂

You know how when you work at something so very long, but nothing ever seems to change? Sometimes you just have to keep trying when something is new, because…well, it’s all new.

But when I started noting repeat performances, that’s when I upped my boundary territory.

I guess I can be a real mush ball at times, because I’d rather rock in my chair and recite, “Everything will be just fine…”, hoping the bad stuff stays away.

I mean, if it works, great! Until it doesn’t any longer.

Standing up to your boundaries is not for the faint of heart. But if you don’t, who will?

Call it tough love. Or drawing a line in the sand. We all know inside what feels right to us and what doesn’t. So that’s the part you have to put to the test.

It’s actually ok if someone gets angry with us. That’s the part I was always trying to avoid.

So anyway, confirming what my boundaries even were was really important. Then being vocal about them even moreso. That sets sound structure into place, so no one is guessing any longer.

This may all sound kinda obvious, but it can be a lot harder than it seems, due to certain circumstances one may have to deal with.

Life can just be messy. 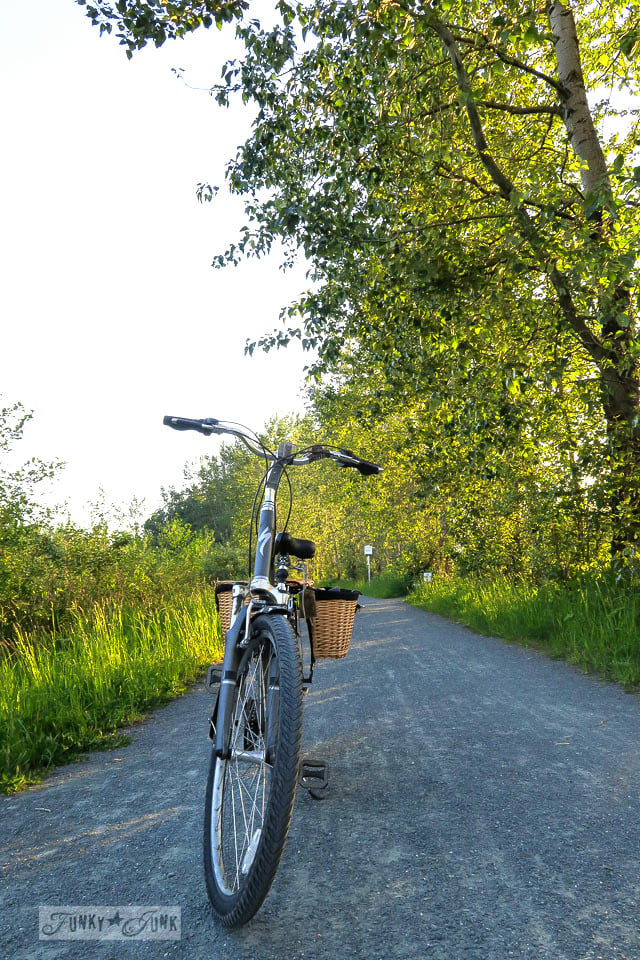 However, thanks to my newfound endurance, the Garden of Eden bike trail can make it more beautiful in about 15 minutes…
.

You can check out more pretty Bike Ride Adventures HERE

and a little more Therapy 101 HERE

20 thoughts on “The Garden of Eden bike ride, and on setting boundaries”