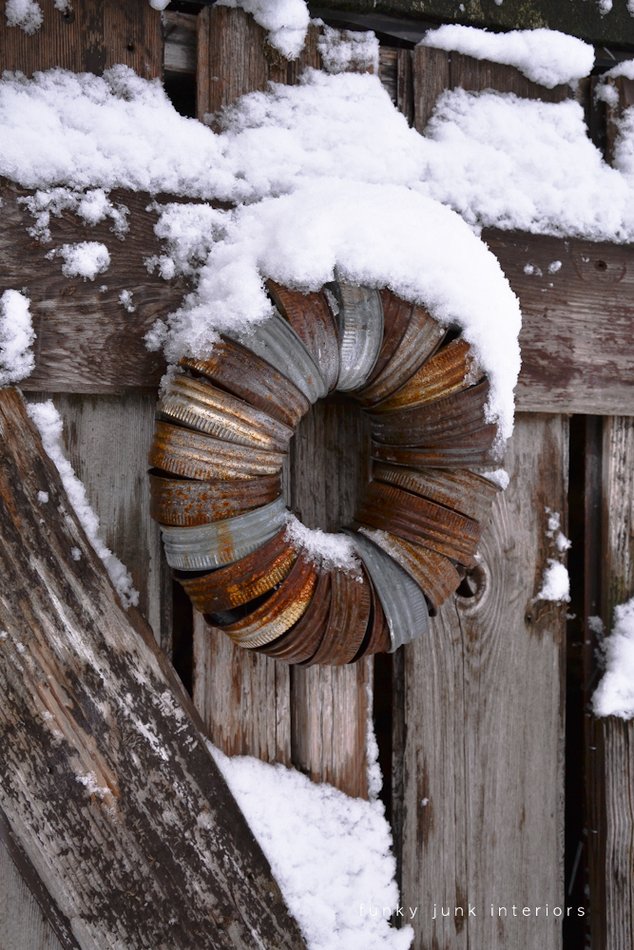 Today I decided to bake cookies. Did you know there’s only one thing that puts me in the mood for baking cookies? Can you guess what it is? 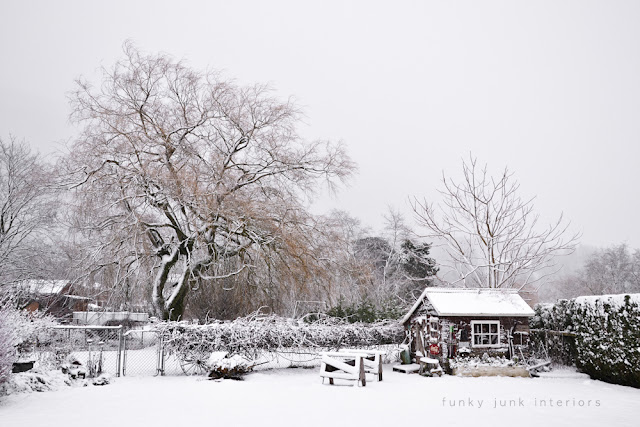 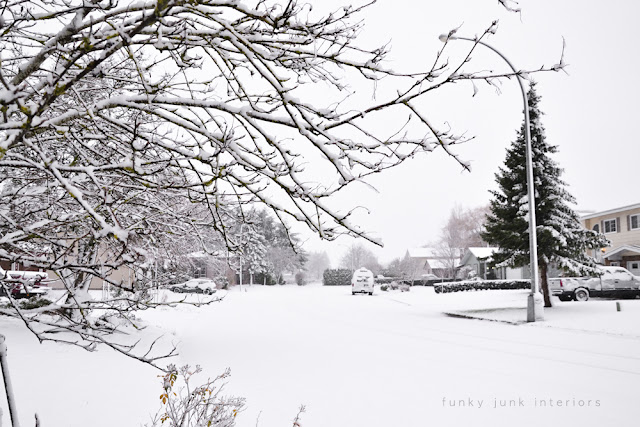 It was our first real dump this year. And being that it was coming down super heavy, I knew it wouldn’t last long.

Debating if I should hang tough and wait for my son to come home before venturing out for a walk, I decided the snow may not last even that long. So the oven got flicked off, and I ran out in full blizzard gear with my camera tucked snugly under my jacket. 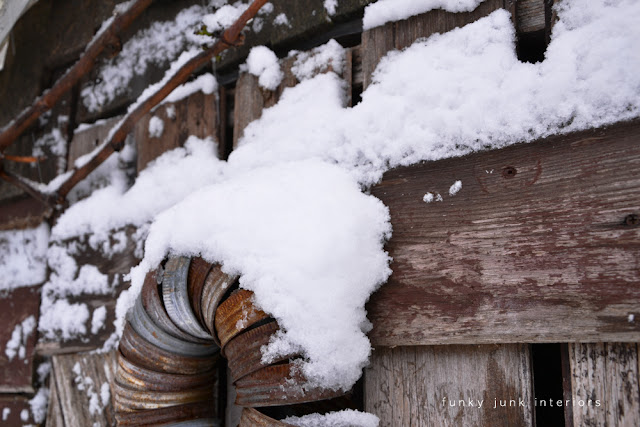 I suppose my love for snow stems from my childhood. Back on the farm, we had pretty magnificent drifts higher than the barn itself. The roads would narrow so tight that the milk truck couldn’t make it through, forcing dad to dump the milk so he had room in the tanks for the next round. 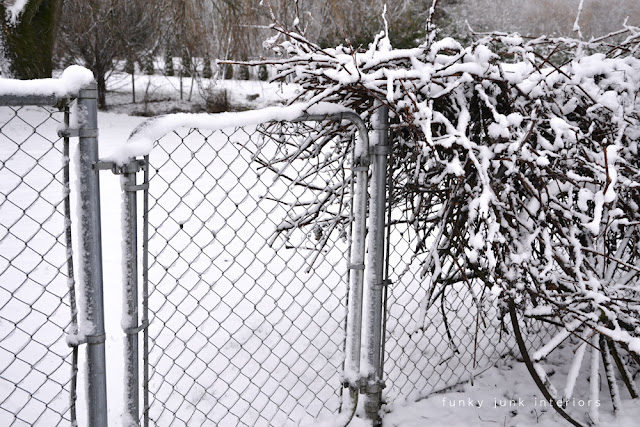 But that was never a worry for us kids. All we cared about were those massive crunchy drifts that created a slope so high, you could step right up onto the barn roof. Then proceed to fall through some hole, catching you about waist deep, so your brother could taunt you endlessly. 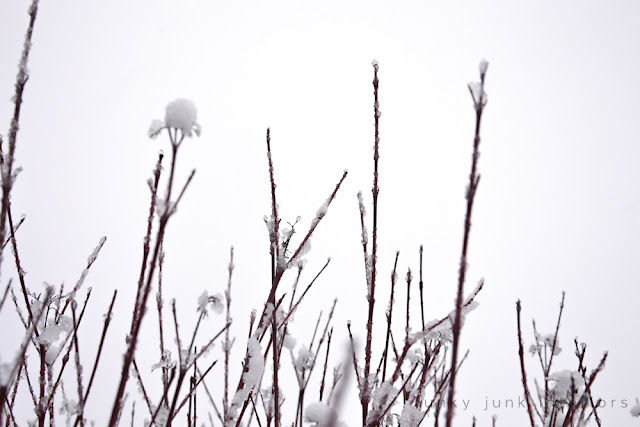 We also had this massive circular driveway, so every night we’d hook up the toboggans to either the back of the tractor or truck, and dad would tow us ’round and ’round that circle until our faces could handle the snow drifting stings no more. 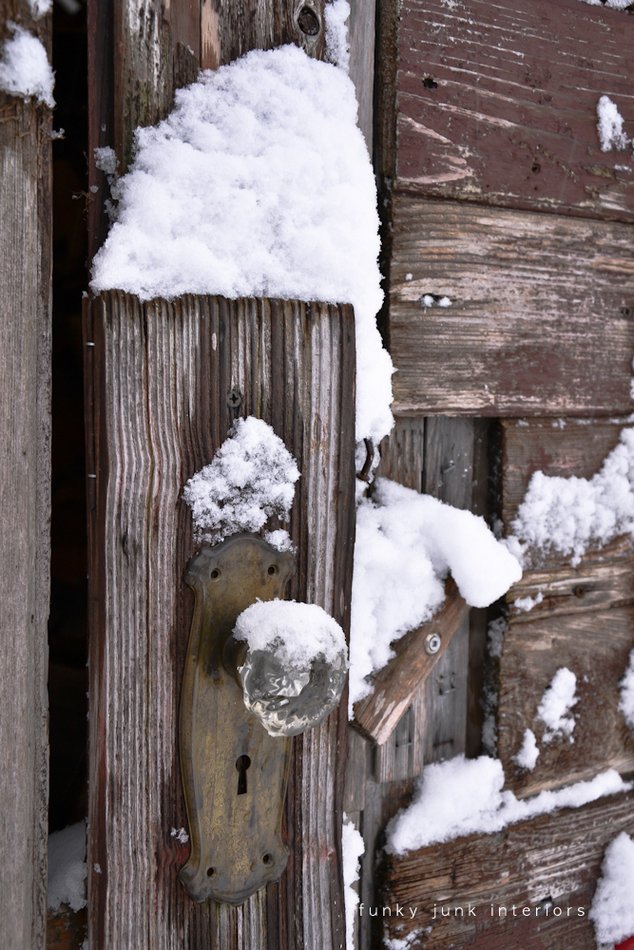 After I grew up and moved on in life, I didn’t have a big huge driveway like that, so we took our sleigh act on the road. We are talking towing a toboggan behind a truck down a deserted country road with not another human life form in sight.

And who comes cruising by with flashing lights to offer us a free ticket if we didn’t stop? Yep, busted. 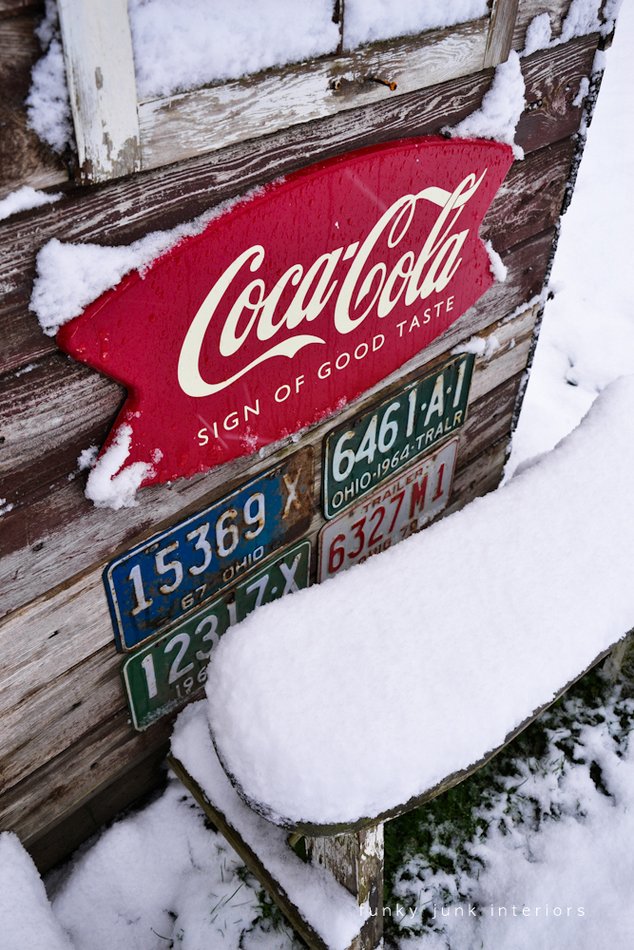 That’s ok. We had neighbour Pete for excitement.

Pete, Jocelyn and family use to come by with their horse hooked up to the big wooden sleigh every Christmas eve to deliver cards to the neighbourhood. Now that was cool! One time Pete came winding down our driveway in full sleigh hookup mode on his own, then asked me if I’d like a ride down the road. Heck, yeah!

Pete was a bit of a daredevil. He laughed at the face of danger (or what I saw it as) so remember that as I tell you this next part. We’re careening down the long stretch of straight road with a very young peppy horse at the wheel, when I noticed Pete was having a little bit of trouble keeping the horse running in a straight line.

I didn’t really worry about it, until I realized we weren’t about to stop anytime soon. We were in fact picking up speed. And swerves.

“Uh, Pete… are you breaking in this horse on this sleigh for the first time… today? Like, with ME in it?! As in… NOW?!”

Saying a quick prayer, we skid along steep deep ditch edges, but somehow miraculously ended up in my driveway. My white knuckled grip was still in clutch mode as I eased my shaking legs out of the sleigh and bid cya later. Brave guys like Pete? They don’t come along every day. He was such a trip! 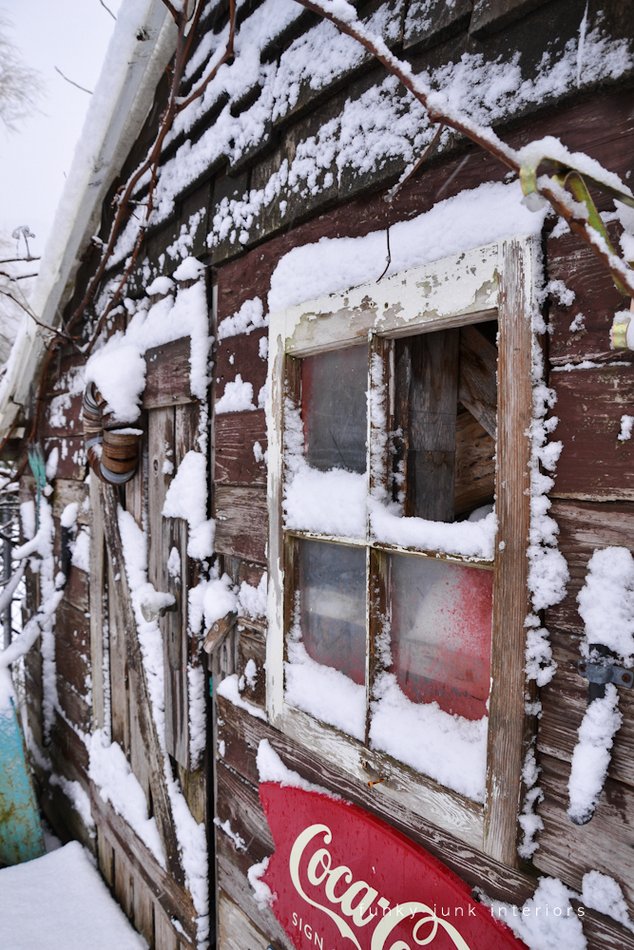 Oh! And then there was that time we had that white out for days on end…

The winds and drifting snow were so extreme, we had to tie a rope from the barn to the house, so we could find our way to feed the livestock. The horse’s water kept freezing so we picked up this heater contraption you slipped into the water.

It worked great! As long as we had power. Once we lost that, we were carrying buckets of water through waste deep blowing snow, gripping that rope for dear life.

Walking out of the house was like walking into some dark vacuum cleaner in the freezer department. You simply couldn’t see a thing, reminding you just how dangerous the conditions were. But exciting and fairly short lived all the same. Those days you just made sure you had food and firewood stocked up at the first whisper of ‘wind’ and ‘possibility of snowfall’. 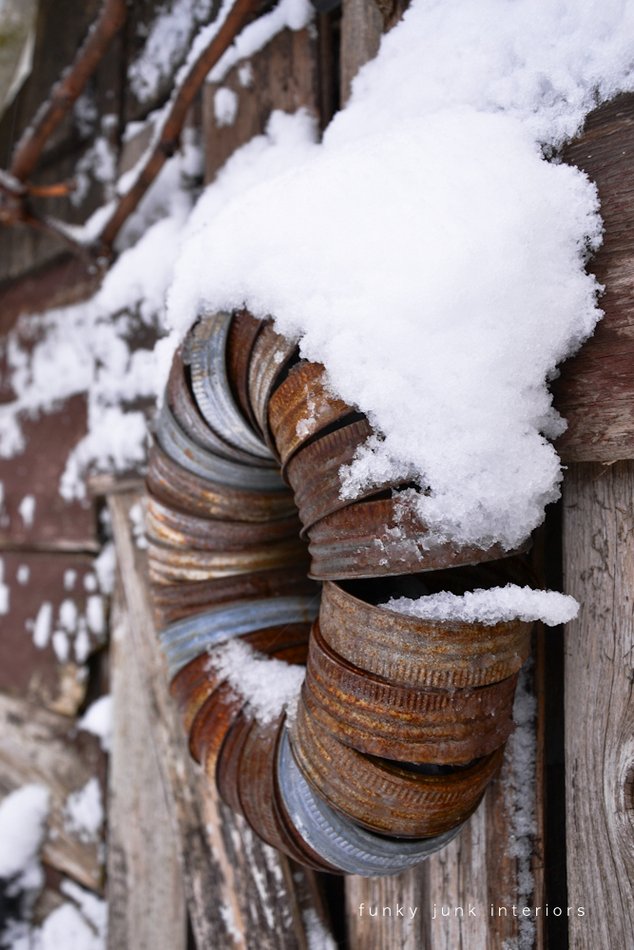 Fast forward to my son at a very young age, every time it snowed seemed to be at night when it was bedtime. But since my son adored the white stuff as much as I did, on a snow night, the regular schedule was OFF. We’d throw on our snow gear and head under the big yard light so we could play to our heart’s content, as long as we could hold up. 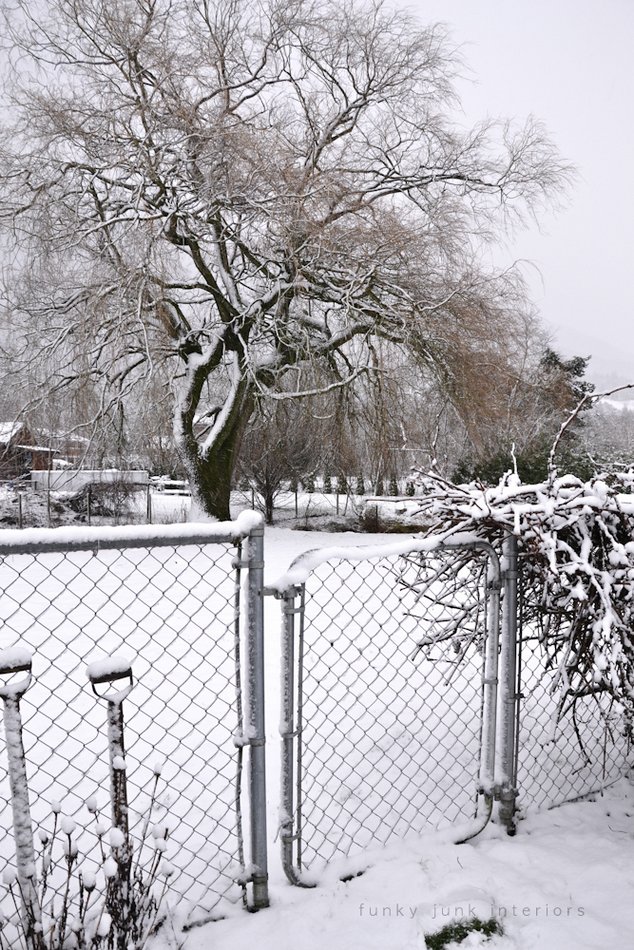 Snow by day is pretty, and fun! But snow by night is wicked cool. 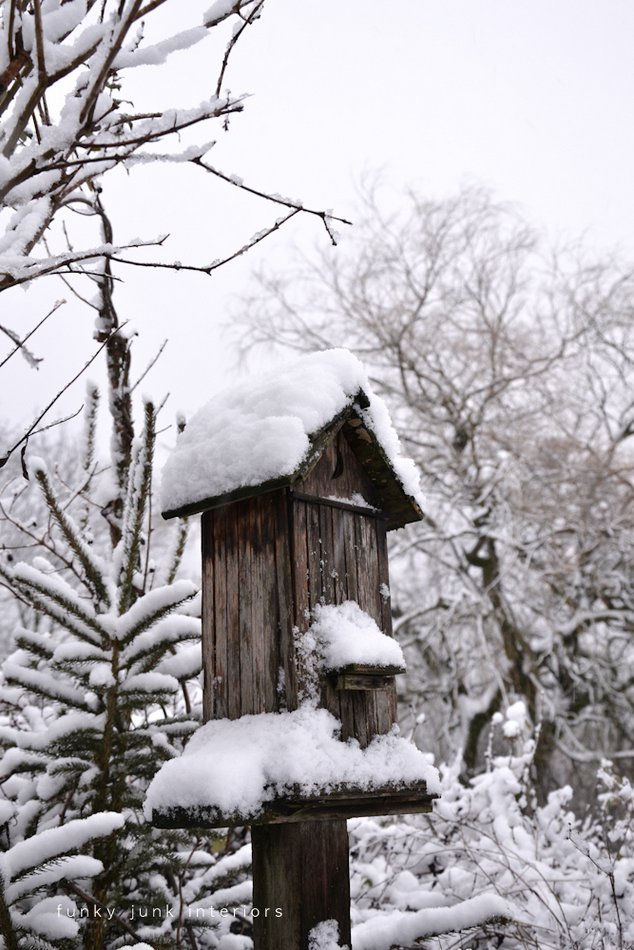 Every snow creature you made looked a little eerie and misleading. You thought you were creating these magnificent sculptures. We made a horse one year that was big enough for my son to sit on. My, we thought we were outstandingly amazing. 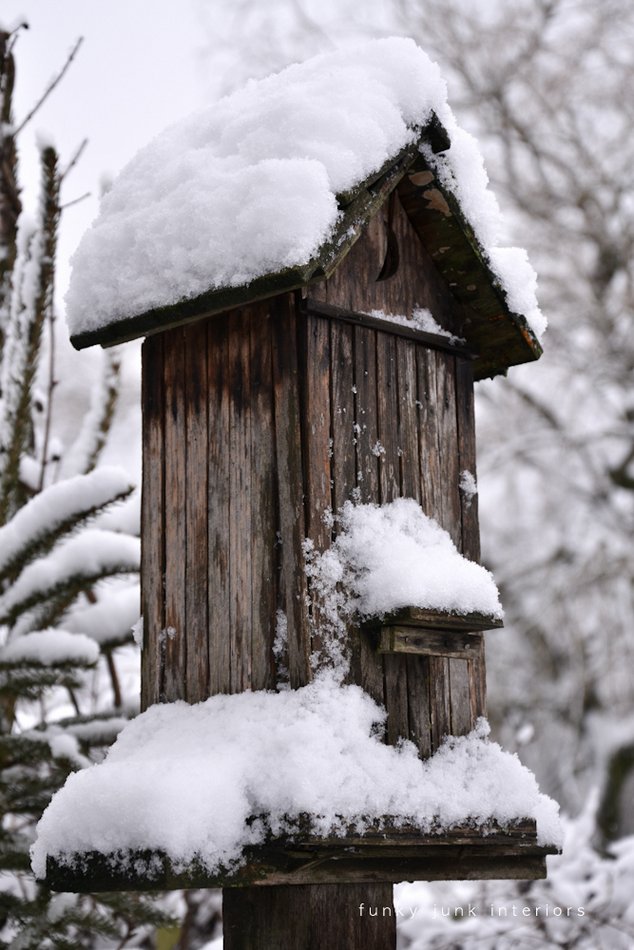 Until the next day. It resembled some… something that didn’t have a name. It was pretty ugly, but apparently still so very much fun to ride… and that’s all that mattered.

So today, when my son came home from school, it was already raining, just as scheduled. But that’s ok. I have plenty of memories stocked up to last me until we get a REAL dump that lasts for more than 4 hours.

Back in the day, a snowstorm meant we’d need a snowplough to save our lives. Today?  The snow shovel never made it outside. Now that’s a memory I don’t care to build on anytime soon! 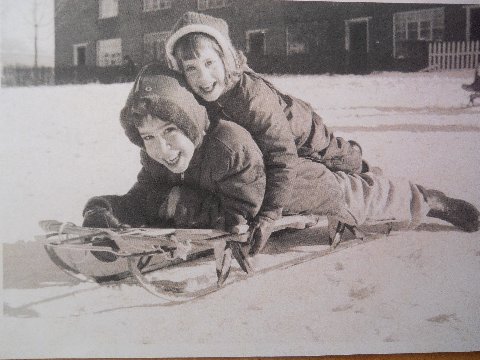 Sweet photo sent in by reader ‘Winthrop Audrey’, inspired by the post today! Love it! Her story:

I grew up in NYC  (actually just outside, in one of the burroughs) so we had some grass to play on summers days and a slight hill for sleigh ride winters (not anything like yours!) But I too have a precious memory of my brother who is 4 yrs older smashing down a hill so we could ride. It took him 3 hours and a very wet snow suit! ( Gosh we hated those things LOL) Oh ya your son will thank you years later for some great memories too!:) 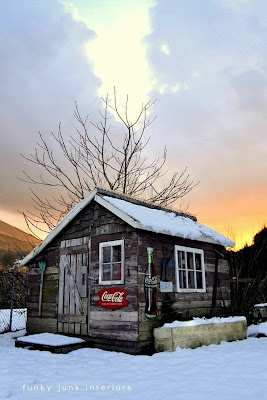 How to decorate with garden shed ideas for Christmas and beyond!
Snow memories while meandering the snowy bike trails by foot
A bike ride in the snow... and 4 brave things.
Bike softly and carry a big stick. If you're lucky.
The epic winter my wish came true
A surprise rustic shed snow day
Facebook Pinterest Twitter Instagram RSS