Now that I’m home from my most recent adventures, I have been mulling over what to start working on next. I had thoughts of maybe firing up my dream workshop again.

But after quickly building for Crafty Affaire, then dumping my unsold stuff off, then heading to Toronto, then going on that weekend cabin getaway thing, well… I needed another vacation just THINKING about going there. The garage was one hot mess. 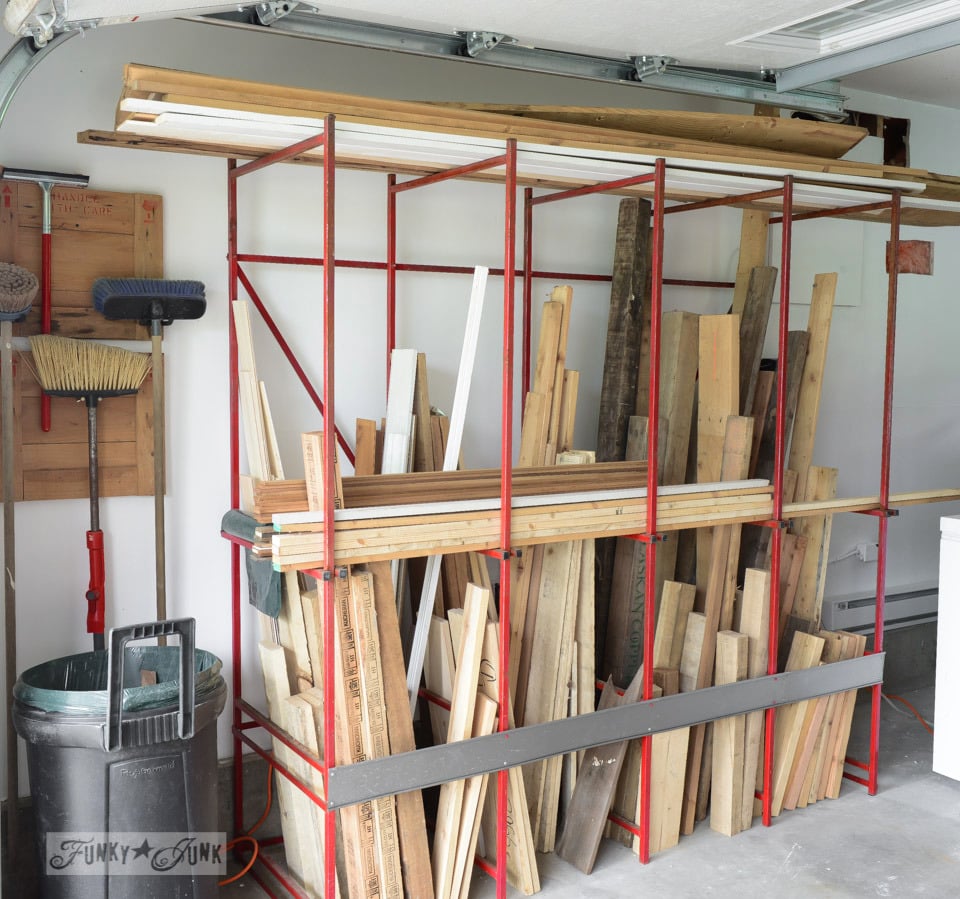 The wood storage looked good so far! But… I’d need tables. That would require some planning and spending, since I don’t have the right size reclaimed wood on hand.

Too bad there weren’t just these tables on the curb or something…. 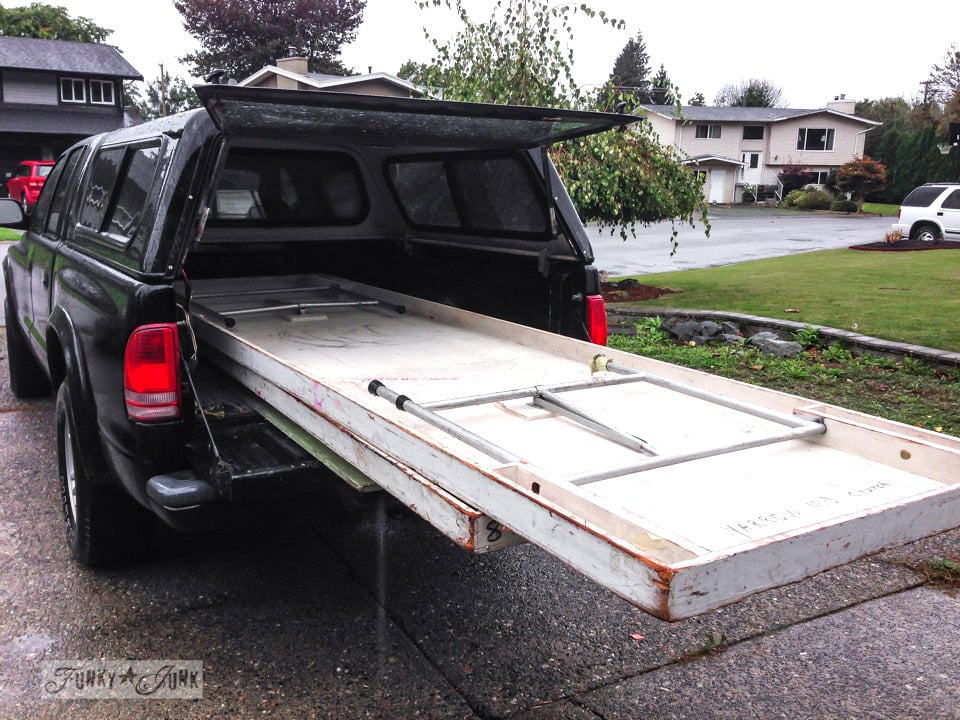 Be careful what you wish for I say… can you believe this?!

Can you guess the sizes of the THREE tables that were found?

Read above. Within inches.

And wood topped to boot!

Well, I spotted those tables on the curb flying out to an appointment but didn’t even have time to take a picture of them standing there. And they were too big to take with me.

Then friend Vic, who happened to be there, approached me and told me he’d put my name on them.

And off I went, giddy and biting my nails the entire way there and back.

Three hours later, the tables were there. YES! But no one to help me load.

And then neighbour Jake rode by on his bike… Frantically rolling down my window, “JAKE!!!!” And he rode right over and helped me load up. 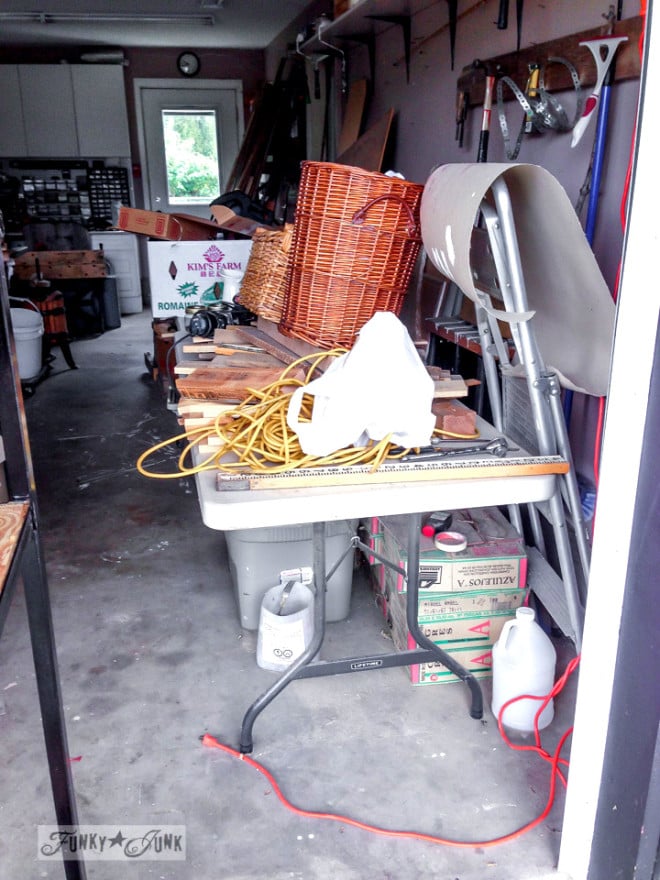 I had anticipated leaving the tables outside with the metal rack I just found because of (heh) lack of room, but it was raining. Maybe I’d just set one up inside to, you know, get it out of the rain. Until I could do the garage right of course.

Off I went to clean… 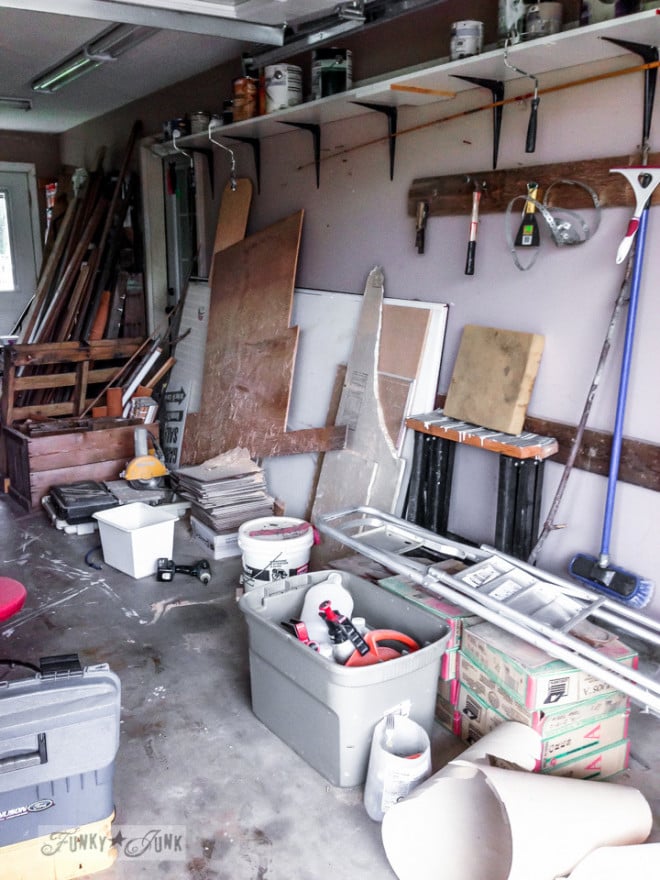 So instead, I started tossing stuff out and gave another friend Dan a call.

“Need any of this stuff?” 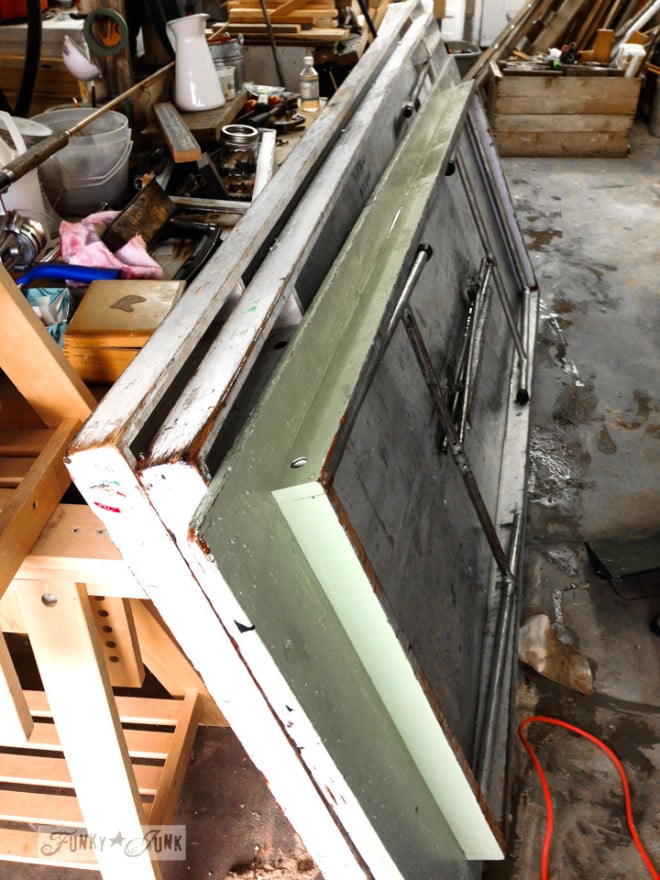 Only then was I able to get the now very wet tables inside to dry. 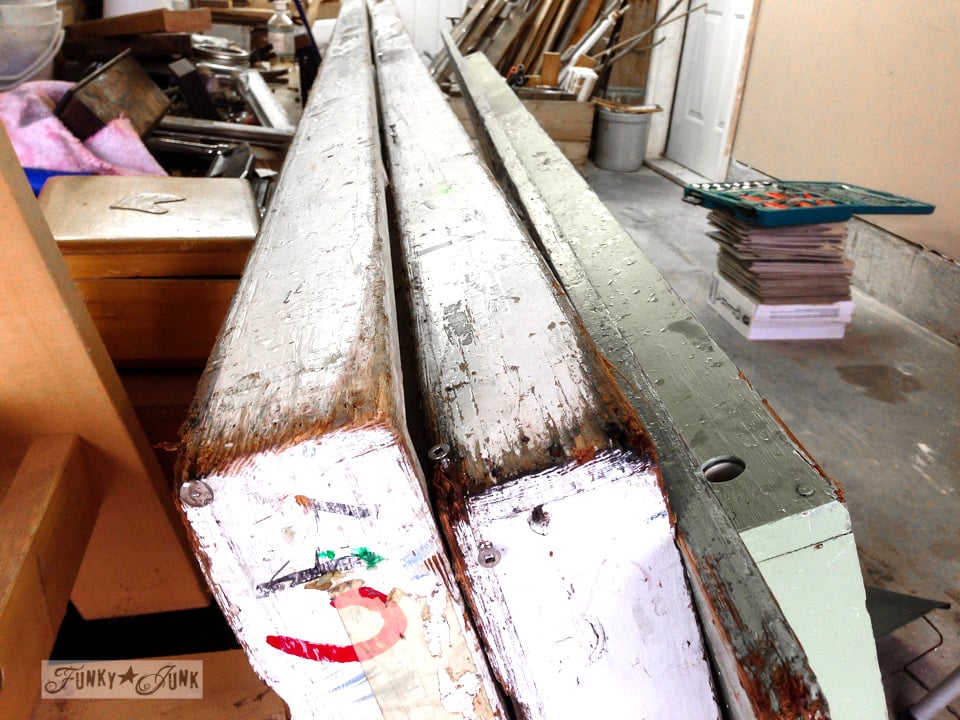 I’m just over the moon FLOORED I found the right wood topped tables. This doesn’t just happen! Does it?!

Ready to open one up… 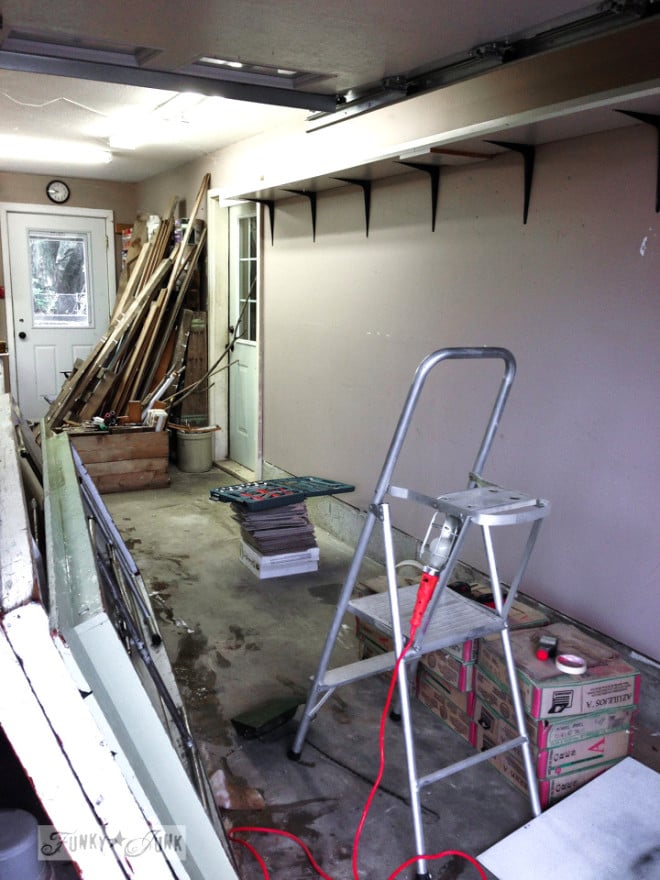 I decided this was a REALLY good time to maybe remove that shelving and paint the wall instead.

Gee… maybe I should continue the workshop project… YA THINK?!?!

All 2014 Dream Workshop entires are HERE