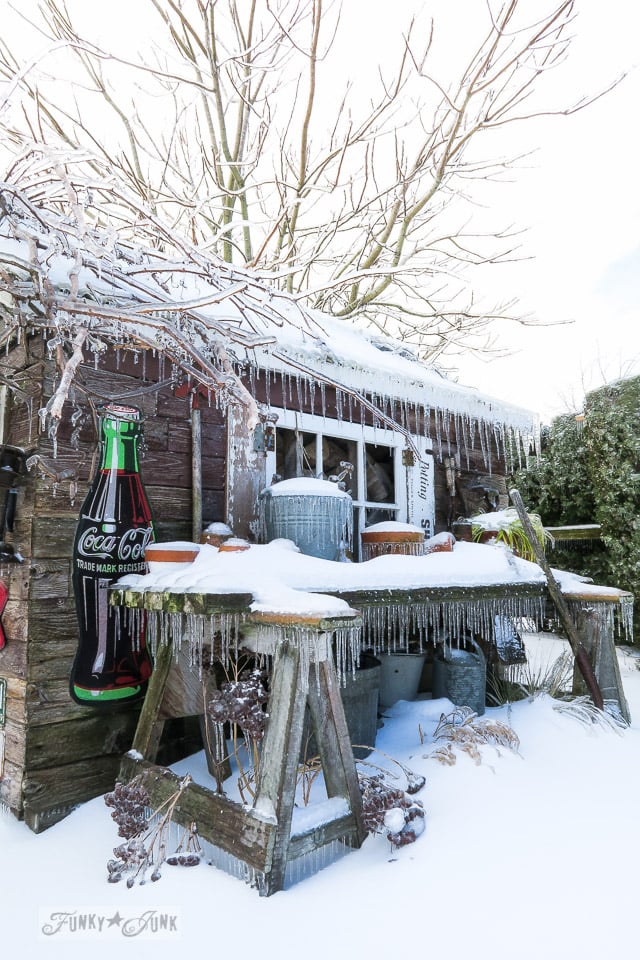 And what a new year it has been in our neck of the woods. We were hit with a major ice storm right after Christmas, and it’s been cold enough to hold onto those temps and most of the ice. 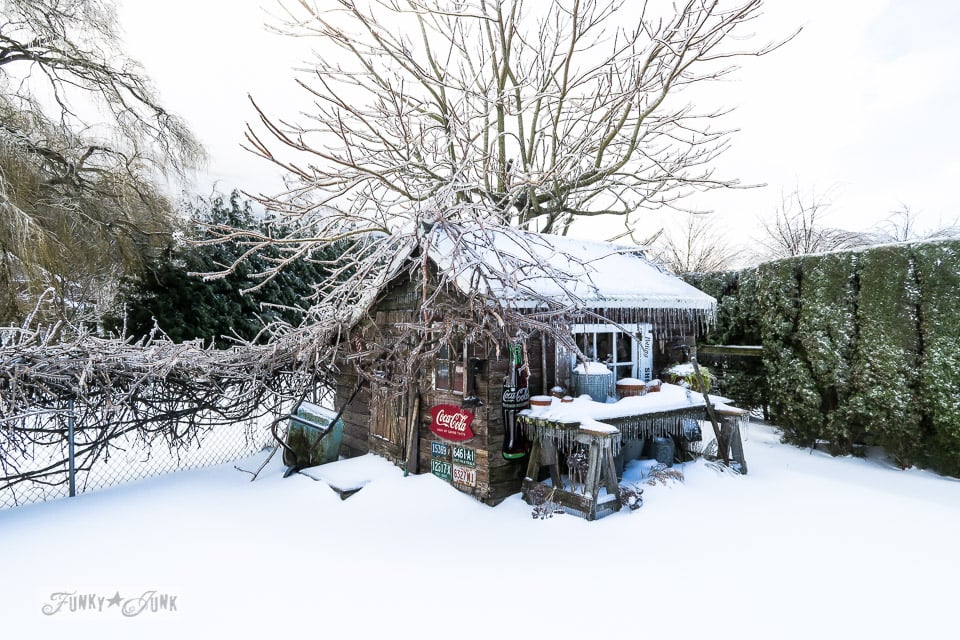 It’s starting to get old now though with crusty, dirty roads and hard to walk on sidewalks. However the overall look is still a winter wonderland, even if crunchy.

After Christmas, I had planned to visit some nearby family, however that didn’t transpire due to this storm hitting. 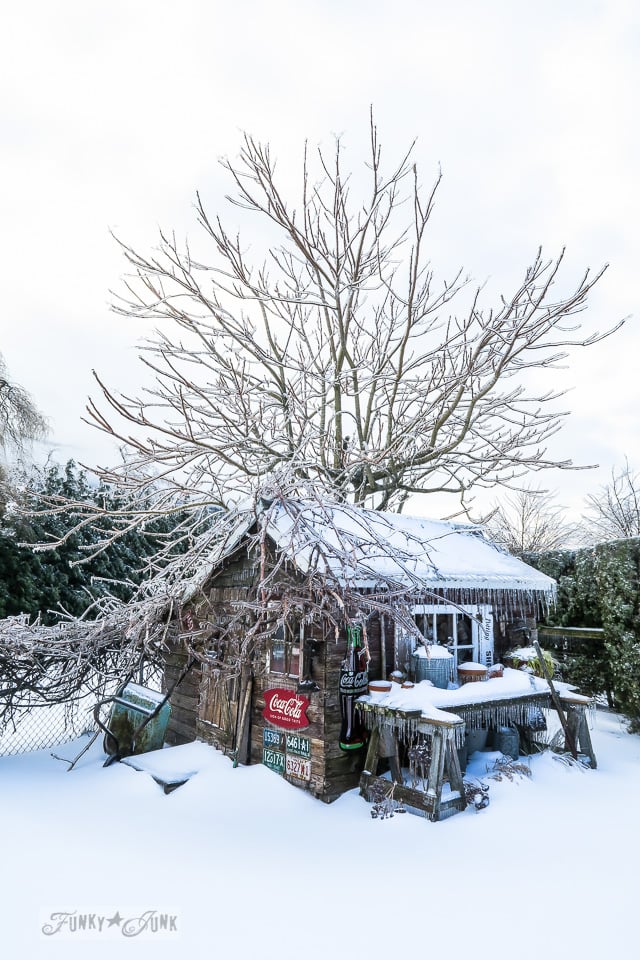 It’s been a very relaxing, quiet Christmas through New Year’s time just puttering inside the home. I had given myself permission to not have to work, but that’s all I’ve pretty much done due to not having anything else to do!

Funny how that works… if you tell yourself you don’t have to, you’re more enticed to do it anyway… 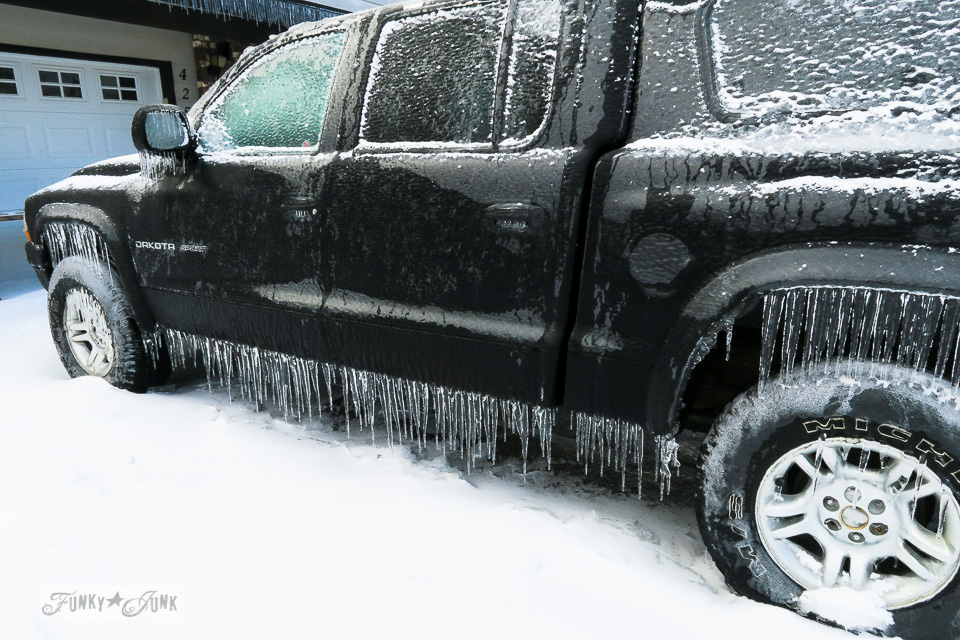 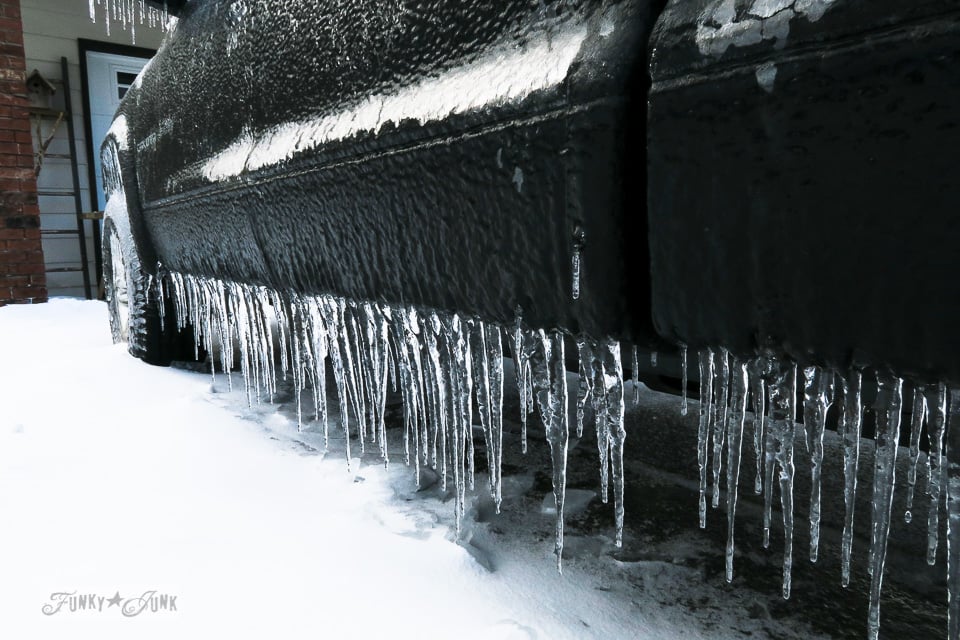 So when this ice storm hit, I allowed my truck to stay fully encased for several days and didn’t even venture down the driveway. I had been dieing to see my bike trails in the ice storm however it was just too dangerous to even attempt to walk the sidewalks for a spell.

It was even tricky getting to my back yard to take these shots. 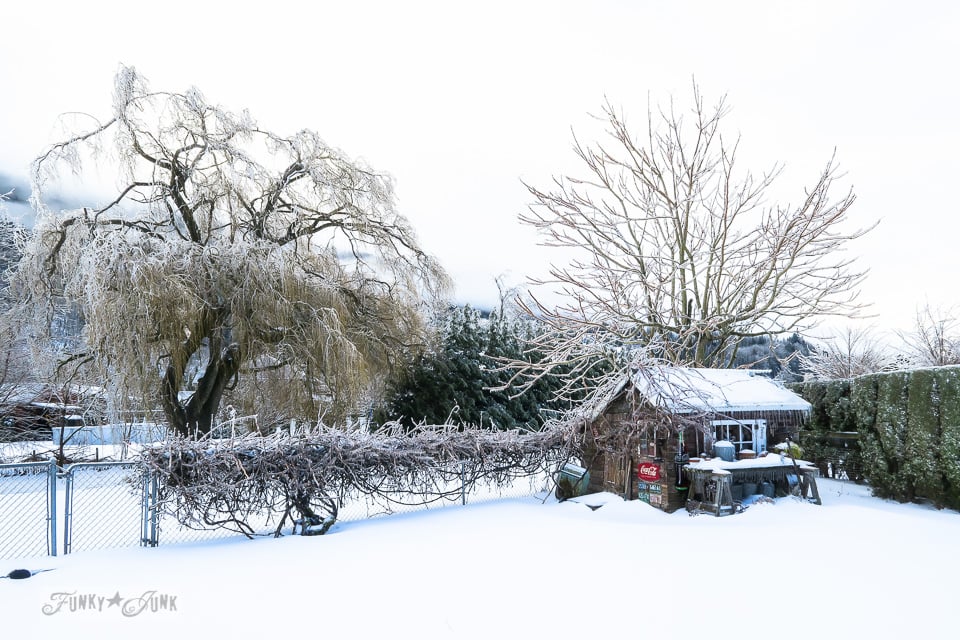 Christmas is still up, however the decor is more winter, so nothing really feels out of place nor is in my way anyway, so there it stays.

How’s that for major relaxed? 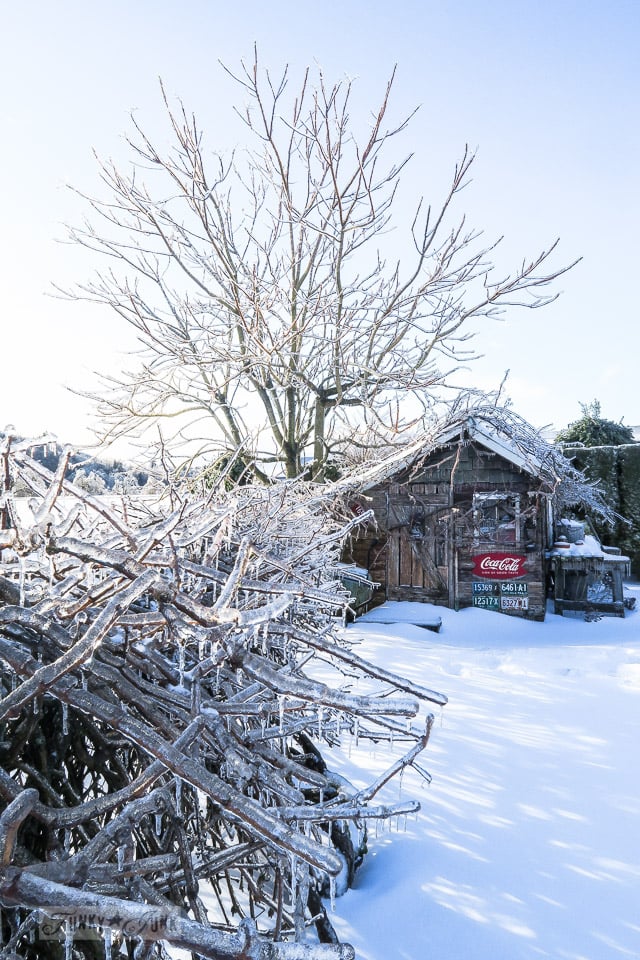 Having so much solitude during this time had me jotting down some thoughts… What do I really want? Where do I really want to go? Getting them on paper seemed to help although most of my answers just held more questions.

What topped the list though? International travel and moving!

But it’s the scary stuff that intrigued me the most this past year such as taking on a new island when in Maui (I’ve still yet to write about) and venturing down the scary Road to Hana.

I suppose that means I need to keep pushing myself into those unknown zones in order to keep internally growing.

And then major cabin fever set in. It got a little too quiet. Thank goodness for my cats. 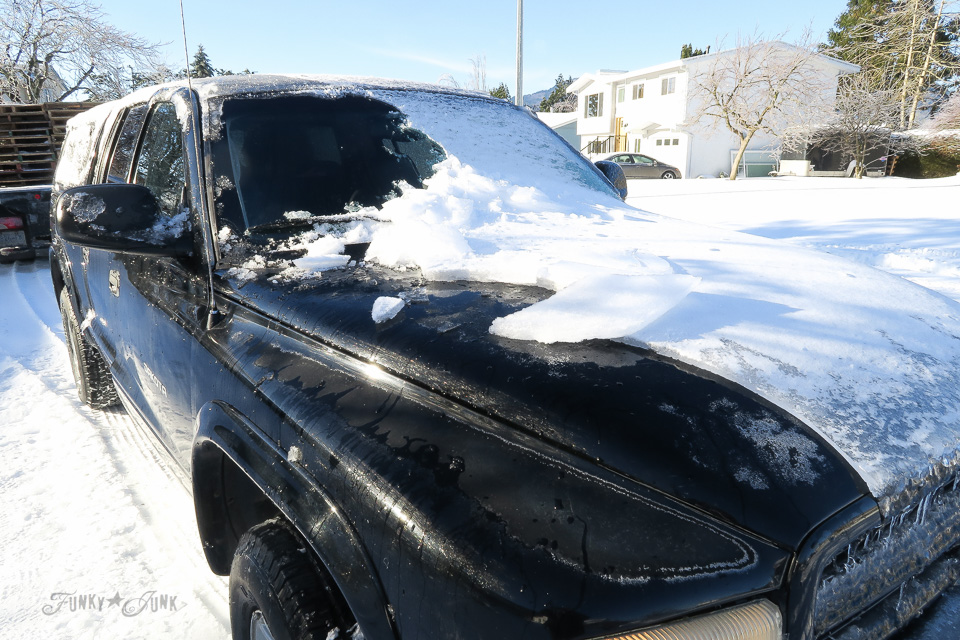 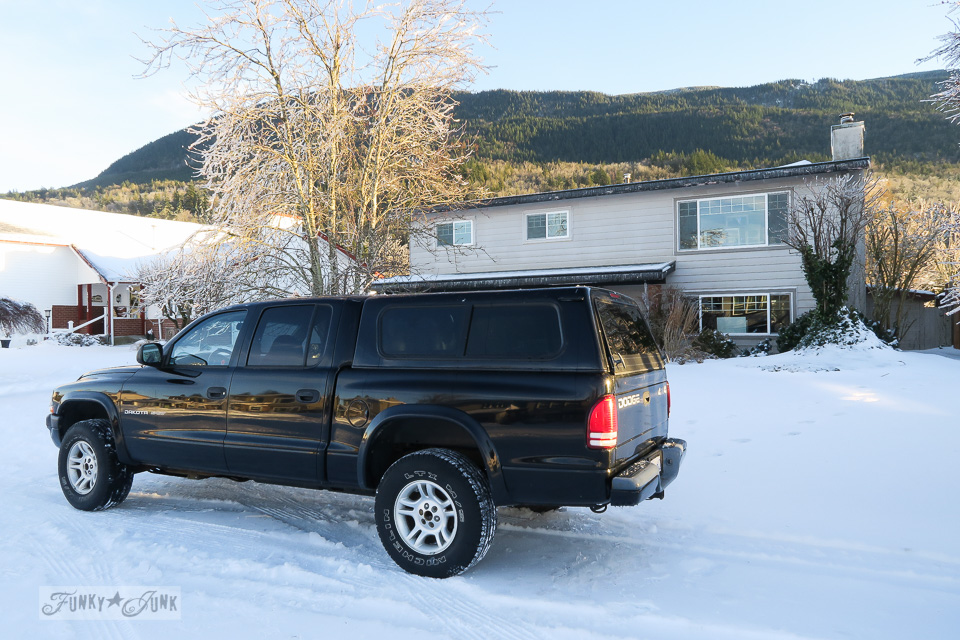 So I got inside the frozen ice sculpture of a truck from one side (cold water and vinegar helped pry open my passenger door), moved the truck into the sun and started de-icing so I could venture out again.

Every. Single. Ice chunk was removed so it wouldn’t slide off and hit other vehicles. I read in a road report Facebook group about other vehicles getting broken windshields and other damage thanks to  undo care of others not removing vehicle ice, so felt this was worthy to mention.

Still debating on writing a blog post on how I de-iced the truck… I certainly learned a few new things. And have the sore neck to prove it…

First stop, groceries and coffee shop! It was nice to eat again. And I even made it out to my son’s on New Year’s Day over a 5 Guys burger. 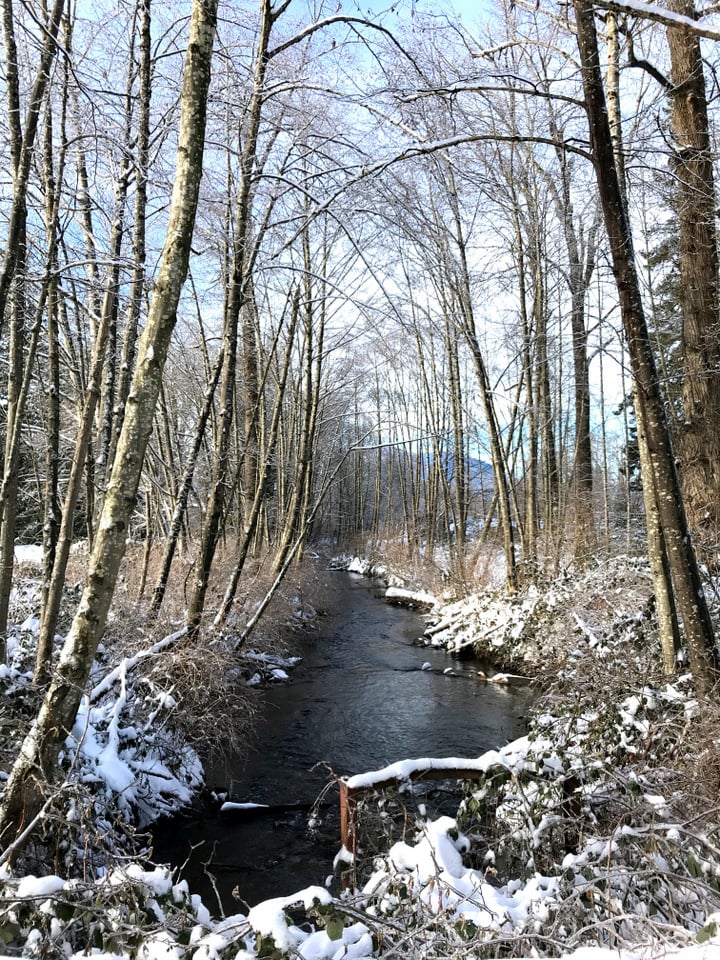 But not without a quick pit stop on the way into town with phone in hand, to grab a couple of pictures from my beloved river trails… yes! And so gorgeous! 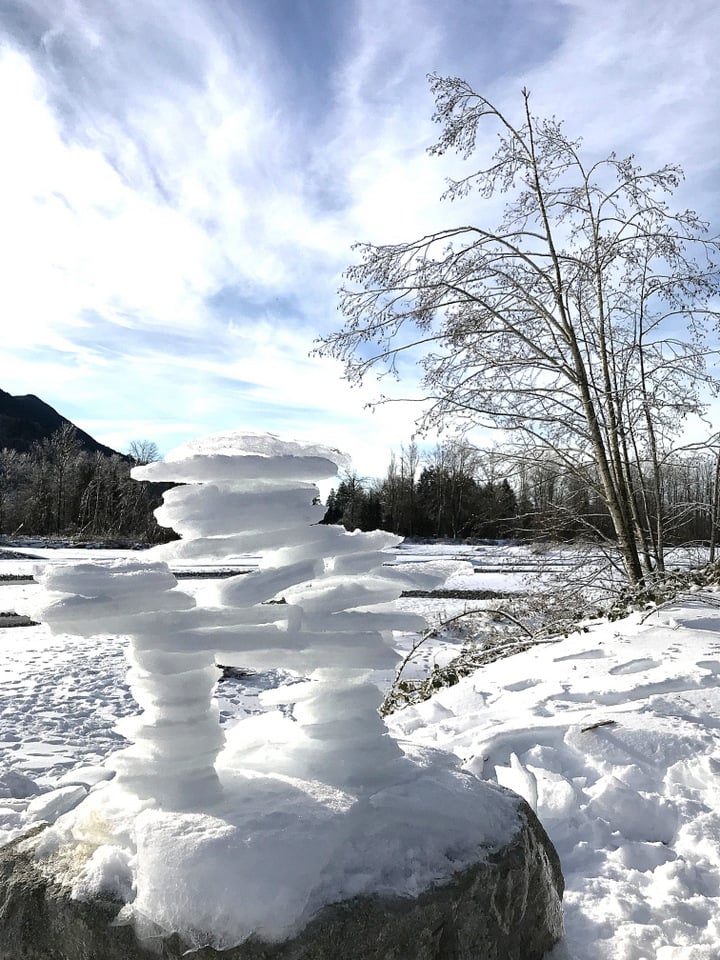 How creative is this ice sculpture? 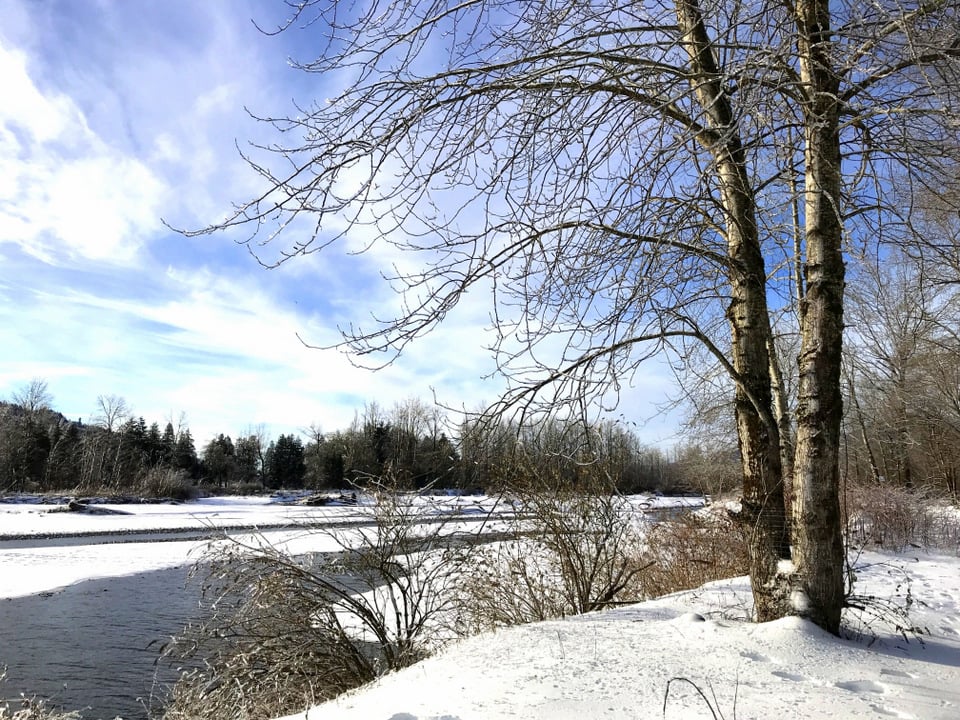 Ahhh. So much better!

Solitude was indeed nice for a spell. But apparently only so much of it!

How has your downtime been?