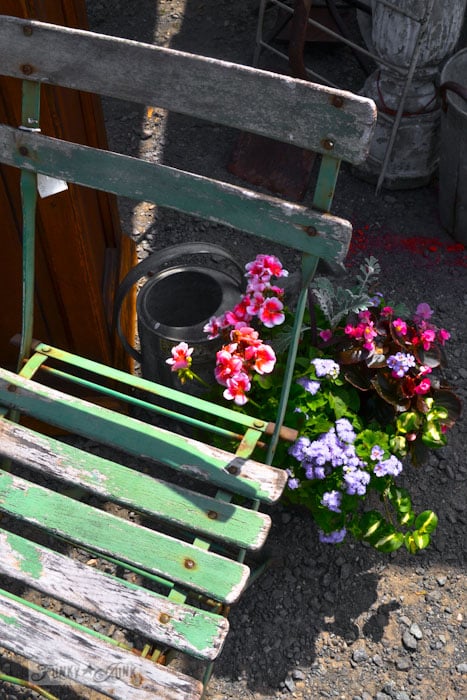 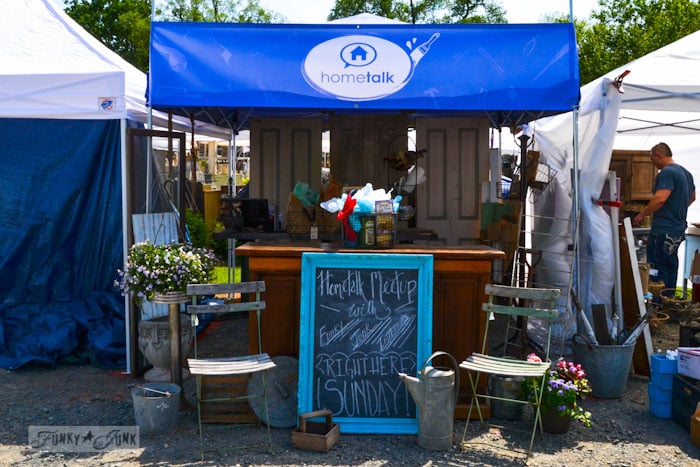 We are now on thee Lucketts day. And this is what greeted us…

The Hometalk booth was decked out sooooo awesome! 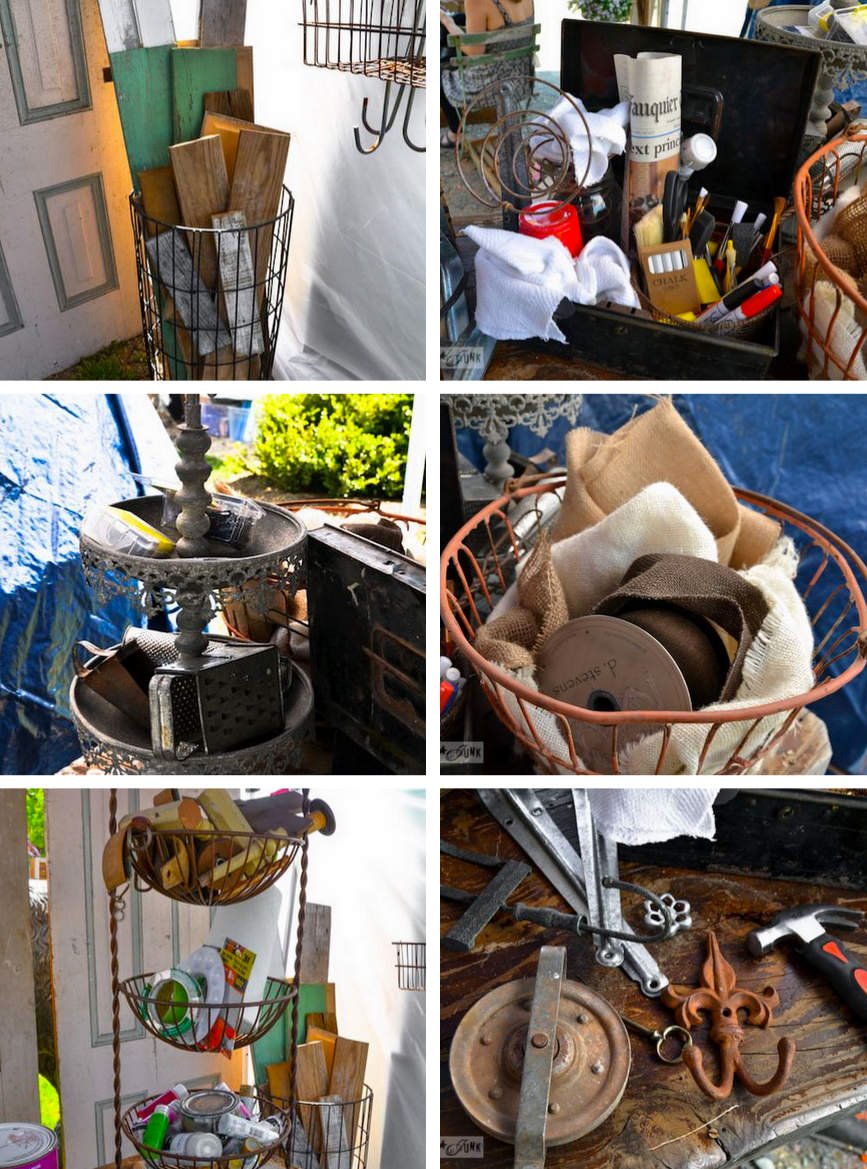 We didn’t have to do a THING. Heather and team at Lucketts organized and decorated with everything we needed, funky junk style! I was oogling EVERYTHING. And that’s when the adrenaline kicked in. I was gonna be sawing and banging and creating with everyone and anyone that wanted in… 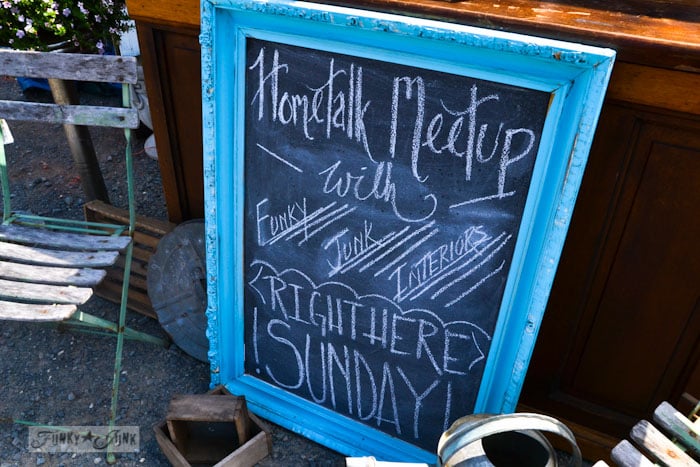 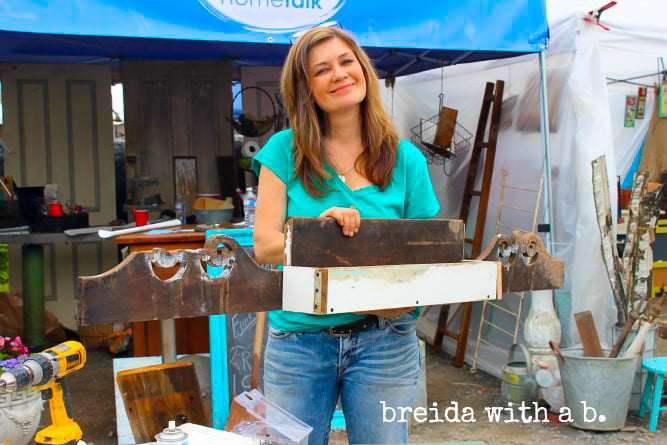 Post by Breida with a B (no longer online)

And then the real fun started. The gates blew open and the Meetup began! Wanna build something? Come on over to our booth and let’s do it!

Our booth was the designated area for Hometalkers to meet up. With no set time, our booth became the place to meet up and hang out!

There really was no plan for the day. I figured if I just did demos, the odd person may stop and enjoy trying a few things out. Then maybe a group could go shopping together… maybe do a photography session… none of us really had any idea what to expect. 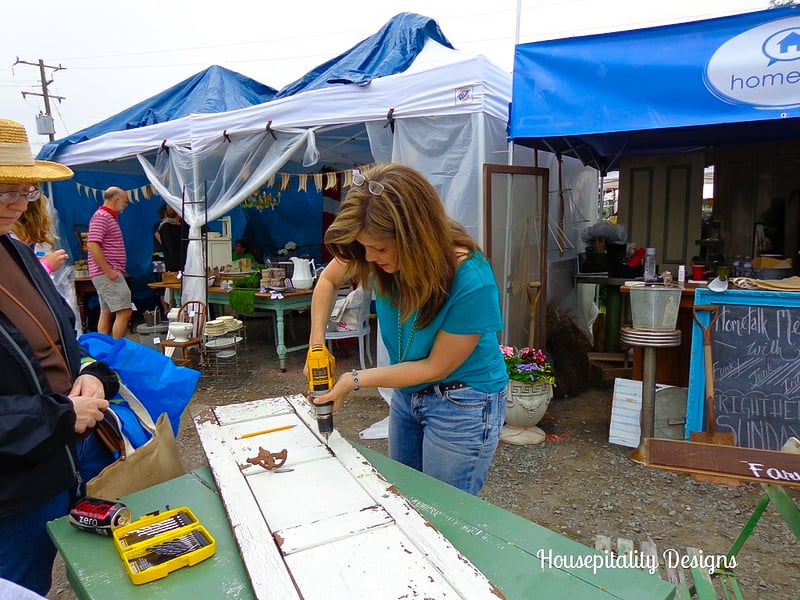 And then the building began. But once a build was done, more would gather around. So junk artifact after junk artifact was worked on. Lunch? What’s that? I’m too busy having a blast building here! 🙂 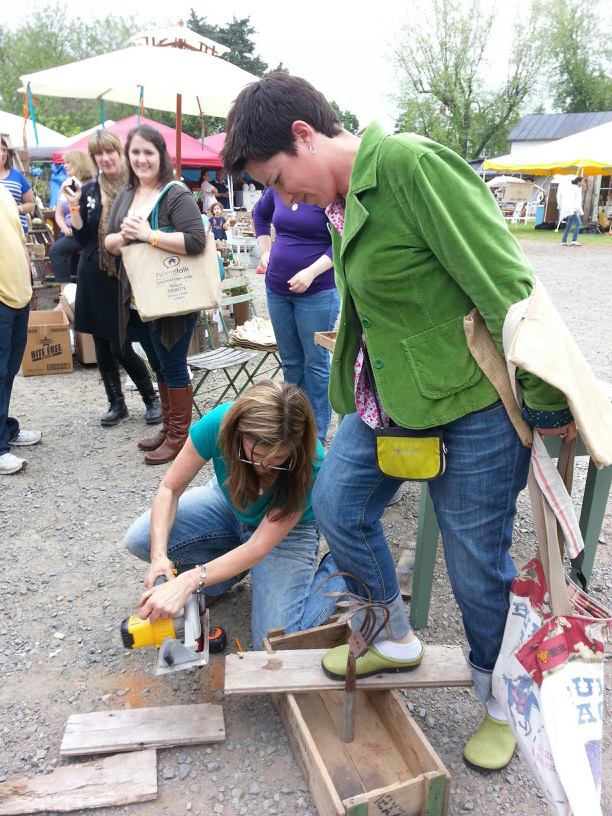 Photo by JB via Building Moxie

Do you like my table saw with a claw? Thanks for the foot, Breida!

But I wasn’t the one doing all the work by a long shot. When something got rolling, I’d hand the drill or paintbrush to another and let them continue. One by one, creations were being built and taken home. Coolest thing ever. 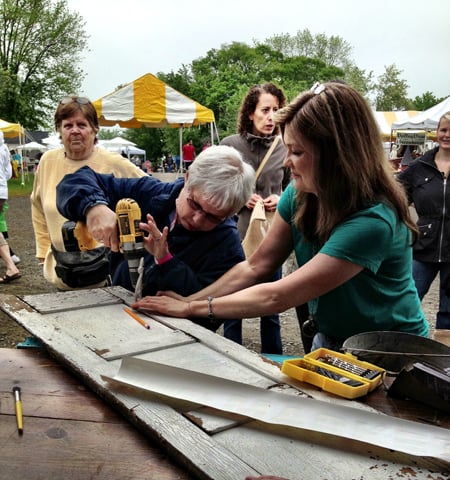 Post by Karen via The Graphics Fairy (no longer online)

But what was even cooler was watching someone drill for the first time. 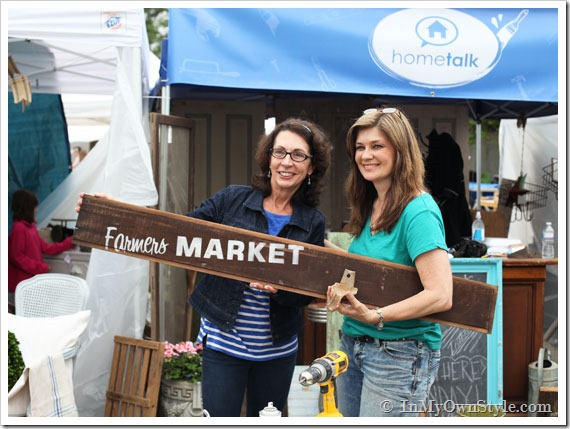 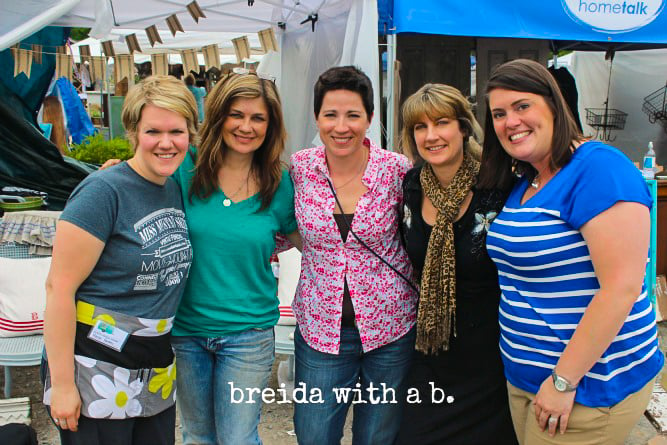 Or meeting readers and longtime online buddies for the first time… 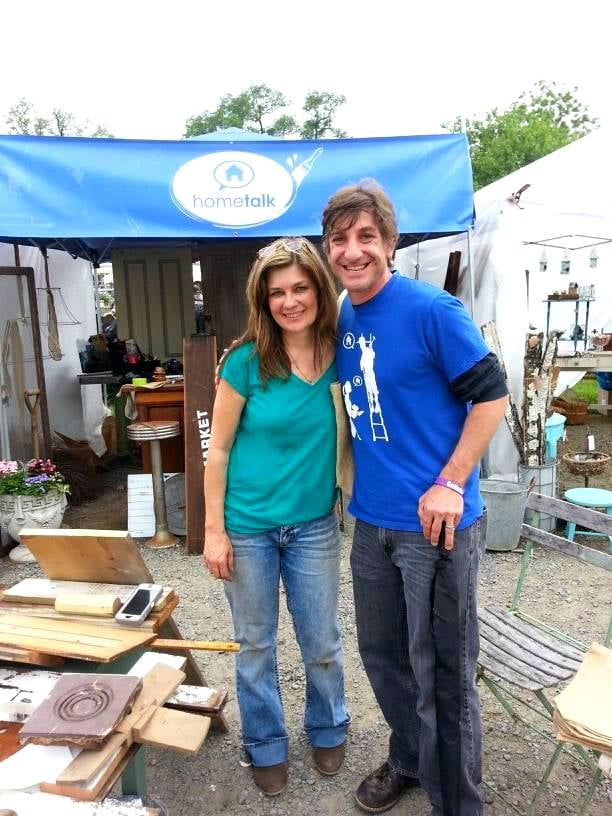 … and get some long, overdue hugs! 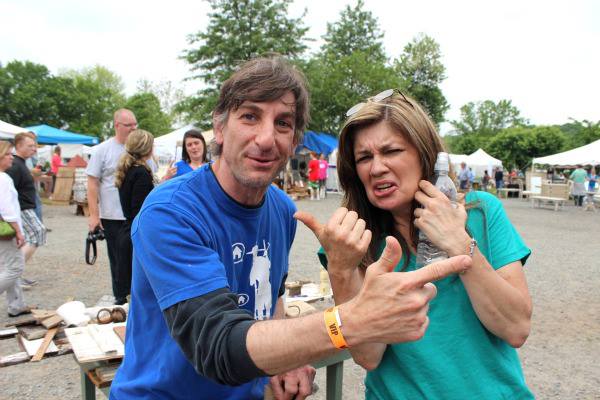 “And let’s review this Canadian, eh? So… do you really wear flannel shirts?”

“Miriam, make him stoppppp! (because I miss my flannel shiiirts!)

Poor JB. I coaxed him into coming. Like, alot. And he never got the interview I promised. Oh well! Glad you made it out anyway! Admit it… the junk was worth it. 🙂

So much was going on around me as well. Hometalk Meetup members were meeting and greeting on the sidelines constantly. So many learned about Hometalk and how they can share their passions and questions online without needing a blog from Hometalk’s own Miriam. Karen / The Graphics Fairy was on hand to meet and greet and keep up with the social media. It was a very busy, awesome day!

This is why I was here. THIS WAS IT. All of it! 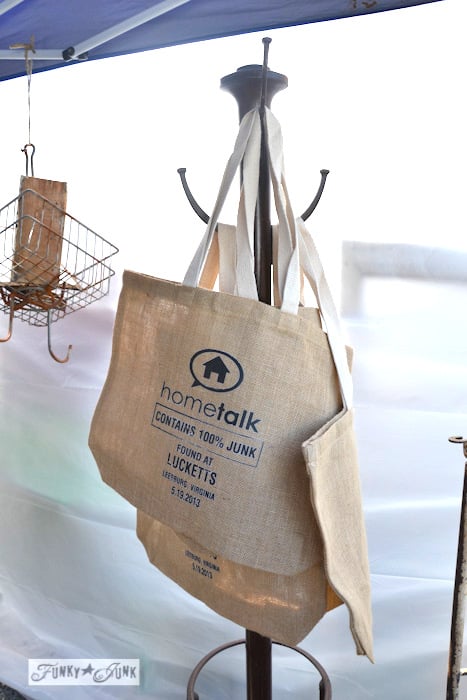 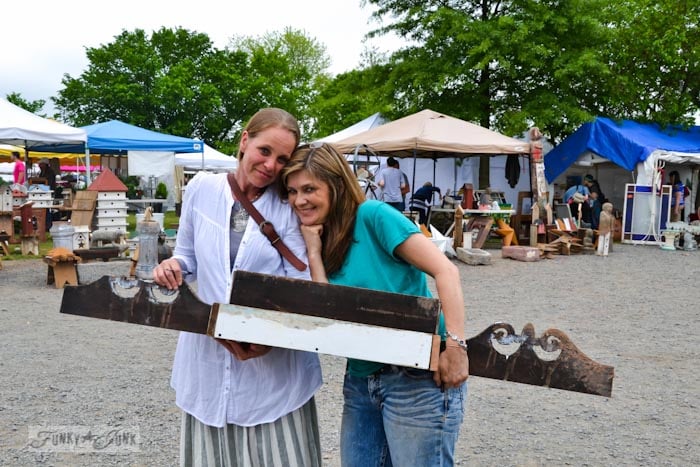 It just wasn’t enough time. I was there all day and it wasn’t enough. I had wished I had spare time for more idle chit chat. Or to shop with a group. Or show a few newbie photography tips. But the day totally whipped by in minutes. 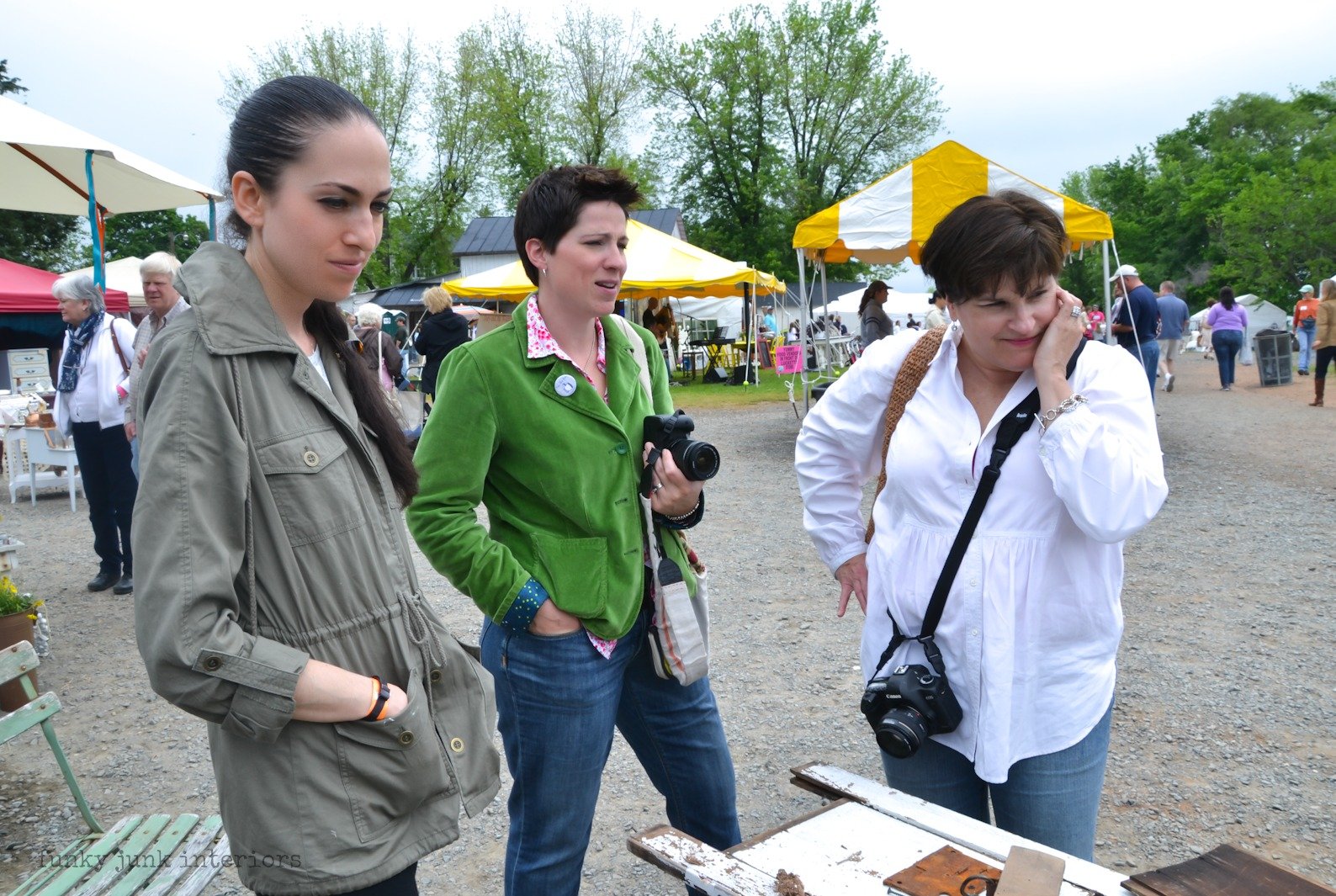 “What IS that she is making anyway…” (I never really knew… we created on the fly!)

And then the event was over. In the blink of an eye, the whole reason for preparing and coming was a done deal.

Ohhhh…it was hard to see everyone leave. Like, really hard. ie: I had waited what seemed like an eternity to meet Miriam, and then she turned around and walked away. HEARTBREAK. Breida was so sweet… she had such a long 6 hour drive ahead of her, but she saw the long look growing on my face, and offered to hang out just a little longer. I’m so so glad she did. 🙂 We had a cool time putting some junky creations together. It was her birthday after all, and I wanted to leave her with something.

From here, sweet Karen drove me to my next stop… the hotel where I flew back home the next morning. I was zonked. She walked me right into the hotel with all my luggage because I was fiddling and forgetting and slurring my words and then missing my keys. Oh boy… I was overdue for a nap. Then I went out for dinner and had some quiet time to remember, reflect and appreciate all that had transpired during this magical weekend.

I feel so much gratitude for all that helped to make it happen, all that drove from far and wide to come, and that these amazing folks are my friends. This is my world, folks. This. Is. IT. Thank-you everyone! I truly had the time of my life.

BUT!!! We are not over with this series quite yet. There’s still the Lucketts Design House! And…

Next up… Part 9 – Taking in historic Leesburg 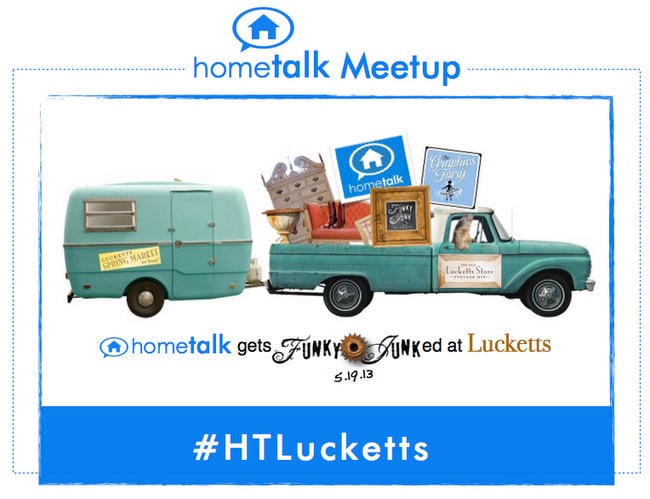 Keep up with the series at:

Have a Lucketts story of your own? Link it up or read them HERE.

9 - a tour of the fabulous Lucketts Design House
7 - The day Miss Mustard Seed was my neighbour
6 - An explosion of Lucketts junk... with a linkup!
5 - Friends unite
4 - Touring historic Pennsylvania
3 - a knock your socks off home tour of The Graphics Fairy
Facebook Pinterest Twitter Instagram RSS