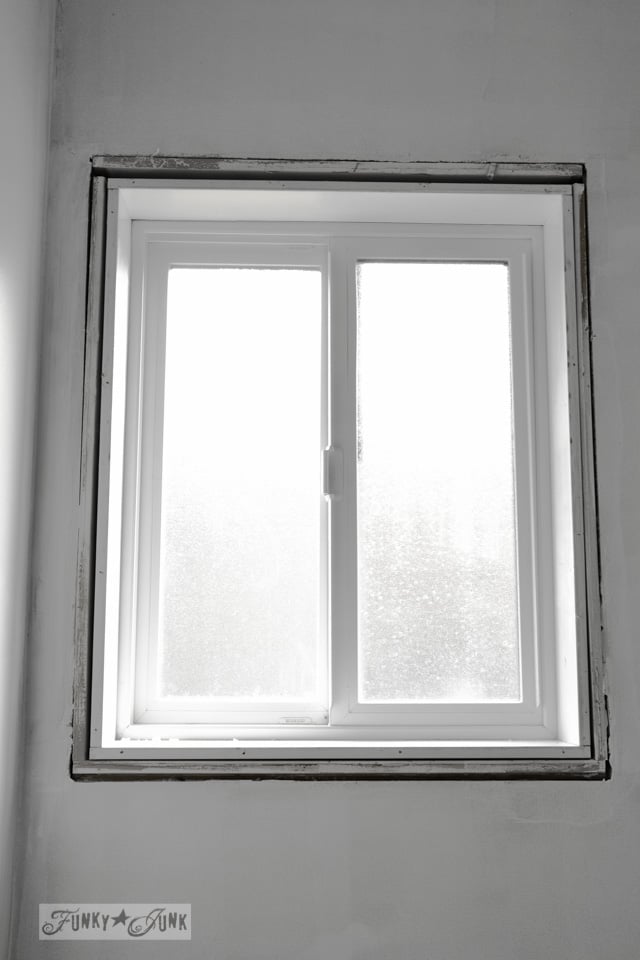 With anything new I approach, I generally take a little bit of time to think about it first.

I seem to need a period in which to mull new over. New needs extra energy. And guts.

So this bathroom reno? I eyed the window I’ve been looking at for only 4 years wishing it looked different. But this time, I studied it. It’s just 4 pieces of board. Nothing too insightful.

But then I examined how it was attached. How it was cut. And then I knew. I had to remake this window in to the one I’ve been envisioning for years. Yes. YEARS.

Why did I wait so long? I don’t know. I guess you sort of talk yourself into believing you can’t do something you never have. Honestly, I just didn’t DECIDE to try. I’m rather tired of that indecisive, hesitant lifestyle. You too?

A little revelation hit me a couple days ago. I’ve been holding out on loving my house. It was easier to resent it and just overlook the things I didn’t like, resolving that one day I’d just move instead.

But deep down? I think a part of me was still put out I landed here. Isn’t it time to move on from that? So rather than wish for something I don’t have, I’m going to move forward with the mind set that I can MAKE this house into one I love. Every square inch of it. And this round, it’s about one window. Totally do-able.

But not all goes as planned when trying something new first round. So here are six tips on how to work up the courage to try something new.

Tip 1 : nothing is impossible.

I want some vintage window moulding. But I’ve never done it before. Does that make it wrong for me to try?

Here’s my take… if something doesn’t take great physical strength or a ton of money, there’s no reason I can’t do this. I may not be as quick or slick as a pro, but that doesn’t mean I can’t be eventually if I desire that. I just want to do one. And then I’ll see about the rest.

I was ready to roll. So I opened my garage door and stared in shock. Ever get so busy you don’t pay attention to the wrath you’ve left behind? You just nailed me.

Tidy up your work area, no matter what the weather is like. You used up that excuse last week. 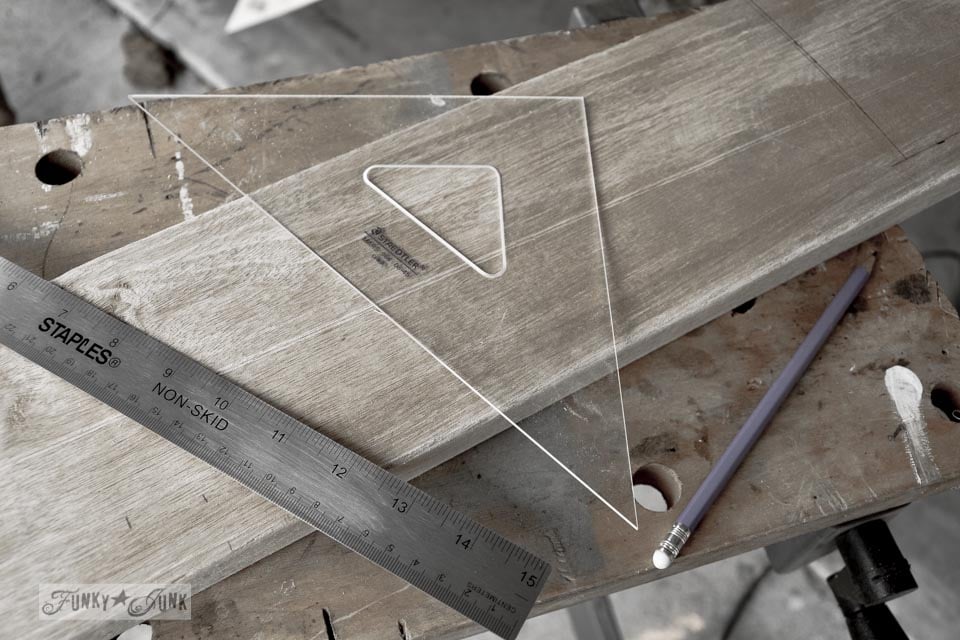 Tip 2 :  collect all the tools you need prior.

Where in blazes are my tools?! I’ll tell you where. Imagine throwing your tools as far away as you can, as fast as you can while blind folded. Then having to find them quickly again. They were scattered across my entire house and buried in the garage.

Collect EVERYTHING you need first, including your camera with the right lens on it. You’re welcome.

Tip 3 : investigate what you want to build

I didn’t have a clue how this beefed up moulding should look, I googled it until I found something resembling my idea. Bingo! Easy? Well…. 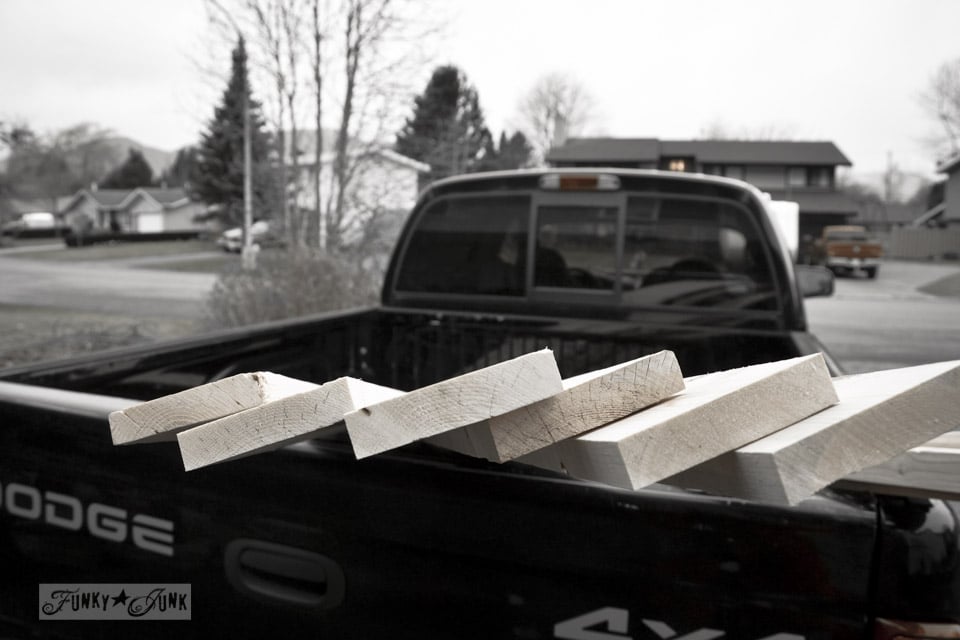 The thing with another’s plan is, they may require you to do more work than you really want to. I didn’t like the tirade of fancy schmancy wood pieces you’d have to collect or the miter joins to mess with.

So I visited the local hardware store and studied what materials are easily available to anyone, anytime. And came home with a little of everything so I could play.

This should only take an hour, right? (insert hysterical laughter here)

This 1 hour window is now creeping into 3 days. Turns out I had more ‘new’ to discover before taking on the new window frame. I had to locate the nail gun (always a challenge here) AND relearn how to use it. Once set up, the gun wouldn’t shoot nails. Fabulous.

That is why you won’t see a window reveal in this post. That is why this post was born. Reveal coming soon! Or, as soon as the gun works again.

Tight deadlines are never a good idea when trying new stuff. Be kind to yourself and keep the timeframe loose for new.

Cutting! I’m finally cutting! And once I finally got the first piece cut, I realized one little plan didn’t work. Ugh.

So I had to invent another way.

So I started over and kept at it until I found a way. Which I did. YES!

This project would have failed if I gave up. Just do it again until it does work. That really is the key to success in anything in life, don’t you think?

Trying new things may be intimidating. But once you push past the fear, you’ll wonder why you didn’t have the courage to try it LONG ago.

What is it you want to do?