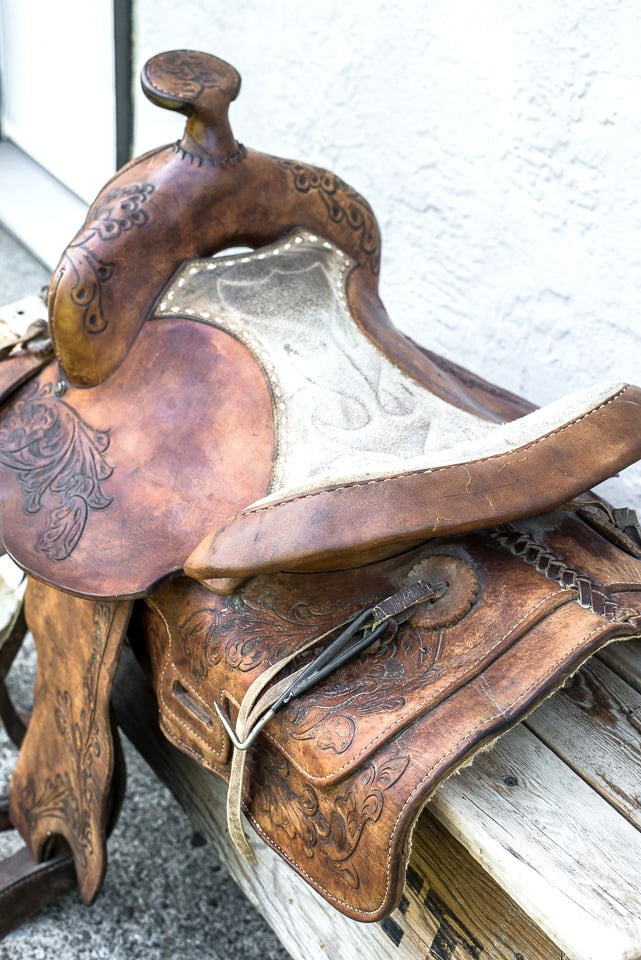 Over the last couple of days, I was striving to ‘feel’ productive, but didn’t really know what to dig into.

I just felt a general loss of direction, and knowing cleaning always triggers me into a really good zone, I ran with it.

So I allowed my mind to wander and muse over what else I was ready to relinquish next.

For me, a good clean isn’t about just shuffling and spit polishing…. the act of letting something go and see it walk out the door is the key to more space, hands down.

And then my gut did a quick fear grip… because I knew what was coming. This one I’d been avoiding for a LONG time.

My horse saddle I had growing up on the farm has been something I held onto with a death grip. It offered up years of memories of something my dad did for and with me.

Yet I’ve been shuffling the saddle forever. Its last home had been sitting on top of a file cabinet (also in my way) for a few years.

And if I was ever to loosen up that poor laundry turned storage room for improvements, it would absolutely have to go. 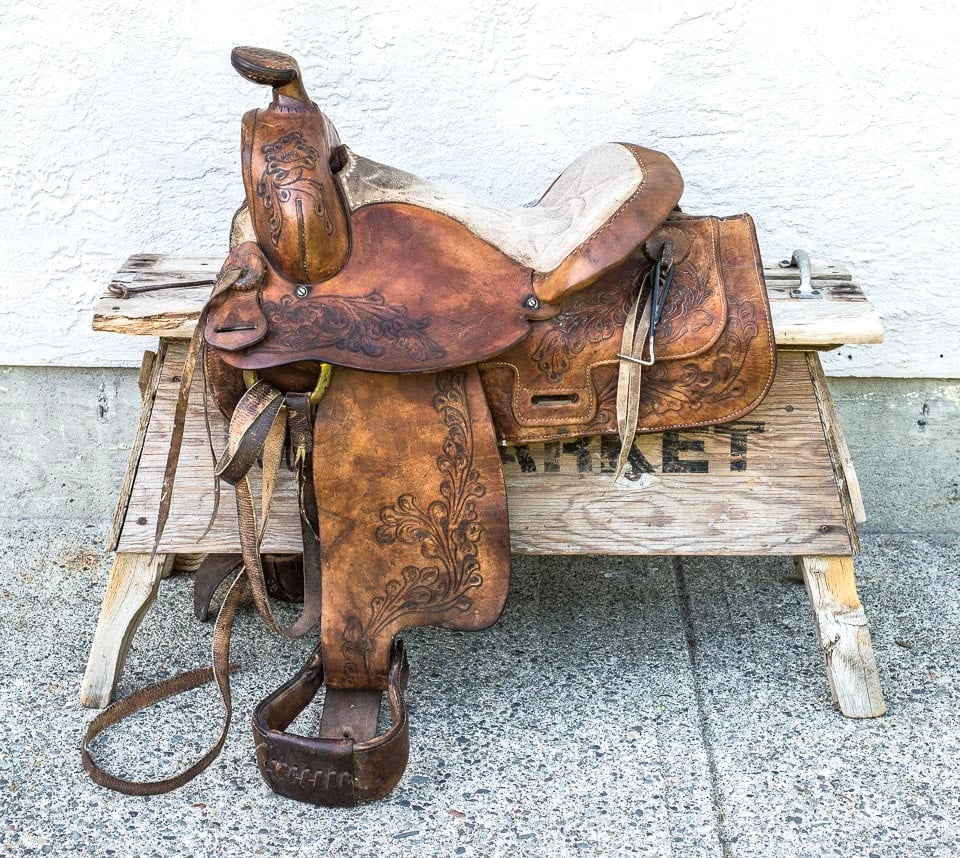 In hindsight, bringing the saddle outside and taking a few quality shots with my good camera was a good move. These shots are now my memory keepsakes. Plus… it’s now in this post!

After listing it on a Facebook bidding site, it was official. My saddle belonged to another.

How would I really feel handing it over? A slight heaviness took over, so I quickly listed some other stuff I didn’t care about which took my mind off it.

Once the purchaser arrived for pickup-up, she offered up a fragment of her story on why she purchased it.

This smaller saddle would be used by her daughter on her FIRST PONY. And she ensured me it would be well used and loved every single day.

Sure beats collecting dust on a file cabinet in the dark! 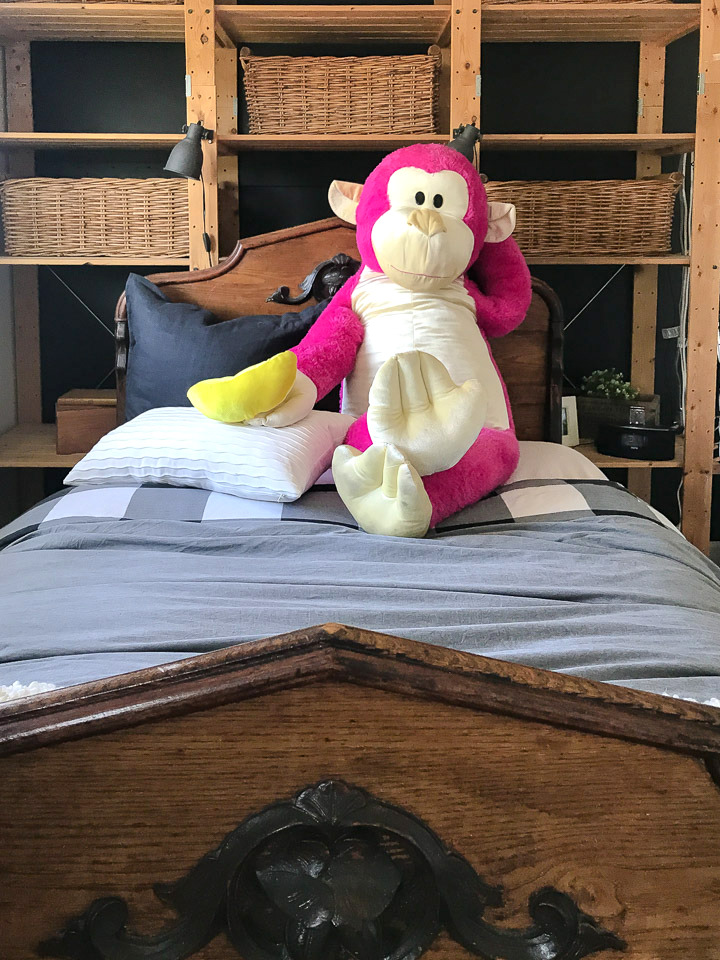 He was ‘won’ at a fair by my son having spent a zillion dollars in order to earn the privilege of lugging this big guy home. 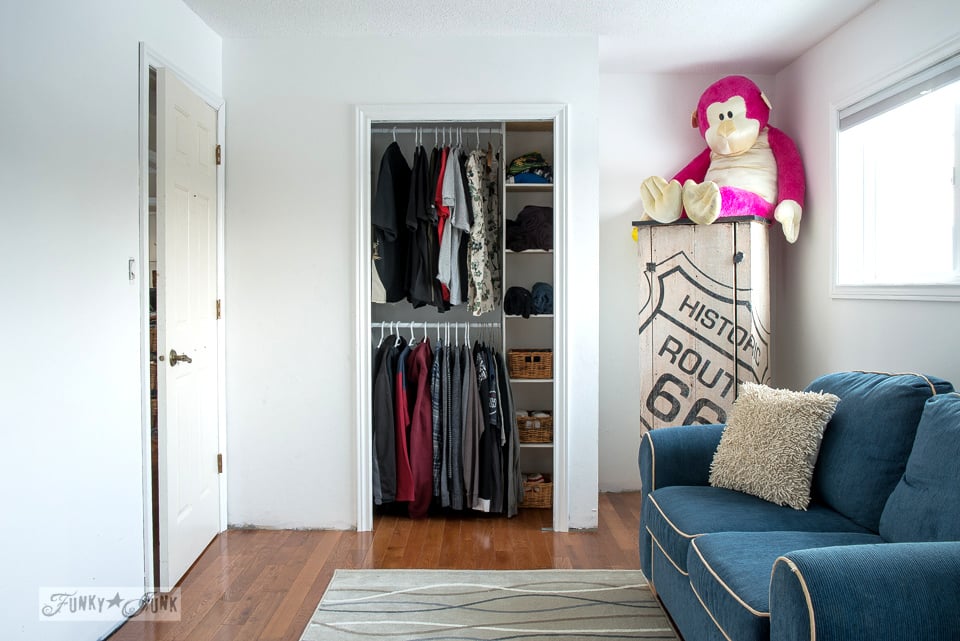 BPA lived with me for awhile after my son moved out, but it was always, “I’ll put him here in this corner so he isn’t in pictures…” But when I finally redid the boy’s room into more of a guest room, BPA had to move on. So he went to live with my son.

But my son didn’t really have room for him either. When I visited, BPA would be crammed in a corner with clothes all over him or squished into a closet to get him out of the way.

It was time for BPA to find a new home and be loved again.

So once again, I put it up on a bidding site thinking $5 tops… I mean, he’s BIG. And PINK!

The BEST part was, this big guy was about to go to someone’s disabled daughter who would ultimately accompany her to grad! (I was asked what size cape he could wear). And he was about to travel as well. As in, serious vacation travel. And a visit to the water slides…

I am promised pictures once this all plays out. And I can’t wait!

BPA is about to become something so much more than he ever was in our own homes. What a shame if we had kept him locked away never to be shared.

So, I have a new mantra of late when it comes to relinquishing. Whether I move or not. And it goes like this…

Would this ‘thing’ enhance MY life in a new home?

Could it enhance someone else’s more?

Relinquishing from the heart is not only about getting our homes back, it’s also a BEAUTIFUL caring and giving thing once placed in the hands of another.

So I challenge you… next time you relinquish something, ask why they want that thing.

You are likely to adore their story AND feel so GOOD about your bravery!

Who will you ‘gift’ next? 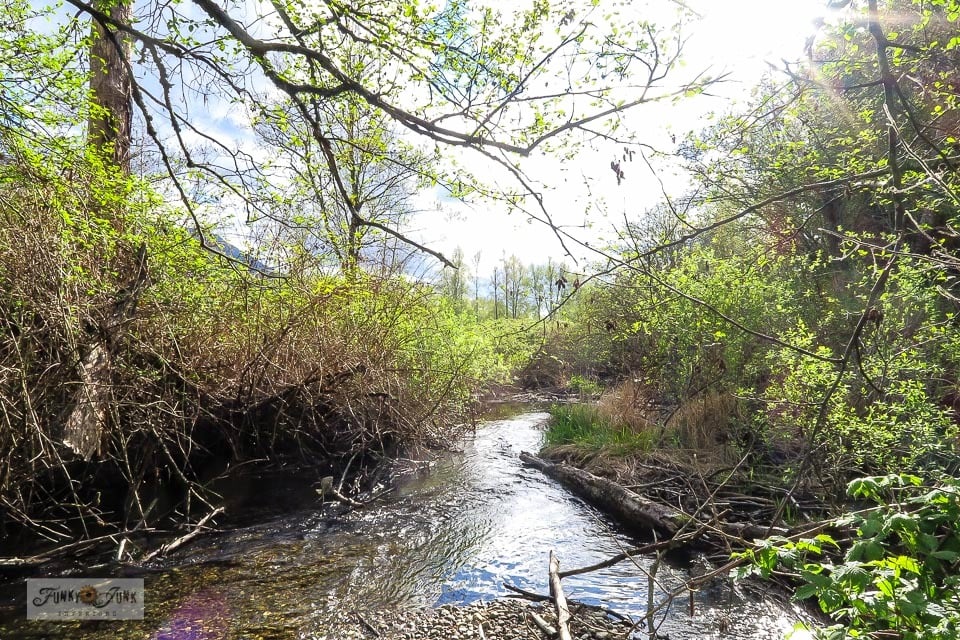 What made this the best 30 minute trail bike ride EVER!
How to make today count.
7 ways to motivate yourself into action
How to figure out a selfish desire vs a true calling.
Make big things happen with this Dream BIG Journal list
Why the million little steps of a journey matter most

11 thoughts on “Relinquishing from the heart.”