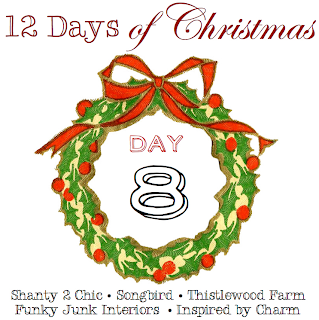 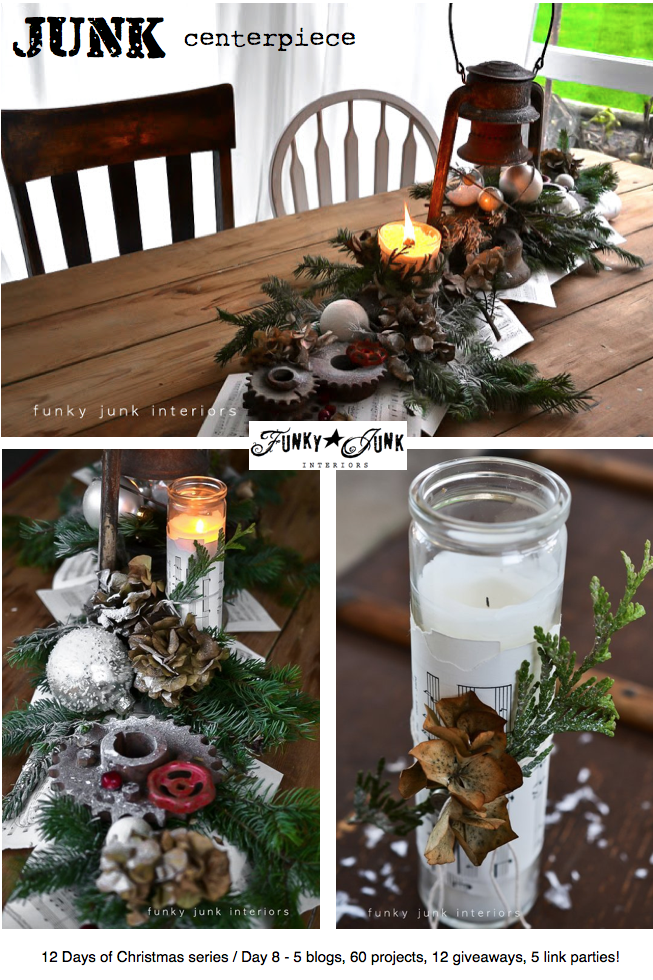 Christmas just isn’t Christmas in Funky Junkville unless I create some kind of junk centerpiece for the kitchen island. 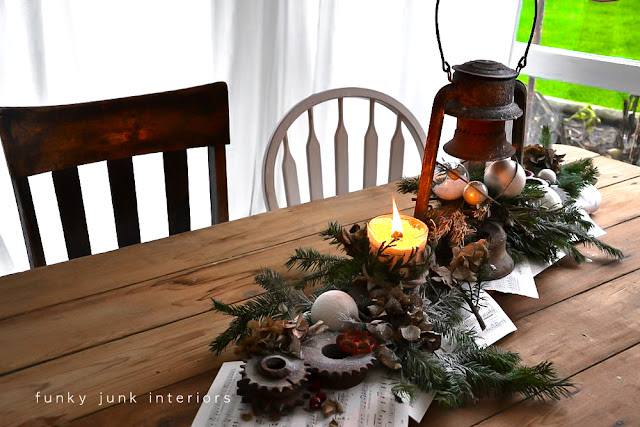 In our home, the kitchen island is the centre of our upstairs. It also serves as our kitchen table so it just demands a little attention. Being that the island is COVERED in fake snow, buttons, sticks and ornaments right now, I took this one to the photo studio.

I’ll eventually carry it up when I clean up. Trust me when I say that notion is totally guffawable at the moment.

How I made it 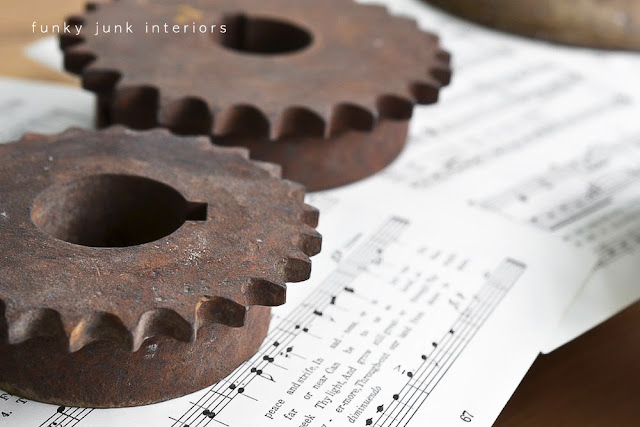 I started with things I love to look at. Rust generally ranks #1 so the cogs were a given.   My kitchen island top is black metal so the sheet music will help brighten the space up as well. 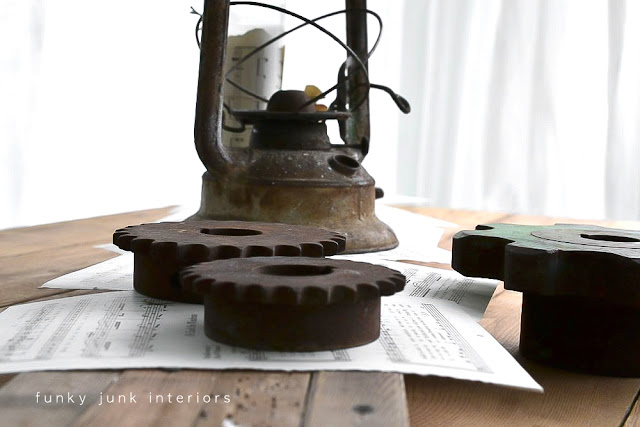 I had some old boards that were already attached from my gutsy wheelbarrow coffee table project, so I used that as my base so I can move the centrepiece if we require the entire table. 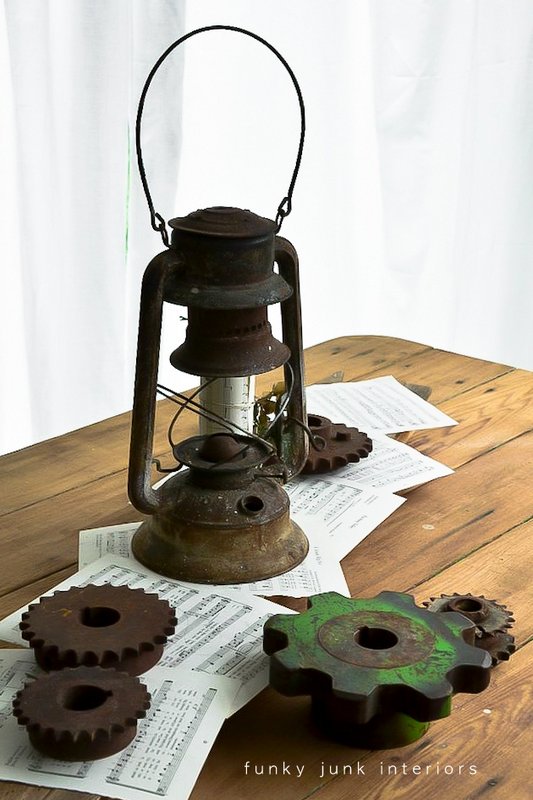 I always try for a tall centre object if I can. The rusty old lantern would do beautifully.

The sheets were placed helter skelter along the wood, then the bigger items were added. 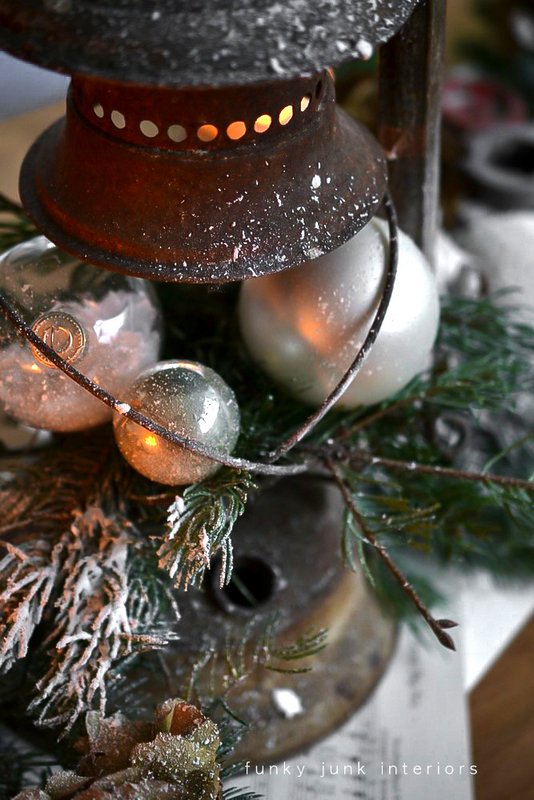 Fresh greens, ornaments, candles, spent hydrangeas, and spray snow pulled it all together.

Cool fluke #1: I love how the nearly illuminated candle made the lantern appear to be lit! 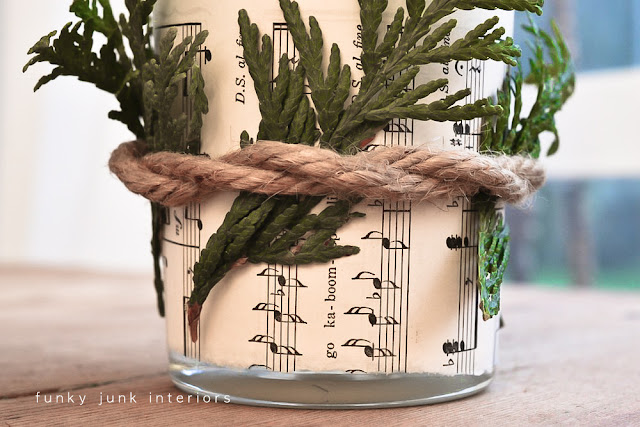 Two candles also got a little dressed up.

Cool fluke #2:  the words on the sheet music say ‘go ka-boom’ which describe the mess upstairs perfectly! How did it know? 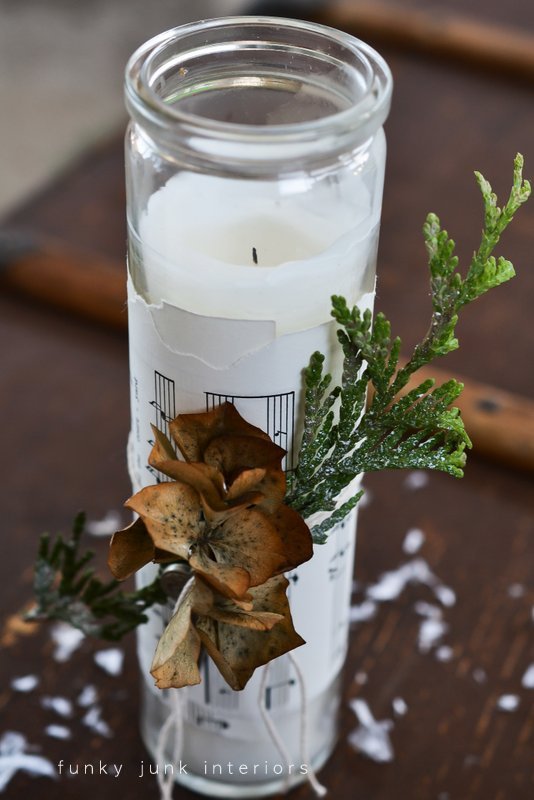 This wrapped candle is my favourite. The sheet music was ripped along the upper and lower edge, then taped in the middle. String is holding the greens and hydrangeas in place. 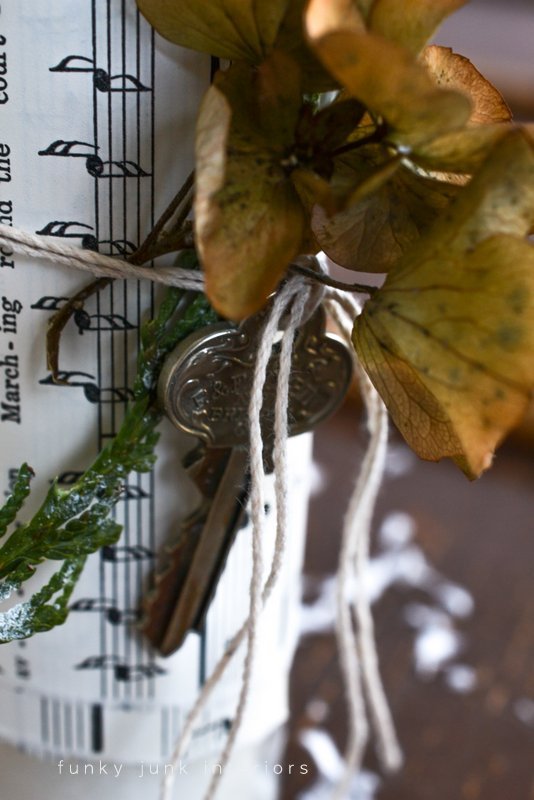 A little extra junky bling is always good for a smile. 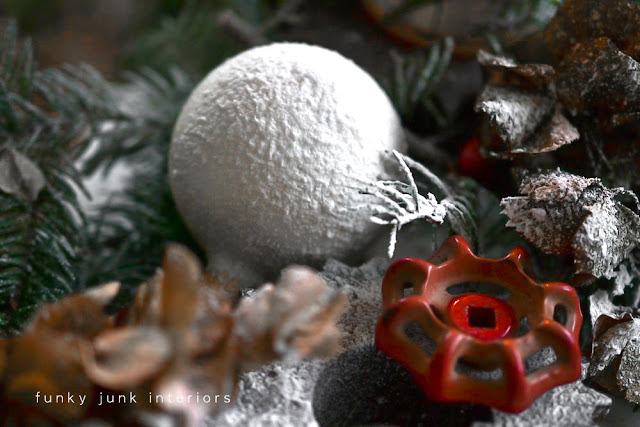 Cool fluke #3: Did you know heavy spray snow on a glass Christmas ornament turns it into a snowball? I didn’t either! 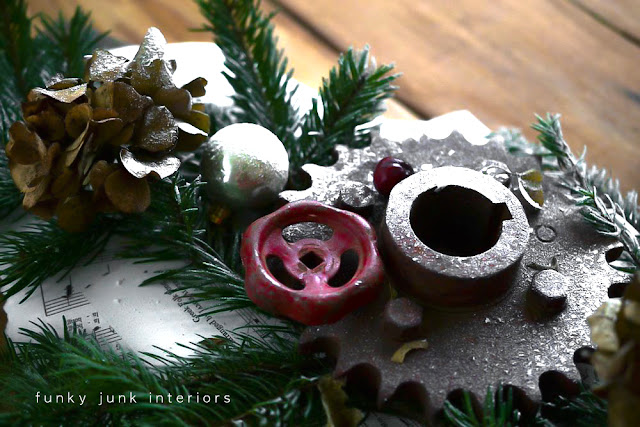 Cogs and faucet handles go together rather nicely, don’t you think? 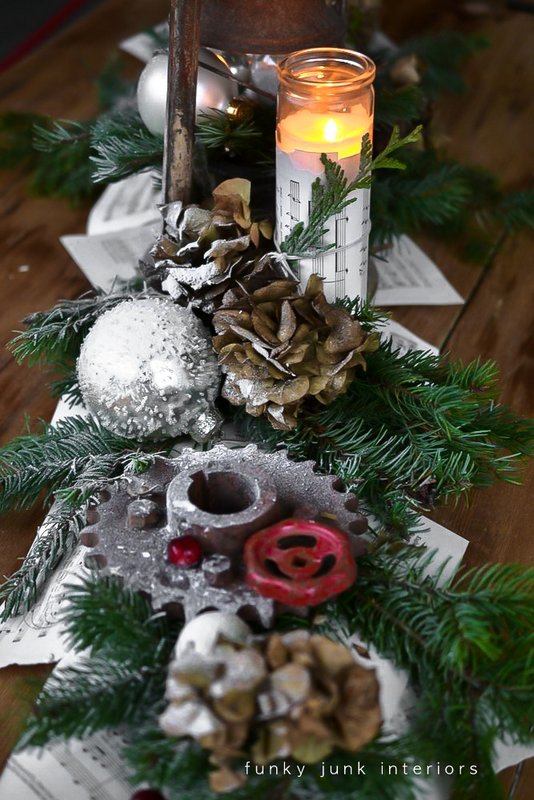 Ask most if you could make rusty junk look like Christmas and you’ll be met with rolled eyes.

Us junkers have a lot of proving to do in order to change the world, don’t we? 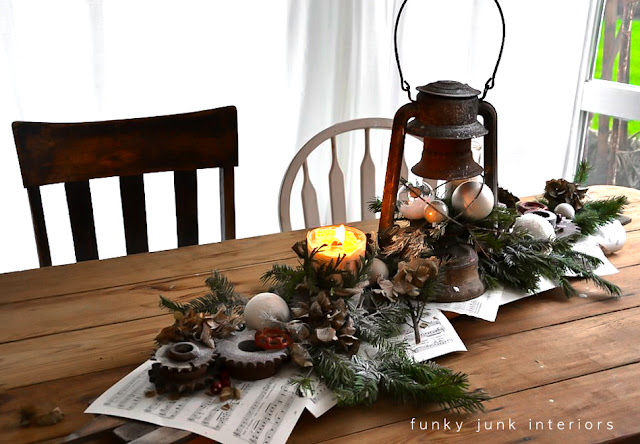 Cool fluke #4: I’m glad I have this farm table in the photo studio. (in case my island NEVER gets cleaned off) 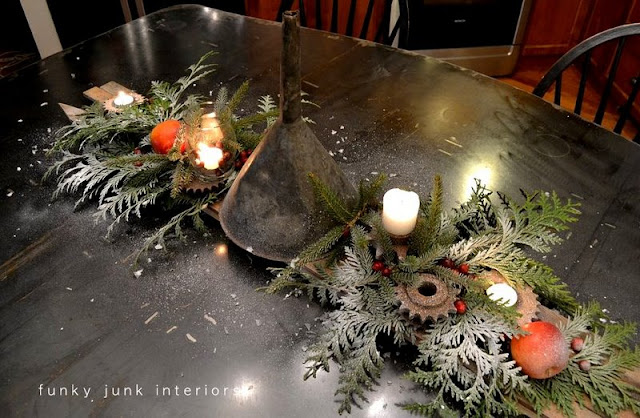 On a clean table! I can’t imagine…

So? Cool or crazy?

And here are my friends, with their welcoming doors wide open for you!

See you tomorrow for Day 9!