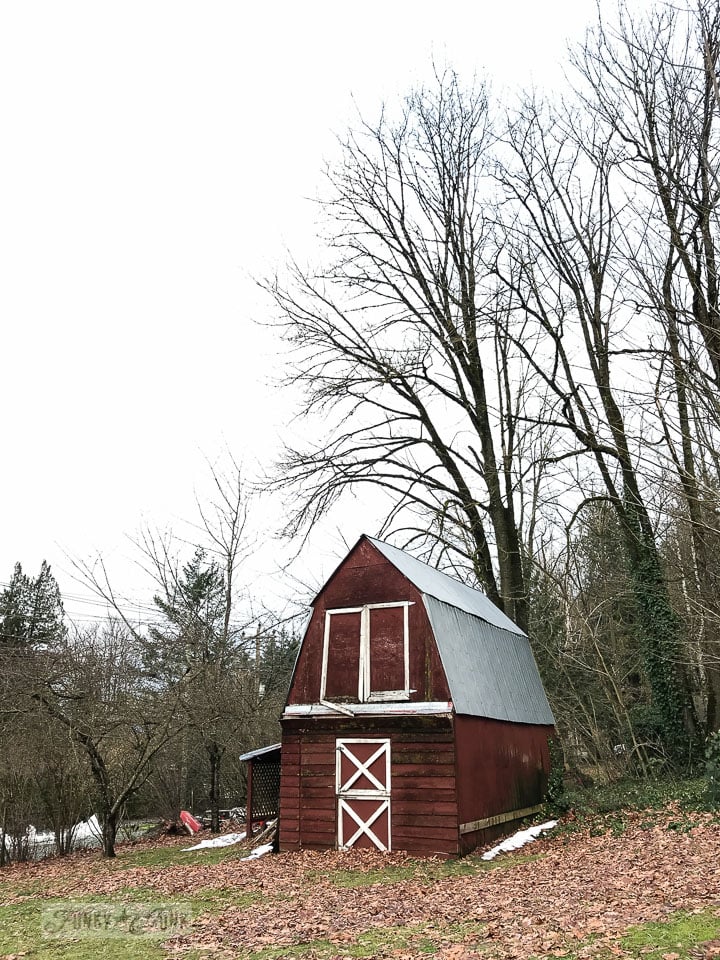 Yesterday was NEARLY thee day… but not quite.

I had been patiently waiting for the remaining ice on the road to leave the premises so I could finally hop on my bike and hit the trails. However road shoulders were still inhabited by those annoying little ice glaciers.

So I set off on foot instead, up the little mountain behind my house.

I’ve actually been walking on a daily basis, even if just down the road and back, because I’ve been fighting a few challenging thoughts. I’ll get into that in a minute. 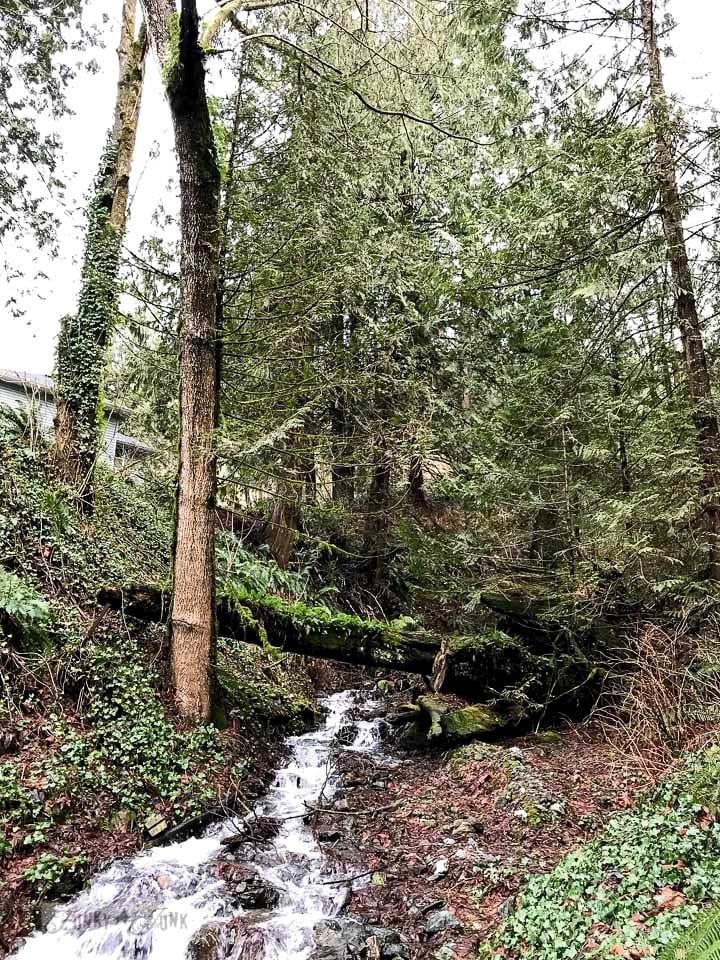 The walk yesterday proved to be one of my most favorites in awhile. Trickling stream after mini waterfall, over and over, no matter where I went. I guess melting snow has its merits. 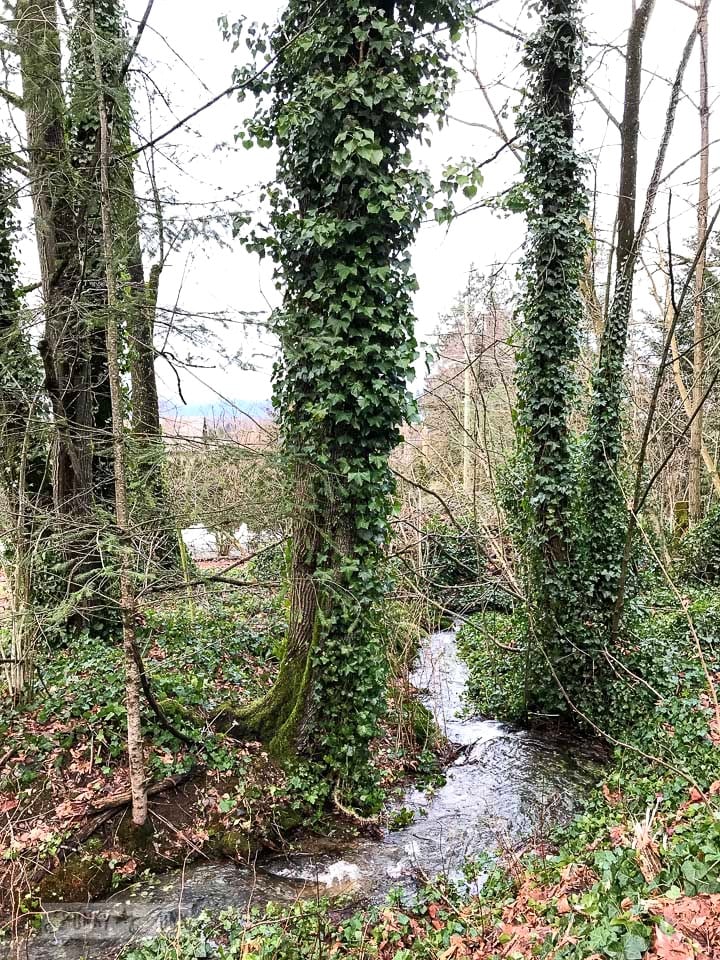 Nature ALWAYS seems to perk me up. I think it also has something to do with being outdoors, period. The inside of my house starts to feel dark by 3:30 if not sooner on overcast days, and it’s… well, kinda gloomy.

Which brings us over to today. Convinced there was enough road shoulder to give the bike a whirl… 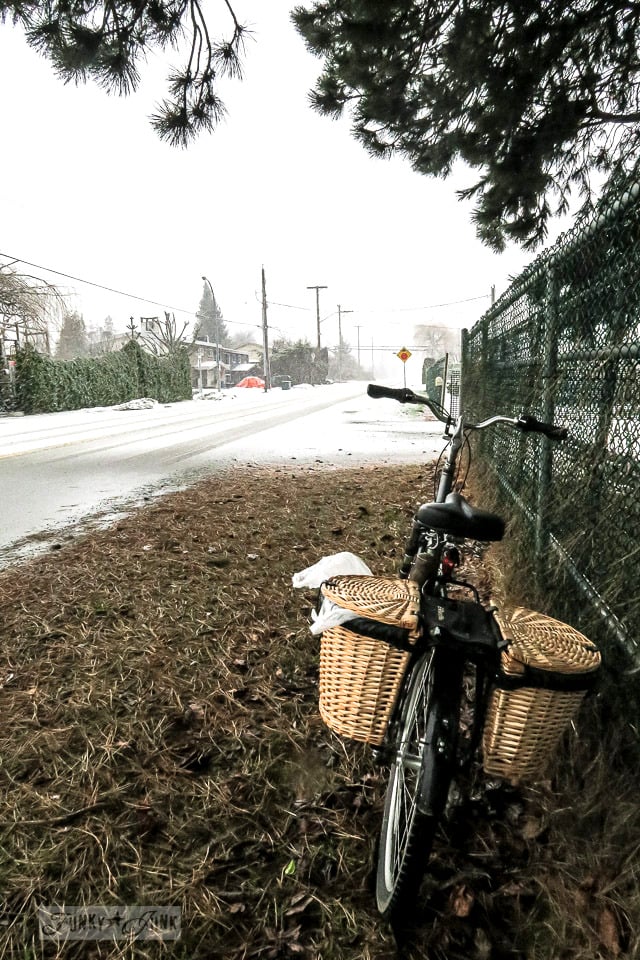 … my bike met a new snowfall. 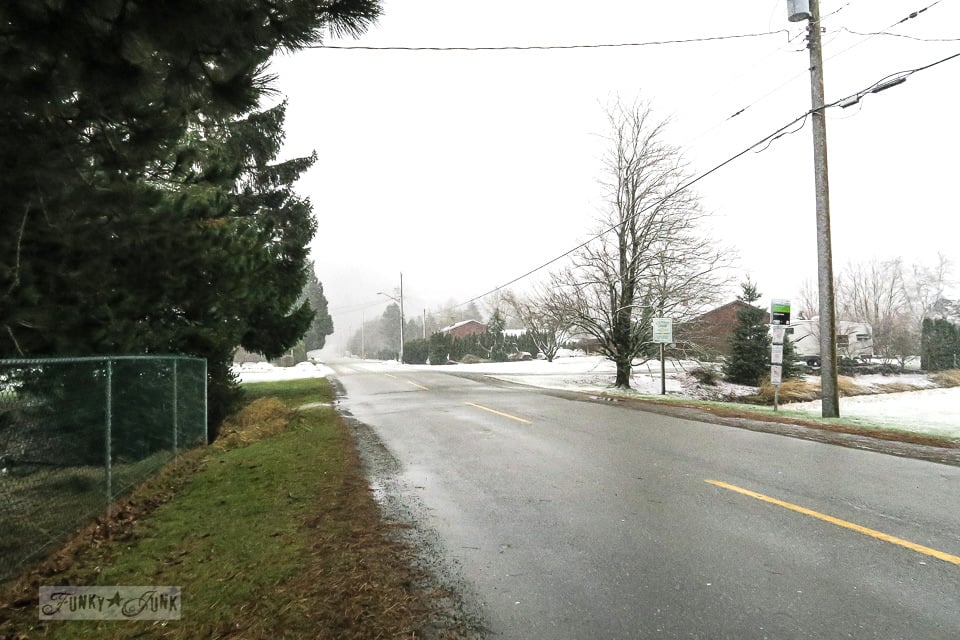 And I swear, I do believe I found the snow equator! Here’s the mountain side of the road… 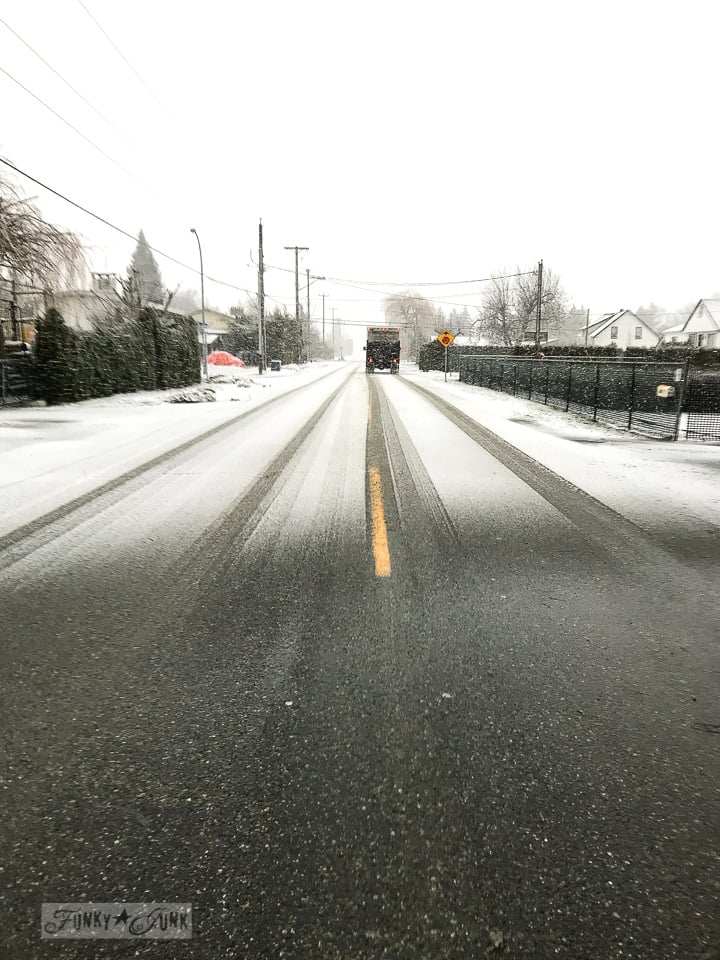 and the river side.

And since I was bundled up with 2 pairs of pants and 2 jackets, I was not going to let this stuff defeat me. So off to the mountain I head. 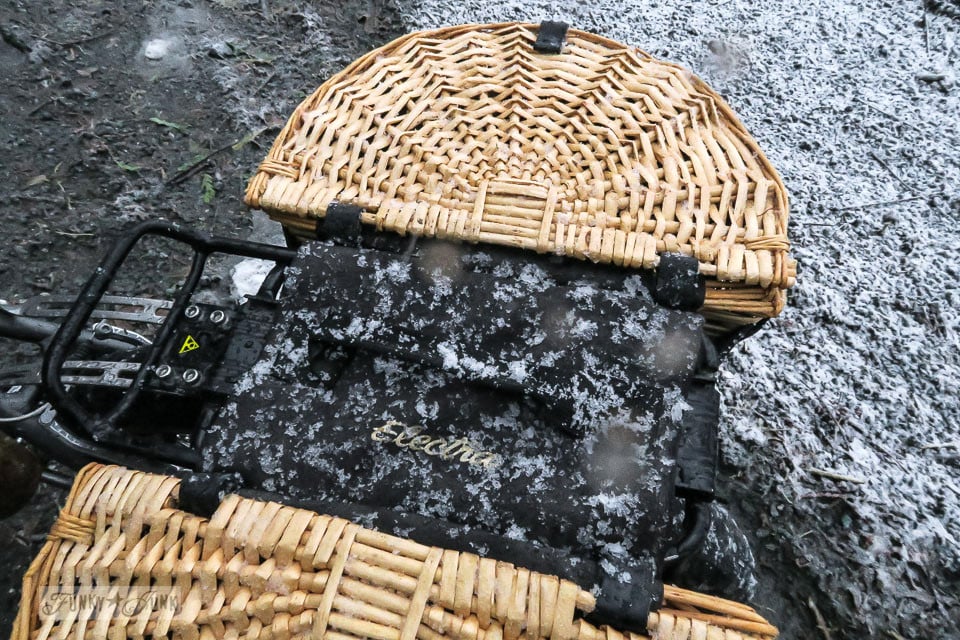 Something I didn’t calculate was how hard pelting snow hits the side of ones face. Whoops.

So covering up the wind side of my face with a big floppy mitt, I peered down the road with one squinting eye and bolted for that mountain.

It was weird though. I guess there was just enough slush on the road to make my tires feel flat, although I had just topped them up with air. 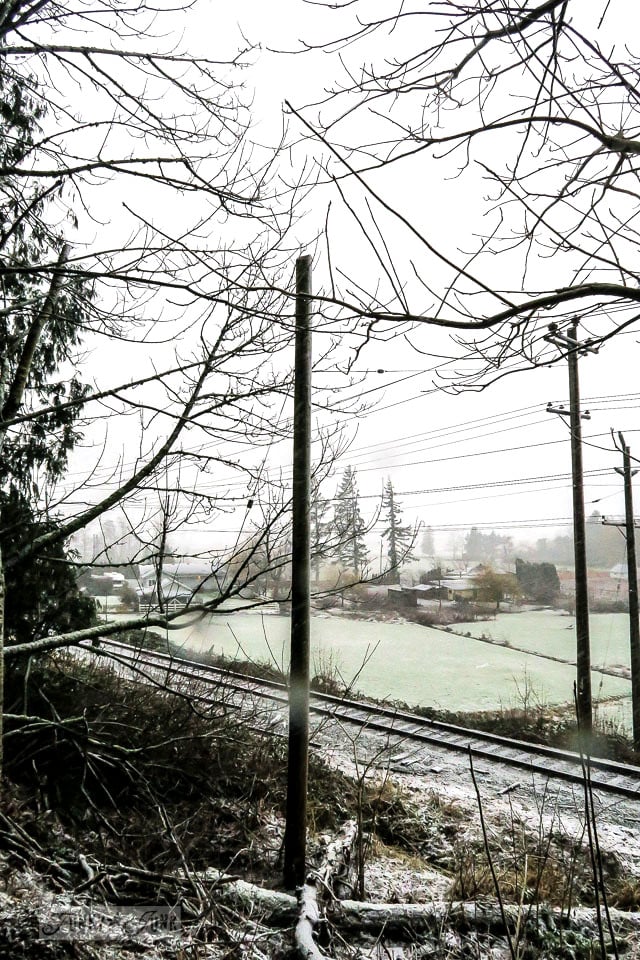 I was just happy to be out here. And on my bike! VERY VERY happy.

Because a few challenging thoughts have taken up way too much residence of late. And it’s time to nip them all in the bud! One at a time.

So, because life isn’t always a fun jaunt in the snow on a bike, I thought I’d share what’s been on my heart lately. 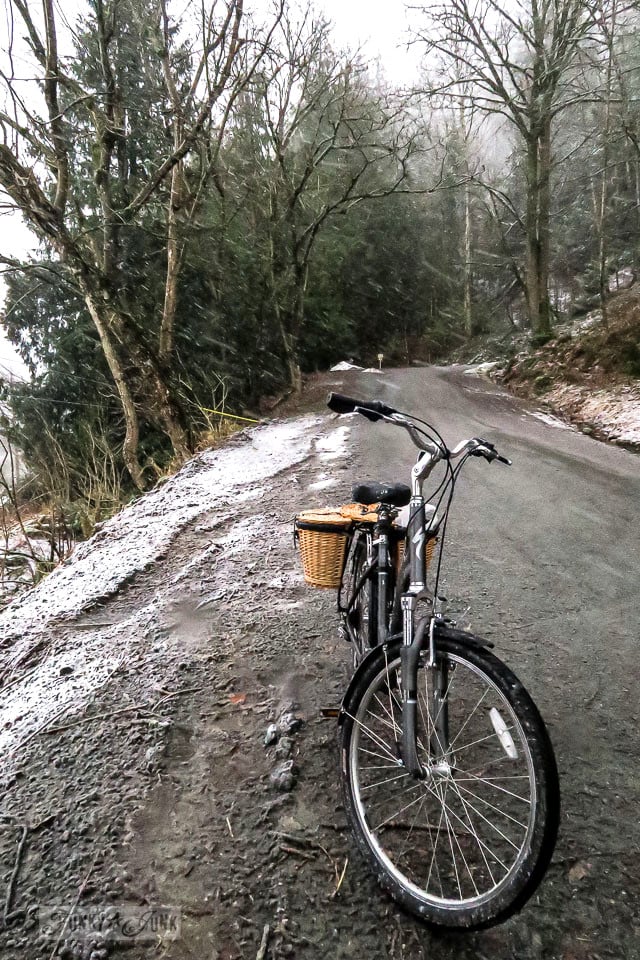 Next Friday, I am scheduled for my first ever surgery which will be on my foot. Some extra bone popped out of the top of my foot kind of like a bunion, seemingly overnight. Over the past year I have been careful not to walk much due to discomfort, but rather ride the bike, which hasn’t been an issue at all.

Even when I went to Maui, I was careful how much walking I did. I found ways to get around it, but if I ever wanted to go on real walking tours, like on some far off new adventure, I’d need this dealt with.

After waiting nearly a year for the Dr. appointment, (egads) he rushed the surgery from a 6 month wait to 6 weeks. Just to rule out anything iffy. The odds are low.

Ever since getting the surgery date, I was looking for excuses to not go through with the surgery. My foot didn’t ache ALL the time, so I told myself there was nothing really wrong with it and who cares if it looks odd. However after I fired up my walks the past few days, I was reminded once again why I went to get this investigated in the first place. Ouch.

So anyway, I’m nervous about the pending date, so my focus has been really scattered. I’m trying hard to fill up my head with good stuff to forget the hard stuff, but I get easily sidetracked with appointments, lab tests, yadda yadda.

The good news is, once this baby is a done deal, I may plan that first time off North America dream trip in 2018 yet! What an ultimate gift. 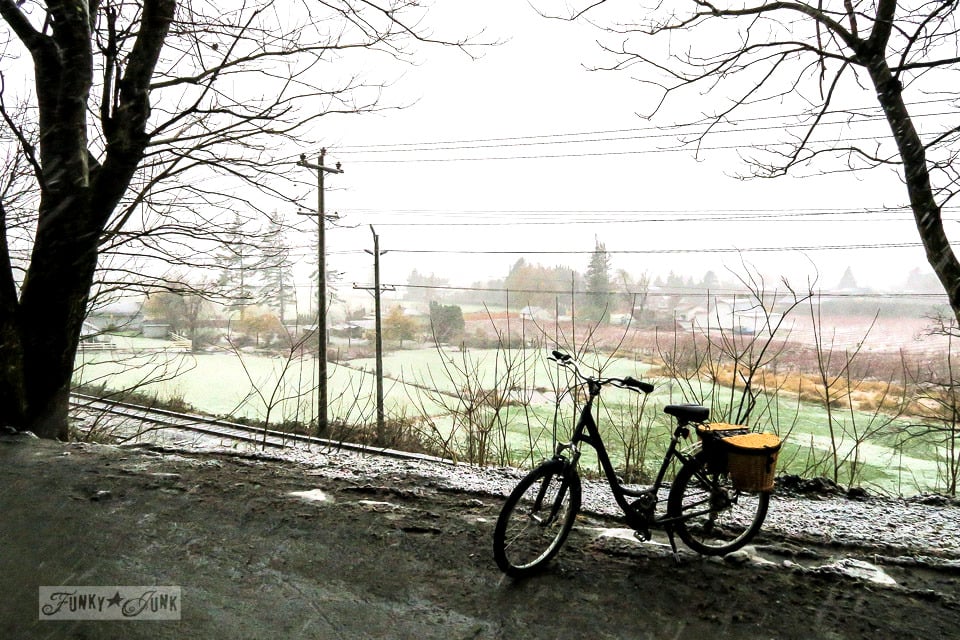 Challenging thing #2. The tooth must go.

I’ve also been working through an old root canal issue that I’ve had redone 2 more times now. And it’s proved at this point that all efforts have failed. So I’ve now scheduled for it to be pulled next week.

This was a HARD decision I put off terribly, because I don’t want to lose any more teeth. I have quite a few missing molars so it’s getting tricky to eat.

However I’m eager to get this one crossed off the list so we can start another VERY big project…
.

Having failing teeth pulled out is one thing. Having them drill metal screws into your jaw is quite another! I’ve been debating on getting some bridges instead of tooth implants, but every time I think that’s what I’ll do, I seem to lose another tooth that the bridge would have needed! So, some implants are just needed. Especially if I ever want to smile big again.

I can’t remember the last time I allowed myself to grin really huge. If I turn to the side, I feel like I’m ready to be lit up for Halloween! No worries, I chuckle about it. Just with my mouth closed… (heh)

Bet not many of you can actually thought a smile was such a big deal, huh? Well, it sure can be to some. I’m always thinking how LUCKY someone is to smile so big and beautiful!  So I aim to finally do something about it.

Turns out, the fella that’s pulling the tooth is the implant expert. So there you go…
.
…

The other thing I’ve been working through is what I’d consider cabin fever. From Christmas through New Years, locked in at home from a massive ice storm had me chattering non stop to my poor cats.

But life was still too quiet. So I made myself MOVE. I went to the local coffee shop, cleaned up Christmas, decorated for winter, visited some neighbours and happily watching too much Netflix.

Have you seen Anne yet? I’ve now watched it twice. Adorable!

The good news is, the extra activity has been helping a great deal. I feel normal most days again, but every so often the hood and guilt starts to slip over my head. Staying busy or just giving myself permission to take a relaxing day off does help.

And if nothing else, I just go for a walk. 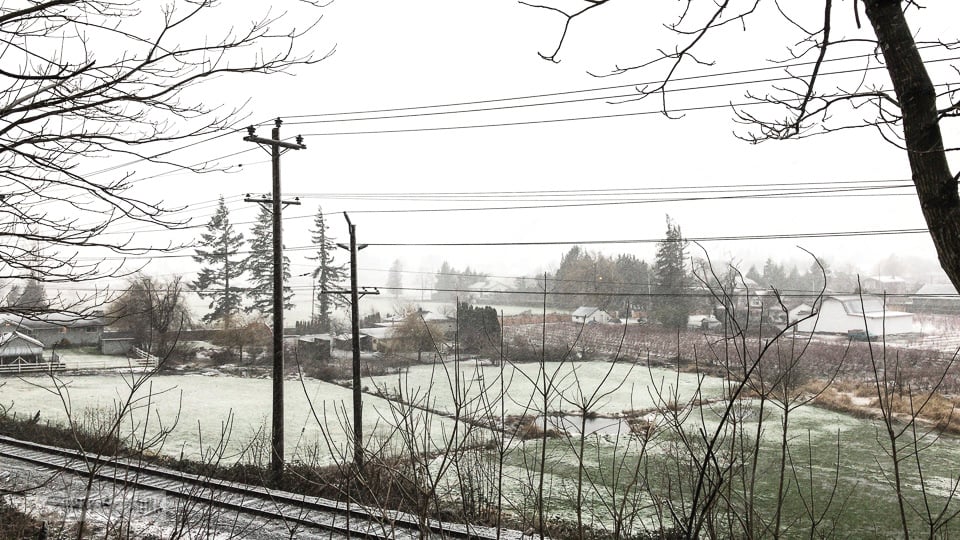 There have been other life happenings too. My truck has been super glitchy lately and feels unreliable. So every little grind or clunk has me panicking and taking it back in to ensure I won’t need a tow truck.  The good news is towing package is paid up so I’m good there if it dies on me… (eye roll)

I’m still holding out for a sale of some kind, and honestly, I’d rather have teeth first if the wheels are still in motion on the old rust bucket. I guess.

I just know I’d be a whole lot more adventurous with nearby travels once I had a more reliable ride. Would you like to see Vancouver Island? And some of the nearby states along the west coast? ME TOO!

So, I hope you’ll excuse my lack of creativity lately. It’s a time filled with many repeat appointments, and now making lots of food in preparation for some downtime while I heal up as I won’t be able to drive for about 2 weeks. Maybe I should share some recipes…

At least sitting at a computer shouldn’t be a problem, right?!

It’s funny. During my walk yesterday, I was lingering too long in a negative zone, so I pushed myself HARD with good thoughts and said these things right out loud.

From ‘My foot is so gonna HURT!” to “I’ll be able to do lots of walking in Ireland and/or Scotland!” But we’ll chat about that challenging thing another day.

From “I can’t manage the mere thought of all this pulling and drilling and freezing needles and calling on others for needed rides…” to “One day I’m gonna have the best smile ever!”

From “This dull time of year is hard.” to “As soon as these silly things are all done, I’m going to call my friends over for coffee and go visit family!”

Self affirmation helped too!

So, if you wouldn’t mind keeping me in your thoughts and prayers over the next week, I’d soooo appreciate it. 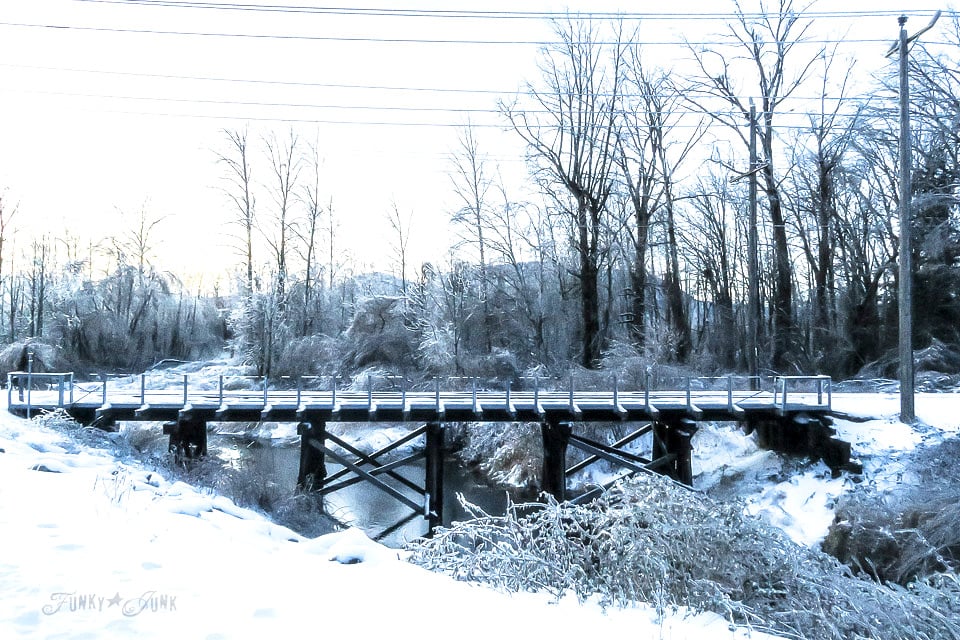 Just think… my body will be nearly brand new again!